Game of Nations: Epic Discord – Battle of Nations: Epic War is a very beautiful and entertaining game with a very lovable and exciting style from the Irish studio Erepublik Labs for Android devices. This game has been released for free and is available to Android players around the world with in-app payment capabilities. Usroid once again, as the first Iranian website, prepares, reviews and publishes another game on the web and invites you, dear ones and fans of role-playing and strategic games, to have a fun and beautiful game. Experience. Erepublik Labs is known for making combination games in strategic, tactical, managerial and role-playing styles. This game company, using the most creative ideas, has designed and produced various games in these genres, and Game of Nations: Epic Discord is undoubtedly one of these games, which in this article from Usroid site intends to introduce We have it. The game is in fact a creative combination of management, strategic, clicker and most importantly role-oriented (RPG) styles that are put together in the best possible way to create an attractive, fun and professional title.

In Game of Nations: Epic Discord, as its name suggests, you will enter the world of battle between famous nations and civilizations of Ancient Greece with myths, Rome, Vikings and other ancient civilizations. You will try very breathtaking and sensitive competitions for the survival of your nation and civilization. Since the main nature of the game is the role-playing titles, an important part of the game is related to the use of different heroes, each of which has special and unique features. You can build a stronger and more professional army by unlocking them and adding these heroes to your forces. Also in Game of Nations: Epic Discord, it is possible to upgrade forces in several levels to make the game process more professional and challenging than it seems. You must fight for honor and at the same time for survival! Your job is to travel to different parts of different lands of different civilizations. Traveling anywhere, you have to fight the enemy that occupies that area to expand your borders and have a greater civilization. Game of Nations: Epic Discord game has two main parts: stage (campaign) and competitive part (Arena). You can participate in online PvP competitions and fight with others to get better rankings among the players of this game. The battle game of nations, although it has simple cartoon designs, but its gameplay and action can make you happy. To experience this game, go to Usroid box now and download it for free from the direct links of the site.

Note: The game mode version has a cheat menu at the top-left. Click on it. 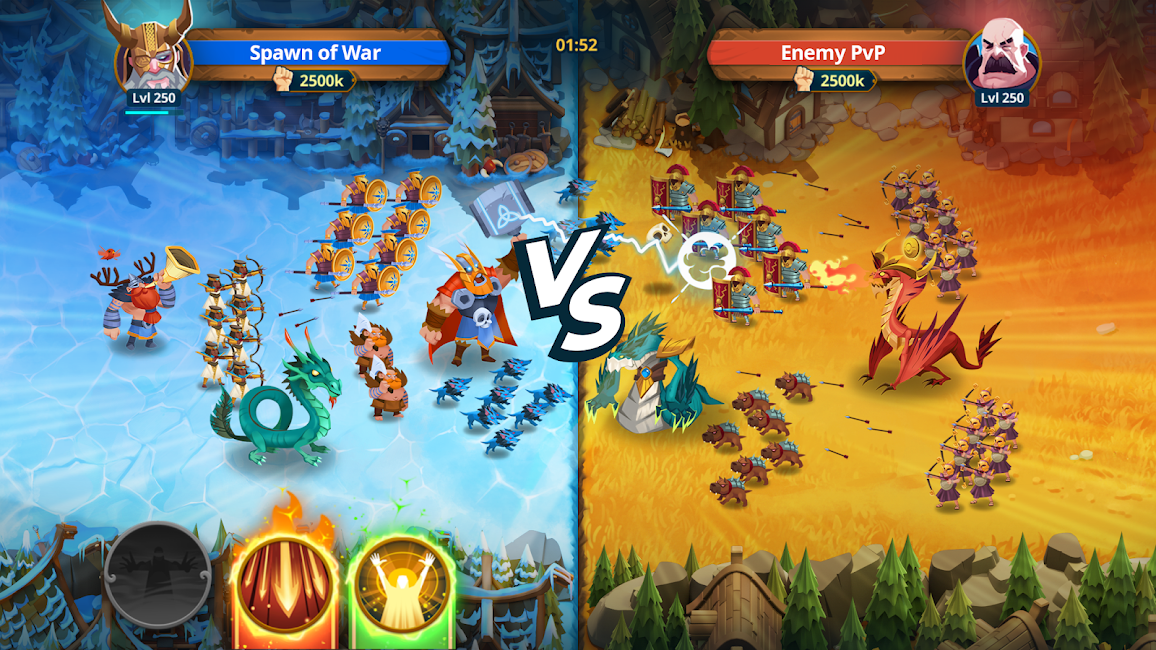 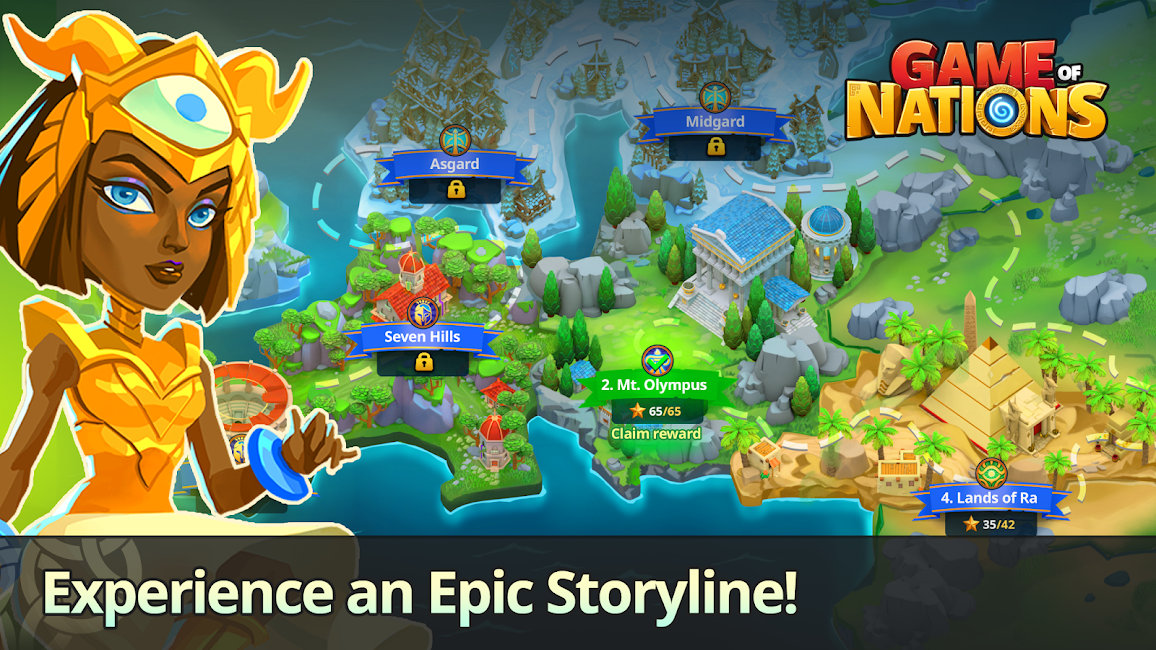 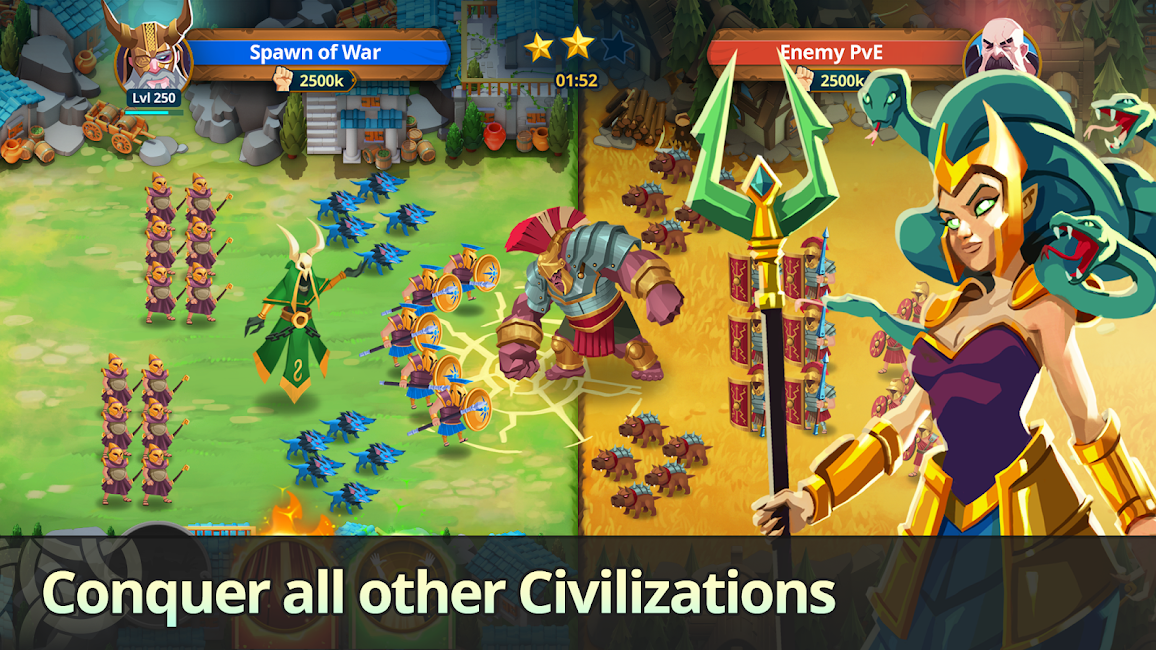 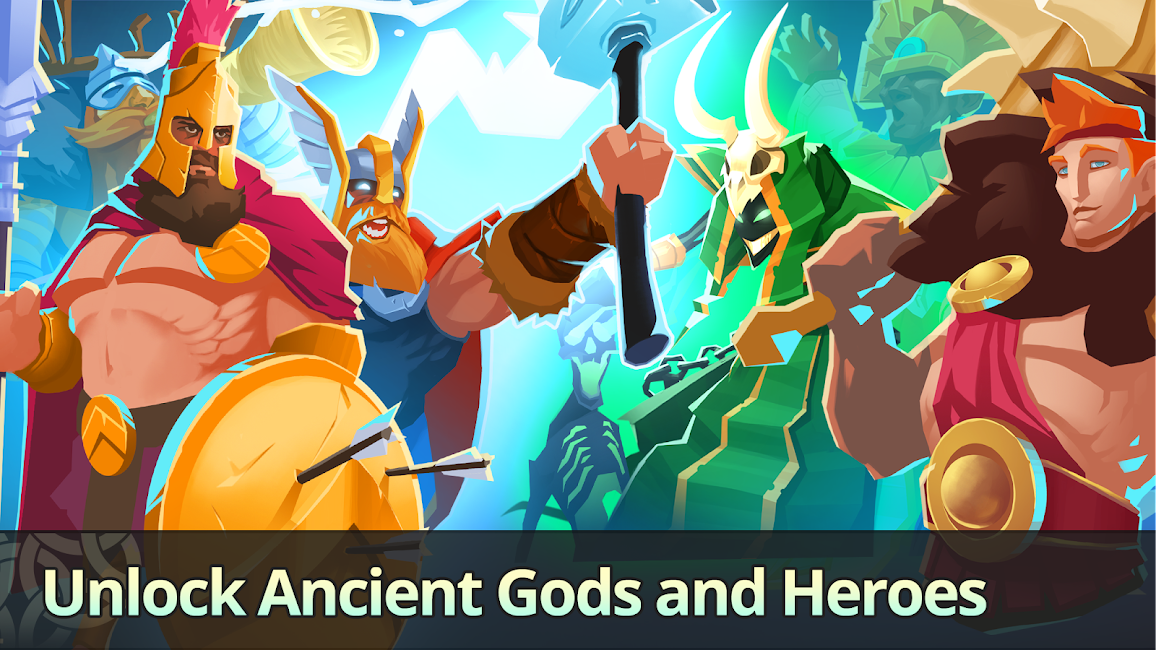 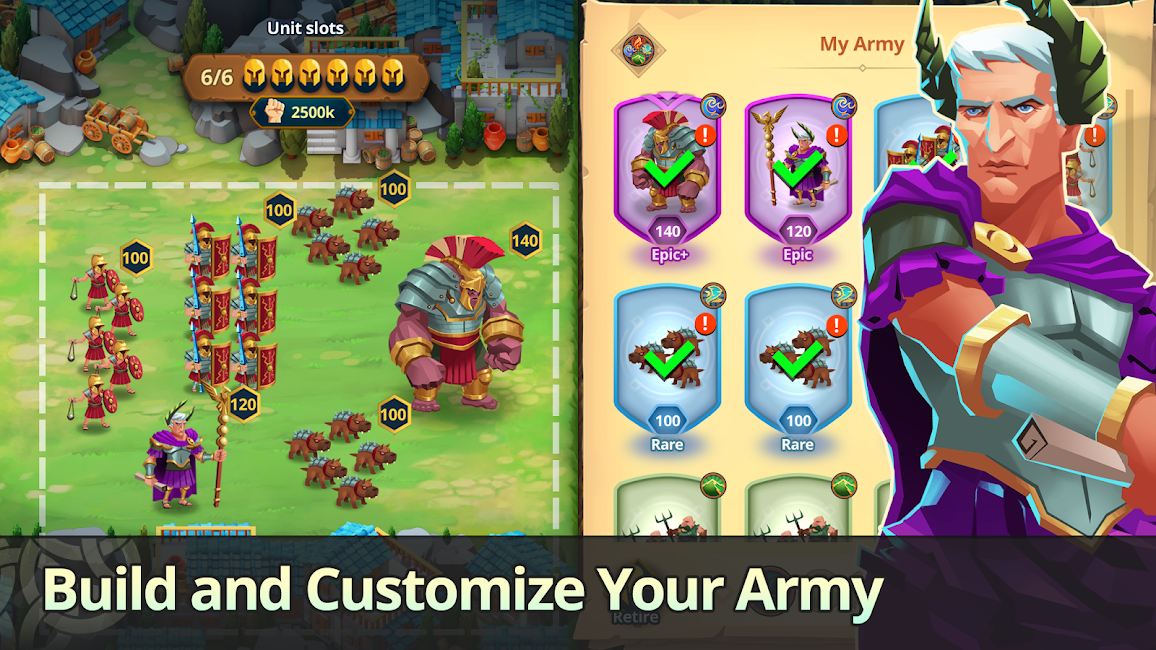 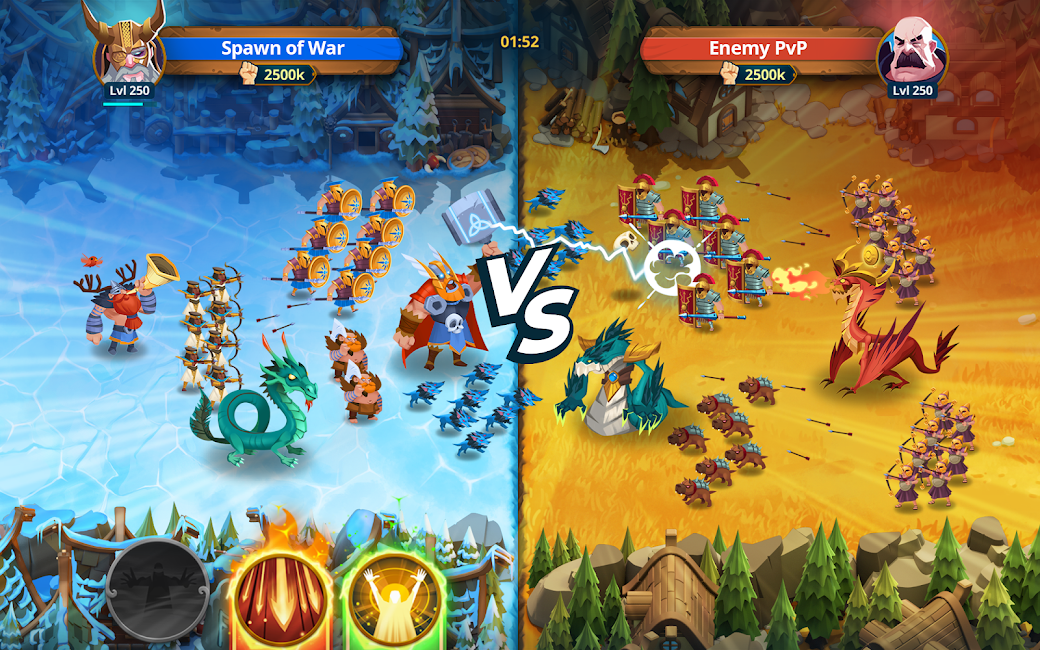 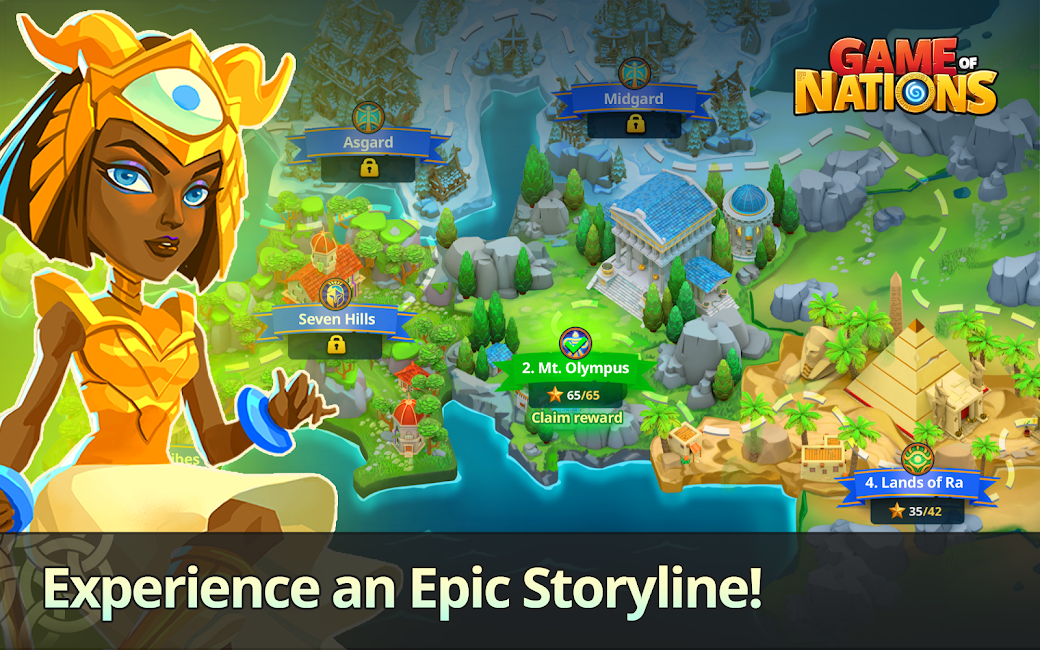 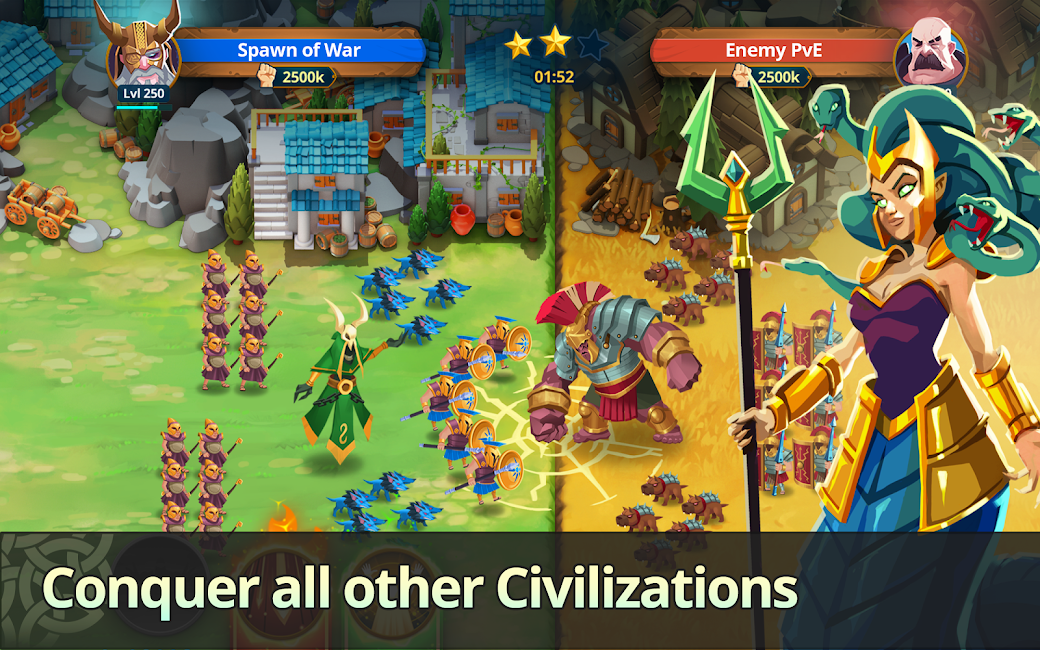