Gang of Four: The Card Game – Bluff and Tactics – Group Four: Bluff and Tactics is a board game developed by Asmodee Digital Game Studio for $ 3.49 Made and published for Android device. The game studio has already released other successful games, including Takenoko: the Board Game – Puzzle & Strategy. As the name implies, Gang of Four: The Card Game – Bluff and Tactics – is a board game that uses elements of card games, and if you are a fan and fan of these games, we recommend this game. Do not miss the fascinating and fun. You may not have heard the name of this game less among card games, but it is interesting to know that Gang of Four has a long history. The term was first used to describe the four powerful Chinese communists who came to power between 1966 and 1976. The group was led by Jian Jing, nicknamed Madame Mao, and had been able to dominate China’s economy and culture for years. The group was later captured, ending its domination of China, ushering it into a new era of history. Years later, a man named Li Yi wanted to play the riddle, the conspiracy, and the struggle for power in the form of a game. Like Gang of Four, this game is an endless struggle for power and supremacy, where the weak are destroyed and the strong remain. Powerful players, like powerful people, must cleverly and ruthlessly take their opponents off the field and win the game. 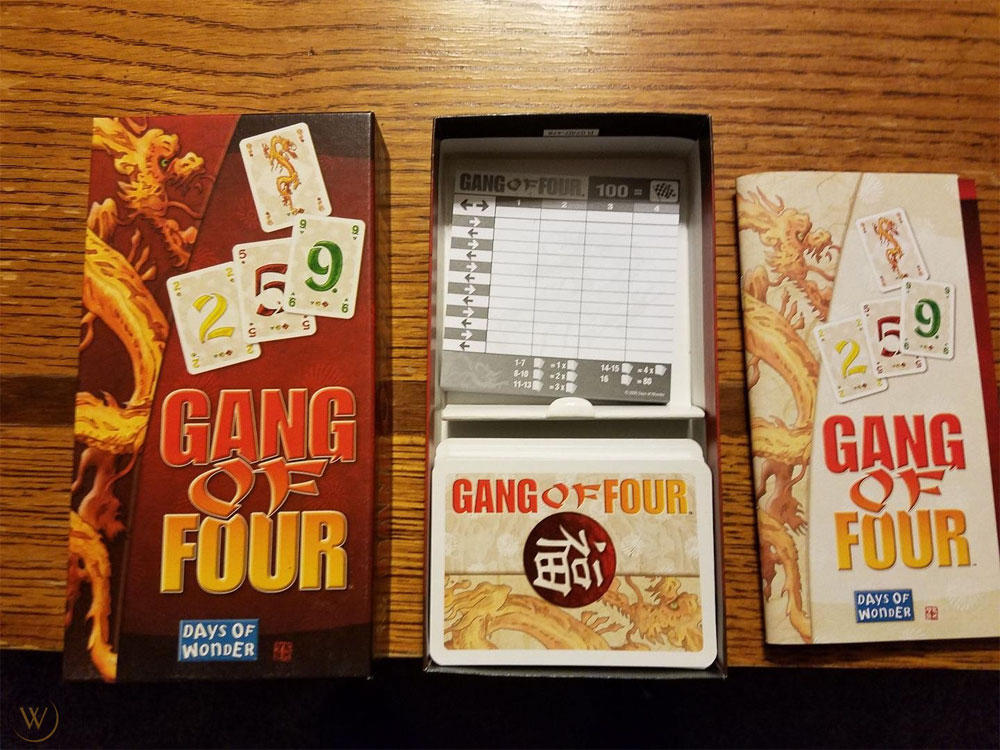 Gang of Four: The Card Game – Bluff and TacticsIt has 64 cards, 60 of which are in numbers 1 to 10 in 3 colors red, yellow, and green, and the other 4 cards are special cards, one of which is a rainbow, one of which is a green phoenix, one of which is Yellow phoenix, and one of them is the red dragon. At the beginning of each round of the game, the cards are dealt and the players receive 16 cards. The main task of each player is to get his cards out of his hands earlier than other players so as not to receive negative points. The method of removing the cards is very similar to playing poker, and to play you must have relative information about playing poker. For example, a pair of cards, four similar cards, a bluff and other methods. As soon as one of the players loses the cards, a period ends and according to the cards left in the players’ hands, the points are added and the next period begins and this cycle continues for some time. They find that one of the players reaches 100 points. In this case, the game ends and the player with the lowest negative score will win the game. Despite all the explanations provided, you may fail many times at first, but you can be sure that with patience you will be able to learn all the details of the game and master it completely. Of course, as mentioned earlier, relative information about the game of poker is required. Overall, this game has good positive and fun features and can be considered a good score for it. Visually, the graphic space of the game is beautiful and eye-catching, and its artistic effects and symbols are rooted in Chinese culture and bring a unique atmosphere. The controls are very simple and all the operations of the game are easily done by tapping and sliding on the screen of your device. TeamUsroid intends to provide Gang of Four: The Card Game – Bluff and Tactics – to you dear ones in a tested and free form. At the end of this article, you can download this game from our servers with just one click and enjoy it!

– Download the data file and decompress it. Copy the com.asmodeedigital.gangoffour folder to the Android / Obb path of the internal storage. 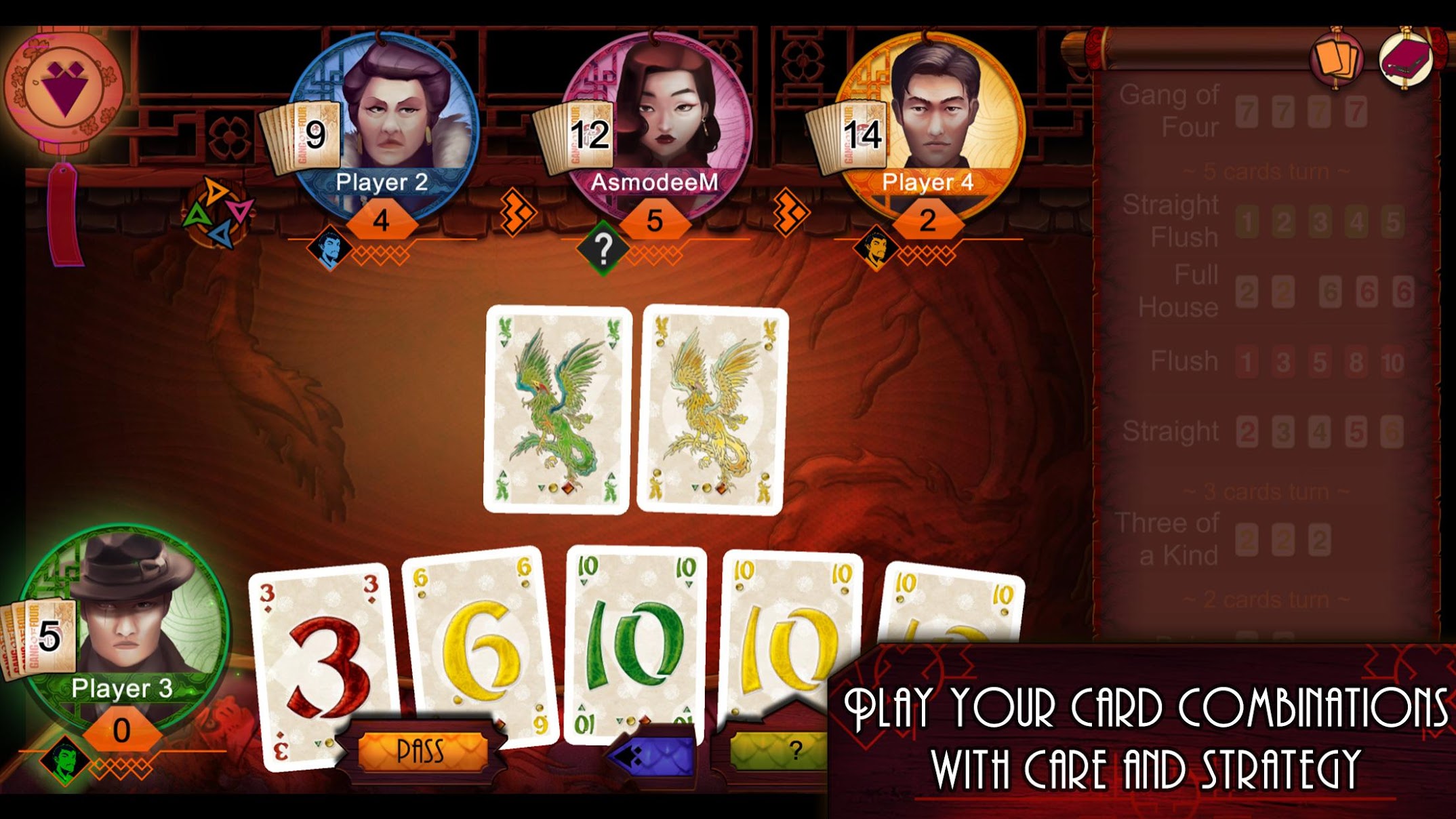 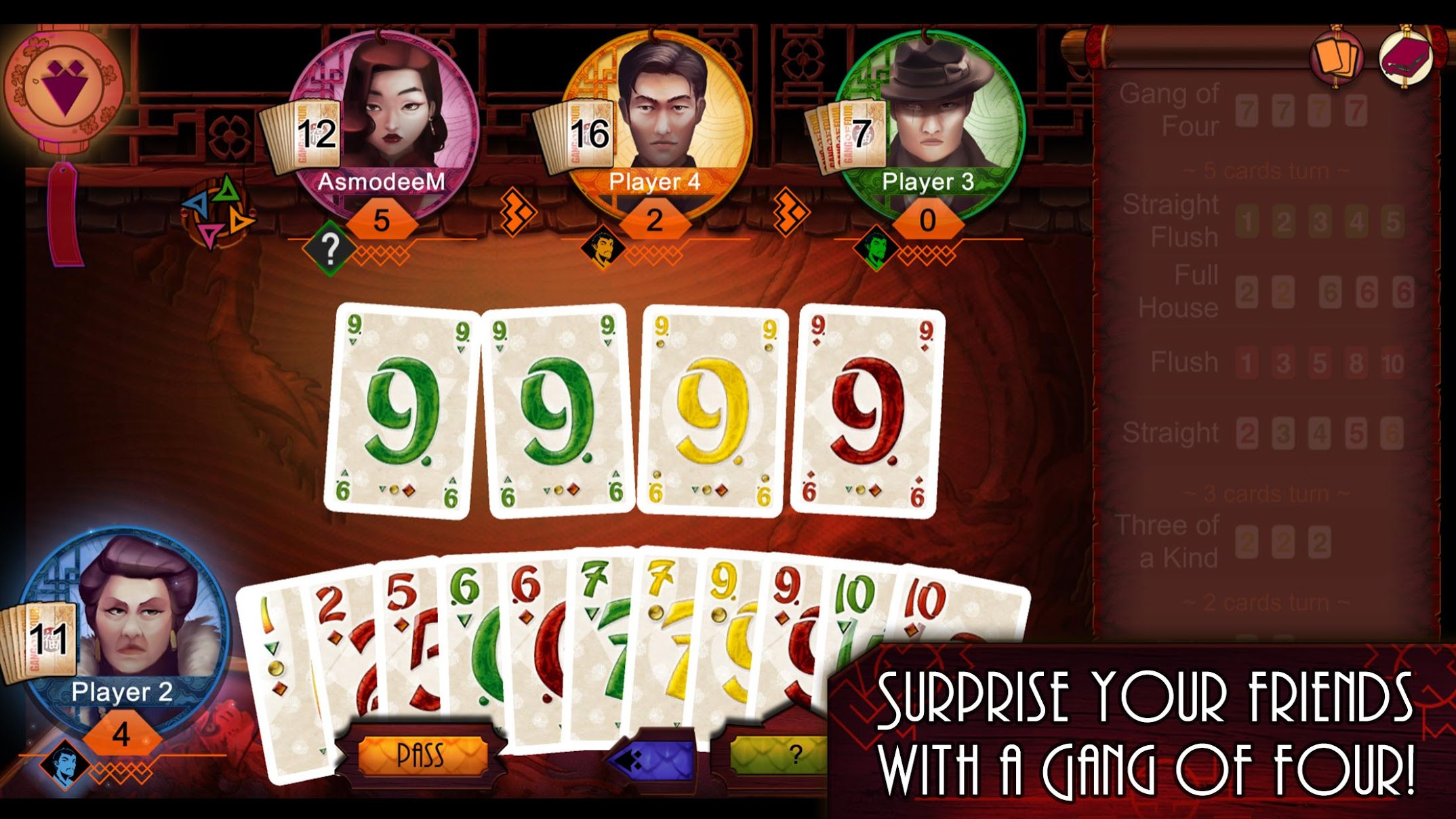 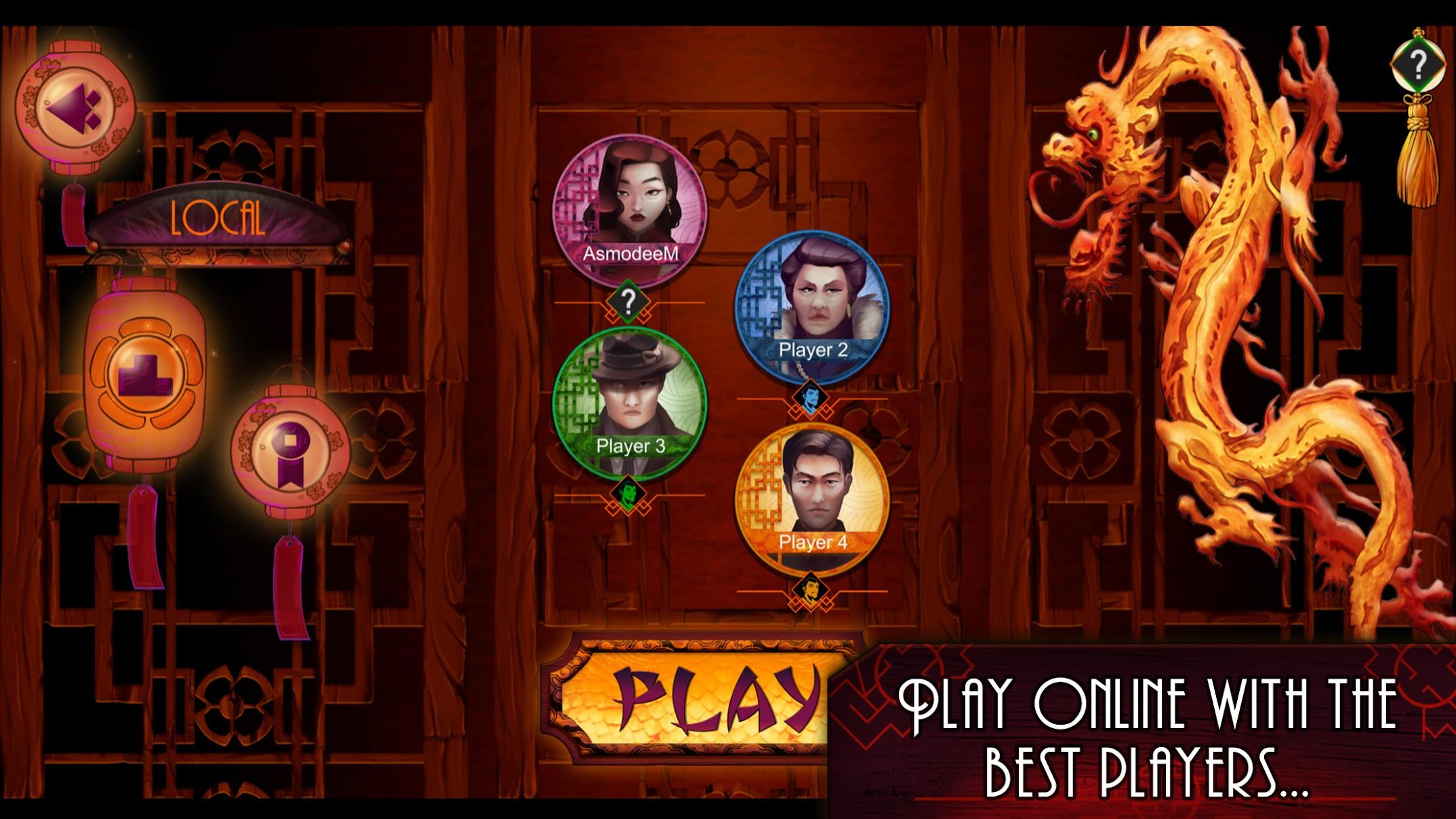 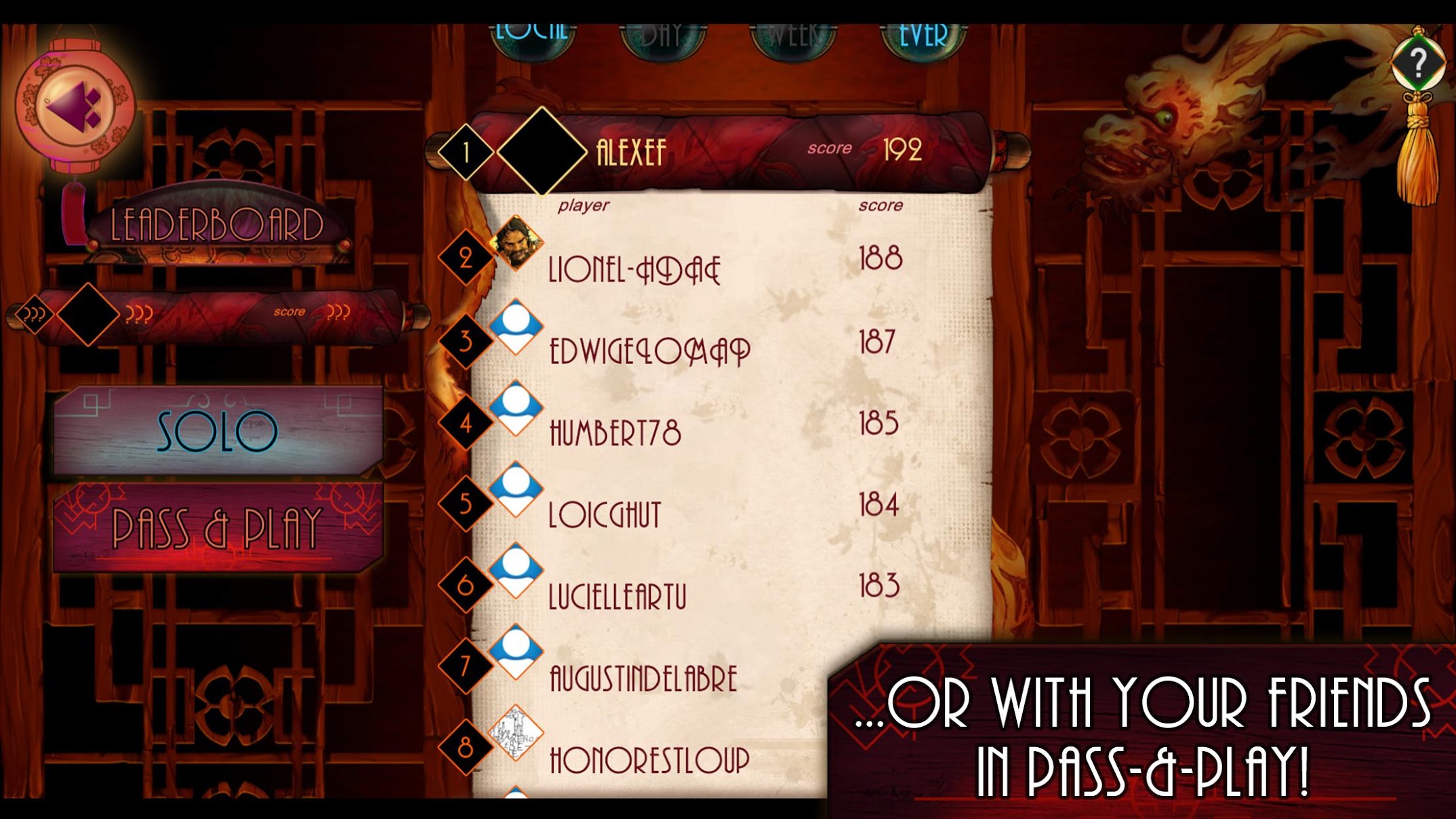 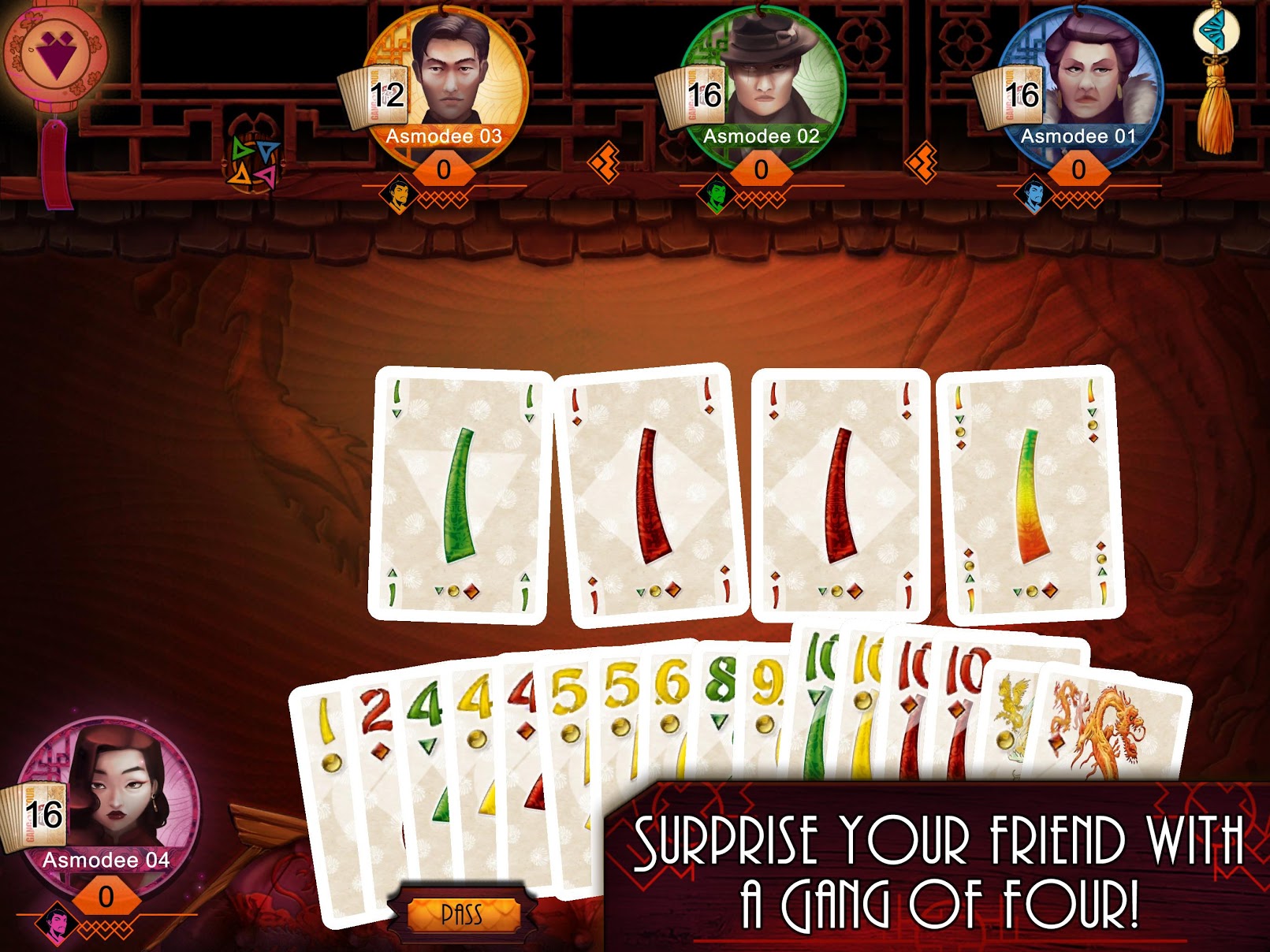 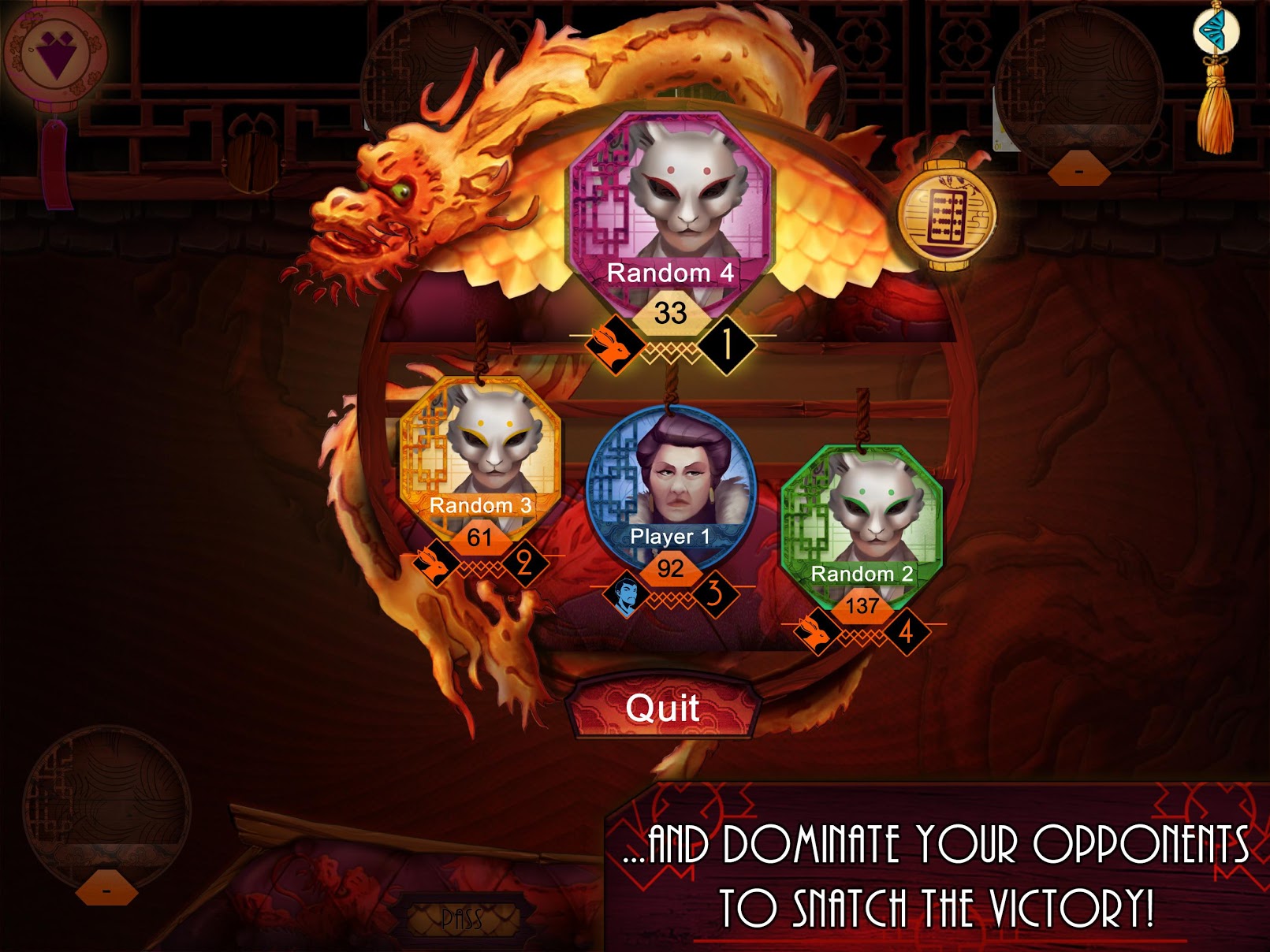 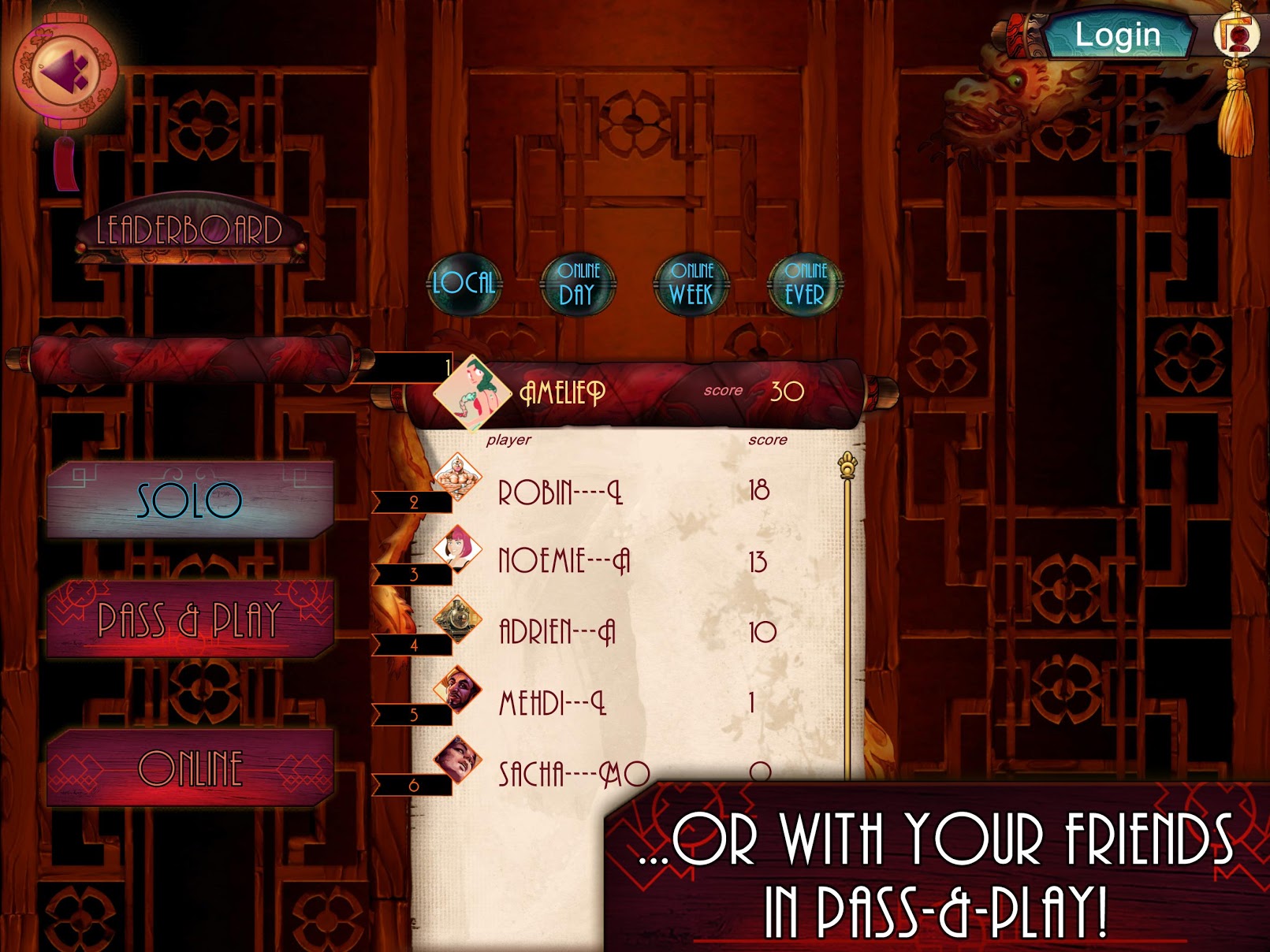