Garfield Kart in Persian (Garfield Card) is one of the most beautiful and exciting racing style games for the Android operating system , which has exactly the same gameplay as the popular Crash game, in which you join Garfield and his friends and experience the fun. You bring the most part of car racing game in Android Fontan. In this game, you can enter single-player and multiplayer (multiplayer) by choosing your favorite character in very exciting matches and take your opponents out of the tournament one after another!

In this game , different types of cars are provided to the player and he must use it to compete with opponents in different routes of the race, and if he sees the situation as appropriate, use the bombs and various UPS powers available. Slow down and stop the opponents from the match and overtake him to reach the finish line as fast as possible. The game takes place in amazing and three-dimensional places such as the city environment, forest, etc., where you can achieve new achievements and double the excitement by advancing the steps.

* Ability to play online and multiplayer with other users playing on iPhone, Windows and so on

* Having three difficulty levels 50cc, 100 cc and 150 cc with the ability to be selected by the player

* Use your driving skills including jumping and using shortcuts

* Having 2 types of control system: gyroscope or touch buttons

Garfield Kart game is currently sold in the Android Market at a price of $ 1.12 . Today, in Usroid , as the first Iranian website, we have put the latest version of it with a data file for you, which you can download with one click. Get it for free. Join us to view images of the game environment and download its trailer … 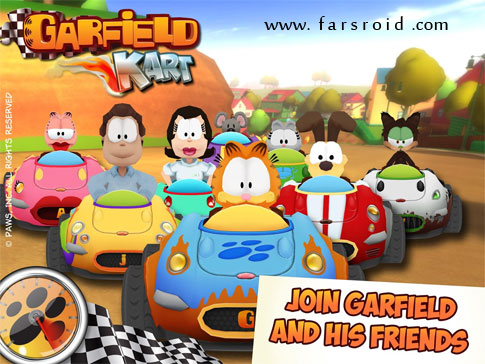 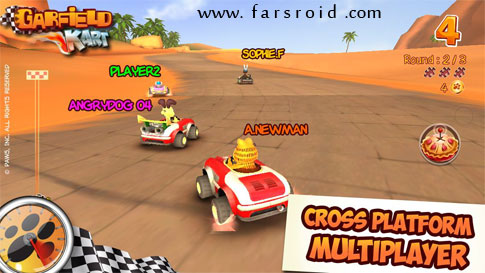 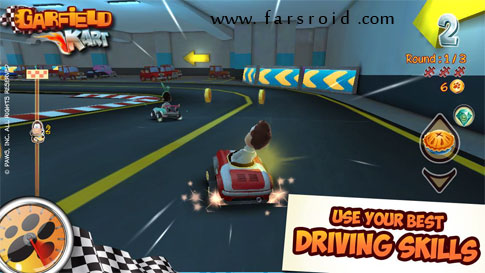 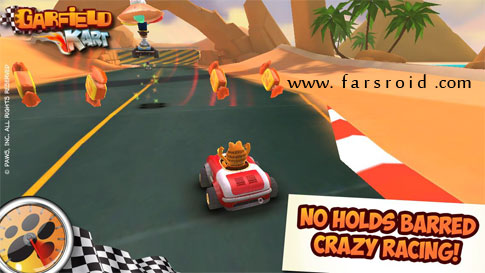 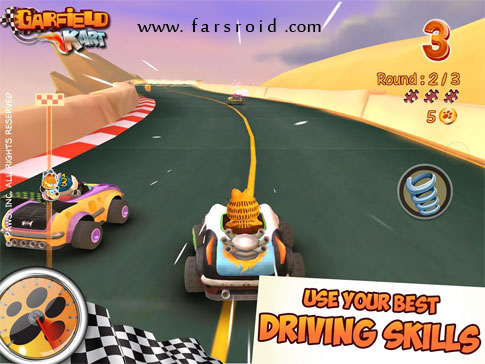 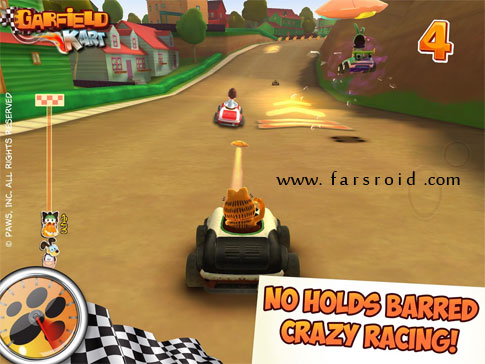 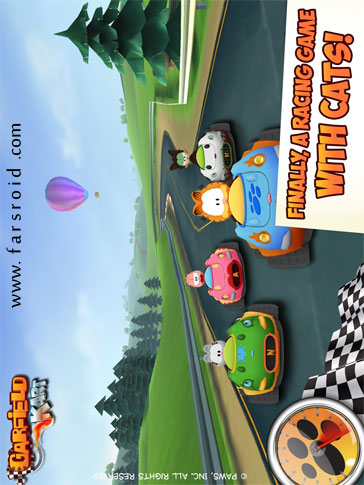 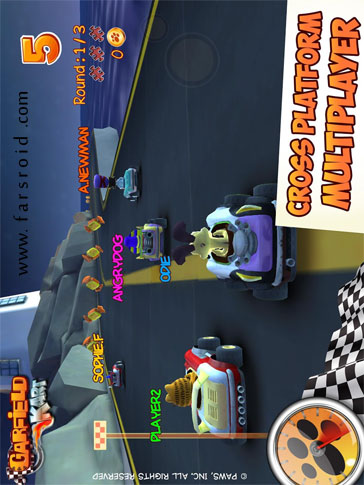 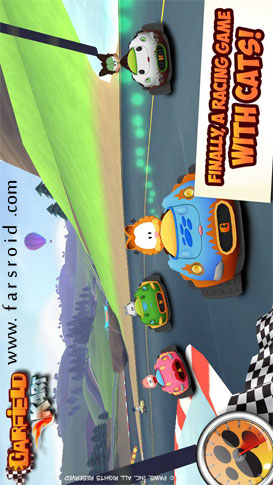