GEARS & GUTS is one of the most addictive and exciting war machine and zombie killing games in the style of action and arcade games made by Glu Mobile game company for Android operating system , which puts you in the role of a driver of various machines to destroy Win the zombies! The story of the game is that the whole city is full of zombies and wherever you look, you see zombies and the hope of all the people of the city is for you to destroy them! It’s your turn to get in your car, speed up, use nitrogen and take down any zombies in your path!

It’s time to dump some blood on the road surface; You can use destructive weapons to crush all kinds of zombie monsters one by one with a car and destroy them with a gun. This game is undoubtedly one of the best Android zombie games in which sometimes you have to fight with strange and giant three-headed zombies and monsters, which have a much larger body than your car, which is very challenging! Do you think a car can survive in the face of hordes of zombies and destroy them all !? Everything depends on you!

* Take possession of a variety of vehicles to subdue zombies, including trucks

* Being a variety of destructive weapons and explosives to destroy zombies

* Car racing and catching zombies in various places, including the city

GEARS & GUTS game, after a long time since its release, is still one of the best games in the Android market and has a score of 4.4 out of 5.0 , which we have put the latest version of it for you in Usroid today, which you can refer to To read more, first see pictures of the game environment and then watch a trailer of it if you wish! Be with us and Usroid …

– Select and install one of the two installation files as desired.

– Download the data file and decompress it with the password www.dl.www.farsroid.com. Copy the com.glu.carszombies folder to SD: Android / obb. 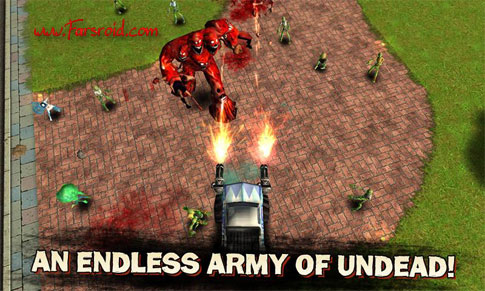 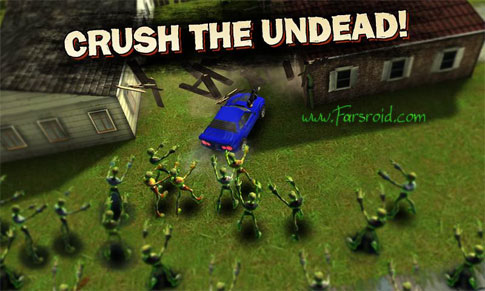 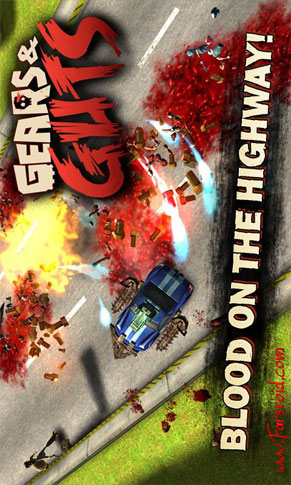 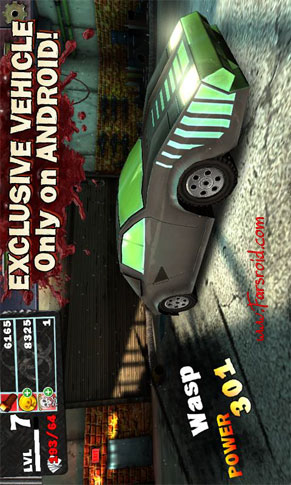 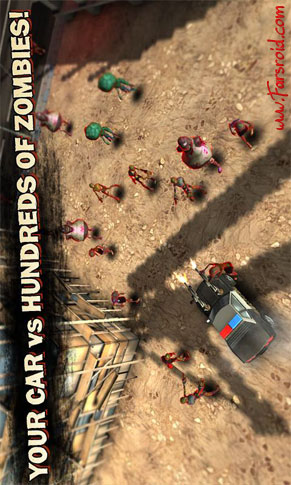