Gladiator: Hero of the Arena – Gladiator: Arena hero is another very interesting and entertaining game from the famous and creative studio Lion Studios, which makes games like    Big Big Baller  ,  Flip Trickster – Parkour Simulator  ,  Love Balls  ,  Happy Glass  and  Slap That – Winner Slaps All is  for Android devices, which, like all games of this manufacturer, is made for free and has been released with in-app payment capabilities. This game is made and designed in a casual style. Before the release of Gladiator: Hero of the Arena, Lion Studios had released another game in exactly the same genre called Murder HornetIt was and we also introduced and published it in another article on Usroid, which you can download by clicking on the name of the game to refer to the page related to that game. Gladiator: Hero of the Arena is designed and developed with exactly the same approach as Murder Hornet. In Murder Hornet, you play the role of a killer red bee and at each stage of the game you have the task to destroy a victim. To do this, you had to fly like a rocket to the victim and poison the poor man with your poisonous bite. Now the same interesting style and context has been used this time in another game from the same studio. The game in front of you is called Gladiator: Hero of the Arena and is similar to the killer red bee game in almost all respects. The only important and main difference is the change of trend and its story from the modern world to the ancient and famous world of gladiators.

In Gladiator: Hero of the ArenaYou are in the role of a gladiator and a professional fighter in the era of gladiators. As you know, in the time of the gladiators, deadly competitions were held on a battlefield called the Arena, where skilled and skilled warriors took part in battles with weapons and fought with each other to entertain the emperor. . The important point in this deadly competition was that it was not possible in a battle, both sides of the war to survive and the winner of each war was the one who could destroy his opponent or rivals. In this game, which is a different simulation of the special world of gladiators, you are in the role of one of these fighters and you have to destroy your rivals on the battlefields. But wait. The game is not as you might think, and in Gladiator: Hero of the Arena there are no one-on-one battles. You have to destroy them from a distance by throwing various arrows such as bows or spears at rivals. How to play the game steps is that in each stage, you follow the game from the view of a single arrow (first person view). As soon as you throw that arrow, you can move with it moment by moment and at the same time change its direction. Your priority should be to try to get these arrows to the sensitive points of competitors such as their heads. You need to change the direction of their movement, which is displayed slowly, and also be careful of obstacles and the movement of targets. The whole game and the nature of the gameplay is such that it can not be considered a challenging and difficult title, and as is clear from the main style of the game, this game is just a hobby.Usroid Download the latest version of Gladiator: Hero of the Arena and install it on your Android device.

Note: In the mod version, your gold is infinite [and all equipment can be used], use gold to increase instead of decrease. 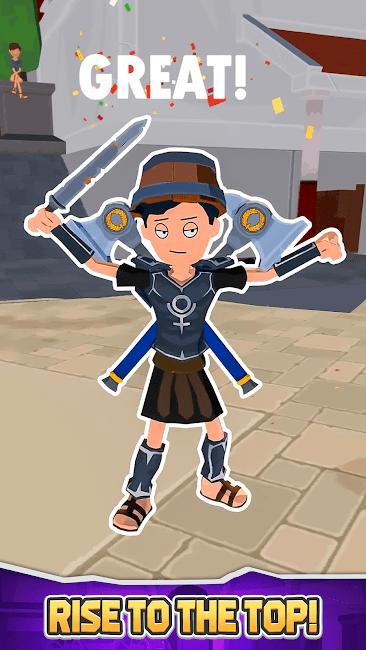 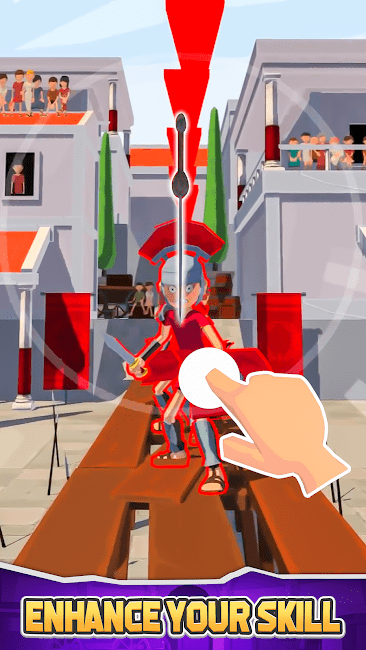 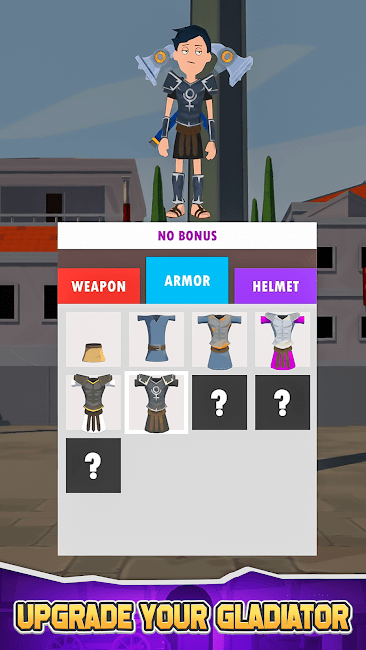 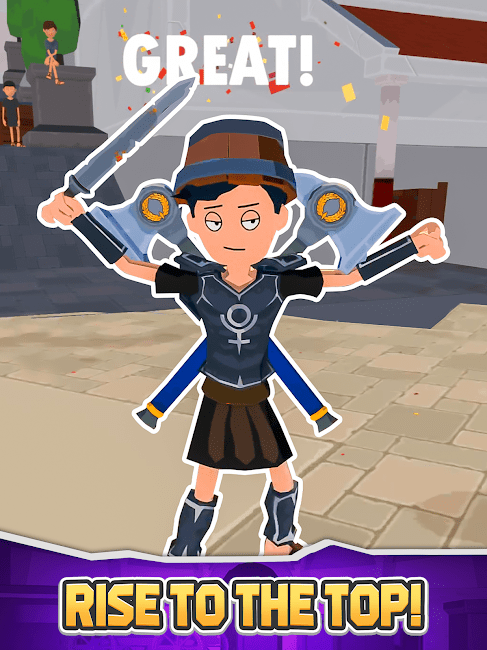 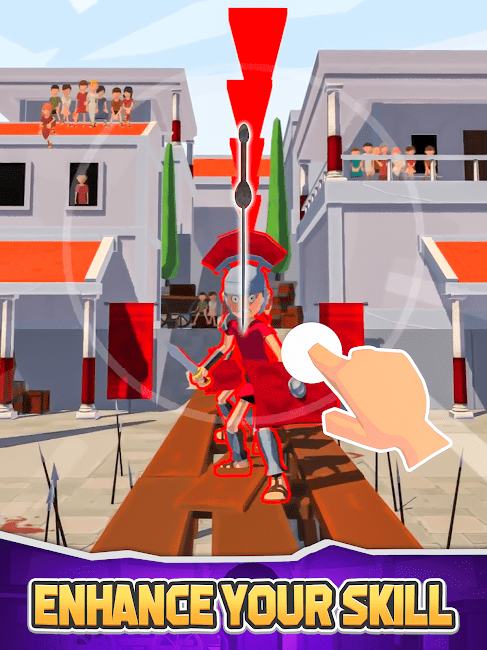 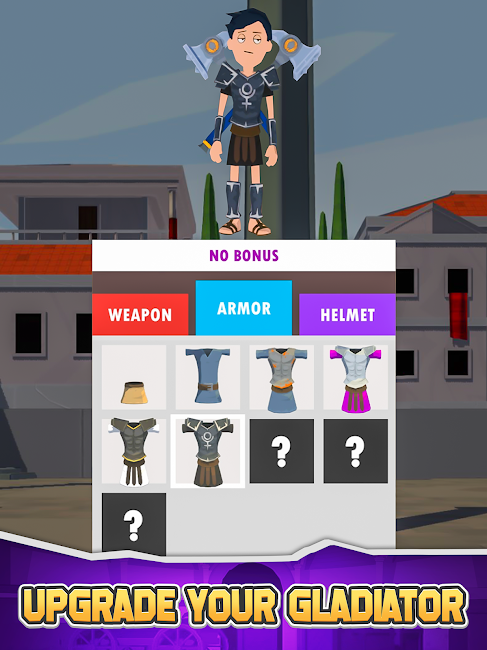 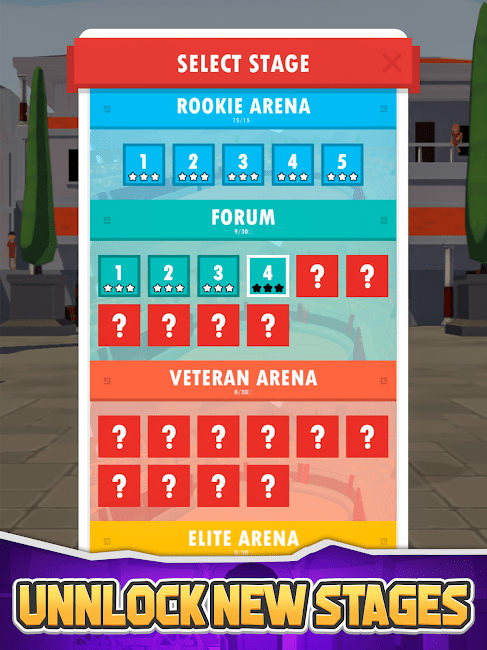 Gladiator: Hero of the Arena