As you know, the Google Play Store is the first and foremost market for Android games and appsWith millions of different apps, it has millions of views per day and plays a big role in e-business. There are many developers who, as a result of months of effort, spend little money on Play Store users to earn money to motivate them to create new software or games. In addition, as you know, the preparation of paid apps in this store requires a Google wallet or gif card, which due to its high price, Iranian users buy much less apps in Google Play. Today, in this post, we are going to introduce you to a new software to get free credit in the Google Play Store so that you can buy your favorite apps at no cost. Google Opinion RewardsTitled a powerful app for free credit on the Play Store developed and released by Google LLC. The program works in such a way that by displaying various polls, it asks you to respond to them and receive from $ 0.25 to $ 1 for your answers. It’s a good idea to know that surveys are usually displayed once a week, and that you will be notified of specific survey notifications to let you know that you need to answer questions quickly. Just note that Iran is under sanctions, and to use this app you have to use sanctions programs.

Google Opinion Rewards app, with the support of a special ability to get free credit, has been able to receive 4.2 out of 5.0 points by Google Play users with millions of active downloads from around the world, and now you can download the latest version from high-speed servers. Get Usroid and get credit for your Google account as soon as possible. 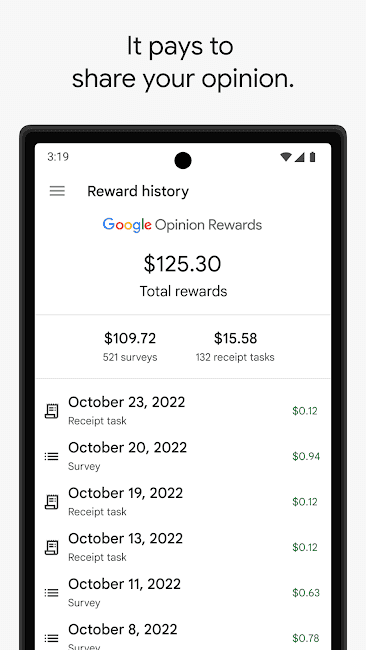 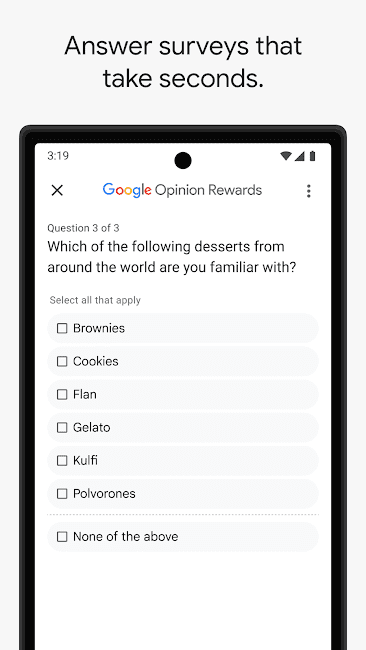 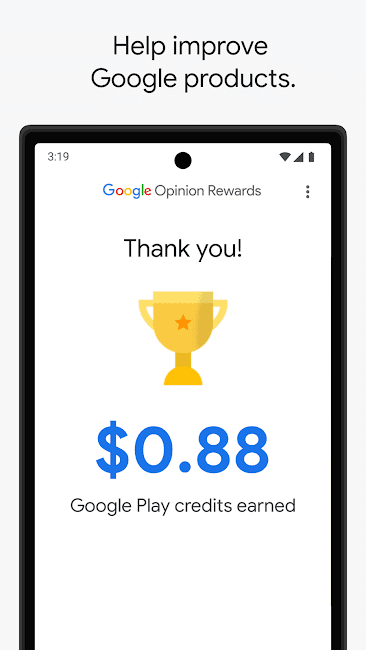 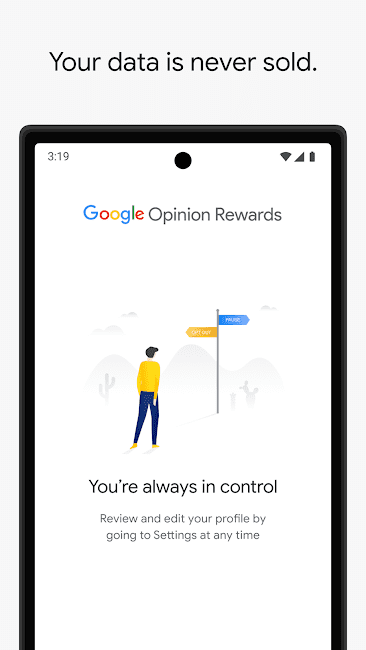