Gravity Falls Mystery Attack – A Waterfall Attracting Secrets and Secrets of a New and Extremely Beautiful Game from Disney Game Studio The creator of popular games like Temple run , Where’s My Mikey? , Frozen free , Where’s my water ? And Monsters University is for the Android operating system, the first version of which was made available to the general Android users around the world on Google Play a few days ago for $ 2.99 ! This game, which has a strategic style, is designed exactly according to the official animation of Gravity Falls and follows the same story, so you have to help Dipper and Mabel to protect themselves against a huge wave of enemies.

The story of the game is that our twin siblings, Mibel and Dipper, are forced to spend the summer at their uncle’s house, Stan, in the village of Graviti False ; Their uncle has a place called Misteri Hack that deceives tourists with strange tools and و!

* Fight and destroy a huge range of different enemies

* Summon powerful characters to help you

* Having an HD graphics with real and very interesting animations

Gravity Falls Mystery Attack game currently has a score of 4.0 out of 5.0 in the Android Market , which we provide to you today in Usroid Android version as the first US website with data. 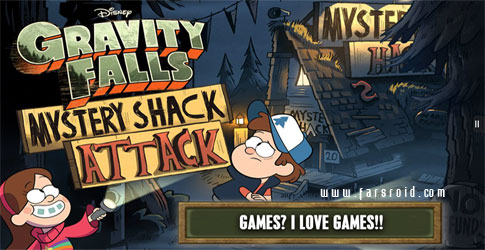 – Download the data file and decompress it and copy com.disney.gravityfallsmysteryshackattack_goo folder to Android / obb. 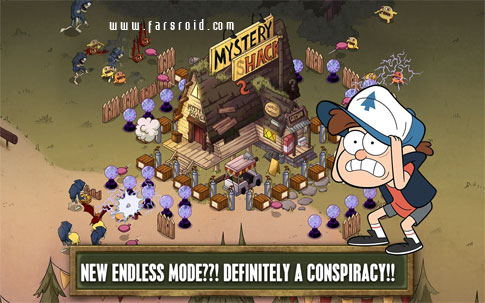 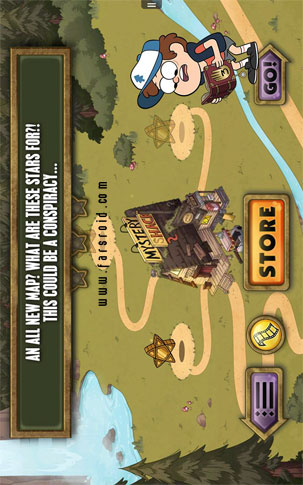 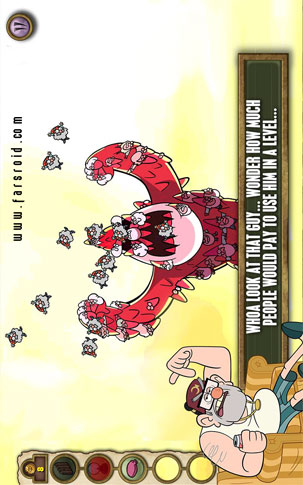 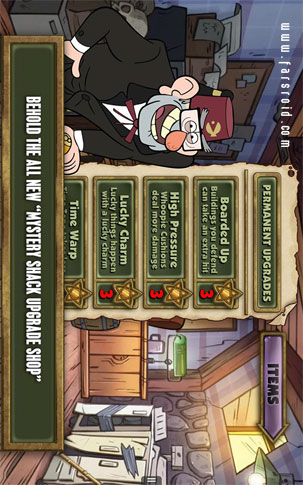