Ground Digger: Lava Hole Drill – Another fun game from the French studio HOMA GAAMES is the creator of games such as Idle World , Sky Roller , Freeze Rider or Prison Wreck , which have already been published in other articles on Usroid. We had introduced and offered. This time, we decided to introduce and release another game on the web once again and for the first time among all Iranian sites, and to release the latest version along with an exclusive modded version for download. Ground Digger: Lava Hole Drill game has a completely entertaining nature and its general features are just like similar games in this genre. This game has been released in Casual style, but the elements used in it are management and clicker games. Therefore, it can be said that this game is a clicker-hobby title that is simple, creative and fun at the same time, and it is a suitable option for people who do not want to get involved in common, story and complex games, and on the other hand The process should not be time consuming and difficult.

Ground Digger: Lava Hole Drill is considered to be a digging game or a drilling game. It may be interesting to know that due to the increase of this type of games, a new style has been created from the subset of fun and entertaining games known as (drilling style games). Ground Digger: Lava Hole Drill is one of these games and your goals in this game are like most other games in the same genre, and that is to dig the ground and move towards its depth. In this game, you are in charge of a drilling machine that, despite its simple, small and even funny appearance, has a high destructive power and is able to drill the layers of the earth one after the other and go deeper. Your goal during the game is to dig and find valuable items such as precious stones. During the game you can go to more layers from the depths of the earth, for which you must achieve the minimum prerequisites. The game has an interesting upgrade system through which you can upgrade your drilling rig and customize it. Cartoon graphics and colorful designs and two-dimensional modeling of the game has made this game, while a very small title, has a simple but attractive structure. The gameplay is very simple and you just need to keep your finger on the screen and set the direction of the drilling machine to play the game. To download the latest version of Ground Digger: Lava Hole Drill, refer to the Usroid download box in the continuation of this article. 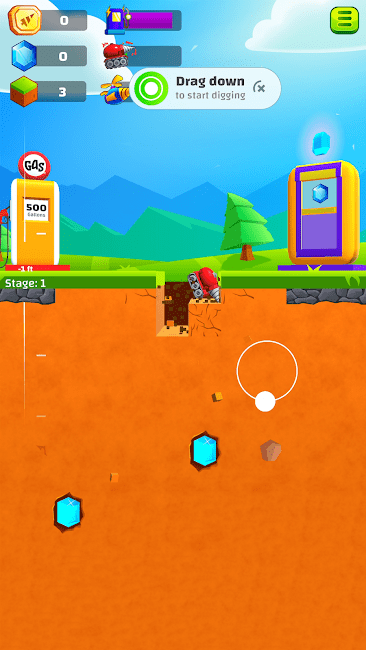 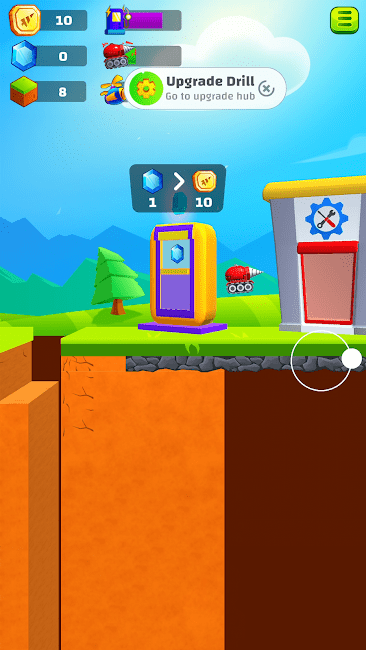 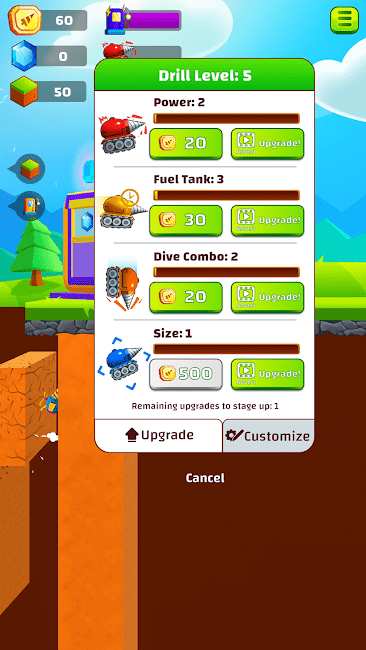 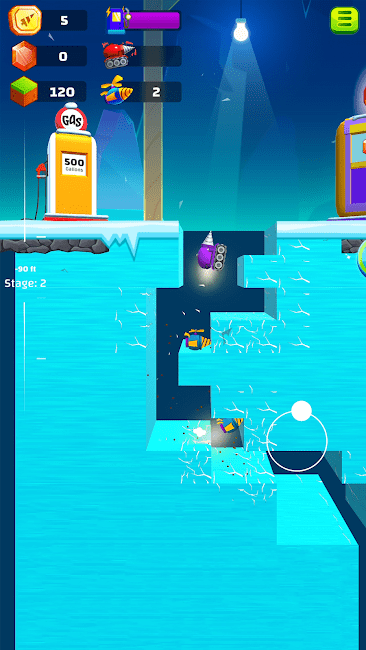 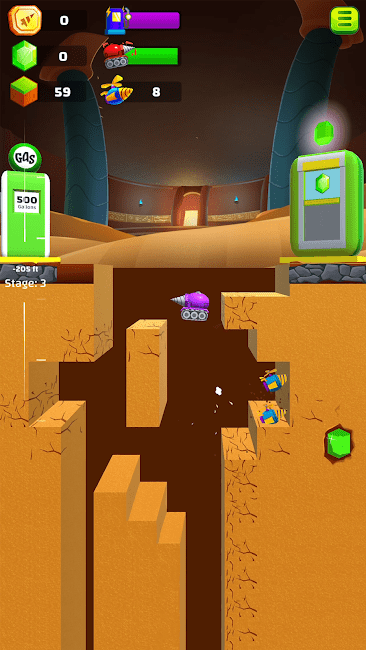 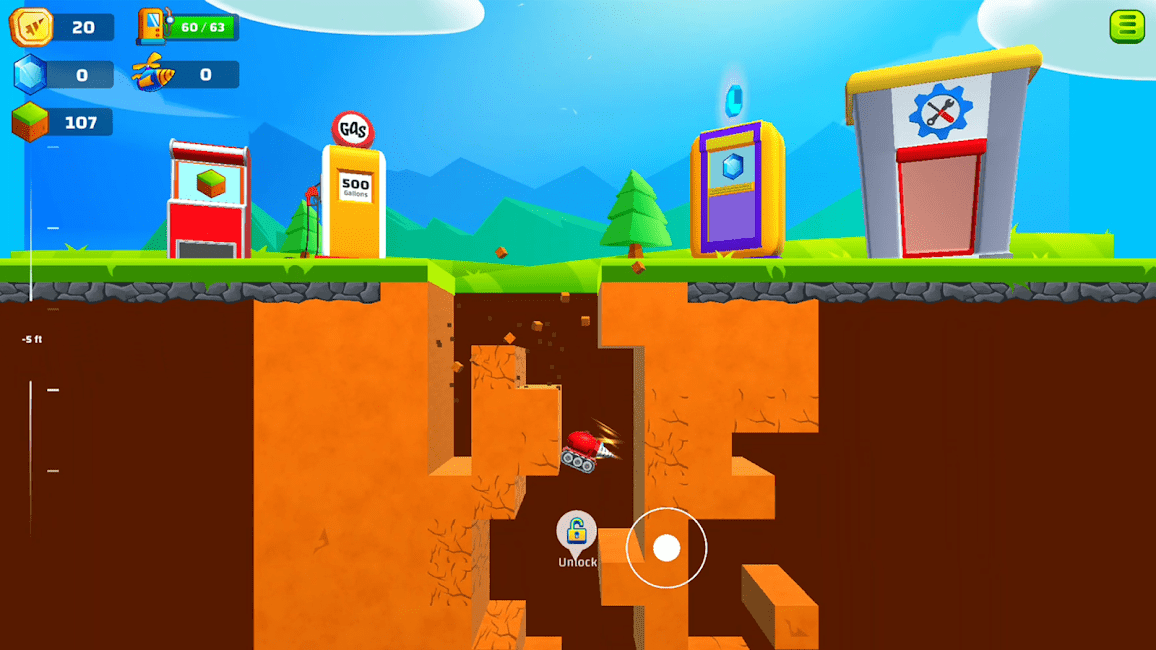 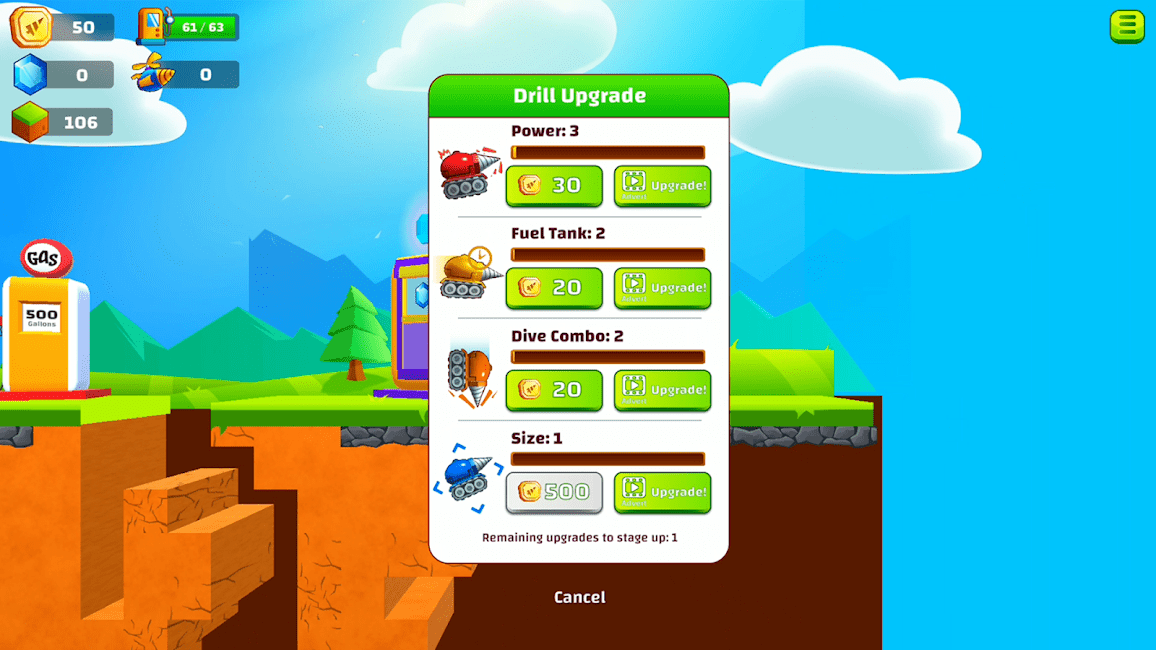 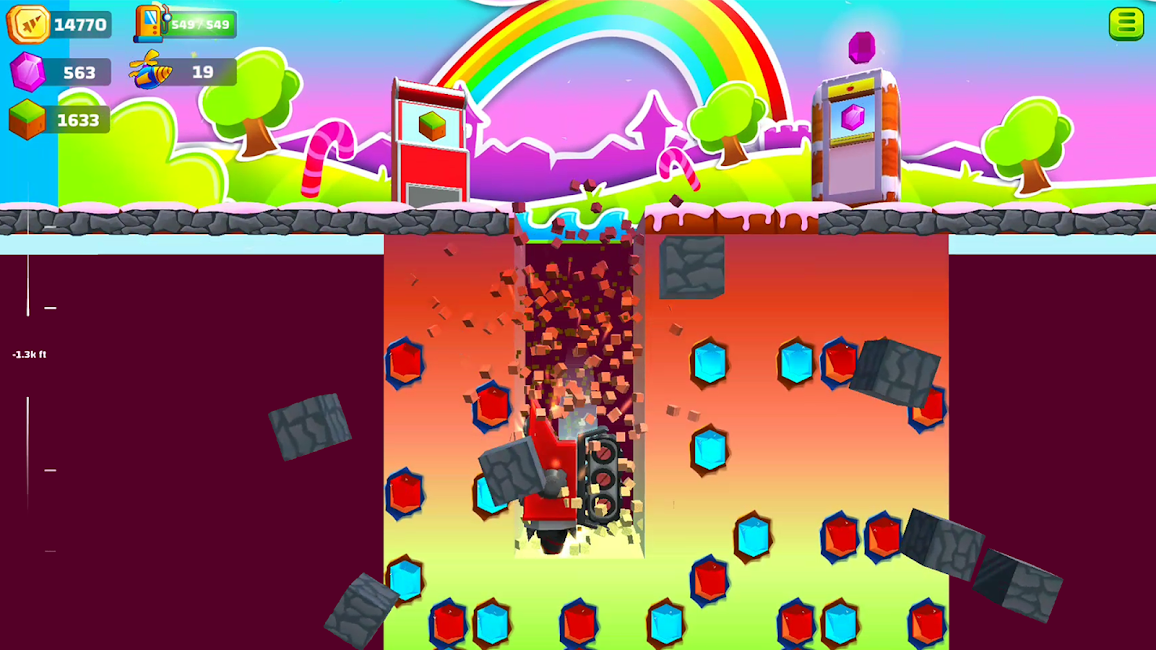