Grow Spaceship – Galaxy Battle is the name of a game in the action genre that has been released by PixelStar Games game development studio for mobile devices with Android operating system. PixelStar Games game studio already has experience in making successful games in the Android Market and has created great games such as Dungeon x Pixel Hero, Grow Survivor – Dead Survival, Grow Soldier – Idle Merge game, Grow Zombie inc – Merge Zombies, and…. Grow Spaceship – Galaxy Battle is another great game from this game studio that has been able to bring a unique and unique experience for gamers with its exciting and fun gameplay. Grow Spaceship – Galaxy Battle is basically a space shooter game in Shoot ’em Up style. If before this game, games like Space Shooter: Galaxy Shooting ,Wind Wings: Space Shooter، Sky Raptor: Space Shooter – Alien Galaxy Attack or have you tried other games similar to these games, you know exactly what kind of game and what gameplay you are facing. All of these games usually have a relatively similar storyline, which is often superficial and is just an excuse to progress through the game. In most of these games, you take control of a spaceship spaceship and have the task of protecting space enemies from humans or your own space planet. Of course, this is not a negative point and all these games are really exciting and fun. Battle in space and blow up spaceships and breathtaking battles with powerful bosses is a unique feature that is only found in space shooter games and no other game can compare to these games. Grow Spaceship – Galaxy Battle also gives you control of a spacecraft and asks you to fight the enemies of the galaxy and defeat them and bring peace back to the galaxy. So, if you are also interested in this style of games, Grow Spaceship – Galaxy Battle can definitely attract your attention and become a great game to fill your free time.

The initial stages of Grow Spaceship – Galaxy Battle are not very challenging, and in a way, the creators have considered these stages as the educational part of the game. But the steps become more difficult and you gradually feel that the game intends to challenge your skills. Fortunately, all stages of the game are well balanced and never convey a sense of punishment. The gameplay is that you take control of a spaceship that is firing automatically and you have to destroy the enemies of the game by directing it left and right and at the same time Avoid shooting them. If you can successfully complete the game stages, you will receive a reward and enter newer stages and progress in the game. Then you can upgrade your spaceship with the rewards you receive and add new weapons, form space squadrons to support yourself from behind and shoot at enemies, buy new spaceships And get stronger so you can stay in the game longer and not get killed. It is also possible for you to use features such as rocket launchers that you will become more familiar with during the game. Along with this gameplay and all the fierce battles, explosions, and deadly shootings, huge enemies and powerful bosses, this game uses a very beautiful graphic space with retro style and with background music. Electronics itself brings to life the memory of classic and old games of the 80’s, which will definitely be unique in its kind. Grow Spaceship – Galaxy Battle has been able to score 4.0 out of 5.0 in the Android Market, and the Usroid team intends to provide the original and modded versions without any restrictions in a tested and completely free way to you dear ones. You can now download this game through our servers at the end of the article and enjoy running it! 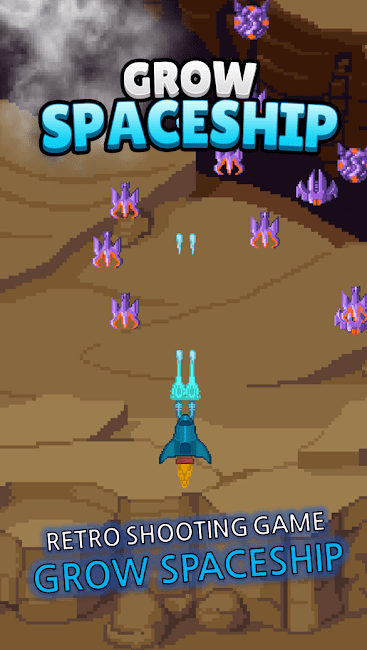 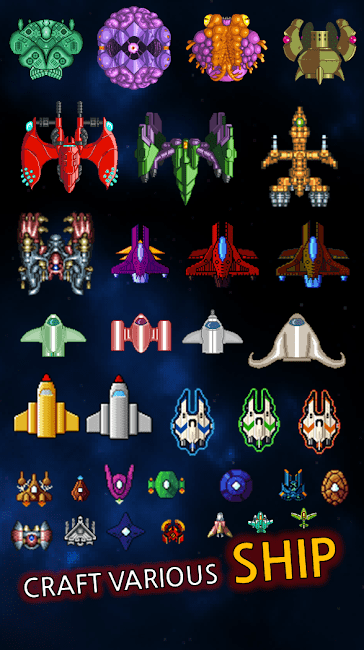 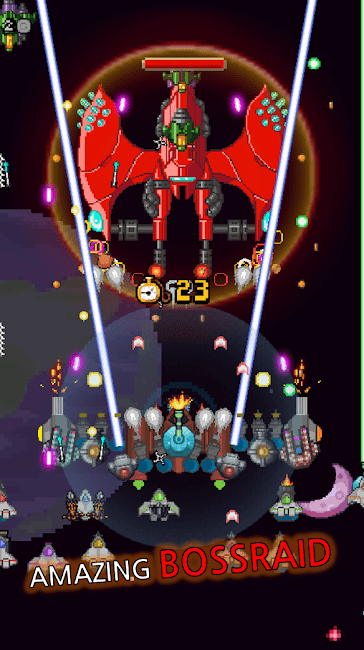