Haunt the House: Terrortown v1.4.31 – Action and adventure game “Wandering Spirit” for Android + trailer of
the purchased version and the full game for $ 1.99, presented to you,
tested with offline performance

Haunt the House: Terrortown: The City of Terror is the title of a very interesting and well-made game with a very entertaining and heartwarming idea, and of course it is completely unique and different that you have probably never seen before in any other game. SFB Games is the creator and developer of this game and has released it for PlayStation Vita, OS X, Windows, iOS and Android platforms, the price of the Android version is $ 1.99. Usroid, by preparing the paid and purchased version of this game, invites adventure game enthusiasts in this genre to download the full version. This game is actually a title of a combination of action and adventure styles with puzzle style elements in the form of a very attractive Side-scrolling gameplay. The idea used in making this gameIt really is a new and special idea. Although similar games have been made with this idea, but this time in this game the story is completely one-sided! In Haunt the House: Terrortown, you play the role of a wandering ghost who wakes up one night from inside a clock tower and goes to town for a job he is skilled at (creating panic among people). ! He is looking for something he lost years ago and seems to be able to regain what he lost only by creating fear among the people. Is he looking to restore his broken pride? Are you looking to impress someone else? It is better to follow the story of the game yourself to understand this story.

In Haunt the House: TerrortownIn the role of this wandering spirit who, despite his decisions and behaviors, is a very funny character, you have to go to different places such as hospitals, theaters, museums, entertainment carnivals or even a cruise ship and try to scare people! To do this, you can use the unique capabilities of this spirit. For example, you can take the form of objects in the environment or hide in a certain place and suddenly appear to cause fear! You have until the end of the night to complete the mission of this wandering spirit. Otherwise he may fall into a new spell again and fall asleep again for centuries! Character control of the game is simple and hassle-free. You can browse different places and simulate different items and objects. Help this wandering spirit to get what he wants. He has to scare people to find what he needs. Haunt the House: Terrortown has created a very entertaining package of a mobile game with an attractive idea and two-dimensional models along with fantasy and minimalist designs. Right now, the latest update of the purchased version of this game is tested and free fromDownload Usroid and scare people in the role of an anxious soul! This game was able to get a score of 4.5 out of 5.0 and was also purchased and downloaded more than 50,000 times on Google Play. It is worth mentioning that this game supports Android TV even without the need for a gamepad. 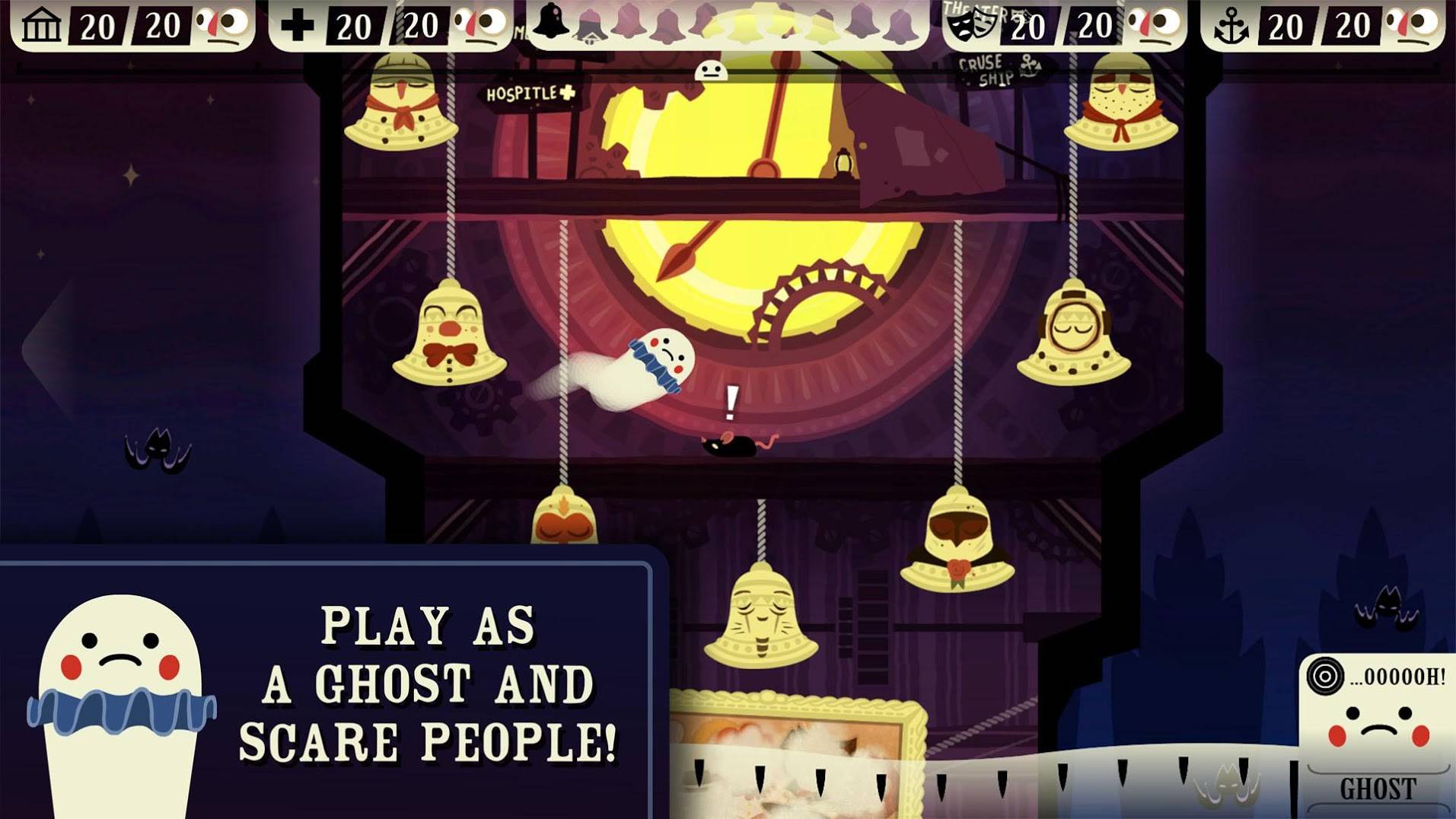 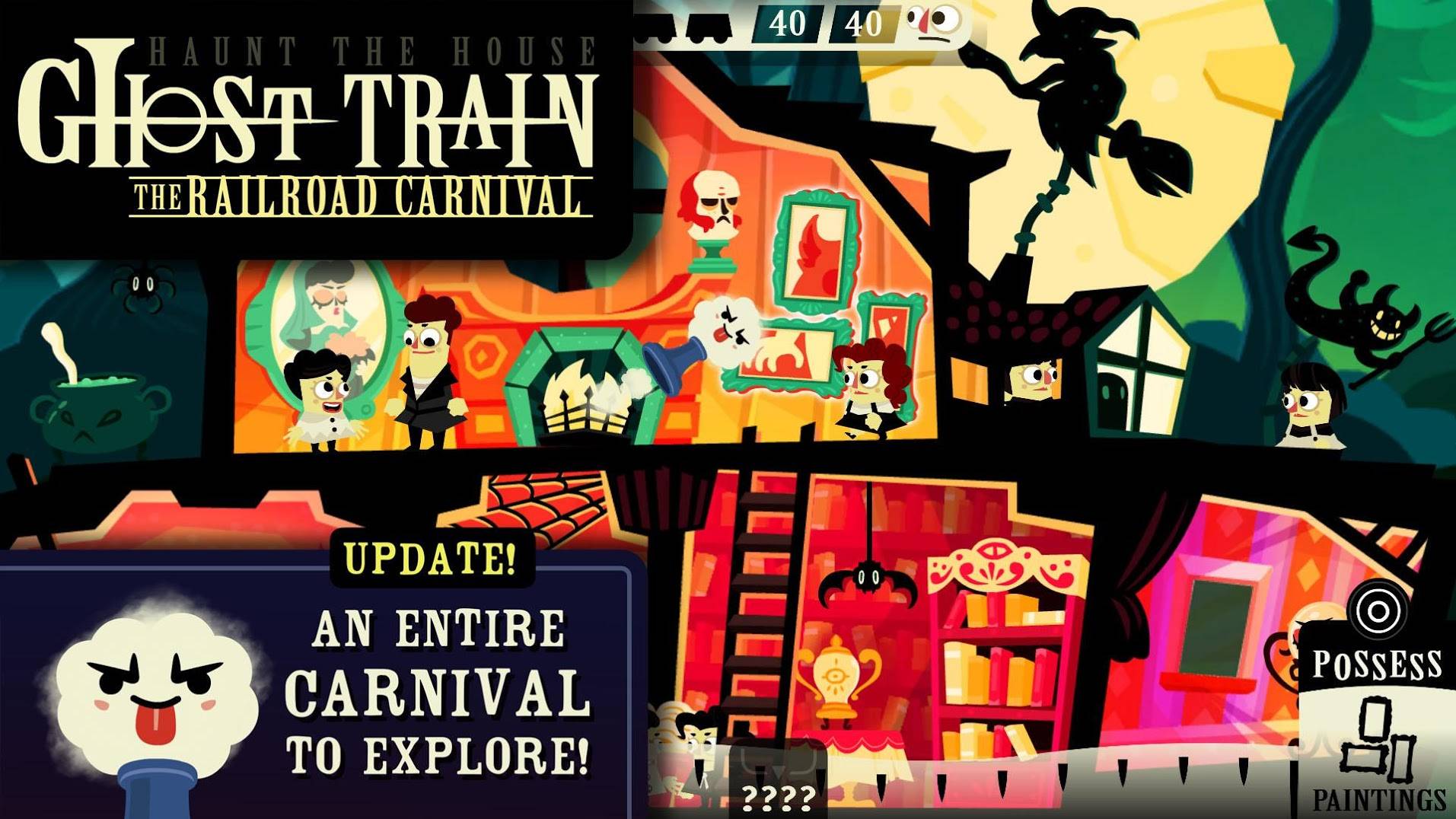 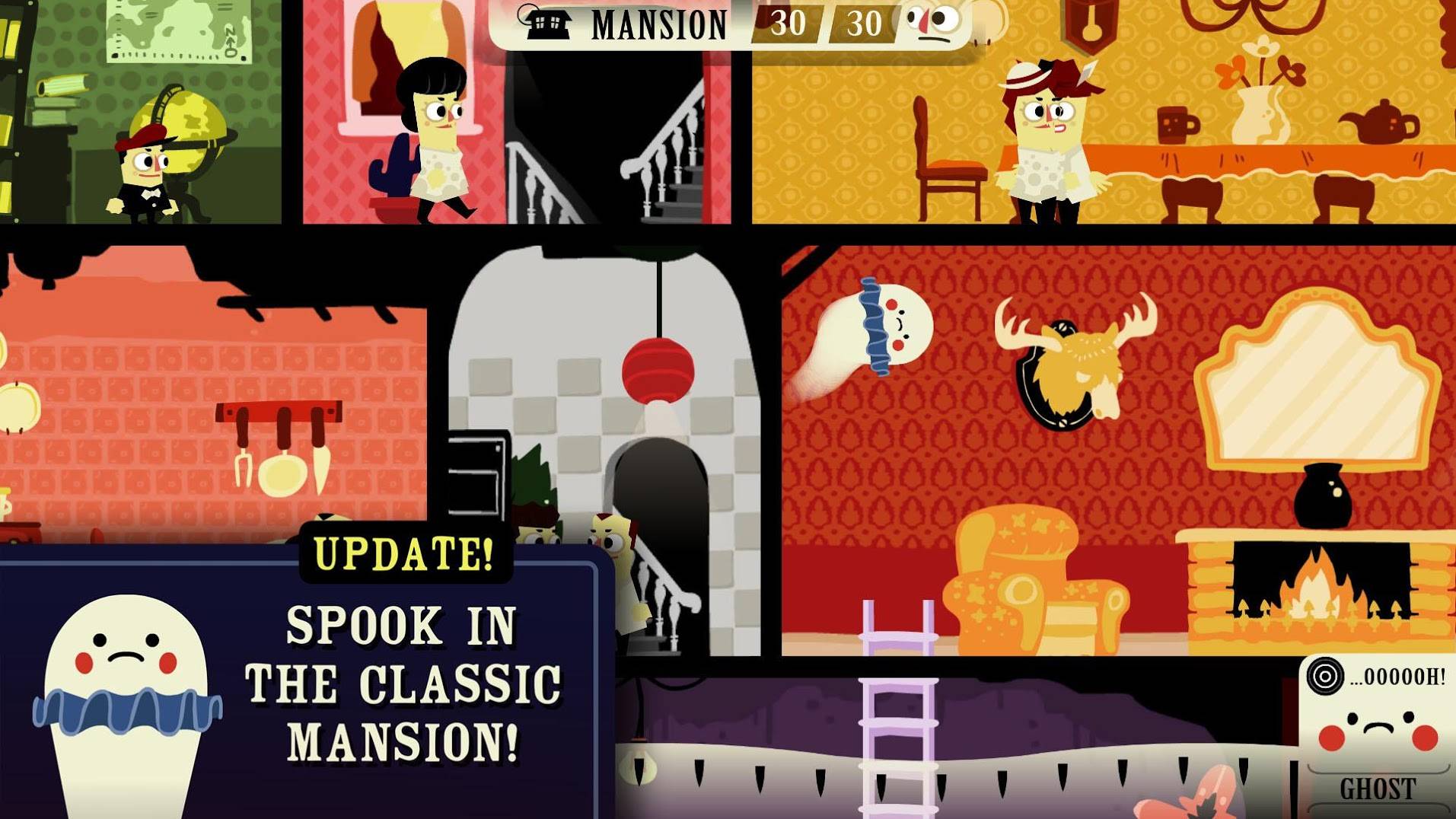 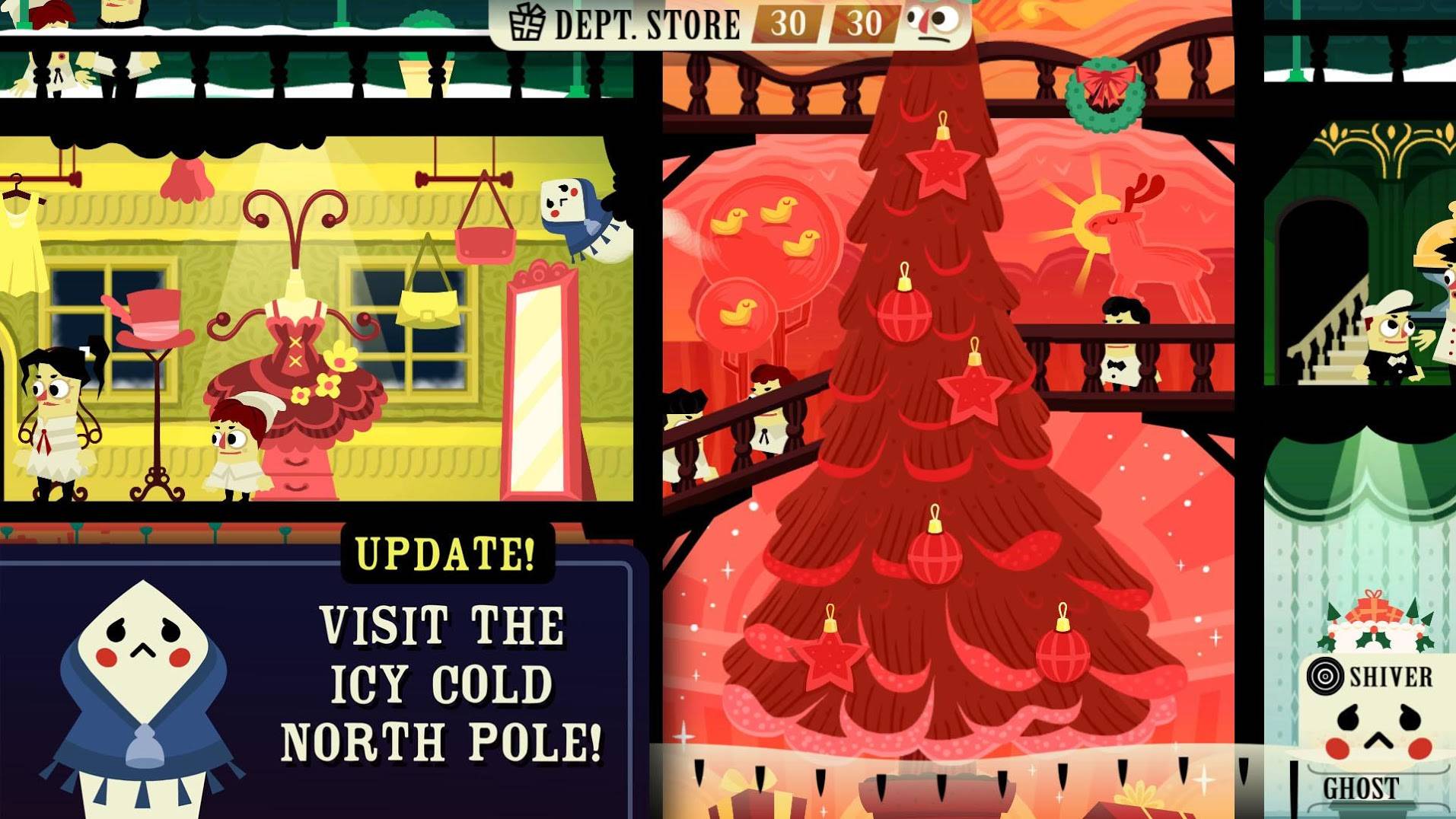 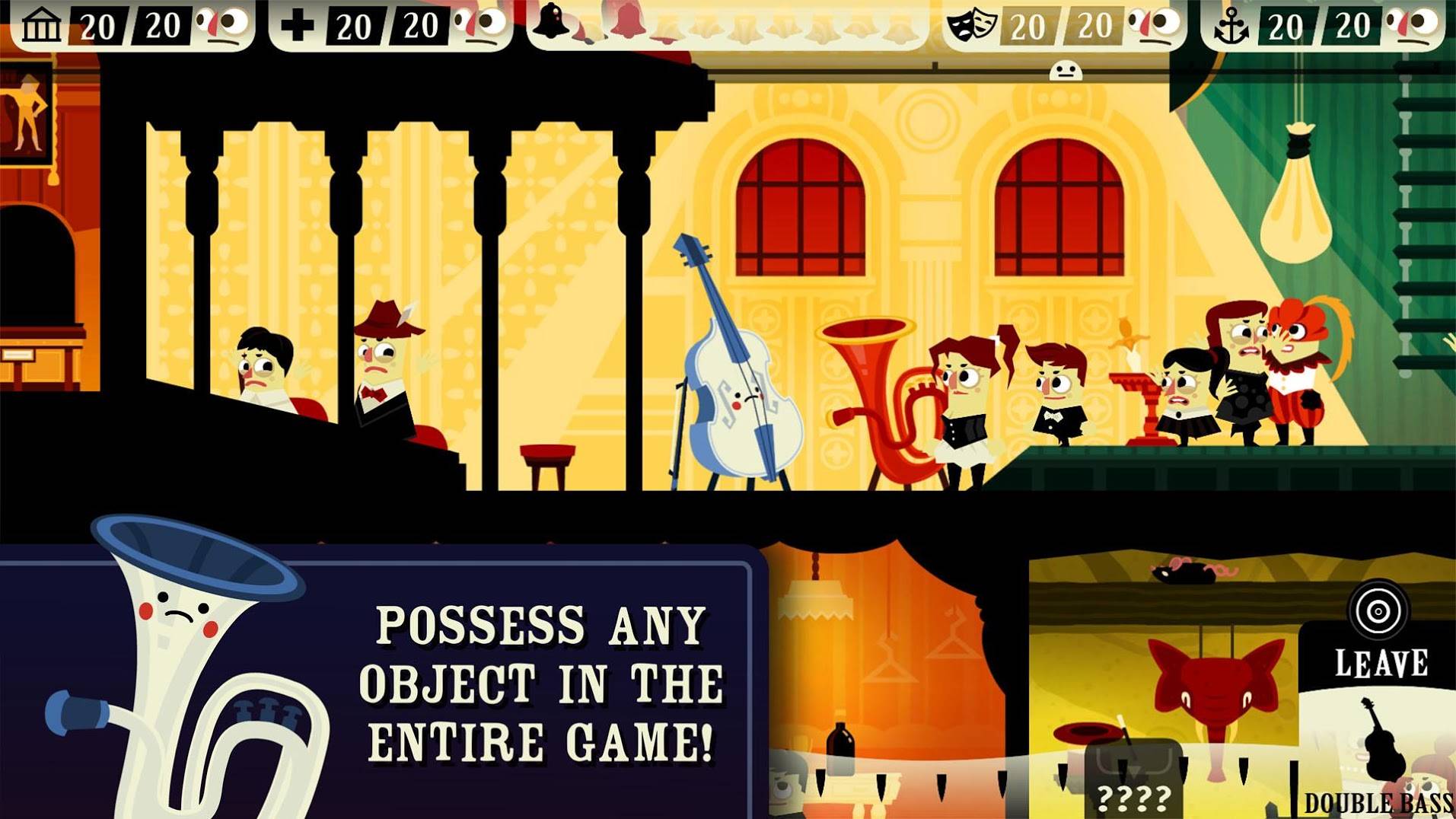