Idle Port Tycoon – Bandargah Trader is the name of a recreational game in the category of Idle Clicker style games, which has been offered for free by the creative and prestigious British studio Gismart, and for the first time among all Iranian sites , its latest version with version It has been downloaded from Usroid and is ready to be downloaded. Gismart Studio by making games like Cool Goal! , Idle Oil Tycoon and Domino SmashHas made itself popular among mobile gaming companies. The studio often works in the field of making hobby games of different styles, especially the clicker and Idle styles, and in general, it should be said that the projects of this studio are all attractive and special in their turn. This time, in this article from Usroid website, we intend to introduce another game from this studio at your service. Fascinating game that is one of the most popular games of this developer and has many fans. Idle Port Tycoon is a game of leisure, clicker and management styles in which you are in the role of a port merchant and you have to start a commercial wharf and a developed port, to import and export goods and try to This way you can become a big businessman and a billionaire!

In Idle Port TycoonYou grow your business by serving small and large merchant ships. But there are many missions and tasks in this game, all of which depend on your momentary management. With the help of the financial resources at your disposal, you should make the best choice and try to unlock items that are effective in the process of growing your business. Like all clicker and management style games, in Idle Port Tycoon, you can develop your business and gradually acquire more ports by earning more money! But Gismart Studios, with a different idea, tried to make this game out of the clutter of monotonous games. The idea is to add a separate section that has nothing to do with the main section. In this section, the story is about the destruction of the Earth, and according to what we see in it, space creatures are attacking the Earth. You have to help the world and try to prevent the attack of aliens by traveling in time and in the form of a defense. Judging whether adding a completely different section to a clicker and management game is a good idea or not with you! But in general, it should be said that Idle Port Tycoon has an interesting and entertaining structure, and of course, if you are a fan of Idle and Tycoon style games, this game can be fun for you as well. Below you can find this game along with a modded version of it, fromDownload Usroid . 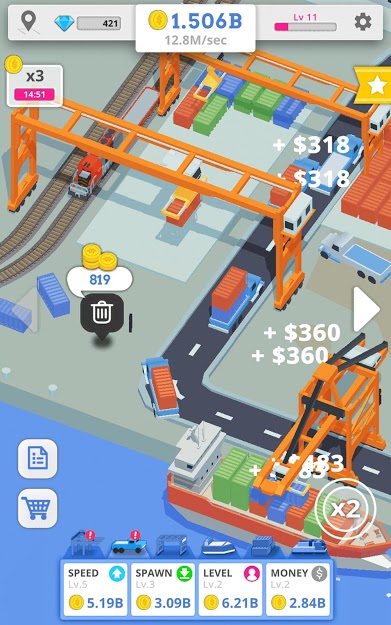 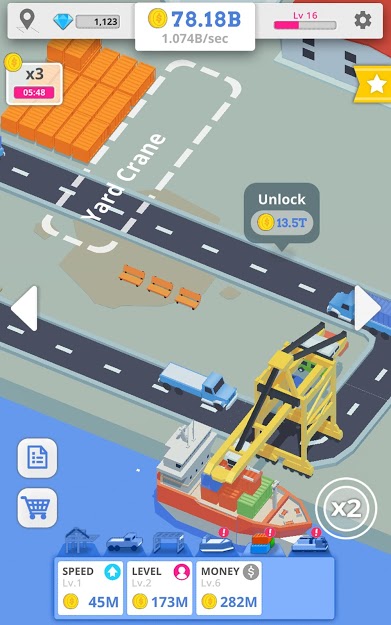 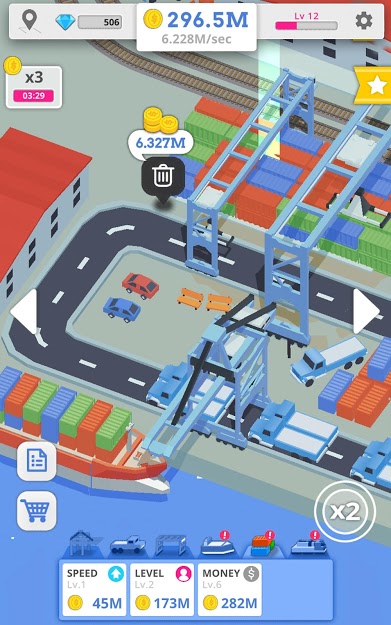 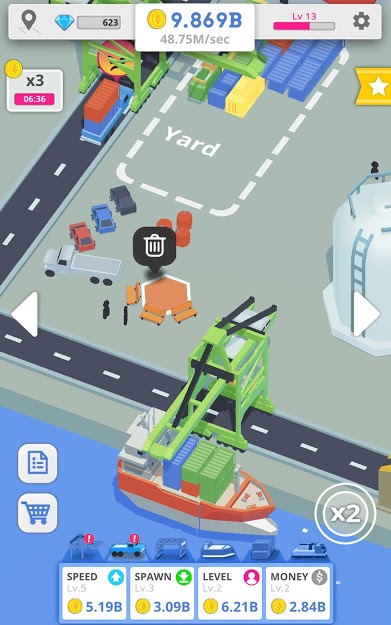