Idle Sightseeing Train – Transportation by train is a simple and entertaining but fun and attractive cliché game that is produced and designed in the style of casual and managerial games. This game is a product of the independent and small studio racgamecla and has been released for free for Android phones and tablets. This game, which has been released under the full name Idle Sightseeing Train – Game of Train Transport on Google Play, is the first in Iran.It has been introduced and presented by Usroid and you dear ones can download this game very easily and quickly with its modded version from Usroid. As the name implies, this is a fun and clichéd game from the Idle and Tycoon titles, where you have to manage and develop railroads and trains. Your main job in this game is to transport passengers in the city. To do this, just like a skilled manager, you need to start setting up, developing and upgrading your railroads in the city and use modern and new items for this purpose. Each part of the game is actually held in a city. You need to create a linear route for urban and passenger trains and start building and expanding train stations. Each train station can be developed and upgraded to several levels.

در بازی Idle Sightseeing Train – Game of Train TransportYou can do more to make the train stations more attractive and the railroad tracks, and in general, make this city beautiful and advanced. As you progress through the game, you can unlock other cities and use exclusive items, unique shapes and icons, and specific sections for each city. In addition to the stations themselves, you have to invest a lot in the trains themselves. In Idle Sightseeing Train – Game of Train Transport, you can upgrade trains on several levels and make them better equipped, more advanced, safer and, of course, faster! The more you follow this process, the more passengers you will reach in less time and expand your train stations in different cities, and in this way you will become a billionaire! In Idle Sightseeing Train – Game of Train Transport, you will travel not only to the cities of one country, but also to cities in different countries such as the United States, Canada, the United Kingdom, etc., and you will develop the train transportation system in various cities! This fun game, although it does not have very heavy graphics and designs, but its simple and entertaining gameplay can entertain you for a long time. If you wish, you can first watch the screenshots of this game from the relevant section, and then, if you wish, download the latest normal or modded version of the servers.Usroid . Idle Sightseeing Train has been downloaded more than 1 million times on Google Play to date with a score of 4.3 out of 5.0 . 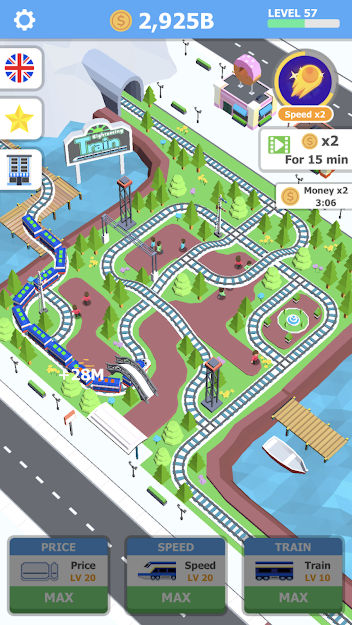 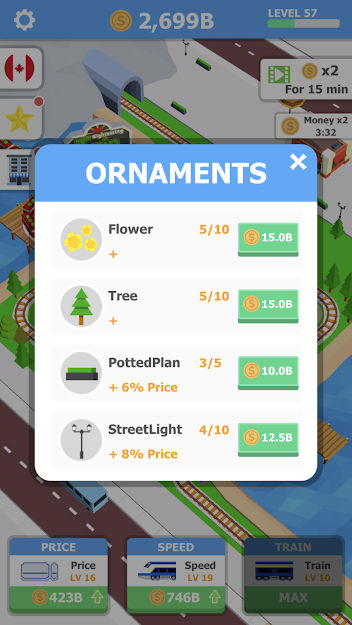 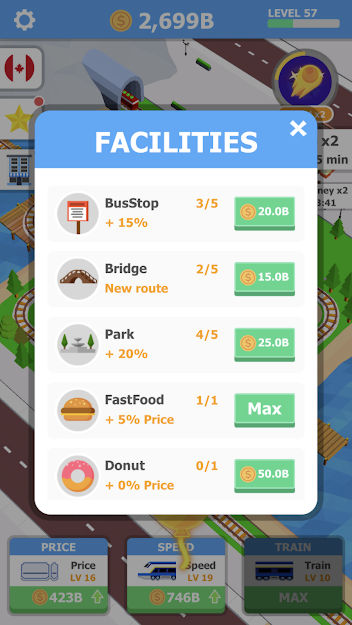 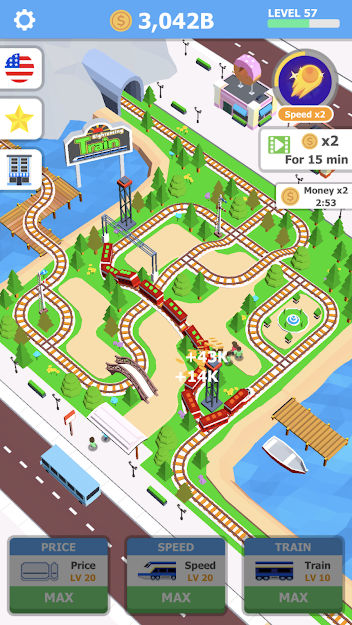