The most beautiful and popular Inspire Launcher Prime v16.3.0 – the latest version available with all the features (new update only in Usroid)


Inspire Launcher in Persian (Inspirational Launcher) is another latest launcher released for the Android operating system, which by installing it on your Android smartphone or tablet, you can change its interface to Android KitKat and with a boring appearance Say goodbye to your previous mobile phone! This launcher has all the features of Android launchers so that you can change the appearance of your phone as you wish by customizing different parts and give a wonderful new look of Android 4.4 to your phone!

This launcher, which is offered completely free of charge, although it has been a very short time since its release, has been well received and we decided to introduce it sooner than all of them!

Some features and capabilities of Android Inspire Launcher:

* Having a unique and very stylish design

* Ability to customize the home screen with great features

* Ability to hide the program for use by the user

* Have functions to backup, restore and reset settings

* Having flat clock widgets with different and varied styles

* Ability to customize icons, folders, Dock bar, etc. by you

Beautiful and new launcher Inspire Launcher currently has a score of 4.5 out of 5.0 in the Android Market , which we provide you with the latest version of it in Usroid today with a direct link, and we hope you like it.

Changes in version v16.3.0: (Prime version with all features!)


* Fixed many program problems and improved visibility and stability 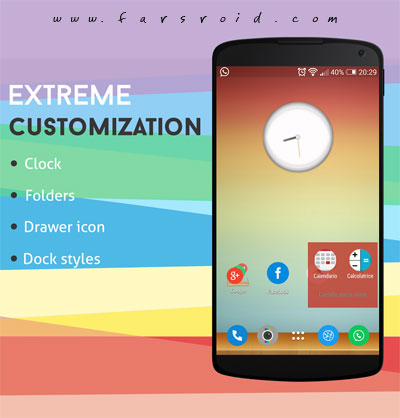 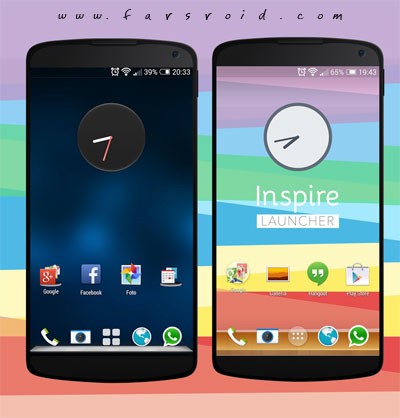 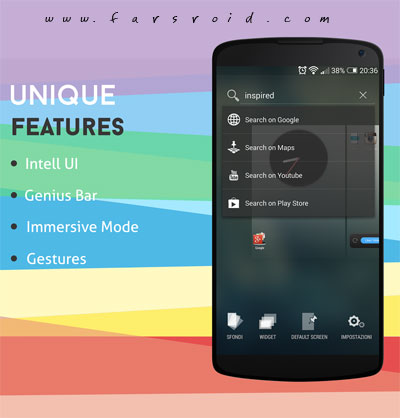 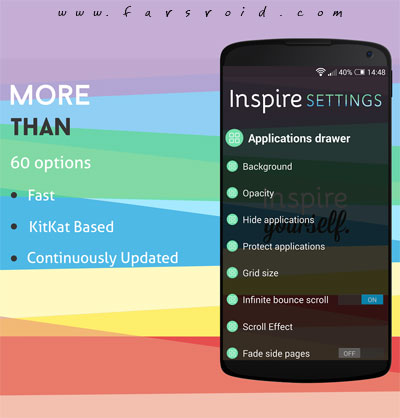 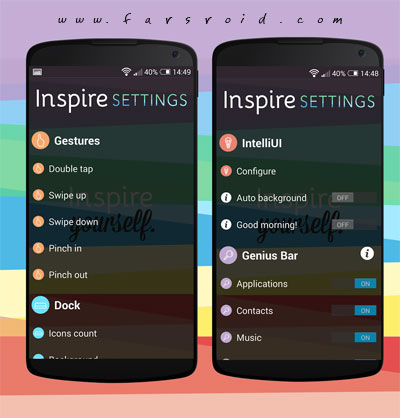 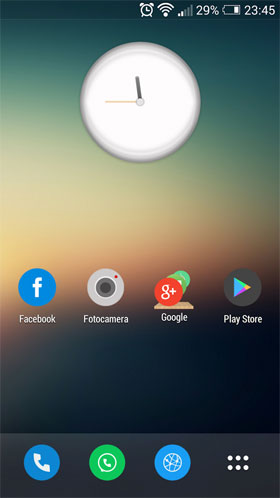 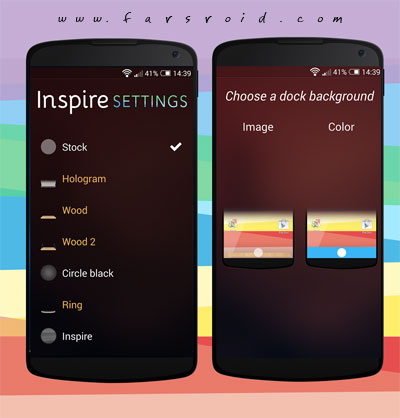