Joe Danger – Dangerous Joe is an incredibly beautiful and lovable game from Hello Games Ltd game development studio, which was first released for PC and iPhone and was very well received. The Android version of this game is now available for $ 2.86 We are in Google Play, which was purchased thousands of times by Android users around the world and we decided to introduce it. PlayStation 3 or Xbox 360 users will undoubtedly remember the fearless and fearless character of Joe Danger from years ago! Mr. Danger used to cross different roads with his motorcycle and collect coins by avoiding obstacles! You can manage by swiping to the sides and tapping on the screen to cross obstacles, and collect various items and disable existing traps. Sometimes there is a ready opponent in front of you that you have to defeat! This game guarantees 20 hours of attractive gameplay for you, which of course has a multiplayer section for busy multiplayer. If you are interested in HD Android motorcycling games , do not miss Joe Danger under any circumstances.

* Motorcycling in a variety of places and environments

* Ability to participate in daily bonuses to receive prizes

* Over 25 different characters to unlock by player

* Having visual and innovative touch controls

Joe Danger game currently has a score of 4.5 out of 5.0 in the Play Store , which we have put in Usroid for download along with the mod and data version. You can read more pictures and trailers of the game by referring to the following and download it for free if you wish.

– Download the data file and decompress it. The folder uk.co.hellogames . Copy jdtouch to Android / obb path. 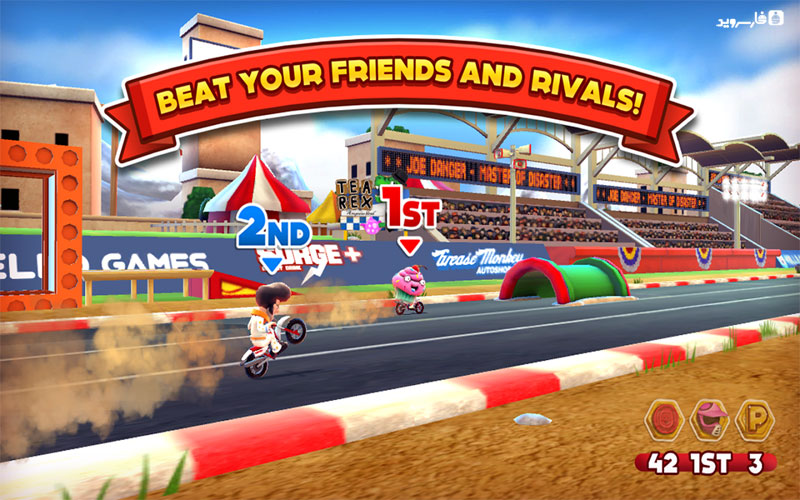 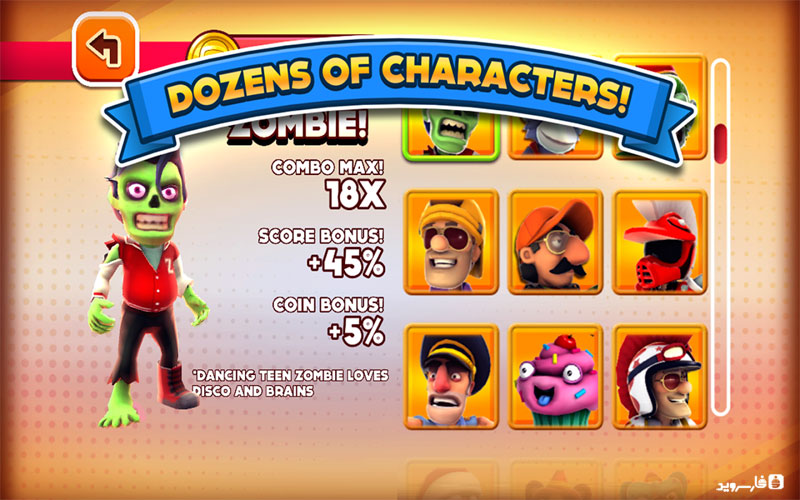 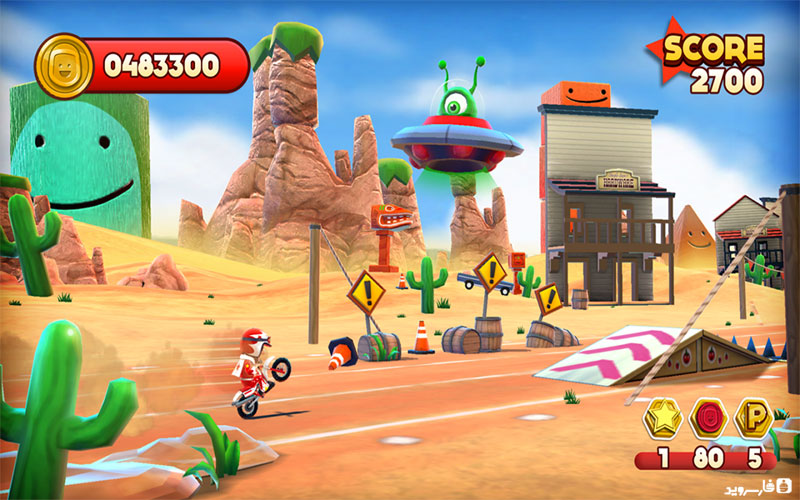