Kingdom Defense 2: Empire Warriors – Kingdom War 2: Empire Warriors is a beautiful and fun strategy game in the style of the popular defense tower defense style that after the first part (Kingdom Defense: Hero Legend TD)Following its popularity, it was produced and, like the previous episode, was released for free for Android phones and tablets. Although in terms of structure and gameplay, changes have been made compared to the first part, but the external and internal basis of the second part is just like the previous part. In Kingdom Defense 2: Empire Warriors, you have to guard your kingdom against the onslaught of large groups of monsters and demons and use various forces and dedicated fighters to confront the enemies. If you are familiar with the style of tower defense games, you know that in this type of games, there is a path with a few twists. Your enemies will move from this point and from the starting point to your territory. You have to place your combat forces around this route, of course, strategically and calculatedly, so that as soon as the enemies get close to them, they will attack the enemies. When the number of enemies is high or they have more forces, you will have to place forces in the rear as well, so that if the enemies cross the first line of defense, there is less chance of reaching the end point and infiltration. Have your territory! The game is designed so that a large scale of the map is provided to you. As a result, the items and pieces of the game become smaller, but by doing so, you can put more forces in sensitive areas and also have a wider view of the map and the movement of enemies.

در Kingdom Defense 2: Empire WarriorsYou need to earn points and money to unlock better forces or upgrade them. In the higher stages, difficult challenges await you and the only way to win them is to prepare your combat forces well. Your enemies are skeletons, orcs, goblins, werewolves and other evil creatures that will not stop trying to destroy your kingdom. This game also has interesting features such as the use of special items and forces. For example, you can use an item called meteorite attacks to destroy a group of enemies, or use a revitalization item to increase the health of your troops. In the stage part of the game, there are more than 20 stages that can be selected on a large map. You must have completed the previous steps to open the new steps. Except for this section, Kingdom Defense 2: Empire Warriors has several other modes such as tournaments and daily challenges. This game has more than 500 thousand downloads and registrationsScore 4.4 out of 5.0 on Google Play. You can download the regular or modded version (unlimited money) of this game as a test from Usroid site. 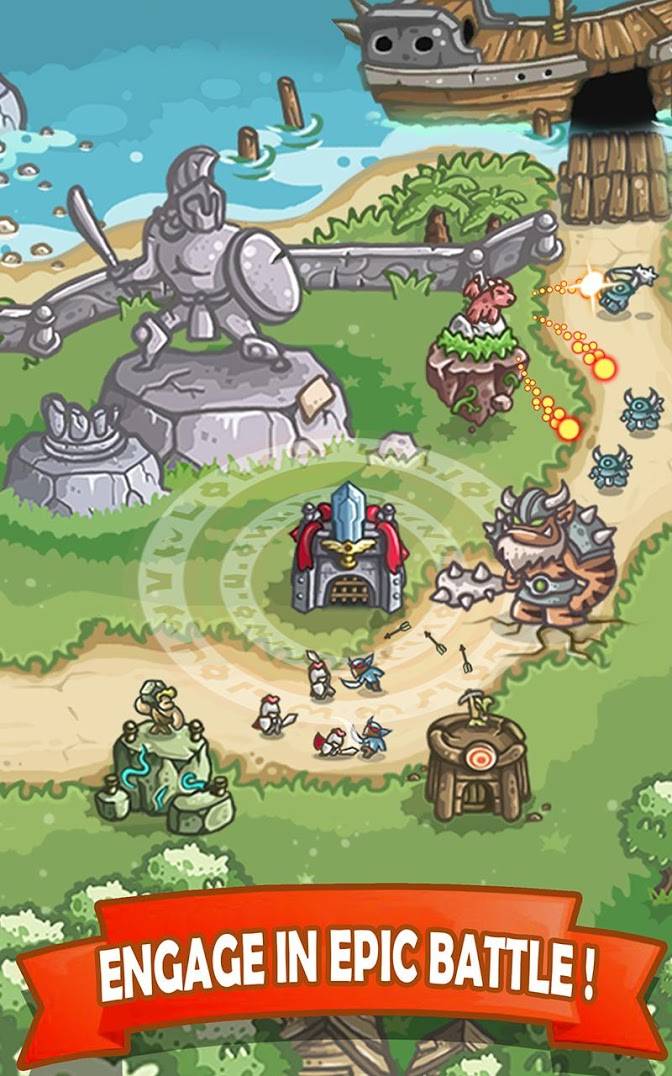 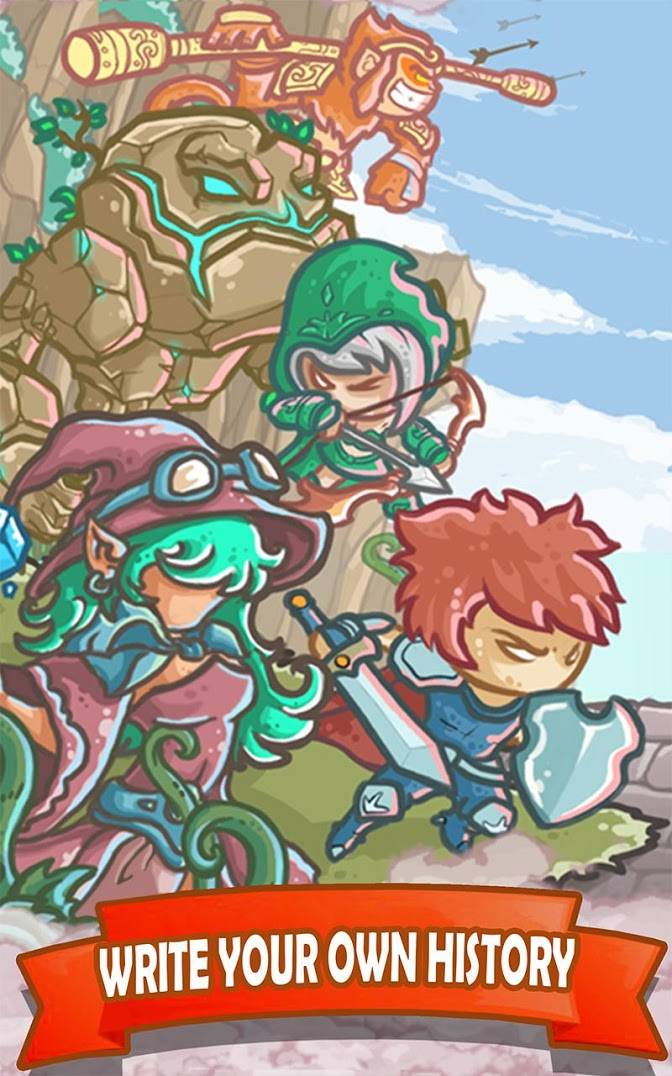 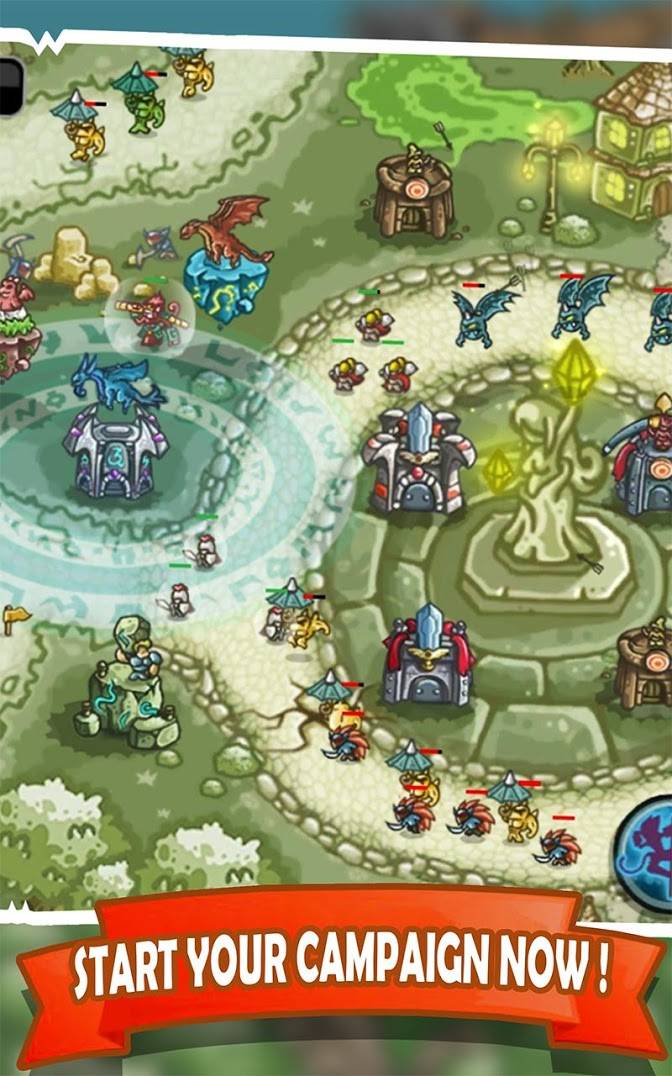 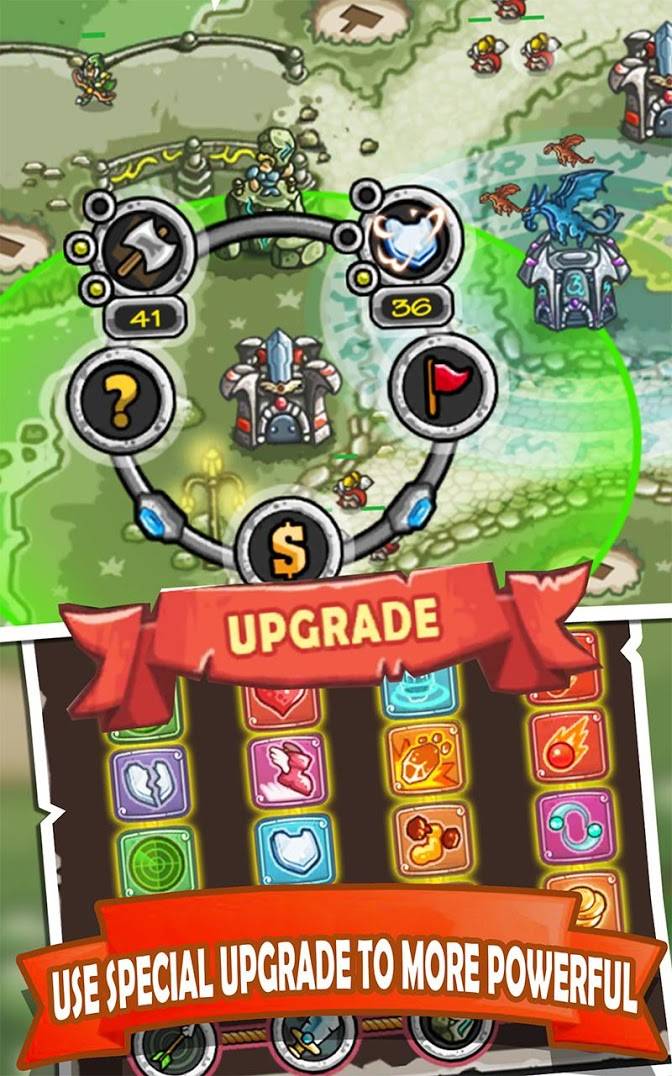 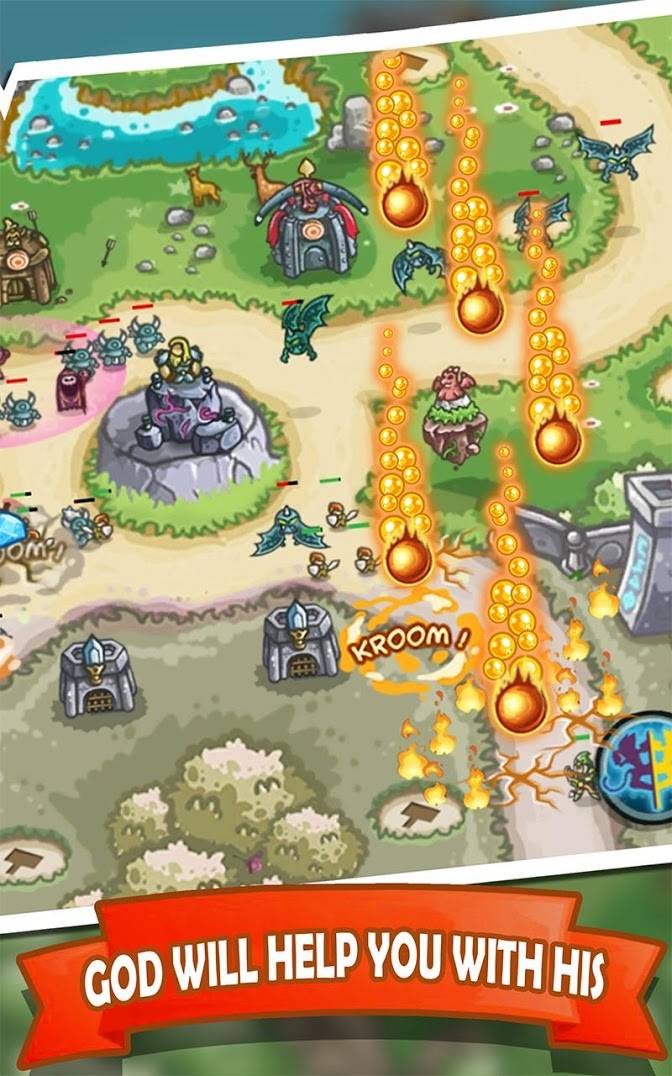 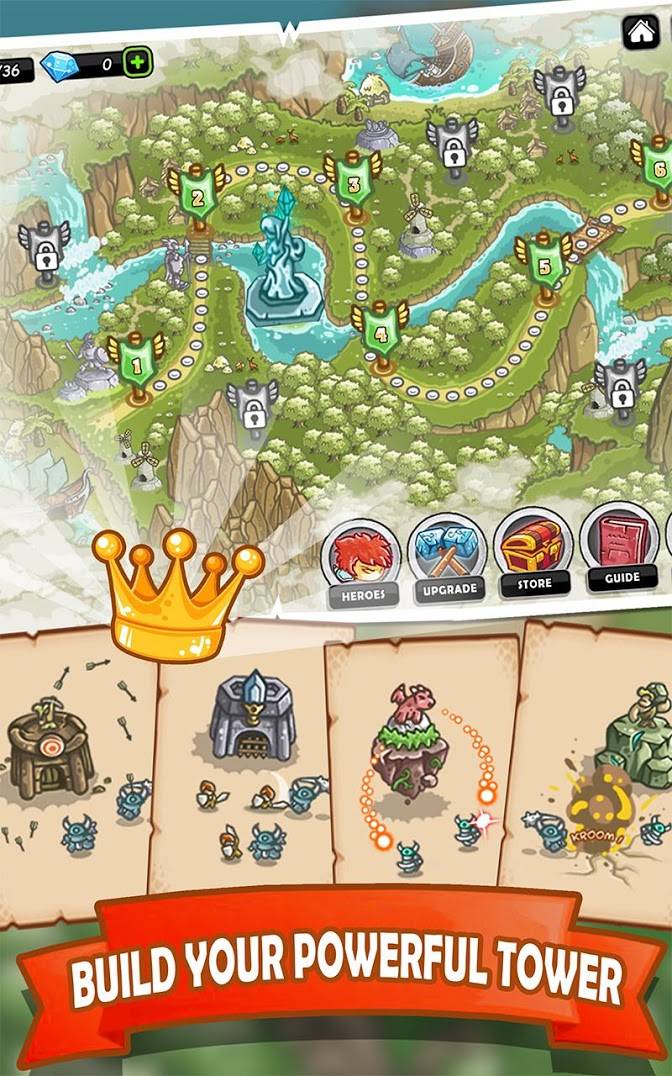 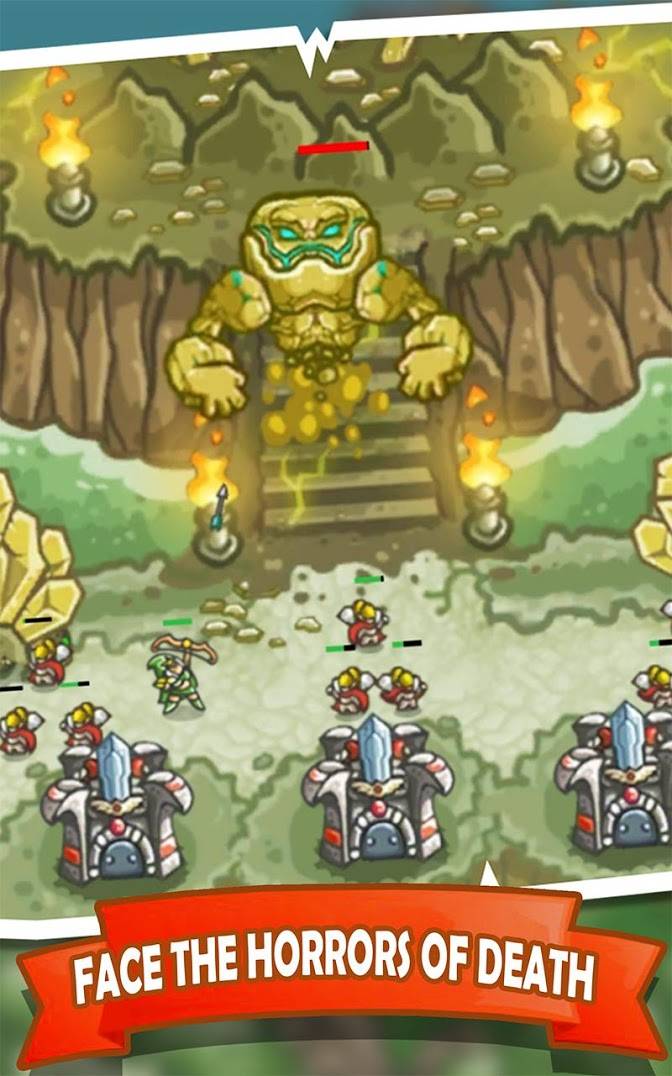 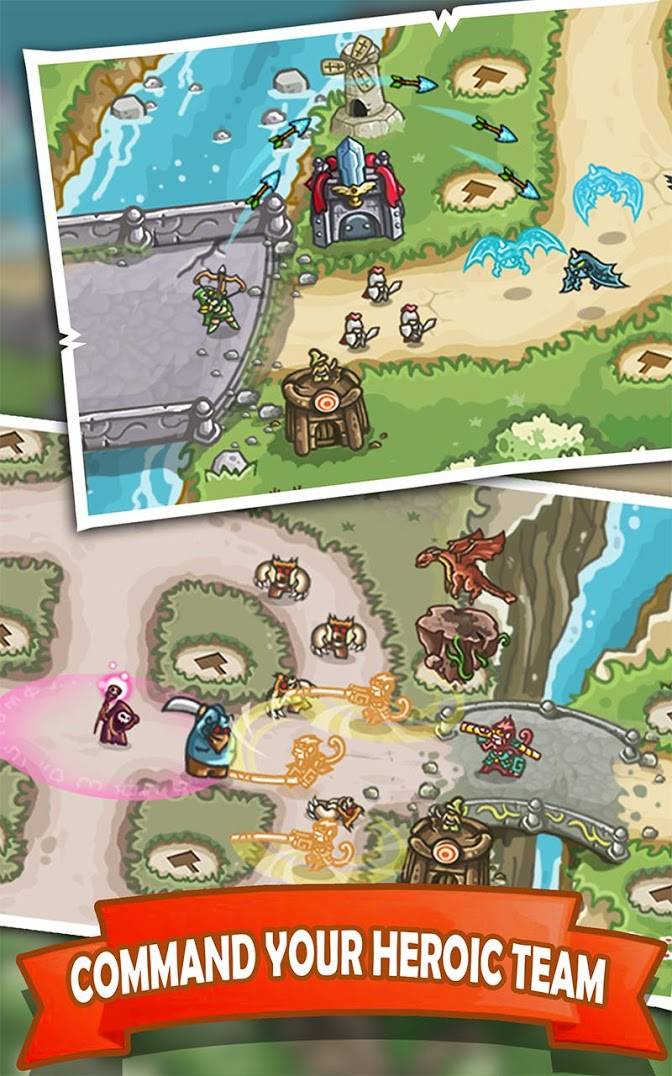