Knock’em All – Knock’em All is a fun and interesting game in the genre of action games that is made and released for free with in-app payments by the popular and famous VOODOO studio and is available to Android users around the world. The world is located. Usroid has prepared a new version of this game along with a modded version and prepared it for you to download for free. The French studio VOODOO has gained a special reputation for making fun and record-breaking games. This studio is one of the biggest competitors of Say Games game company Say Games, which is just like this studio in making and publishing leisure games and mobile record-breaking. Some of the most important works published by VOODOO studio are games such as Helix Jump, Flying Arrow,  Dune,  Crowd City, which we have all introduced in Usroid before, and you can click on the name of each to the same page. Navigate the game. This studio had previously designed and released a game with the same name called Push’em All, and now another game with the same naming style and relatively similar gameplay will be introduced in this article from Usroid at your service.

Knock’em All is an incredibly engaging and well-crafted title with a not-so-new idea that has become a fun title due to its excellent gameplay structure. In Knock’em All you go to a fantasy world to fight with painted wooden figures! Your job is to throw these dummies down from a platform before they become dangerous, or destroy them with sensitive shots and even blow them up! At the beginning of each stage of the game, you move from a platform that is suspended in the air and jump to another platform. There are wooden mannequins on each of these suspended spaces that move towards you as soon as you step on that surface. If you can not stop them in time and they reach you, you will lose. You have a main weapon that throws cannons instead of bullets and bullets! You have to throw the ball towards the mannequins and push them back, drag them to the abyss and cause them to be thrown down from the platform. Otherwise, you just have to shoot them in the head to make them explode! How to shoot the game and aim is very simple but somewhat challenging. Just touch the point you want to shoot on the screen, but you have to upgrade or buy weapons by advancing in the game and earning money, depending on the physical rules and movements of the game character. And get more items. Have good goals. Knock’em All is very well made and addictive and can keep you entertained for a long time. This game is now ready for download from Usroid as tested. It is interesting to know that Knock’em All has been downloaded more than 10 million times on Google Play. 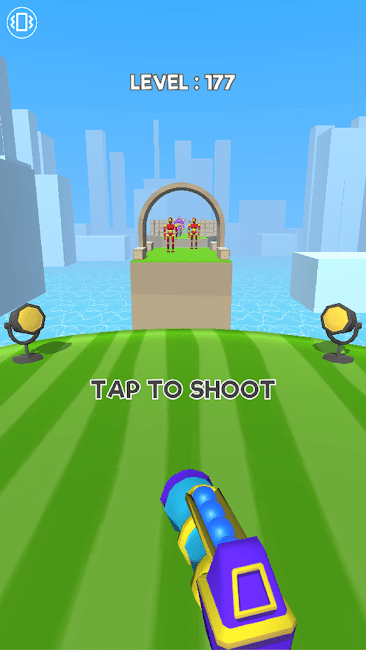 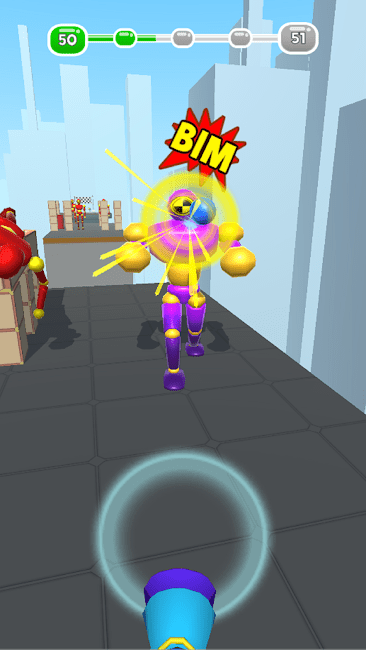 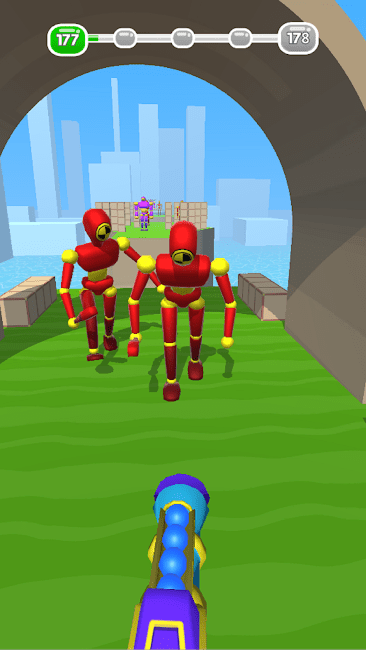 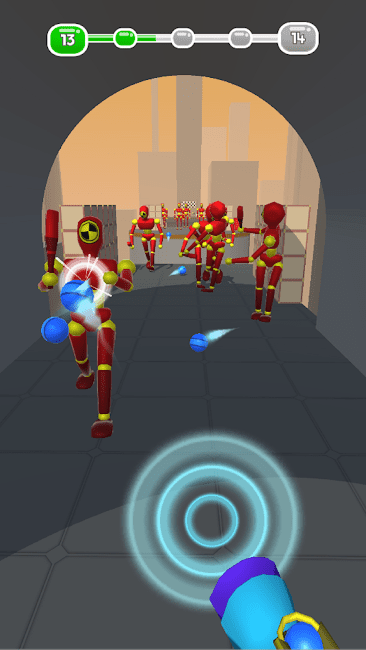 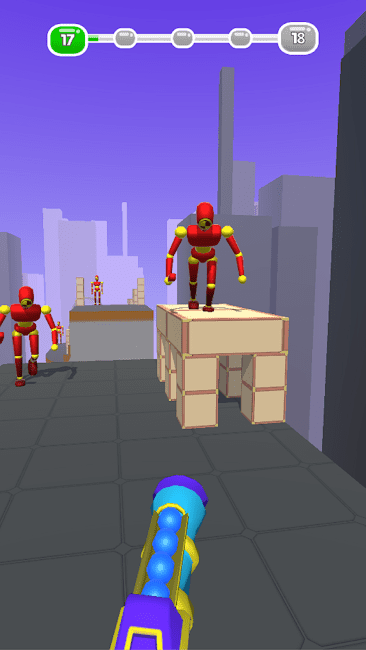 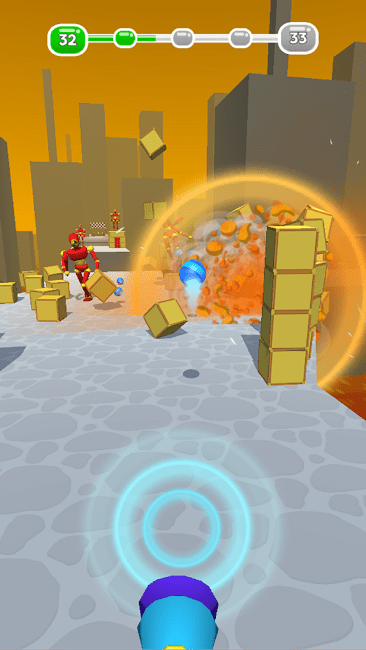 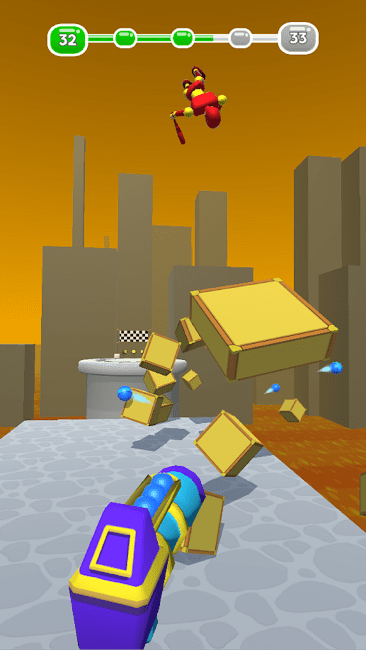 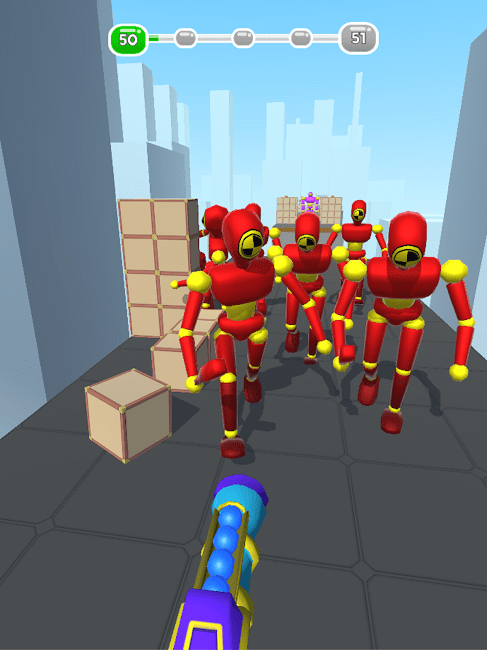