Larva animation is one of the most beautiful and popular animations of 2013, which surprised all animation lovers with its release; Today we saw the release of Larva game called Larva Heroes: Lavengers 2014 on Google Play, which was released completely free for devices with Android operating system! Game storySelected based on Chapter 21 of the Larva animation, we express it in the words of the designer: Large insects live larvae; Two strange red and yellow worms under the steel bars of the drain! These two insects must defend New York City against enemies, and so on! ” Yes ; You can choose one of the various larva characters with different colors such as yellow, red and super yellow to your liking and destroy different enemies in various places and environments and experience one of the most fun games. Bring action games on your Android phone .

Some features of the action game Larva Heroes: Lavengers 2014 Android:

* Ability to choose from different larval characters by the player

* Being two different types of games: easy and professional mode with the possibility of selection by the player

* Being different types of achievements such as gold, magic candy and so on

Game Larva Heroes: Lavengers 2014 with hundreds of thousands of downloads from Android Market has a rating of 4.5 out of 5.0   , which we have today in Usroid it will provide you with copies mode. 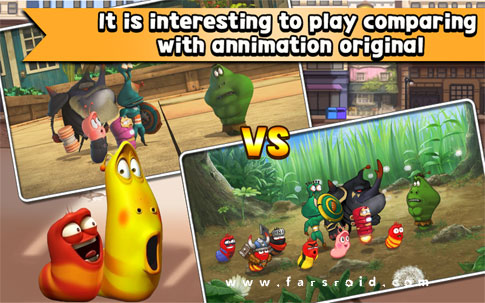 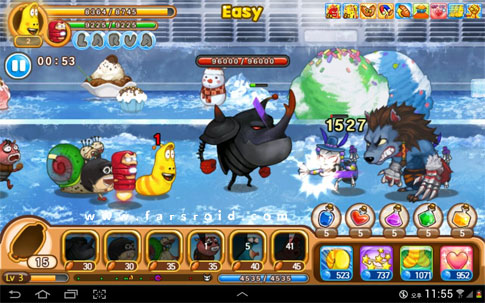 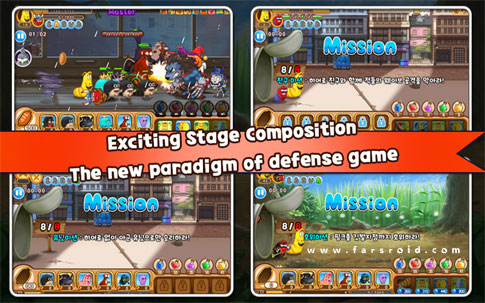 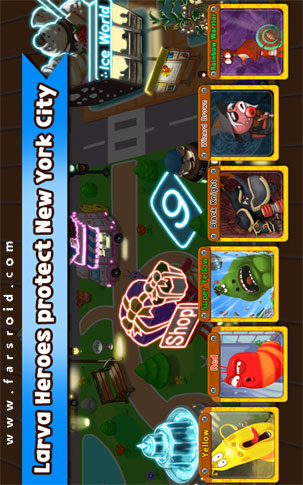 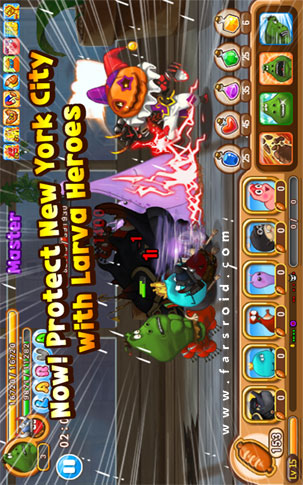 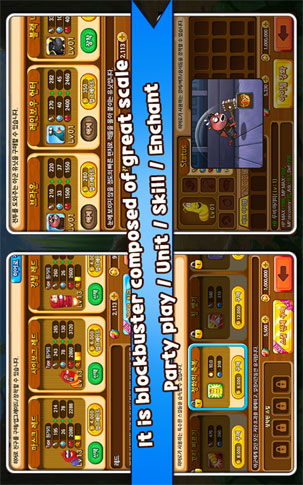