Layton: Pandora’s Box in HD v1.0.1 Full – Leighton Android mobile Fantastic adventure game data + trailer
price of $ 11 – and full purchased version of the game and introduced for the first time in Iran
tested by running offline and without Internet
Promotion

Layton: Pandora’s Box in HD – Layton – Pandora’s Box is an intriguing adventure game released by LEVEL-5 Inc. for $ 10.99 for Android devices. If you are familiar with Nintendo game consoles, you are familiar with the Professor Layton game series. Professor Leiton is the main character in this series of puzzle games that enters a new adventure every time. Layton: Pandora’s Box in HD has a new conundrum for fans of this collection, and this time Professor Leighton’s adventure is about a mysterious box! The gameplay is story-driven and adventure and puzzle elements are used in it, and if with the previous game of this series, namely Curious VillageYou are familiar, you can guess what the story is about. Professor Leighton is a gentleman with the same etiquette as Monsieur Poirot, who wears a long detective hat with a young boy named Luke. Together they must be able to follow the clues and solve various puzzles. The players’ adventure begins with the sudden death of Dr. Andrew Schrader, a friend of Professor Leighton, and it seems that Dr. Schrader’s death is linked to a mysterious box because it was last owned by Dr. Schrader. In his research, Dr. Leighton notices a strange luxury train ticket that says “no specific destination”! Professor Leighton and his assistant prepare the train ticket to investigate the mystery of Dr. Schrider’s death and the mysterious box. Along the way, players must carefully consider all the events and adventures that Professor Leighton encounters and solve the puzzles.

In Layton: Pandora’s Box in HDEach time players solve a puzzle, they can get items or information that can help them in later parts of the game. Puzzles and riddles will amaze the players and gradually the difficulty of the puzzles will increase and each puzzle will bring a new challenge for the players. This game is a series with more than 150 different puzzles that all puzzles follow the same story line and bring a different experience for players and fans of the adventure and puzzle genre. All the adventures and riddles are well designed and have unique details. In addition, the dialogues and sounds are well designed and interesting scenes are shown during the game, which has given a special cinematic aspect to the game. In addition to being remastered in HD, the classic European theme is well displayed in various stages and the design of the game environment is eye-catching. The controls are very simple, which makes this game suitable for all mobile devices. Layton: Pandora’s Box in HD is one of the most popular gamesIt has a good score of 4.4 out of 5.0 on Google Play and the Usroid team has providedthe final and purchased version to you dear ones in a tested and completely free way. At the end of this article, you can see the introduction video and screenshots related to the gameplay to get more acquainted with this game and download it from our servers if you wish. Hope you enjoy this game!

– Unzip the data file and then the com.Level5 folder . Copy LT2REU to the Android / Obb path of the device’s internal storage. 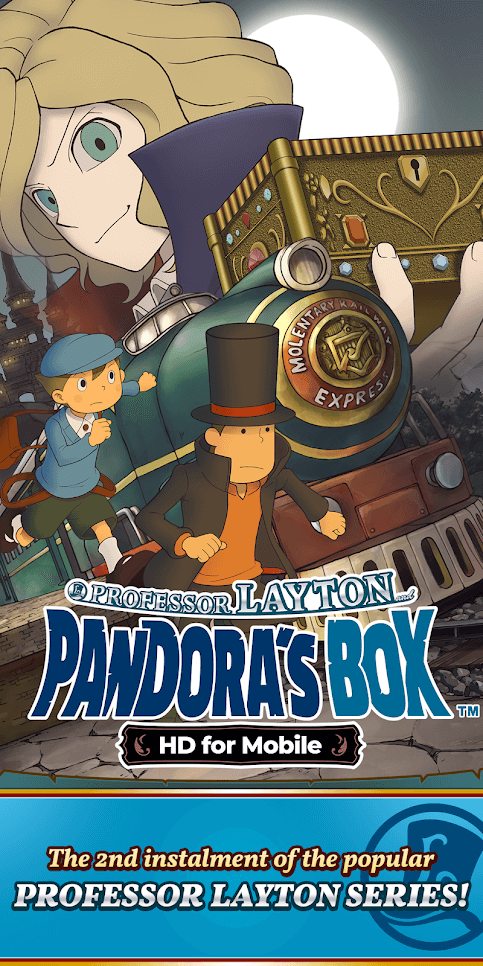 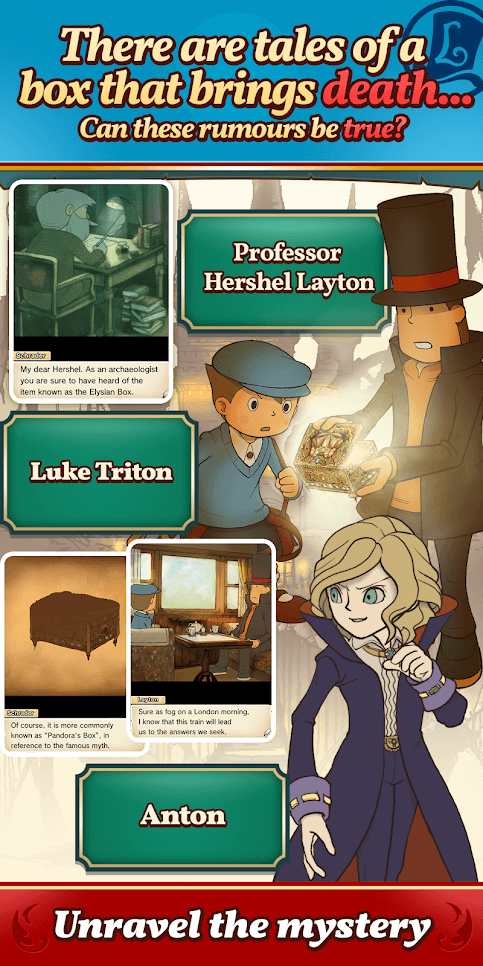 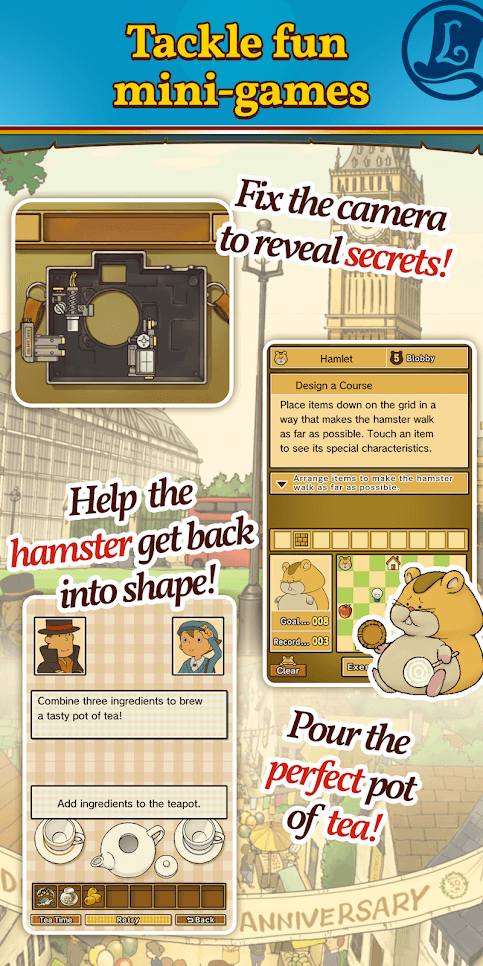 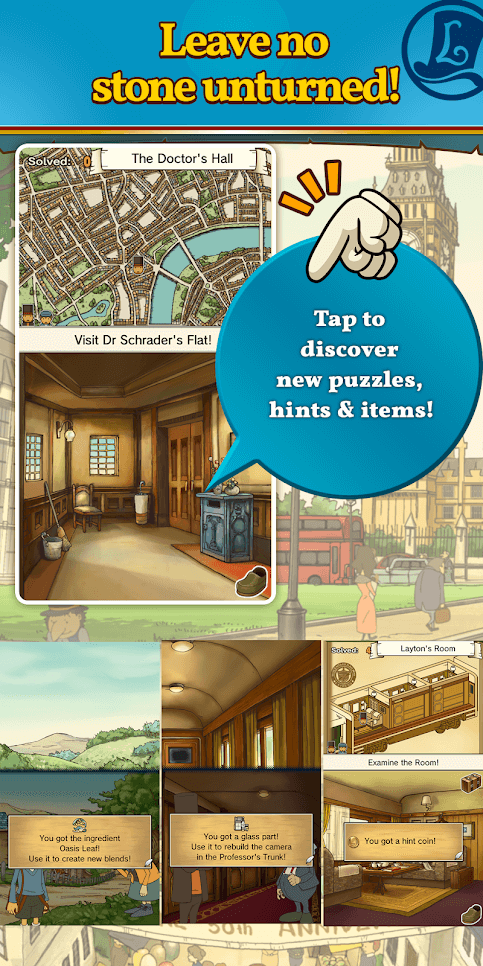 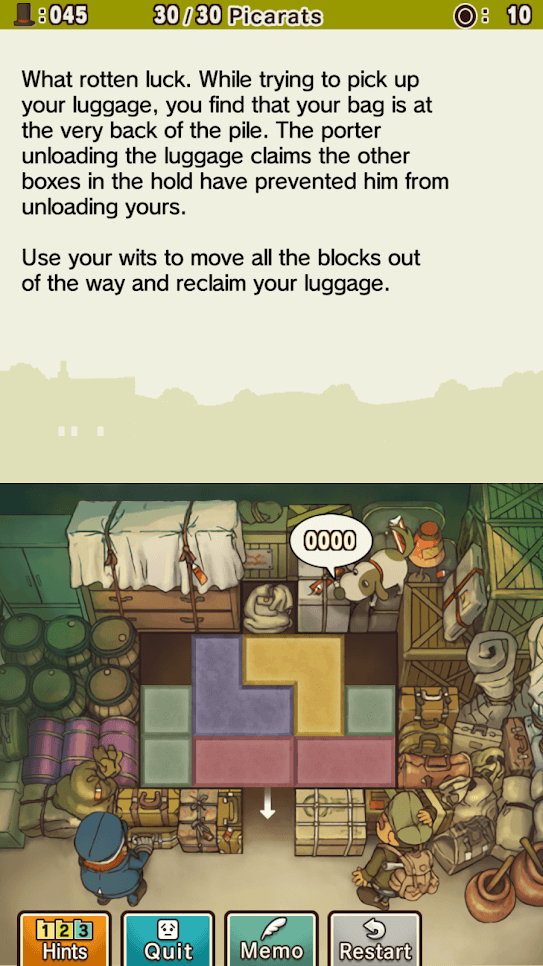 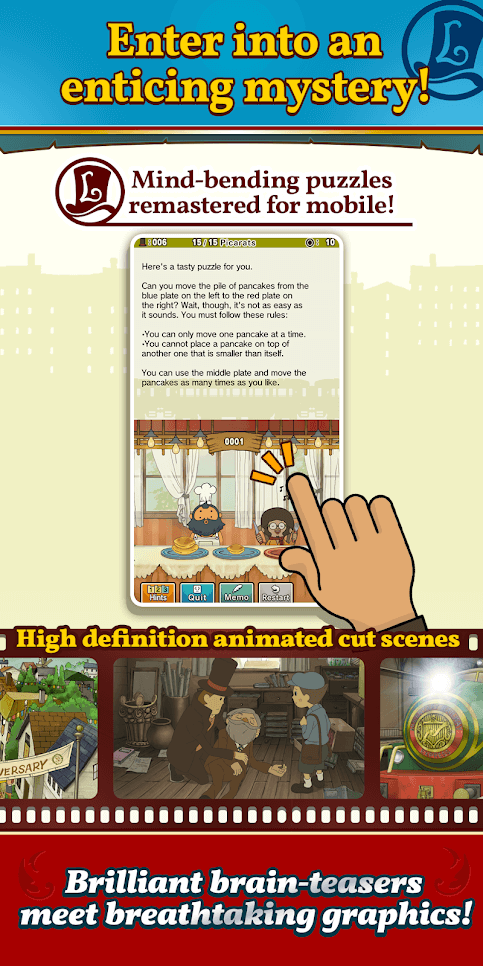