Learn C ++ v4.8 – C ++ language learning application for Android,
the original and official version with millions of downloads from around the world

C ++ is one of the most popular object-oriented programming languages ​​that has many fans around the world. It is not difficult to learn this language and significant abilities can be achieved by using virtual tutorials. So far, various apps in this field have been published in the Android Market, and we intend to provide one of the best of them to you dear ones. Learn C ++Title is a C ++ language learning application developed by SoloLearn for Android and published on Google Play. By providing users with access to a set of special tutorials, this software helps you to easily learn this widely used language and be able to write your favorite programs. More than eighty different lessons are provided by this startup, which are taught in 8 different levels and enhance the user’s abilities in various fields. Other features of the above app include its competitive mode; In such a way that you will be able to compete with other users and win them, in addition to earning XP and increasing your level in the rankings, you will significantly improve your abilities.

Some features and capabilities of Learn C ++ Android application:

Learn C ++ application, with the benefit of its various educational facilities and classes, has been able to receive a score of 4.6 out of 5.0 by Google Play users with more than one million downloads, which you can now download the latest original and official version from the Farsood website. Receive. This program has been introduced at the collective request of you dear ones and its latest update is in front of you. 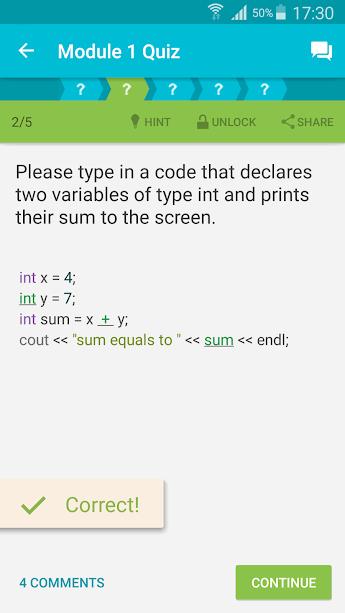 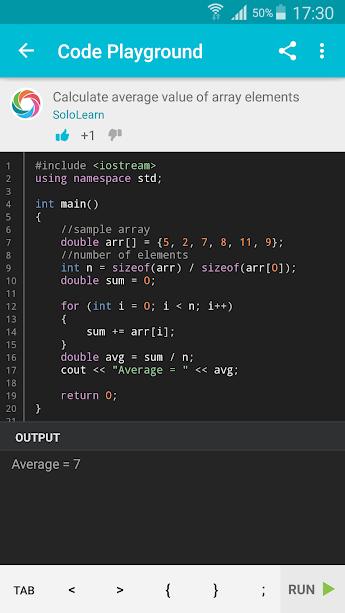 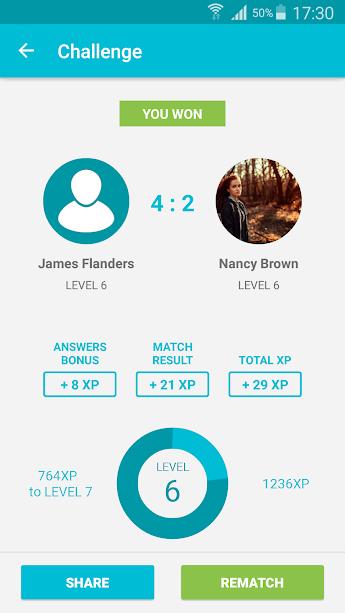 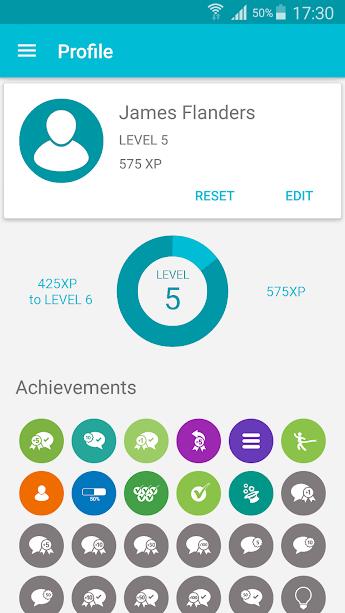 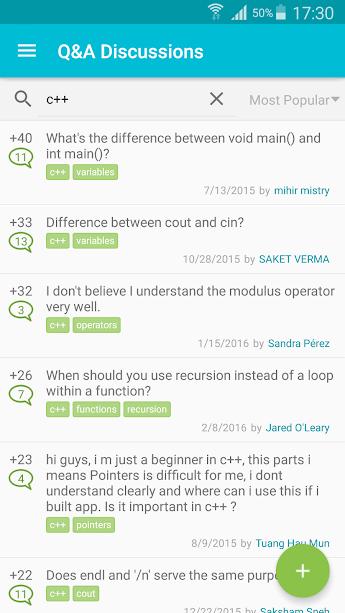 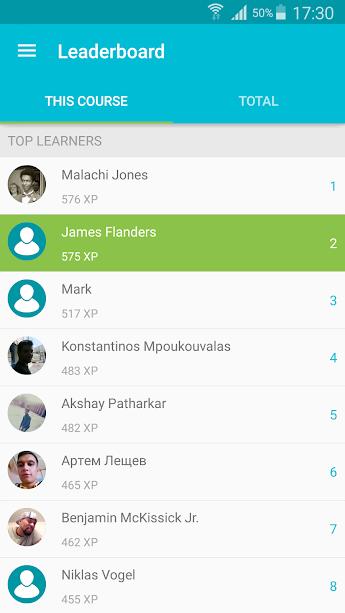 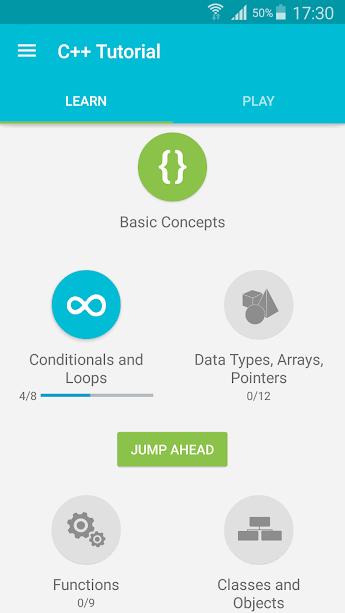 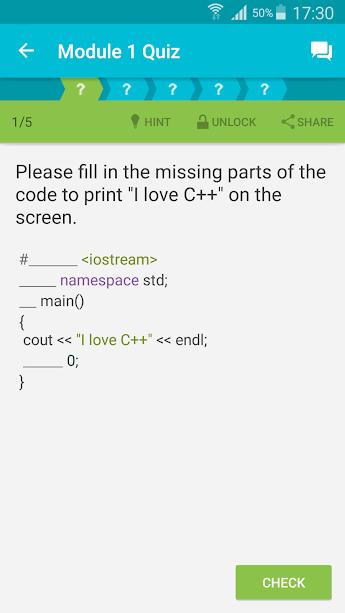