Learn Languages: Rosetta Stone Full Unlocked is one of the best, most popular and most useful language learning software for Android devices, offered by Rosetta Stone Ltd for free with in-app payment on Google Play, so that you can open it. You have to pay about $200 for its other features, and now we are going to introduce the full unlock version on Google Play, which includes all its features. With this software, you can learn English, Persian, Spanish, French and 15 living languages ​​of the world professionally in both video and audio forms! The Language teaching method in Rosetta Stone program is wonderful in that every word and object is taught to you in pictures and at the end of each training you are tested to be fixed in your mind in a wonderful way. The software displays several images for you and asks you to choose from the images for the mentioned word. If you are looking for a great and unique software to strengthen your language and language learning, the full version Learn Languages: Rosetta Stone will undoubtedly attract your attention.

The free version of the Learn Languages: Rosetta Stone application has been downloaded +5,000,000 times by Android users all over the world. Usroid for the first time, the latest test version, complete and unlocked it provides it directly to you.

Note: The Learn Languages: Rosetta Stone app is online and requires an internet connection – sign up for the initial run. 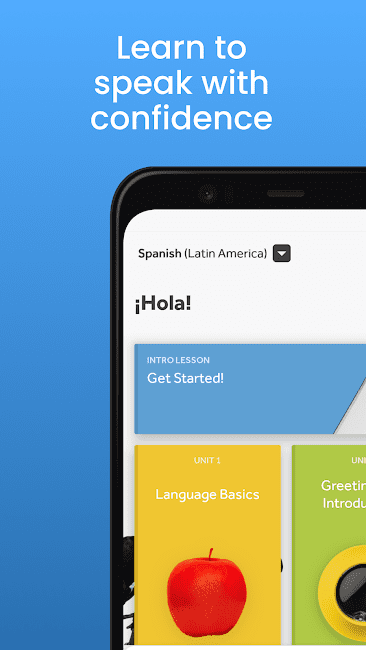 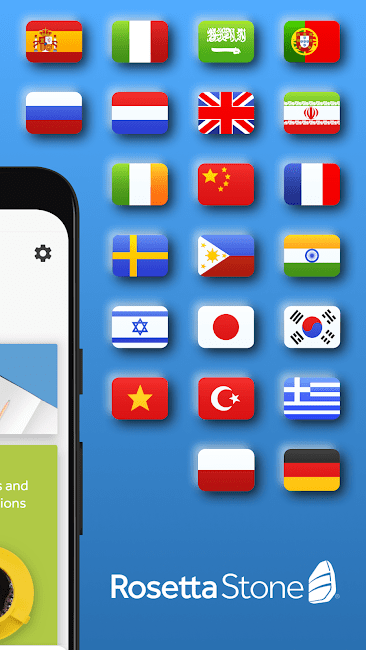 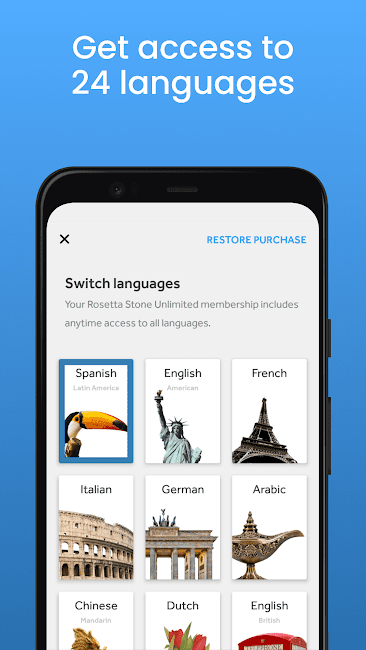 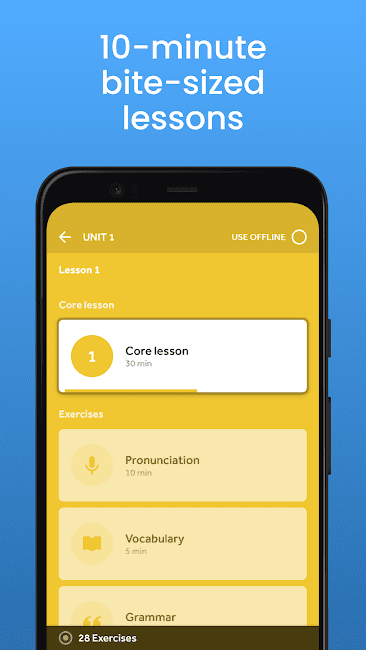 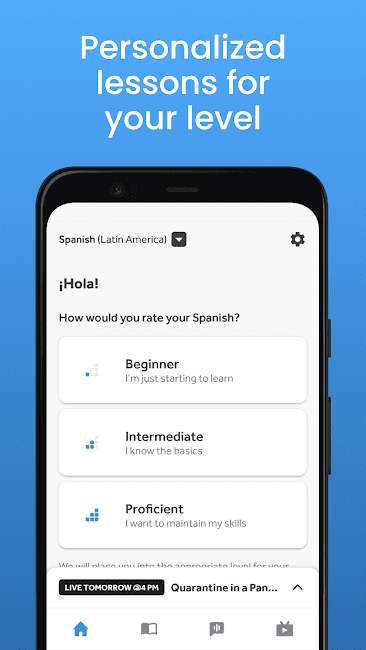 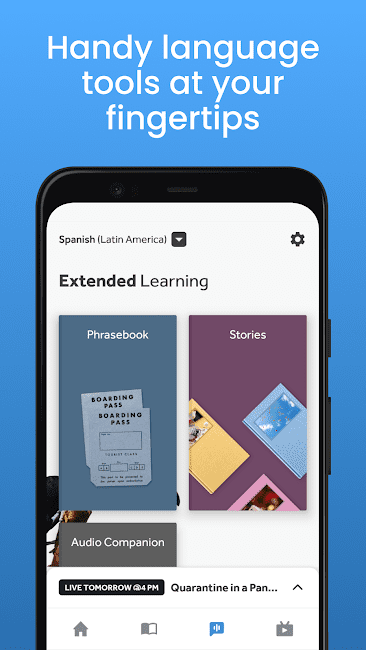 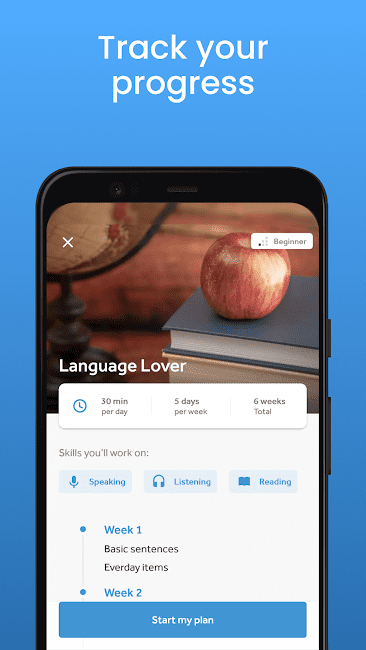 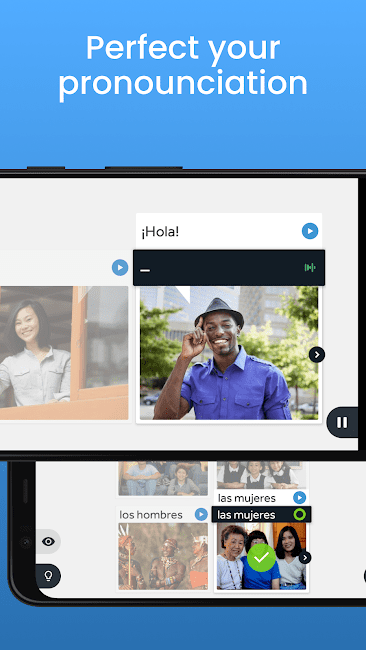