Ling App: Learn Languages ​​is a fun language learning application developed by Simya Solutions Ltd was developed and published on Google Play. Definitely one of our best uses of our Android smartphones is learning different sciences or topics. Over the past few years, the software released in this field has made great progress, and most of this progress can be seen in language learning apps. These startups with sufficient knowledge of the needs of students try to increase the ability of their users to learn by using the latest methods in the world. Usroid website has tried to provide the best of these startups to you dear ones. However, we have decided to introduce you to the new title in this post as well. Ling App: Learn Languages ​​software is without a doubt one of the best startups with which you can learn a language. Everything you need to learn a new language is in this program and you will be able to use it without any restrictions. With all these interpretations, there are various possibilities in LingAp, which we will discuss in full in the following.

Learning a language from the most basic level in Ling App: Learn Languages

One of the problems we see in many language learning startups is that they do not follow beginner training. In a way, all these programs start training from a certain level and quickly teach words and rules. But the point to pay attention to is the ability level of the audience! We have seen many times that even some users are not familiar enough with the alphabet of their preferred language. Knowing this, startup Ling App: Learn Languages ​​tries to teach your favorite foreign language from the most basic level possible. This means that the user first learns the letters of the alphabet and how to spell them, and then learns the words. Of course, you should know that LingApp does not only support beginner levels, but as much as you are proficient in a language, you can add to your knowledge with this smart app.

Learn the language with games and fun

Another issue that should be mentioned in the discussion of education is how to provide training. You have definitely seen people who, despite paying huge fees and attending training classes, still have not learned the language well. One of the main reasons for this is the dull classes and routine learning style that schools follow. However, in Ling App: Learn Languages ​​software, you can learn the language in a very beautiful environment in the form of games and entertainment. A set of games and entertainment is included in the heart of this smart app, which training through them periodically increases the user’s desire to learn. In addition, your teachings will be recorded in your long-term memory with the help of this educational system.

If we want to fully explore the problems of language learning apps, another issue that sometimes catches our attention is their support for limited languages. For example, if someone is interested in learning Japanese or Russian, they can rarely find the right software. However, the startup Ling App: Learn Languages ​​supports 60 different languages ​​around the world, including the sweet Persian language. In addition, you do not need to spend a lot of time learning the language. Instead, you can master your favorite language in just a few months by spending just ten minutes a day.

Ling App: Learn Languages (60) application with special features and capabilities in the field of language teaching by its developer has been released for free with in-network payment of $134.99 and has received a score of 4.6 out of 5.0 by users. Now you can download the latest premium version without any restrictions from the large and popular Usroid website . 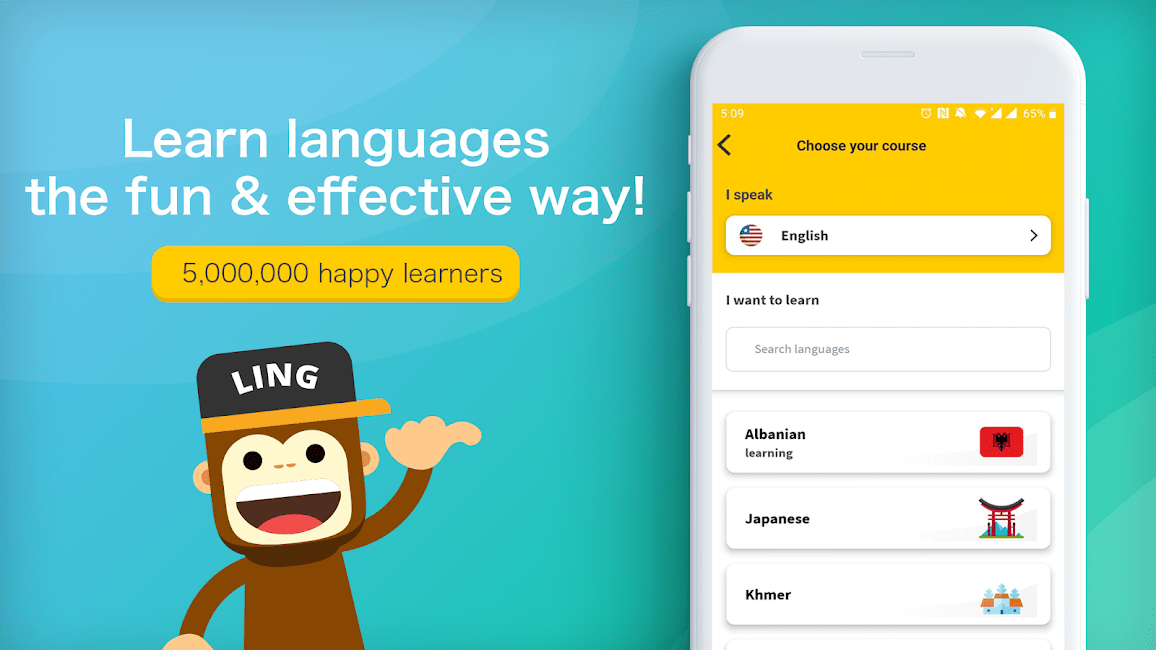 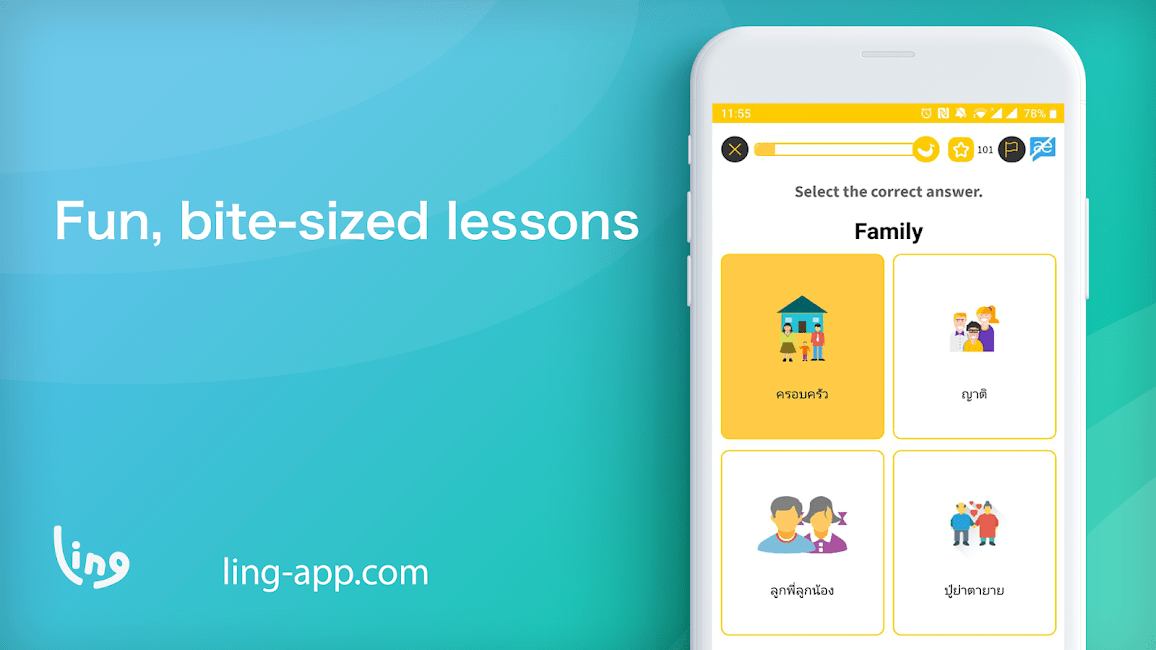 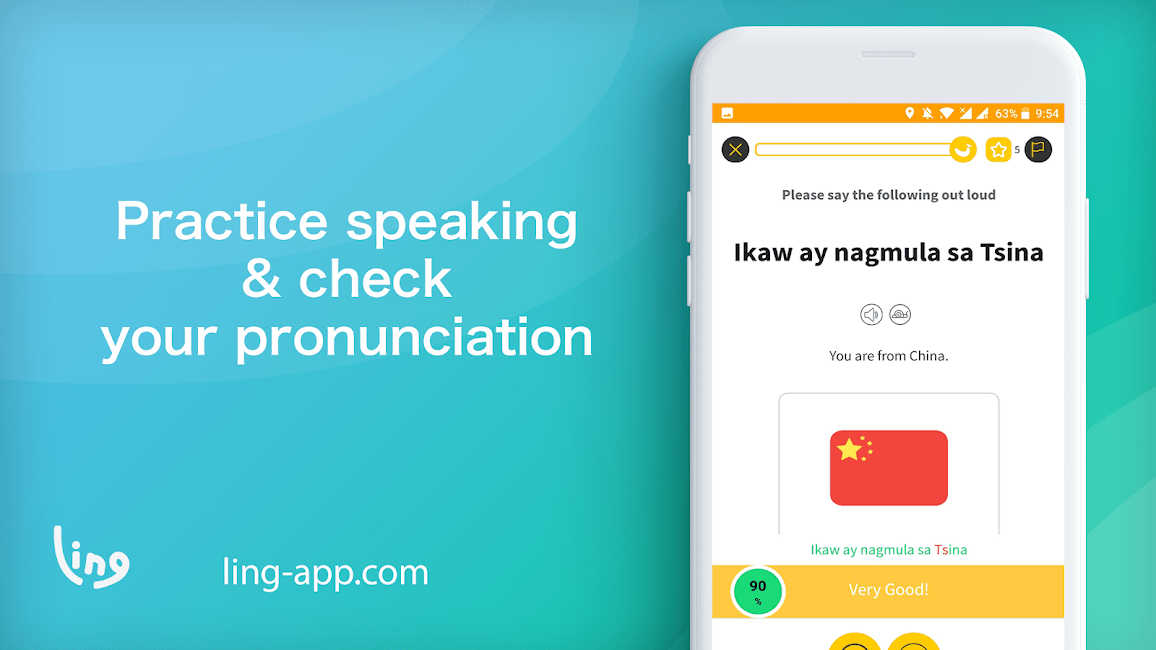 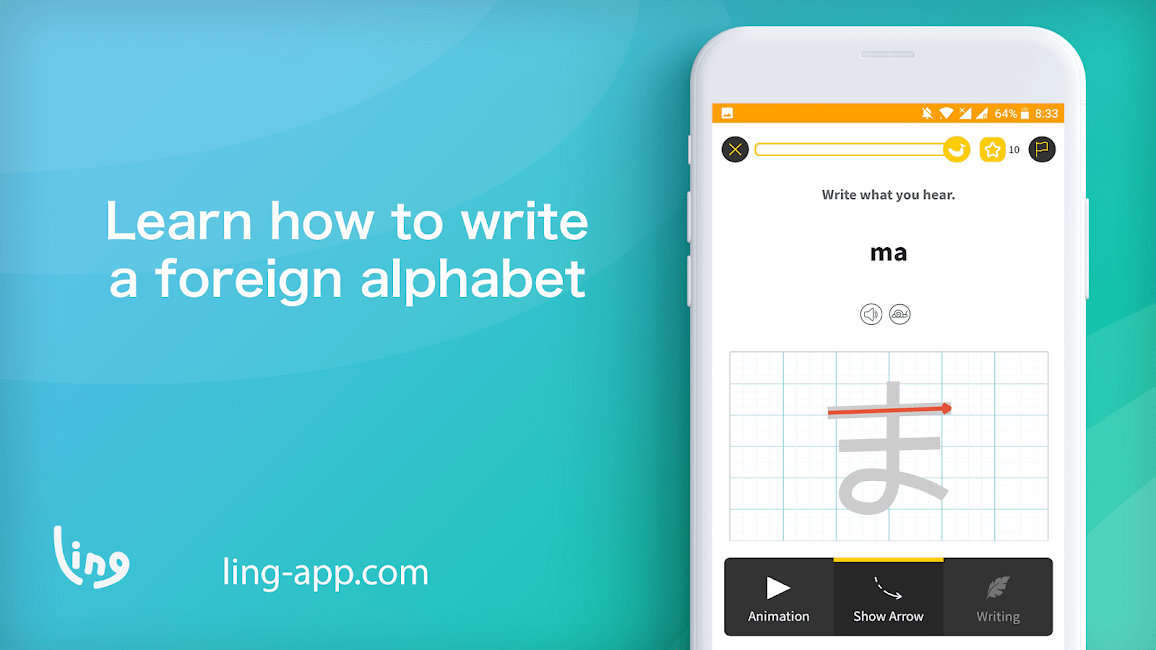 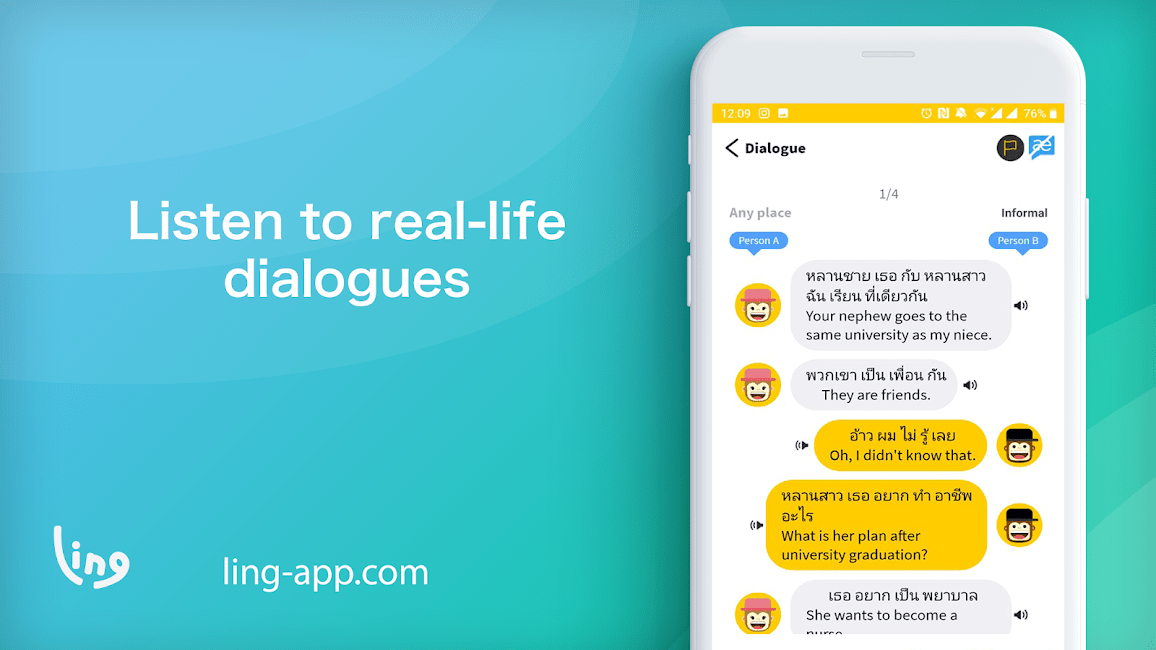 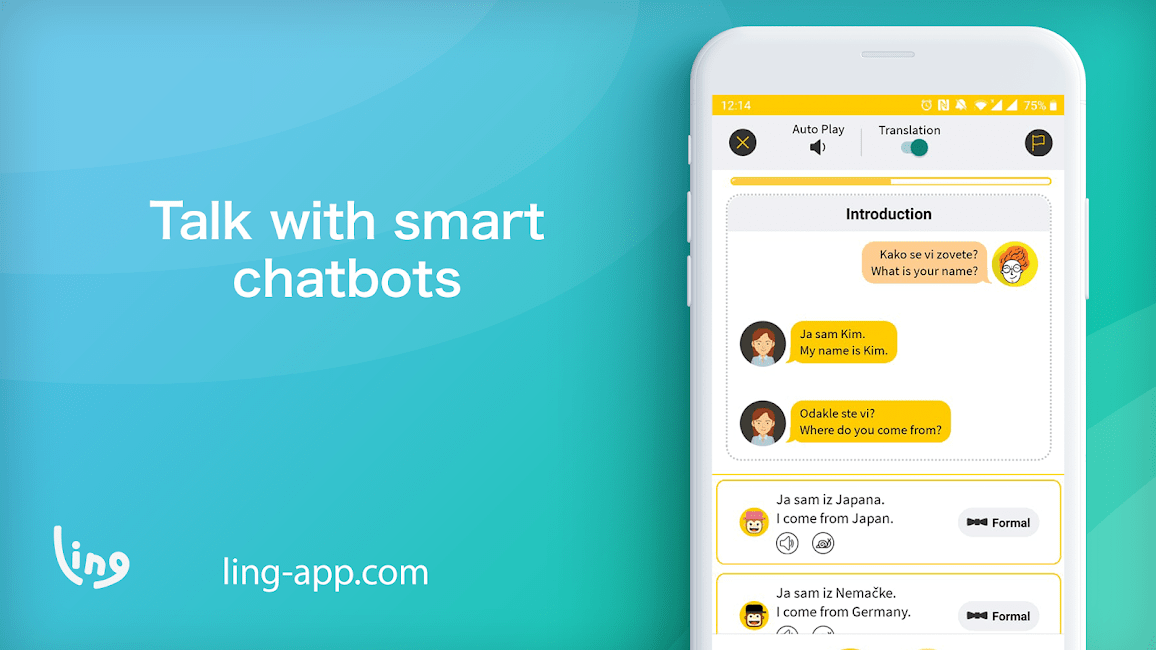 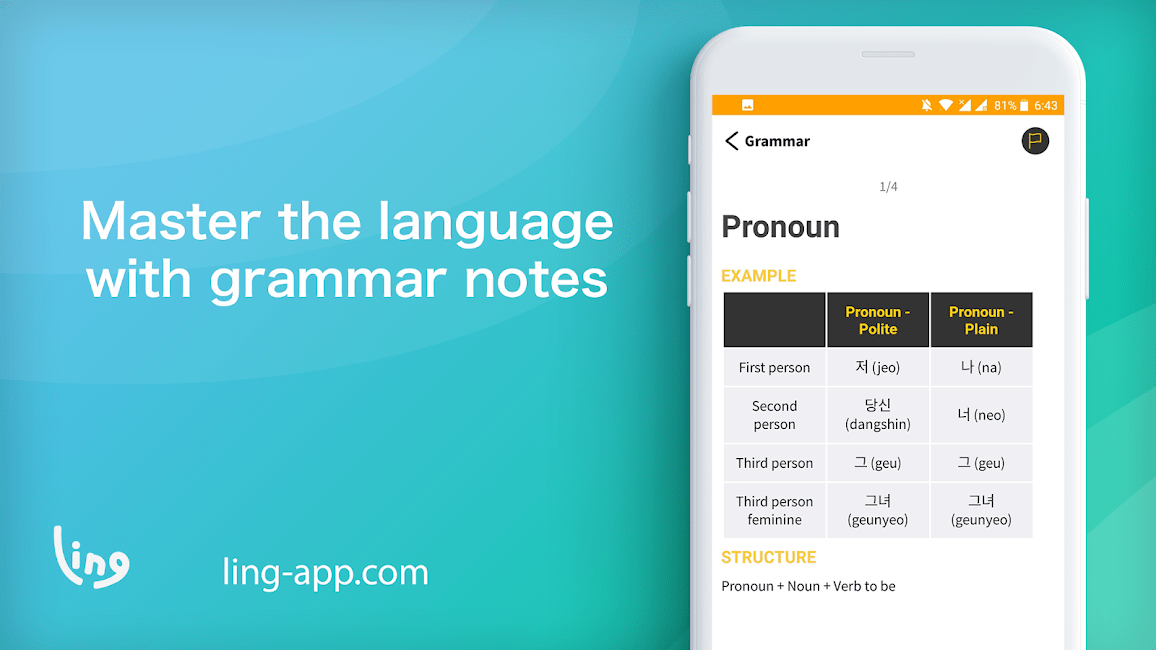 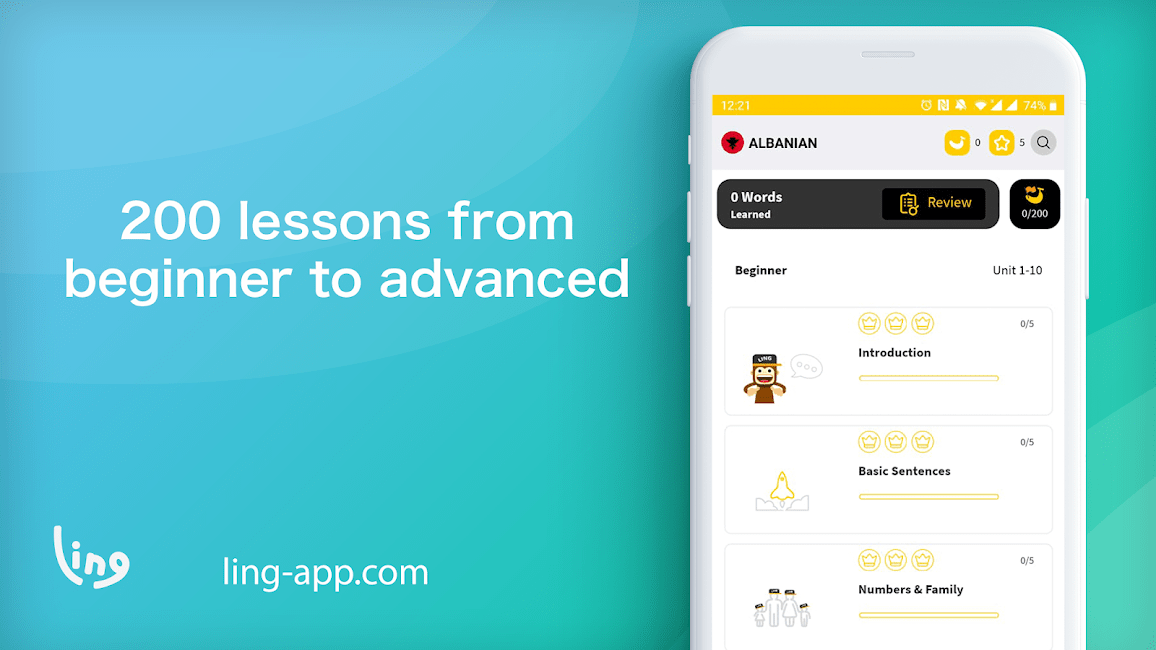