Computer image or vision recognition is one of the new technologies that works deeply on the basis of artificial intelligence. In computer vision, an attempt is made for the computer to be able to fully recognize the received images in all its details. For example, when an image of a boat is given to a computer, in addition to recognizing that it is a boat, it must also recognize the type of boat, its size, and other information. This can be done by learning the machine and using the nervous system. In this way, a large number of images with different subjects are given to the computer. The computer uses various algorithms to categorize these images and identify their features. After giving an image to the computer, the accuracy of its performance is measured. If it can relate the given image to a correct category of images, it means it has performed well. Otherwise, the computer expert determines the category of the given image, the computer can learn new features by reviewing the new image and improve and improve itself by repeating this process. Google is one of the largest companies in the world and has a huge data set. With this huge amount of data and Google’s cloud computing system, great image recognition services can be created. Today I am at your service with a program that Google has made this way.Lookout is an app for detecting objects with the phone’s camera, to help people with visual impairments, for the Android operating system, developed by Google LLC and published for free on Google Play. With this program, you can point the phone’s camera at anything so that the phone can recognize it with high accuracy and say its name. Visually impaired people can easily shop, read different texts or learn about the objects around them with this program. Lookout is available for the following devices with Android 5 and above: Google Pixel; Samsung S6, S7, S8, S9, S10; LG G7, G8.

Some features and capabilities of Android Lookout app :

The Lookout app is a great tool to help the blind and visually impaired people to recognize their surroundings, which with the satisfaction of Android users has been able to receive an excellent score of 4.7 out of 5.0 from Google Play users. Now you can download the original, full and without ads version of this program with all the features and capabilities from Usroid for free. 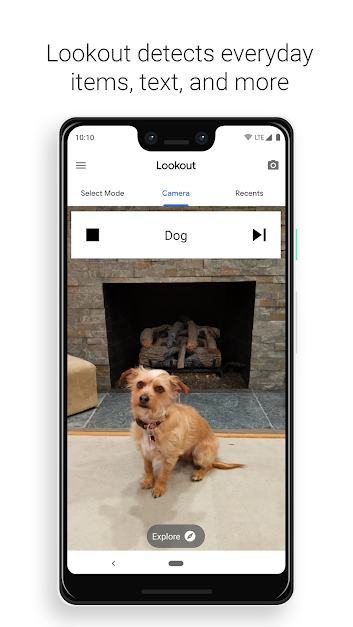 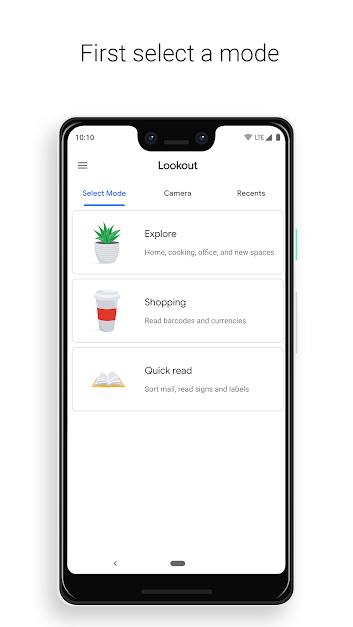 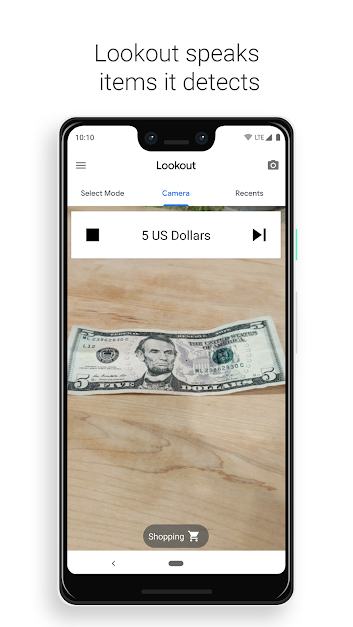 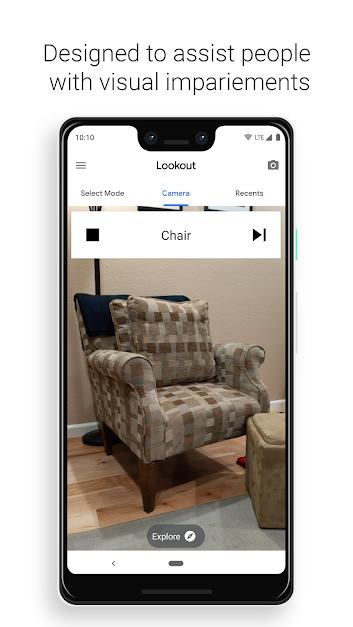