Mad Games Tycoon – Mad Games Tycoon is a game in the simulation genre by Toplitz Productions GmbH for $ 4.49 Released for Android devices. This indie game studio has succeeded in presenting its first game and starting its career, and has launched an interesting, fun, and challenging game on the Android Market. As the name implies, Mad Games Tycoon is in the style of capitalist games. This style of games has been with gamers for years and has a long history. Some of these games are really classic games, among which we can mention Zoo Tycoon and the Rollercoaster Tycoon series, and of course, some of them, like Toilet Tycoon, have been a bit weird! But in general, this style of games has a special place in the hearts of many gamers, and Mad Games Tycoon is one of these games. Available on PC, Steam, Xbox, Nintendo Switch, and now in the Android Market, the game has been an amazing success from 2016 to the present on various platforms. Mad Games Tycoon is basically a game about making games. But the question is whether this game is a good game about making a game or an awful game about makingIs it a game ? Fortunately, we must say that this game is one of the best games currently available in the Android Market and has the potential to become a new hub of simulation games. Just like most capitalist games, there is no specific goal for you and instead the focus of the game is to get as much capital as possible. How you do this is entirely up to you, and this is what sets this game apart from other games in its class.

While in most games of this genre, gamers are limited, in Mad Games TycoonYou can freely do whatever you want. There are many ways to succeed and you will never be limited to one way. You can build your own console or build a new game engine. Or you can become a developer and sign various contracts. You can even buy a game studio for your competitors and get them out of the competition. But the main focus of the gameplay is more on making the game and most of your time will be spent in this section. There are many options on the table for this section. There are hundreds of topics to explore. From epic games to sports games and everything in between, there is so much variety to choose from. All popular genres and more than 40 features are included in this game so you can make the best game possible. Only these things, which are the nomadic part of the game, will make you have hours of fun and a unique experience. Of course, we must say that not all of your ideas will succeed in this game, and you may be repeatedly destroyed by critics and experts and receive the title of worst game of the year from them. But there is no need to worry and defeat is part of the game. You can try and make mistakes and learn from your mistakes and make the next game better. So everything will not be as simple as you think and you will face a good challenge in this game. All in all, this game has been able to find the magic formula of the capitalist style and use it to bring an extraordinary, unique, and unique game out of the water. The appearance of the game is very eye-catching and looks modern and has good graphics. The controls are simple, and by spending time and searching in the game, you can get acquainted with all the functions and mechanisms after playing a few times, and get addicted to the game of your own free will after gaining anxiety. TeamUsroid intends to provide the final and purchased version of Mad Games Tycoon game to you dear ones in a tested and completely free form. At the end of this article, you can download the original version of this game along with the data file from our servers and enjoy its execution!

* Release of the first version of the game for Android devices

– Download the data file and decompress it. Copy the com.raylightgames.MadGamesTycoon folder to the Android / obb path of the device’s internal storage. 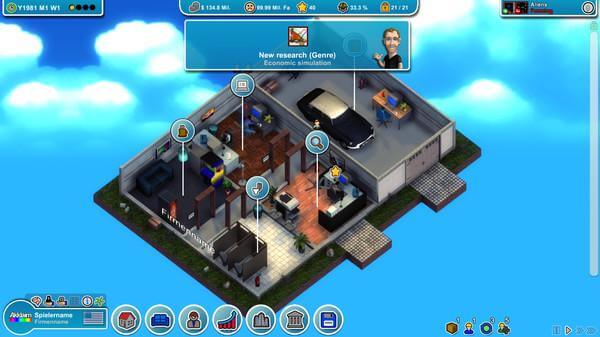 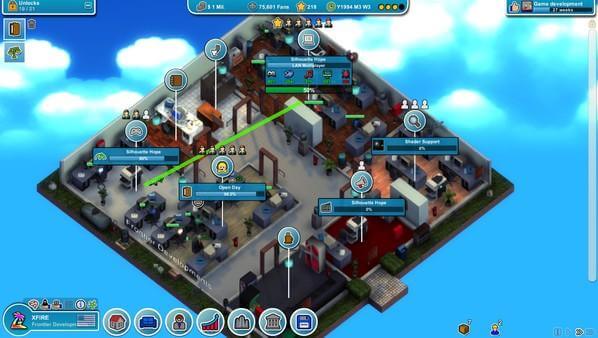 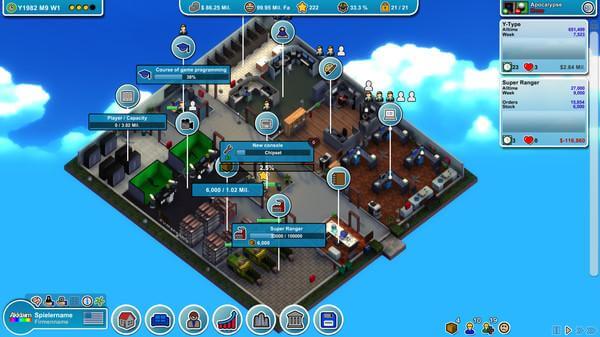