Manor Cafe is a new, fun and lovable game in the style of puzzle games and adapters from GAMEGOS game development studio for Android, which is offered for free on Google Play, and as always, we have decided to introduce it to you for the first time in Iran. And to delight you once again by providing the original version and its mode! The general story of Manor Cafe game is about your purchase of an old and abandoned restaurant and now you want to make it prosperous! Enter an incredibly beautiful matching game for the prosperity of your restaurant and by putting similar items together, remove them with a swipe of your finger and gradually get closer to your goal! By removing similar items and climbing to higher levels, you will buy sofas and other different items for your restaurant and you will get closer to your goal! During this adventure you will meet a wide range of lovely characters that doubles the excitement! If you are a fan and lover of puzzle games, Manor Cafe will undoubtedly attract your attention with its good construction and design!

Manor Cafe game has been downloaded thousands of times by Android users around the world from Google Play and has been able to get a good score of 4.5 out of 5.0, which we have released the latest version of Usroid along with the mode for download! You can first see pictures of the gameplay of this game and finally, if you wish, download it with one click from Usroid high-speed servers! Finally, both the original version and the game mode have been tested by us and run without any problems. 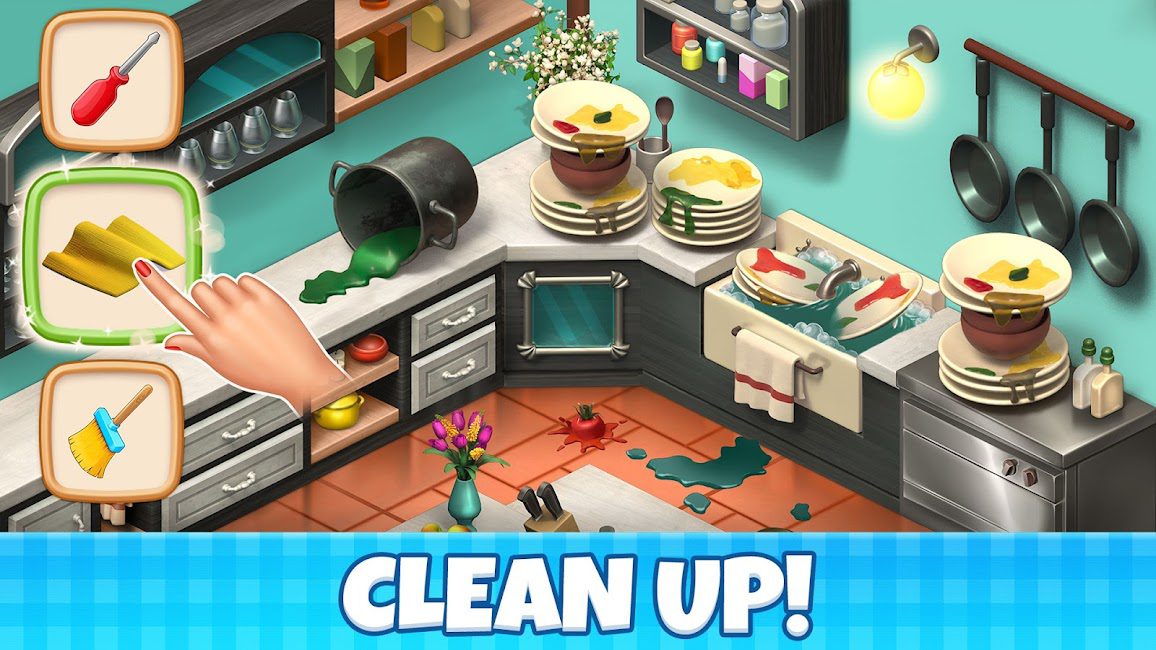 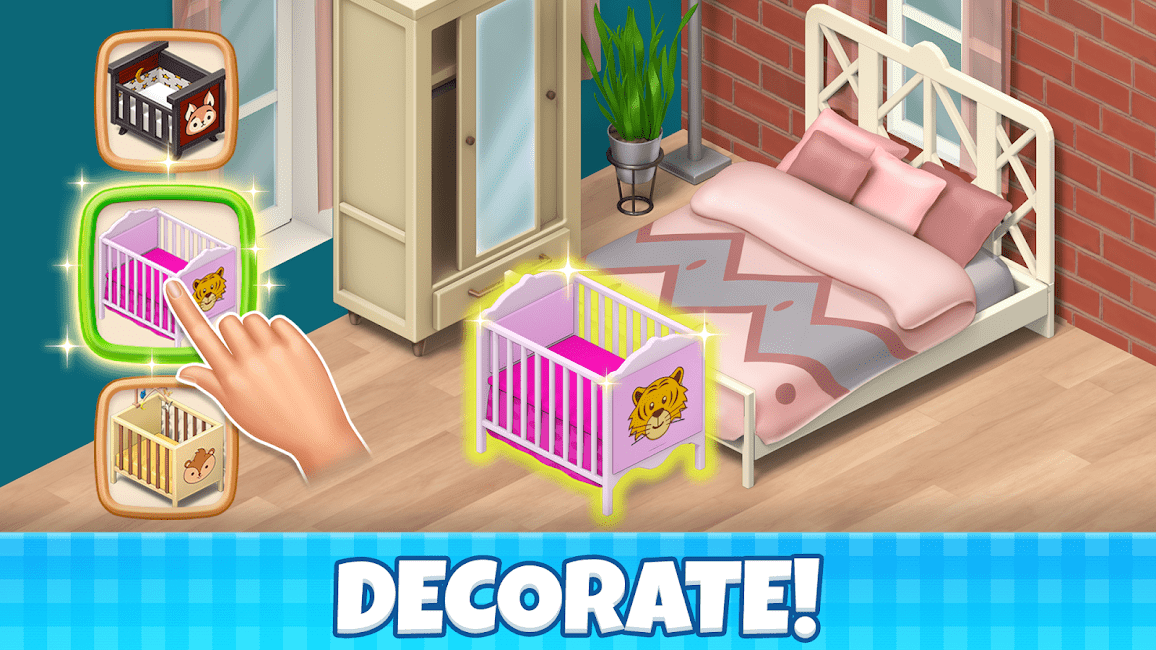 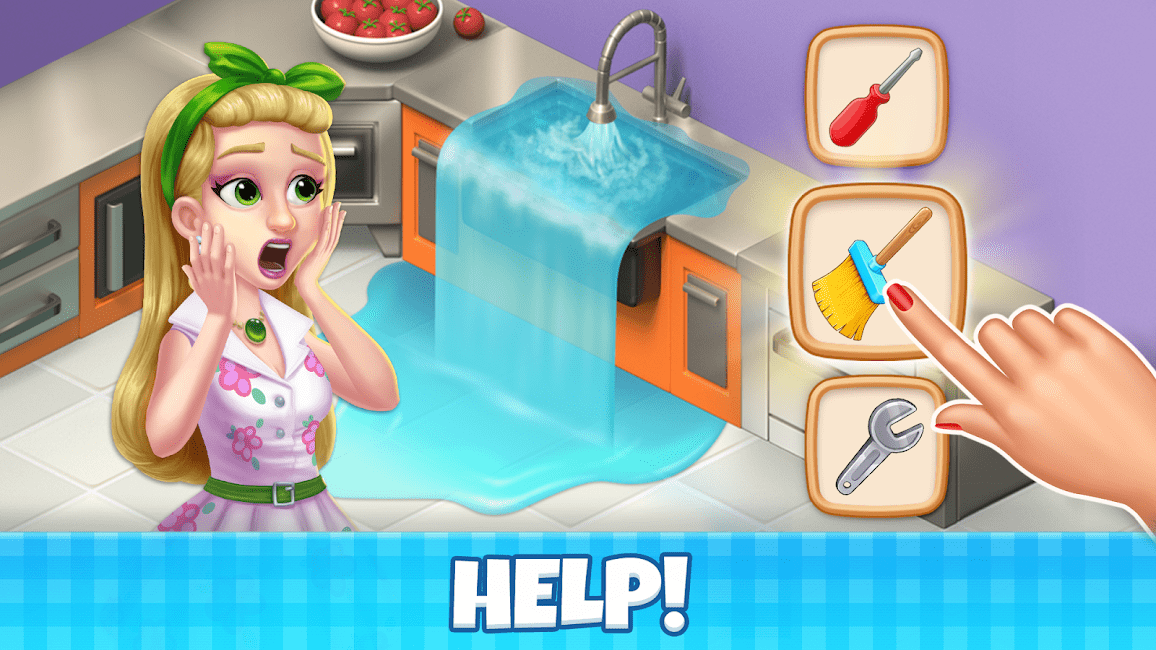 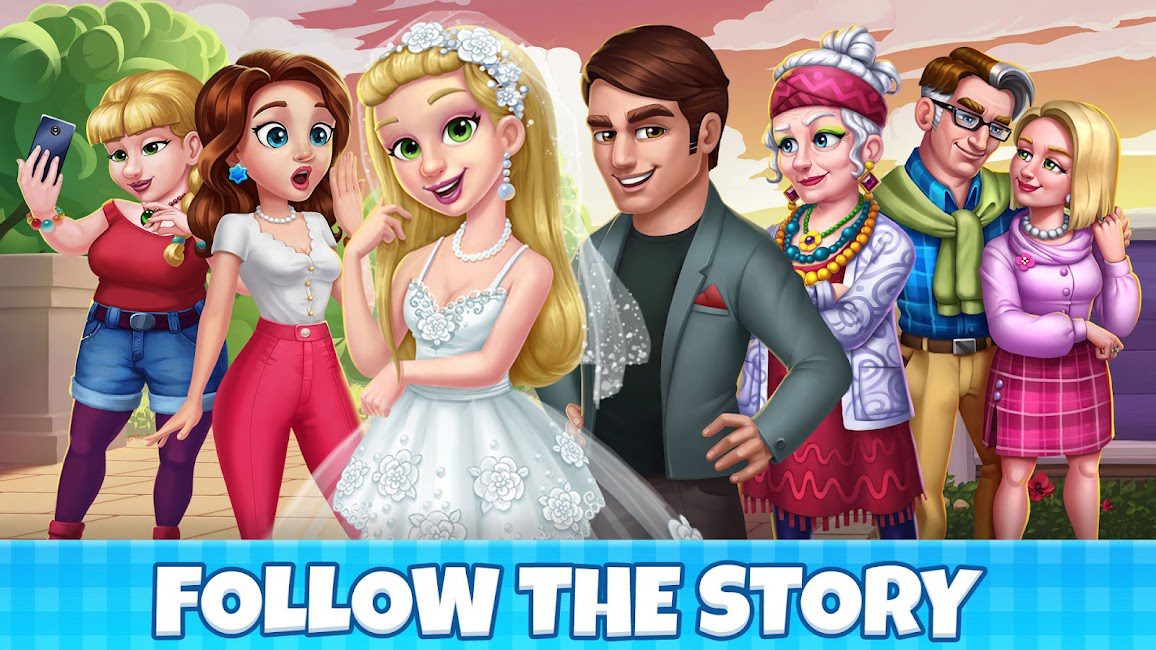 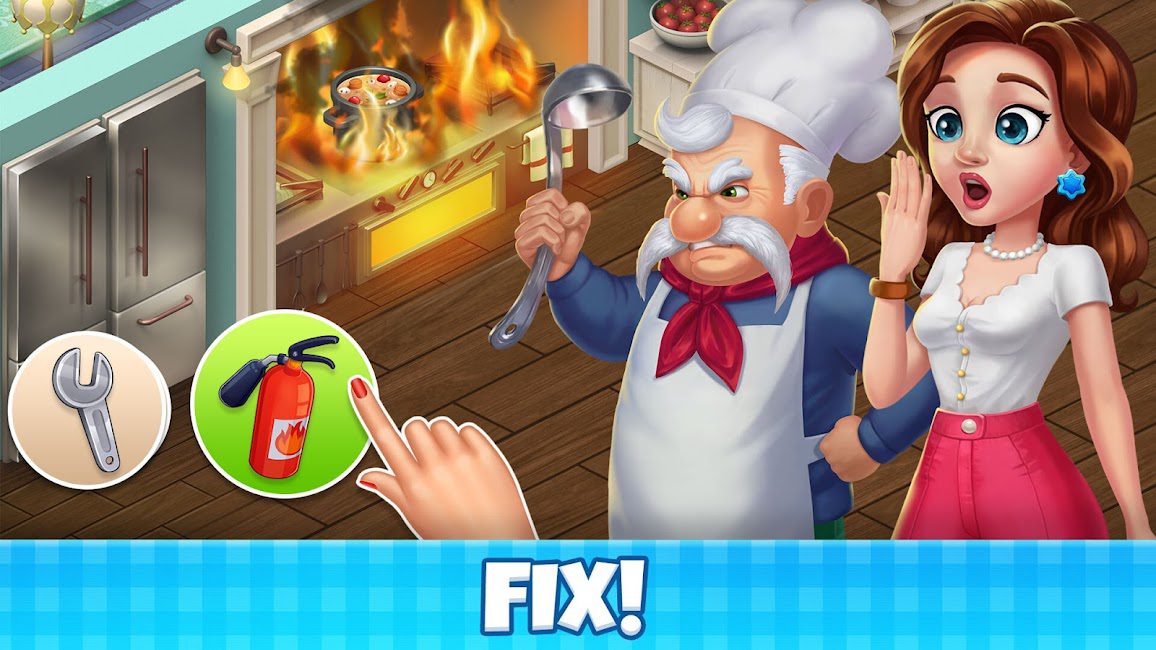 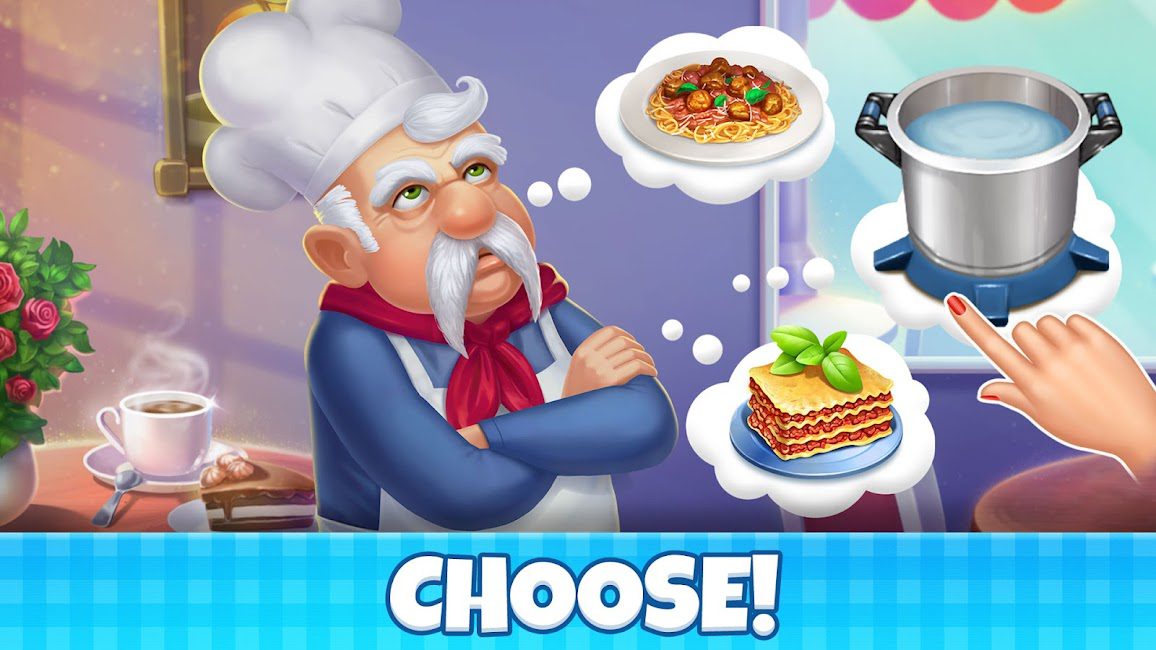 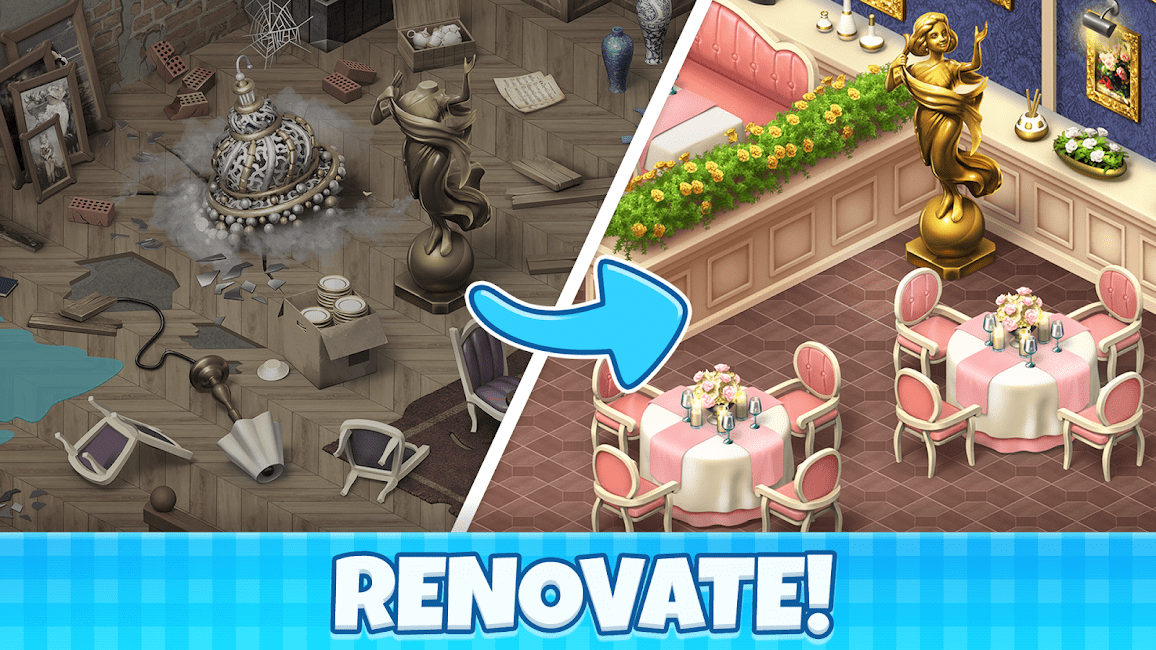 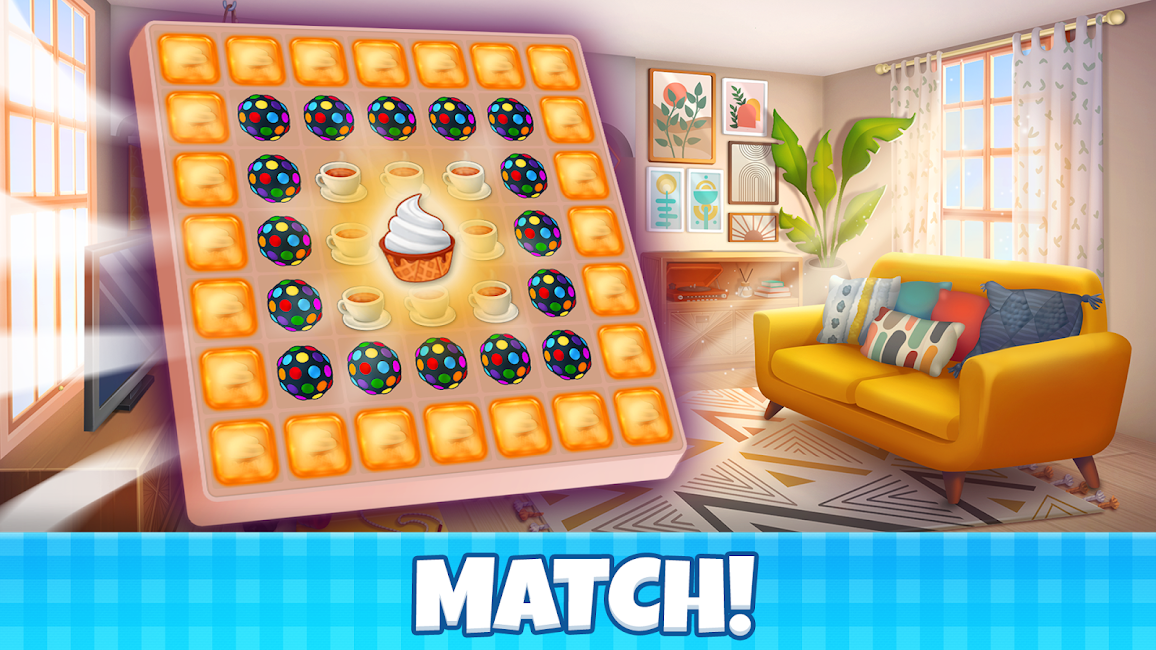