MARVEL Future Revolution is another well-made and very attractive game from the Korean studio Netmarble, which was developed a few years after the development and release of the popular MARVEL Future Fight game, and with better graphics, gameplay evolved and overall trend It was designed to be more advanced. Netmarble Studio took nearly two years to build and design this game, and without a doubt, this game will be one of the biggest projects of this creative and famous game development company. Usroid has prepared, reviewed and provided this game for Android devices at the same time with the release of the new and final version of the game. MARVEL Future Revolution can be considered a continuation of MARVEL Future Fight. This time we see the addition of more heroes from the world of Marvel and new characters and members of the famous group of Avengers. Marvel Future Revolution game is developed in the role-playing style (Role playing) and is made with fully action and exciting elements. In addition to these elements, the fascinating and exciting story of the game, which is followed linearly, is another significant advantage of this title.

MARVEL Future Revolution tells the eternal story of Marvel heroes’ battle with aliens and enemies of humanity. The game developer claims that this game is the first Open-World Action RPG from the MARVEL series of games for mobile devices. Netmarble Studios also claims that the game’s graphics level is at the AAA level, which is actually one of the strongest graphics levels among mobile games. In MARVEL Future Revolution, you have to perform various missions and follow the story of the game in the role of heroes and various characters of the MARVEL world. Each stage of the game may be followed by one of the characters, and in this regard, you must proceed according to the story of the game. Apart from the single player section, this game also has an online section and multiplayer battles, in which you can either follow the game’s multiplayer missions and stages, or compete with other players in the PvP combat section. The game’s graphics are designed with great detail and great care has been taken in modeling. Attractive voice acting and interesting dialogue are other features of Marvel Future Revolution game, all along with a smooth, dynamic and exciting gameplay that can be run at 60 frames per second, a unique package of a professional game. And are considered attractive mobile. To get more familiar with the features of this game, you can watch the introductory trailer video or screenshots of this game, and then, if you wish, you can download this voluminous and graphic game from Usroid download box for free and in a tested form.

Note: The game is only installed on phones with a 64-bit processor [ARM64] + has a +3 GB of data that is received with the game itself. 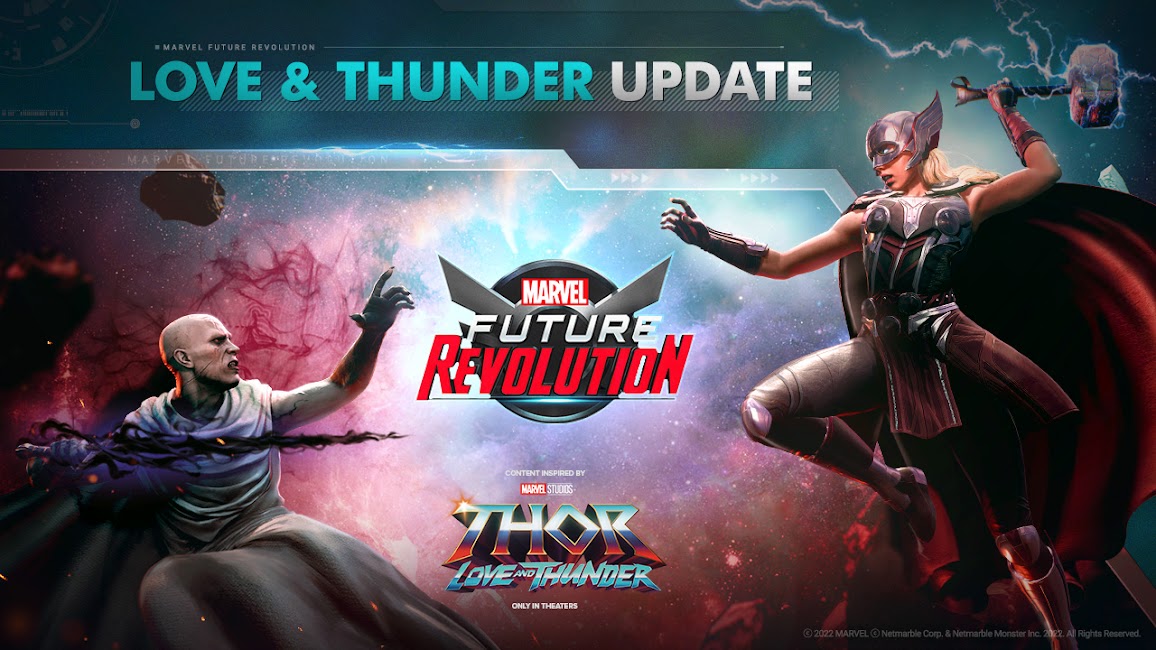 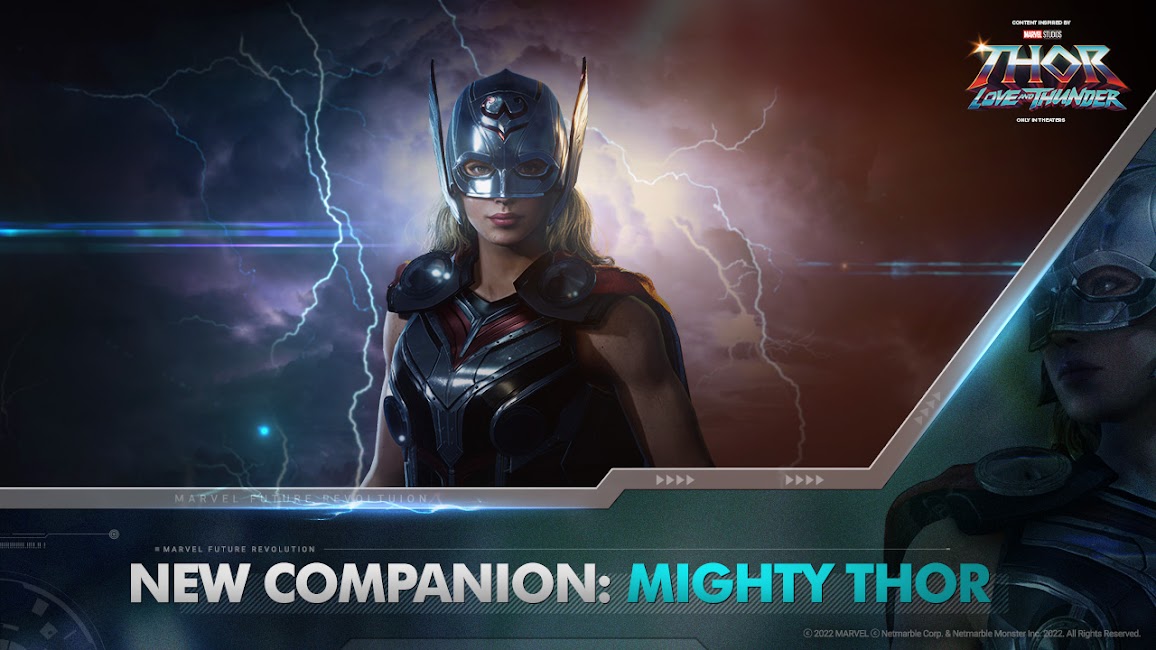 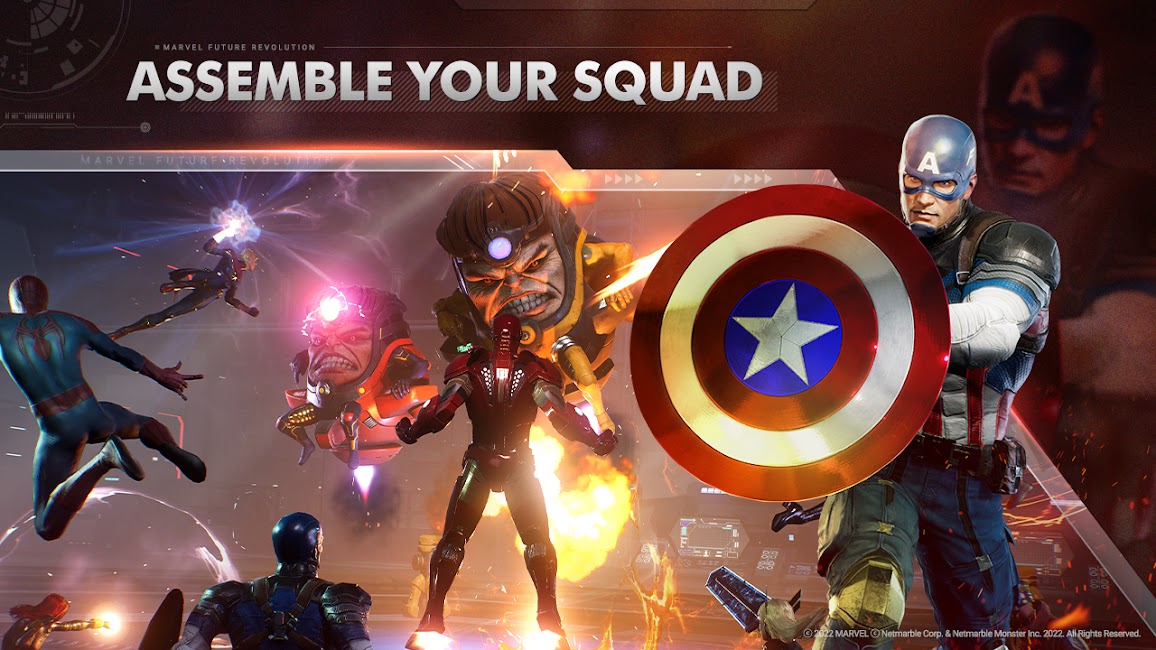 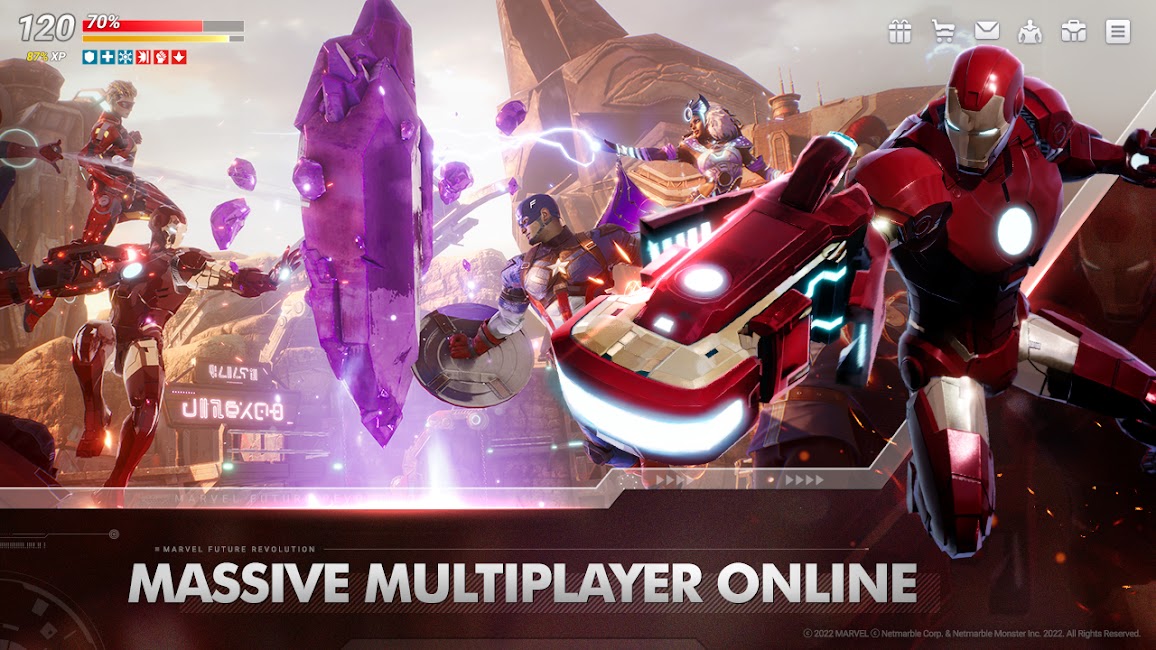 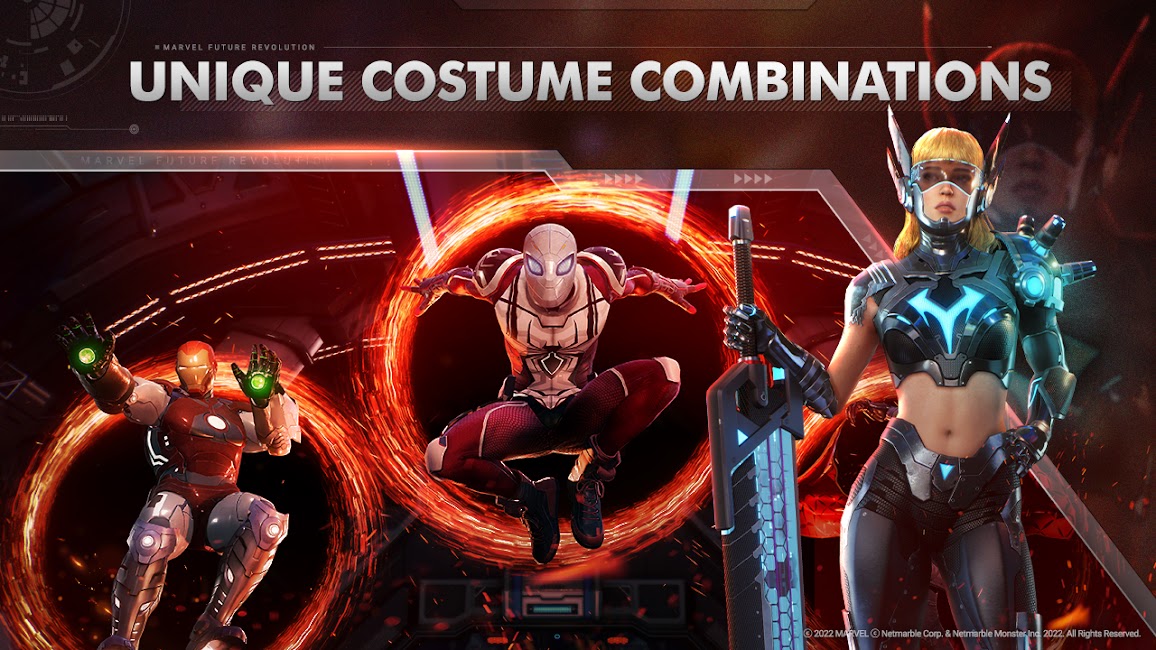 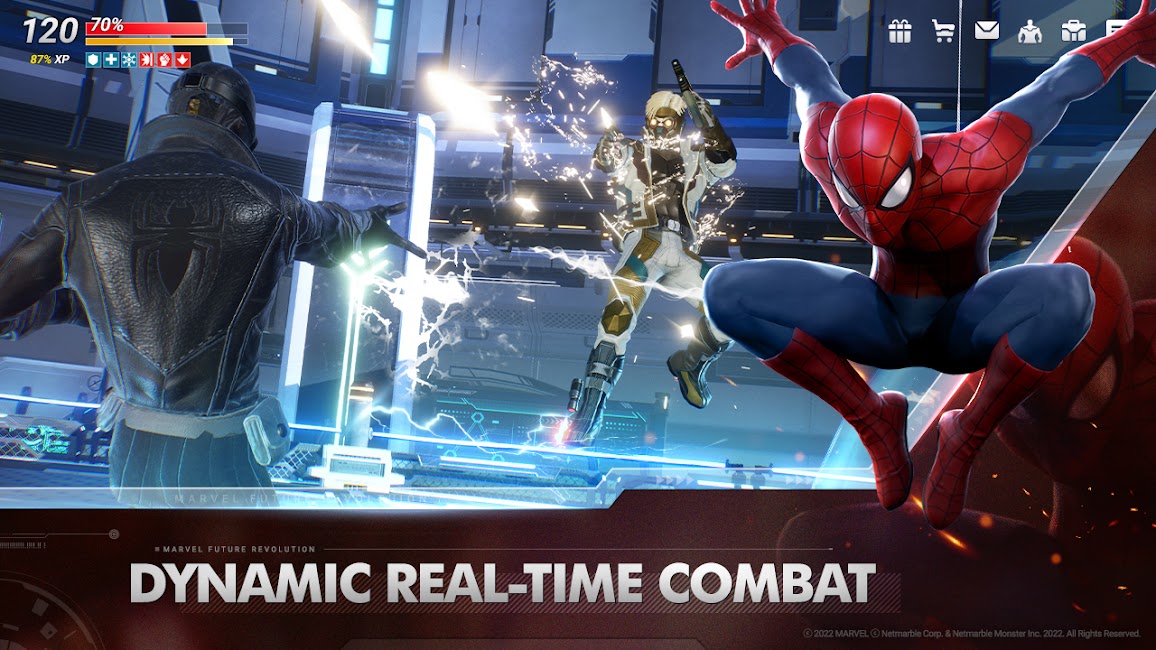 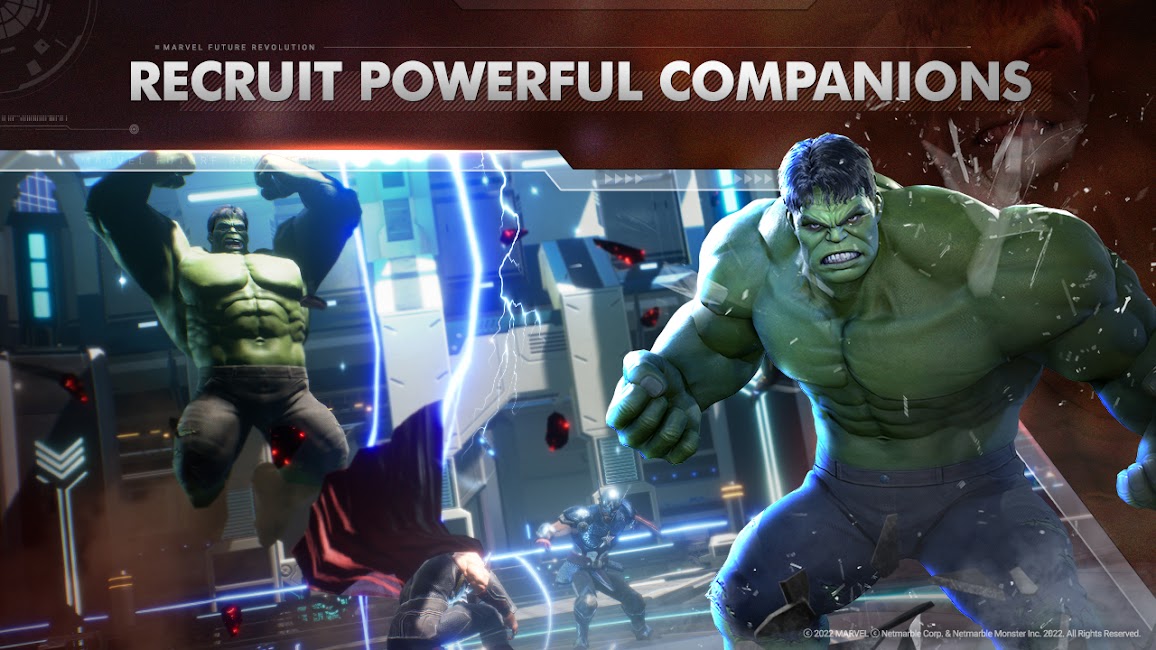 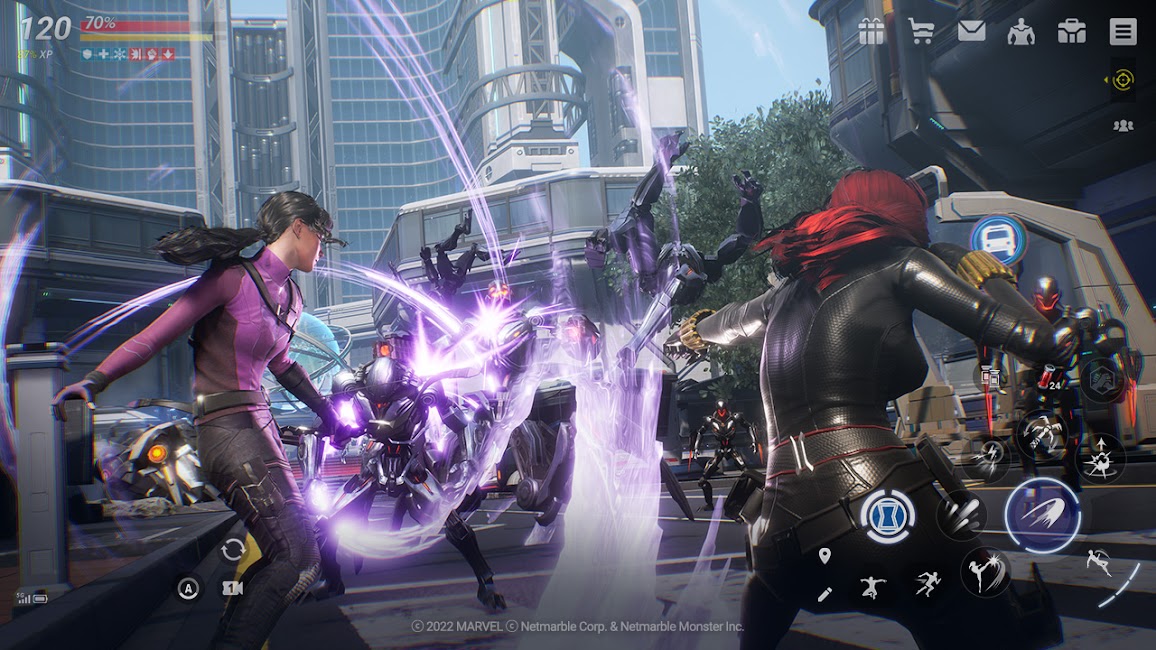