Mergest Kingdom: Merge game – a merger of a fun and fantasy game from the Singaporean studio Clever Apps Pte. Ltd. Is published for free with the possibility of in-app purchases. The creator and publisher of this game is Clever Apps Pte Studio. Ltd. He has published many games in this field so far. Mergest Kingdom: Merge game is a management and strategic style of simulation games in which, as the name implies, you have to integrate the game. Usroid website, as always, this time for the first time among all Iranian sites has introduced and offered another game on the web and has prepared the latest version of it exclusively along with a modded version. In recent years, Merge style games have become very popular and have become a big trend. Until a few years ago, there might not have been any trace of this style of game among the existing games, but when different game companies began to make and publish various titles in this genre, this type of game as a Separate styles were identified. Mergest Kingdom: Merge game is one of these games that we want to introduce more to you. So be with Usroid in introducing this game.

Mergest Kingdom: Merge game is a fantasy game full of magic that is narrated in an ancient world. You are in the role of someone who is going to develop a kingdom and flourish this kingdom by overcoming challenges and solving problems! In this way, many challenges, threats and difficulties will stand in your way, but you must overcome them with tact and perseverance. Your main task throughout Mergest Kingdom: Merge game is to combine the same items. These items can be anything. For example, in one part of your kingdom you have to farm and plant and harvest crops. By combining at least all three similar items together you will create a new product that is much more valuable. This process can be continued to several levels. The next part of the game is its auto-combat part. During the game Mergest Kingdom: Merge game, you can also upgrade your forces through the same system so that you can protect the kingdom against threats with their help. Interesting dialogues, events and adventures in the Kingdom of Integration game are waiting for you. The game with its fantasy graphics and colorful designs can be attractive for any age, but the gameplay process requires focus and management. So if you are a fan of strategy and management games, Mergest Kingdom: Merge game can be an exciting and suitable choice for you. To download the latest version of the game, refer to the Usroid download box. 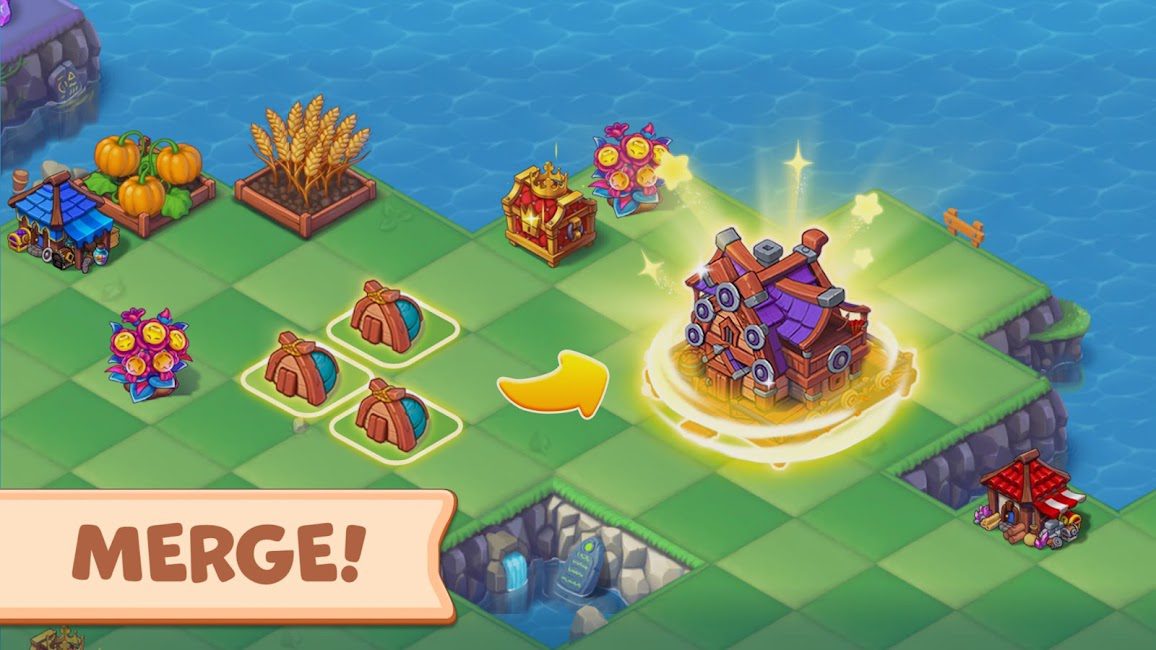 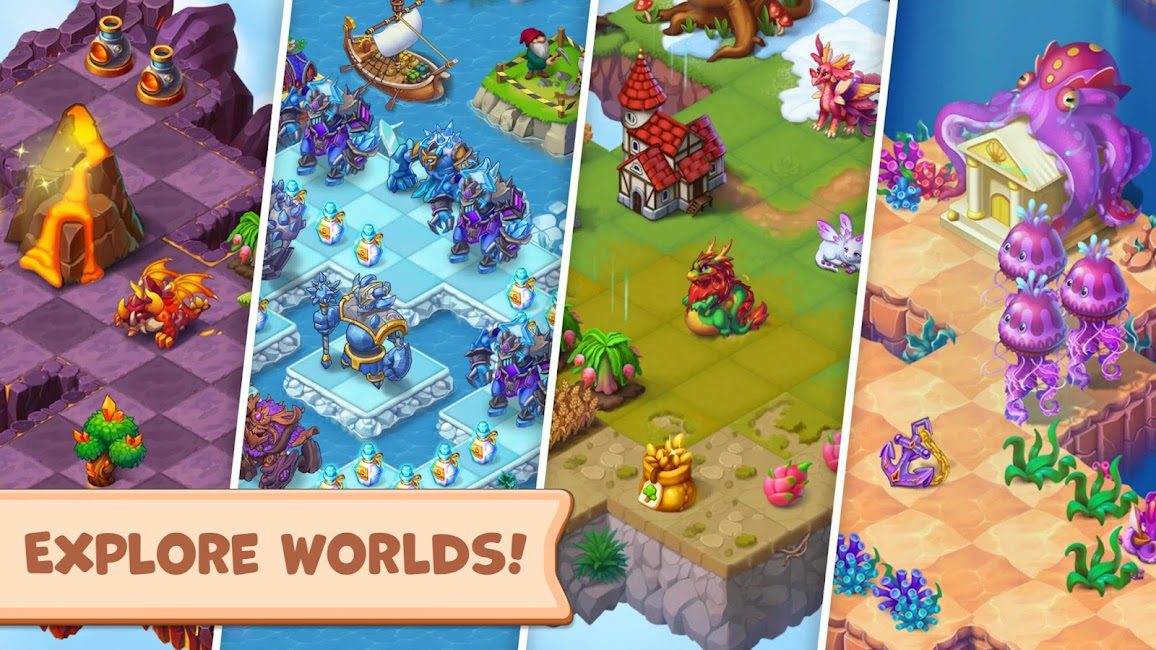 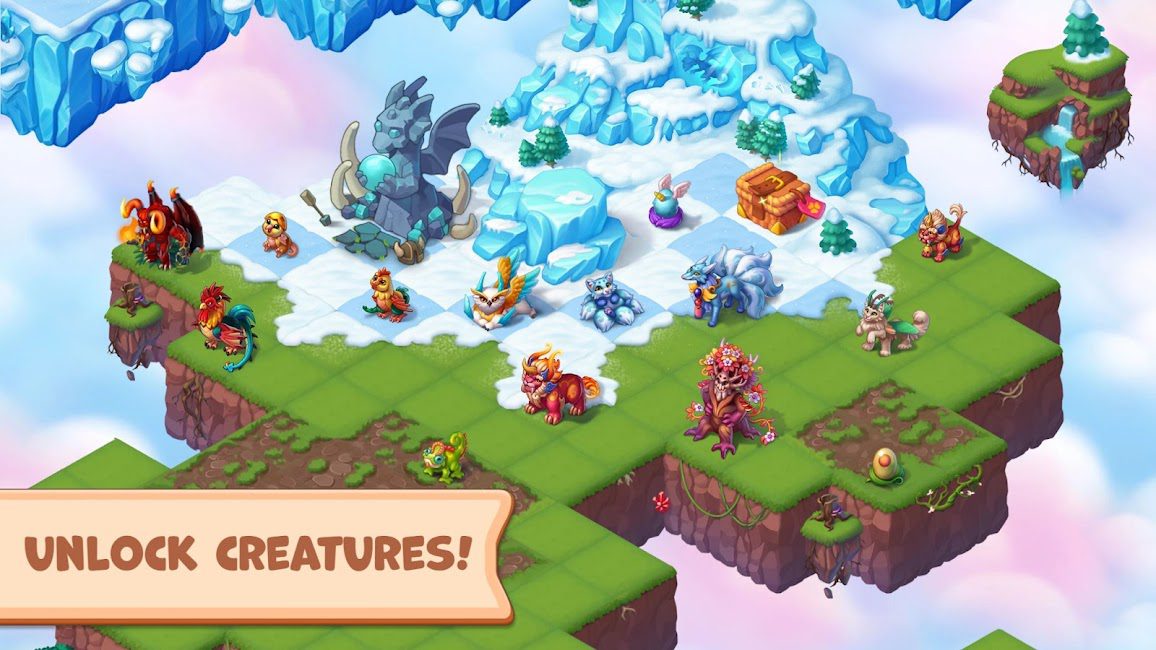 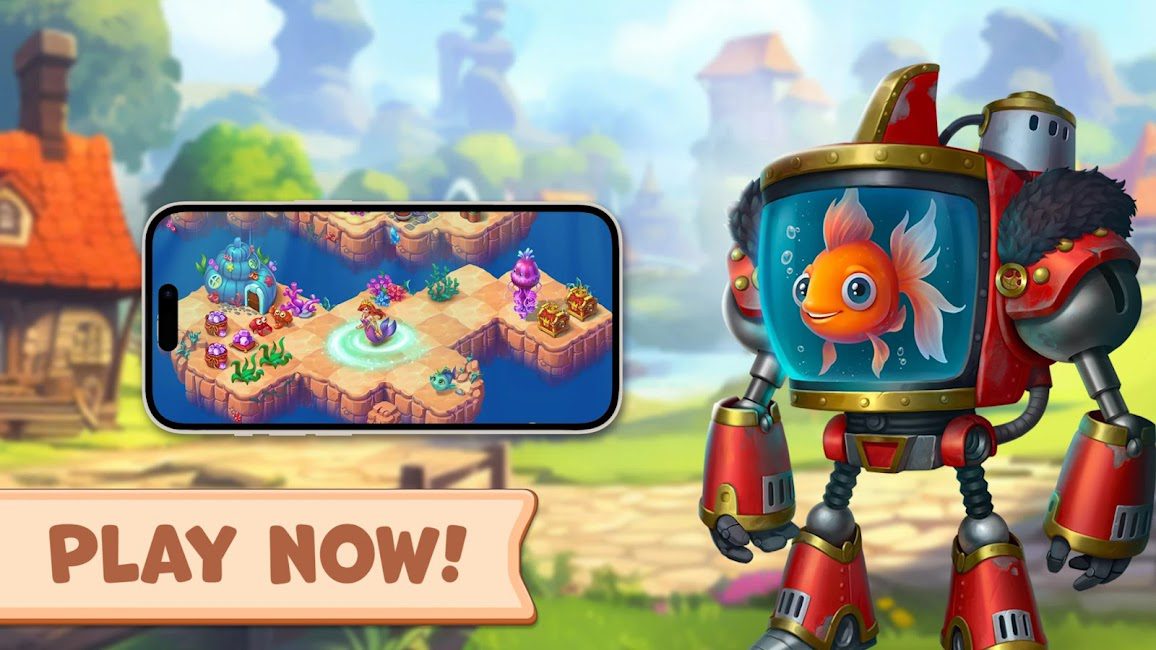 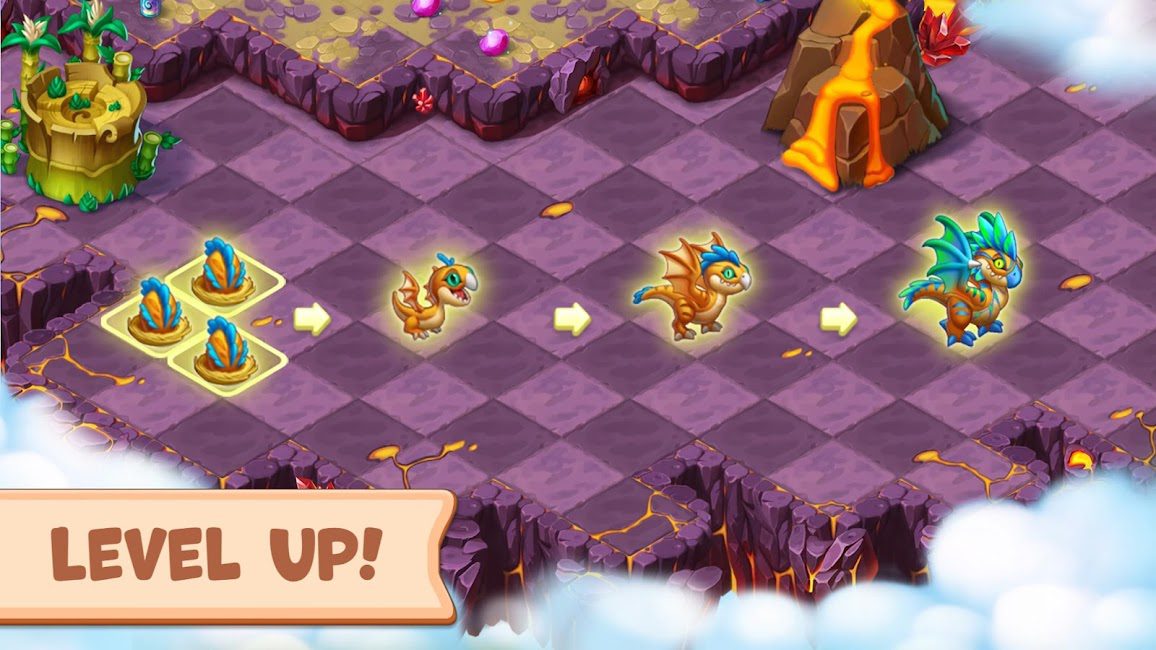 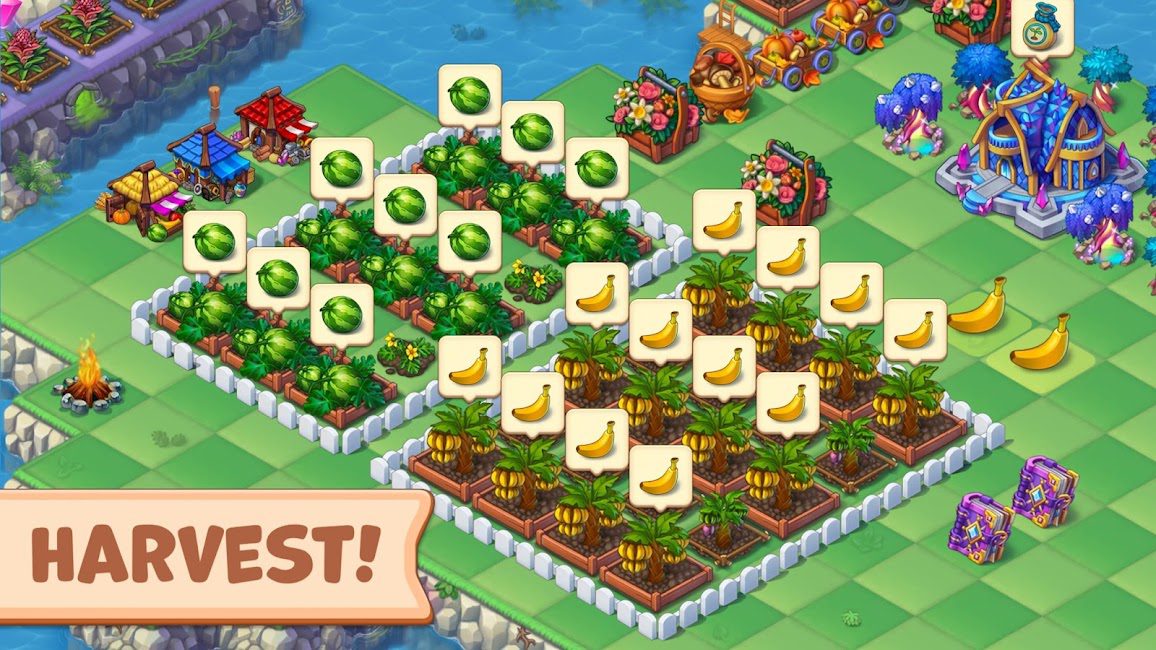 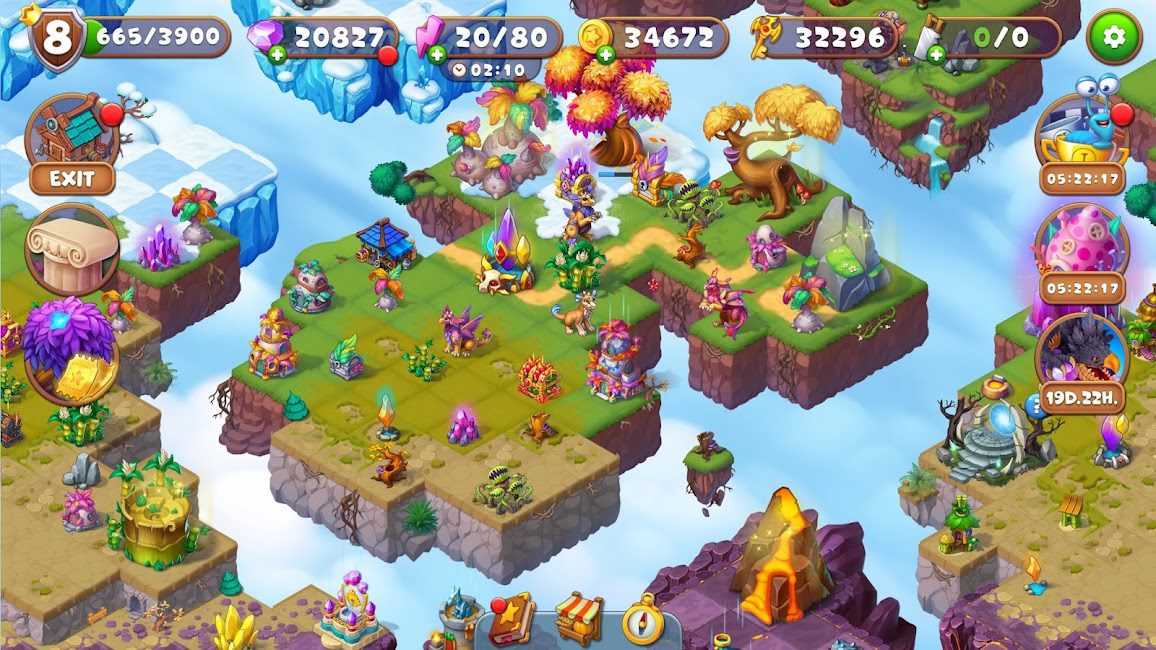 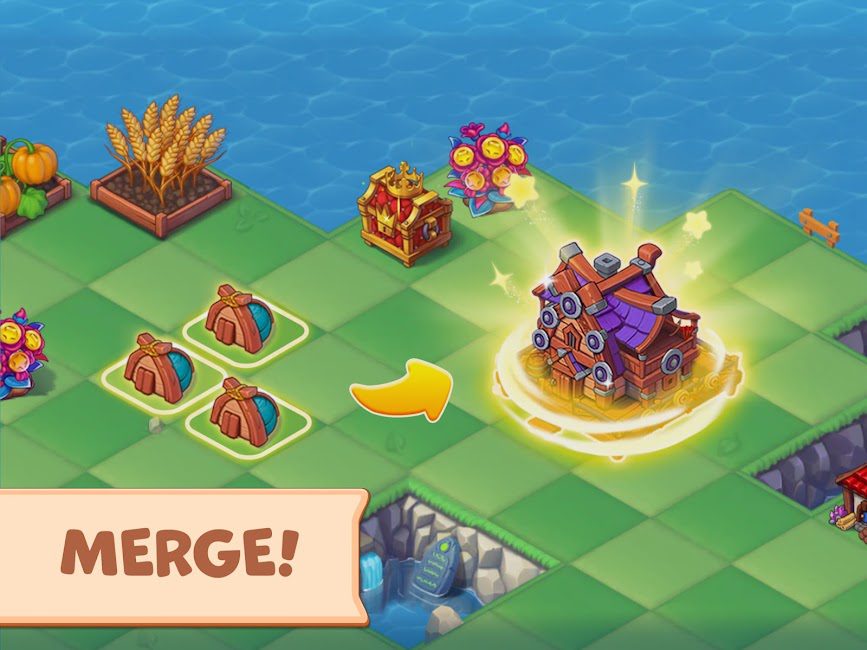