Metal Sky – Metal Sky is a very beautiful title of an action game and simple but at the same time extremely fun and competitive that is offered for free but with the ability to pay in-app as well as in-app ads. This game has been offered by the Cypriot studio and very well-known Azur Interactive Games Limited for Android devices, and Usroid will introduce this game at the same time as releasing the new and final version, after the necessary checks to download it for free. Slowly We invite you to download an exciting and action-packed game from Usroid. Especially if you are a fan of aviation and war games, Metal Sky will undoubtedly be an attractive and entertaining choice for you. Azur Interactive Games Limited Studio already has a lot of competitive and well-made games like GTR Speed ​​Rivals ,PIXEL’S UNKNOWN BATTLE GROUND , Deadrite Hunt  , Destiny Warfare: Sci-Fi FPS and the popular game Robot Warfare: Mech battle were produced and released, all of which can be downloaded on Usroid. This time we want to introduce another exemplary and lovable game from this studio to you dear ones. So join Usroid in introducing the beautiful and attractive game of metal sky.

Game Metal SkyIt is a fully action title with arcade elements modeled on classic games. The game is designed in 2.5-dimensional mode and the overall trend is so attractive and well-crafted that it engages every taste. In Metal Sky, you have to take part in very exciting and breathtaking competitions. Competitions that take place in different modes, and in all of them, the main priority of the fight in the sky is between war planes. The most popular type of game in Metal Sky is Team Deathmatch, in which you, along with two other teammates, go to fight three other opponents. Although the style of this game is not very new and very special, but the interesting approach of the creators in the game Metal Sky is very admirable. Starting each stage of the game, you should try to destroy the enemies as much as possible. Each player has 3 different planes that have different classifications. In fact, all players in team combat have access to the same three types of aircraft, which of course can be upgraded. One of them is a large bomber, the other is a heavy fighter capable of launching missiles at enemies, and finally the third aircraft is a small and fast fighter that is not capable of launching missiles or bombers but is able to move enemies quickly. Challenge. The common part of all three types of aircraft is the machine guns that are on them. You have to control the plane with the help of the virtual controller on the left and shoot at the enemies with the help of the shooting buttons. During each team game, you return to the game (Respawn) 3 times after the destruction of the aircraft and enter the battle with the next aircraft. The main purpose of the bombers is to drop bombs on enemy bases and destroy them, but the goal of the next two planes is to destroy the enemy planes. The thrill of Metal Sky is fascinating, and while the overall gameplay is very simple and does not use any special graphics, it really has to be said that Metal Sky is a challenging and competitive title. If you want to experience this beautiful game, do not delay and get the latest version of it right nowDownload Usroid . 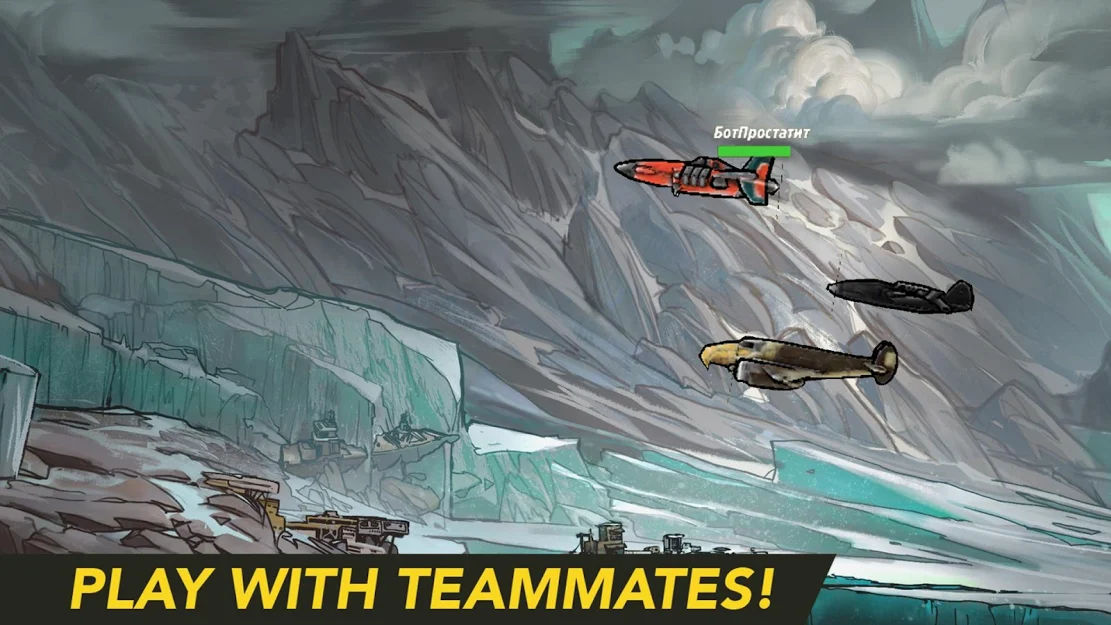 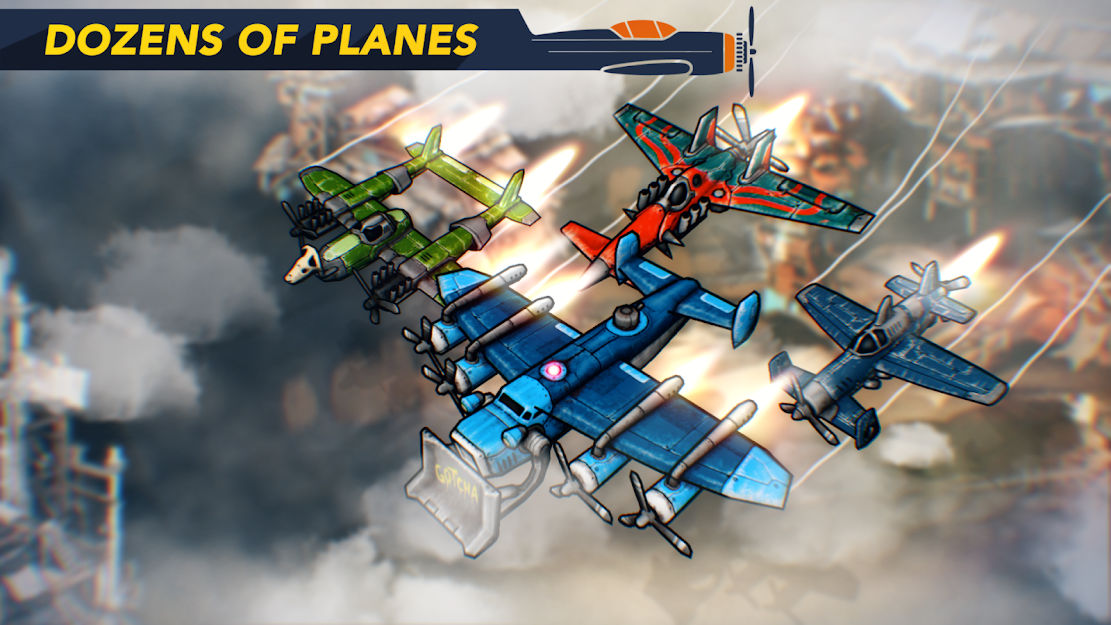 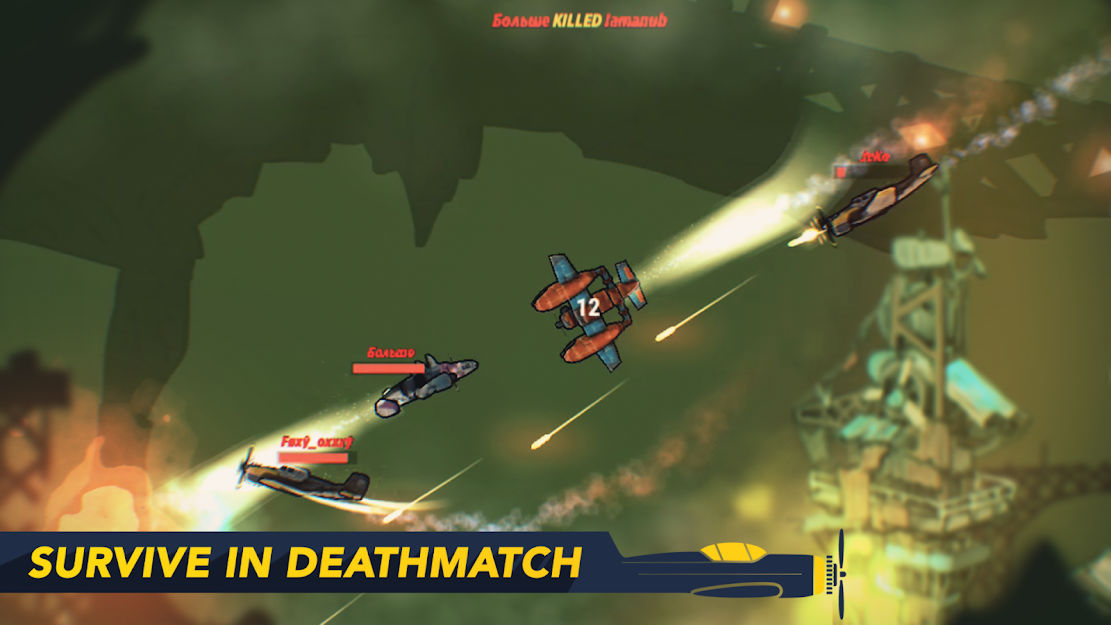 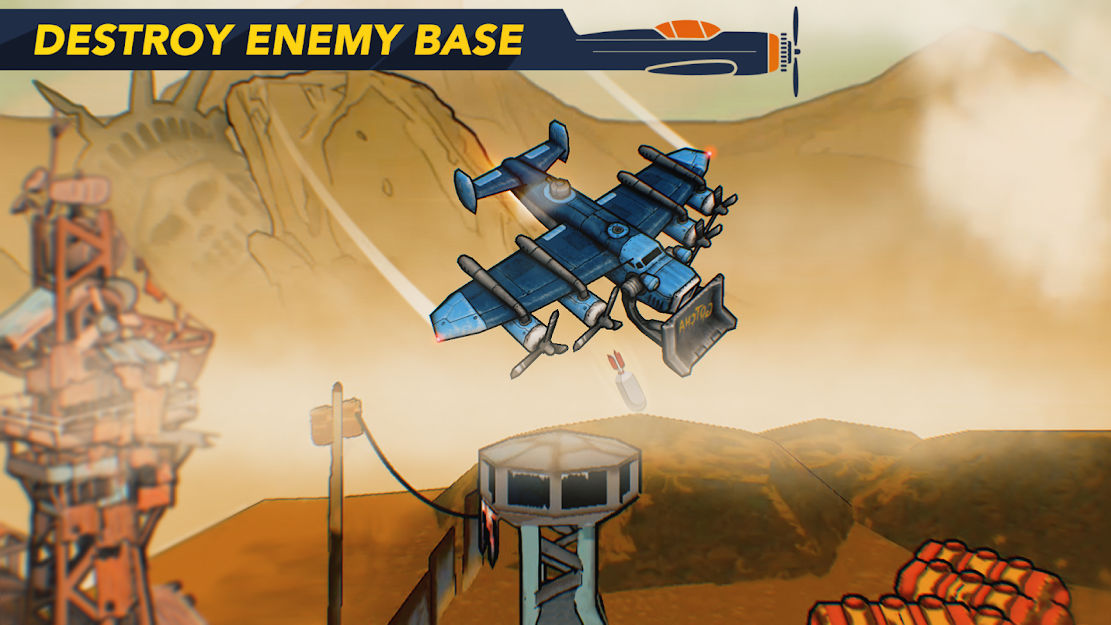