Metal Soldiers 3 is the third game in the popular and entertaining game series Metal Soldiers, which was created and developed following the popularity of the previous two episodes, Metal Soldiers 1 and Metal Soldiers 2. This game, like the previous games in this series, is made by Play365 studio and has been released in action style on Google Play. Usroid, this time as the first Android website in Iran, has introduced and reviewed another game from this series and has prepared the latest version for free and tested in the form of two regular and modded versions for you dear ones. Join Usroid in introducing and comprehensively reviewing this game. Metal Soldiers 3 is made with the design language of the previous two parts and its general structure is exactly the same as the first two parts, and its main style is 2D Arcade Shooter, which is offered with action and platformer elements. This game and other games in the Metal Soldiers series are games that are modeled on the popular and old Metal Slug titles, and on the other hand, by taking ideas from older classic games, they are considered an attractive collection in this genre.

In Metal Soldiers 3, you once again take on the role of protagonists, fighting enemies who have worked to destroy you and your lands and have attacked you and your bases with a huge army. You can choose the hero you want from different characters and follow the story with that character. Metal Soldiers 3 is completely platformer and two-dimensional in nature. Your main task is to move the game character with the help of buttons and virtual pad control, jump over obstacles, shoot at enemies and… Your enemies are forces equipped with the latest military technology and will fight you not only with infantry but also with other combat equipment such as tanks, helicopters and even robots. In Iron Soldiers 3, more than 100 different stages have been designed, which increase their difficulty exponentially. You are able to choose from 9 different characters of your favorite hero. Of course, it must be said that in practice these characters are not very different from each other. You can also use a wide range of weapons and combat equipment against enemies. Timely reactions and correct use of equipment are your main requirements to win this game. Metal Soldiers 3 game has simple but attractive cartoon graphics that with its tense and full of gameplay can be even more exciting than the graphics and heavy games. If you are a fan of this style of games and you are a fan of 2D Action Platformer and 2D Arcade Shooter games, this game can undoubtedly entertain you a lot. So do not procrastinate and download this game for free through the direct links of Usroid site and start your action and exciting adventure in Iron Soldiers 3 game! 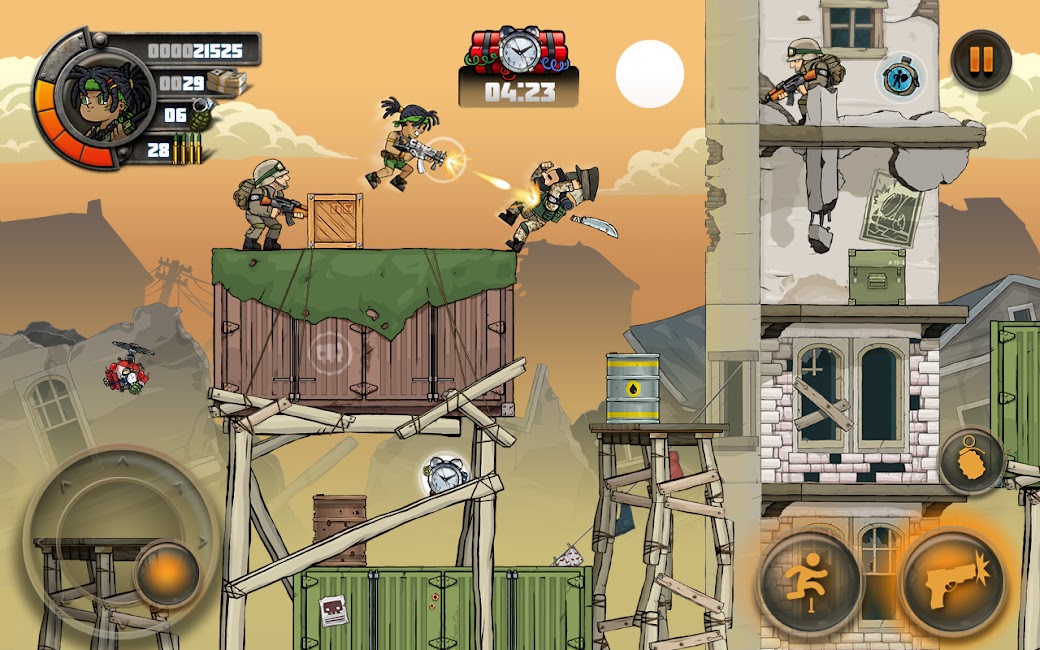 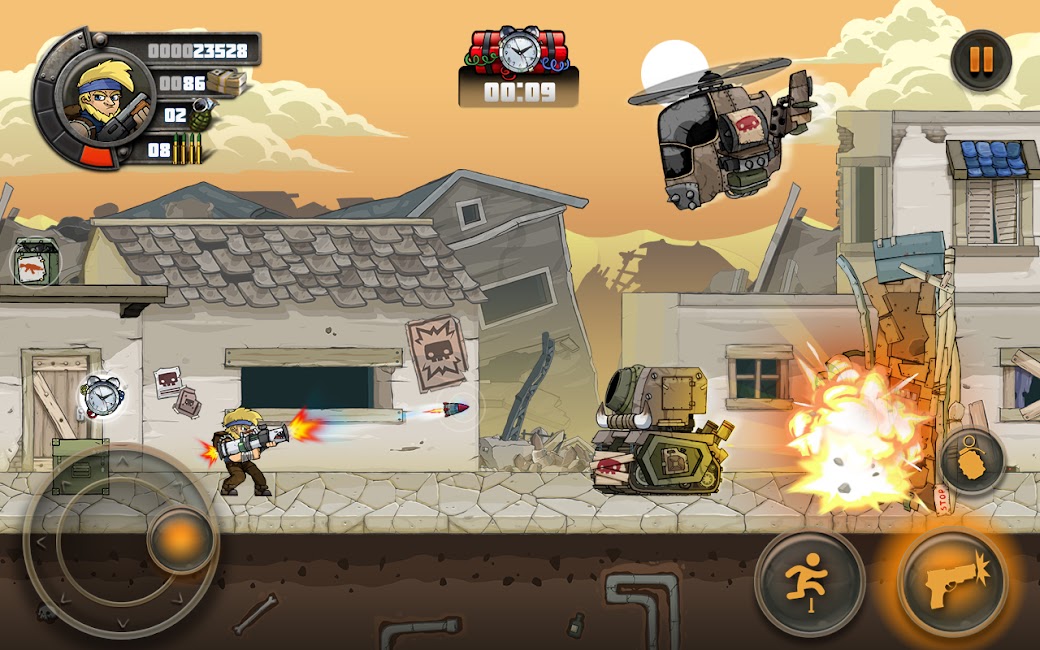 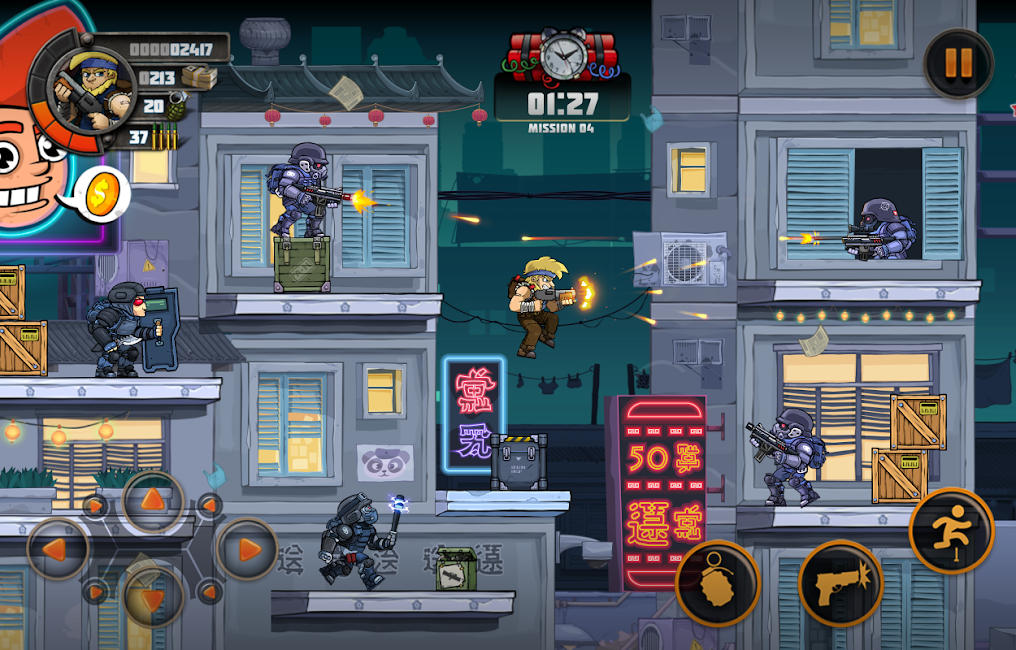 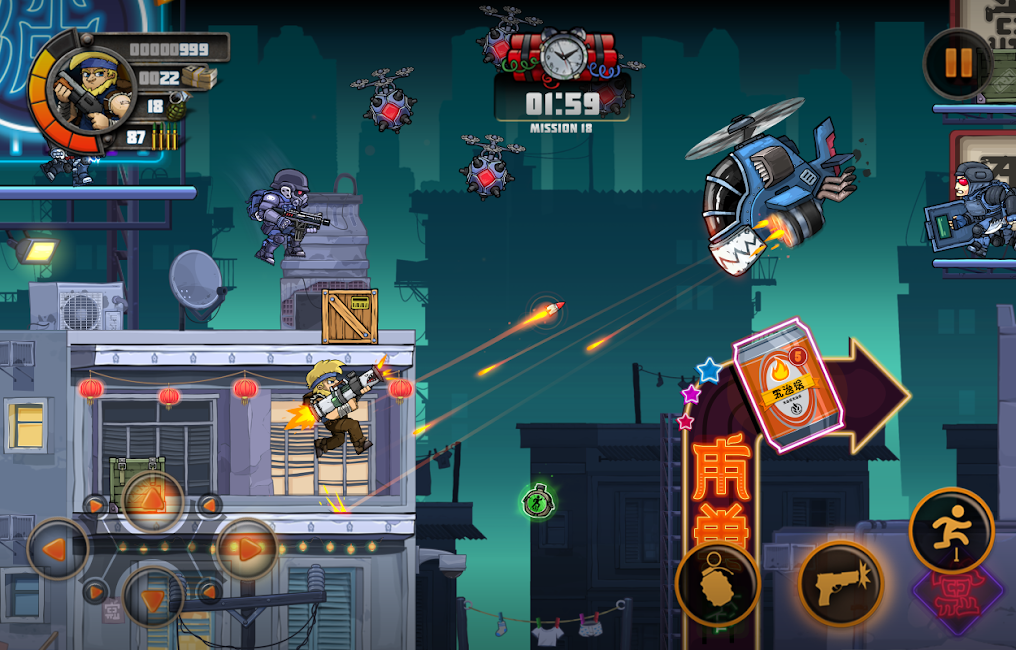 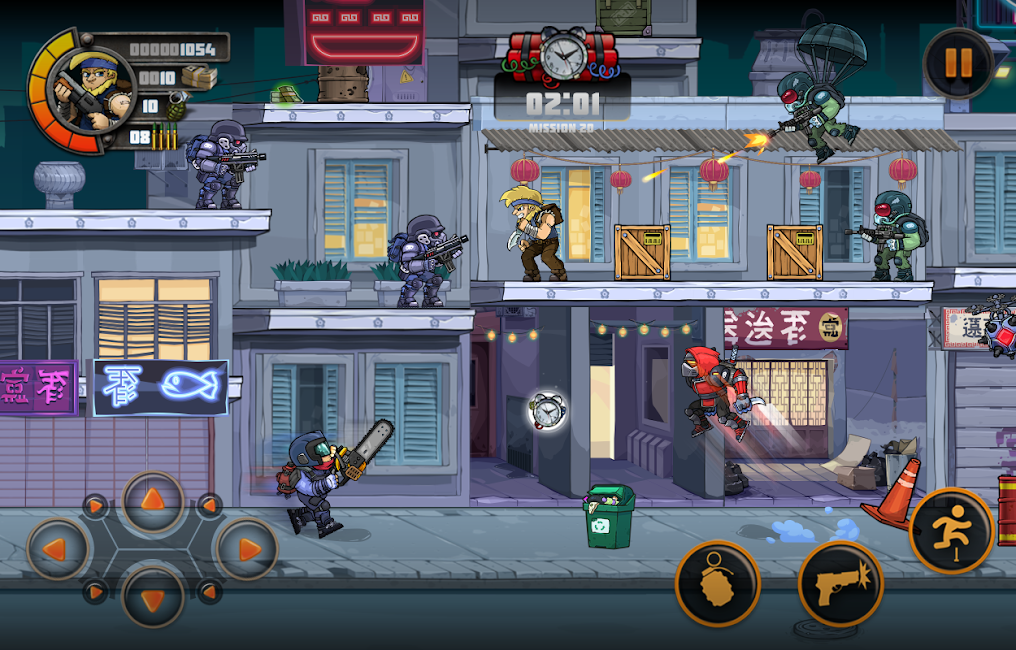 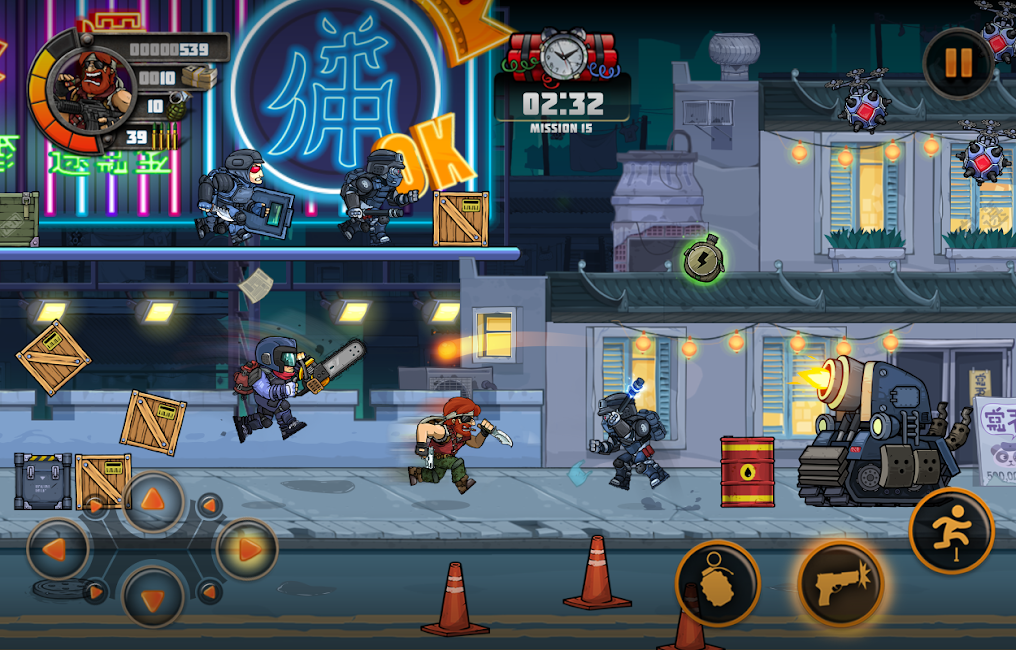 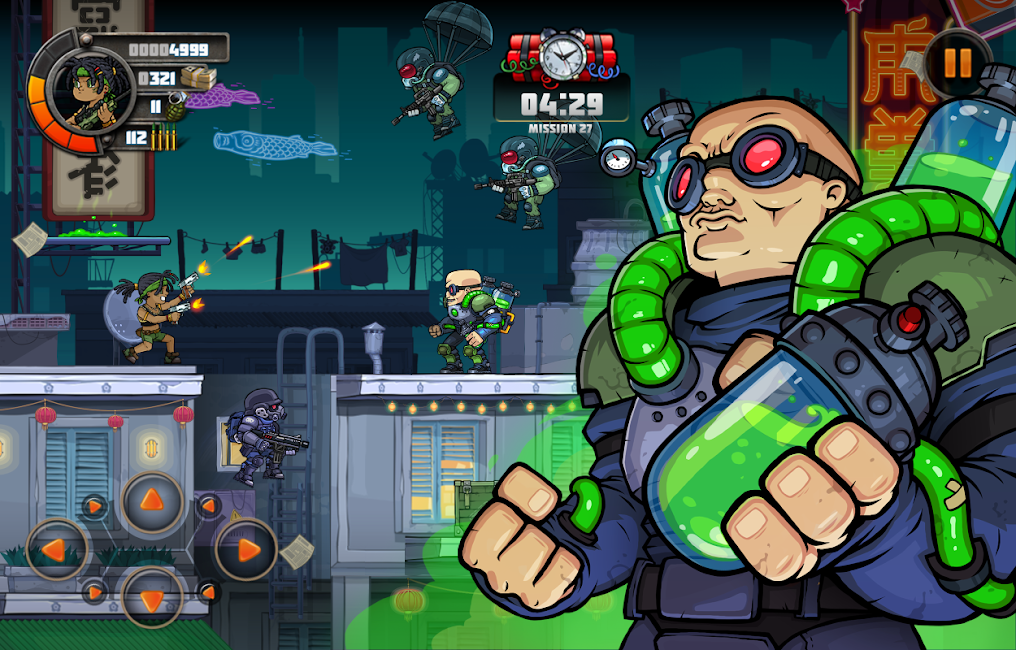