MetroLand – Endless Arcade Runner is another title from the famous Kiloo studio, which is made and released in arcade style. Kiloo Studios became world famous for making the revolutionary and hugely popular Subway Surfers game and became one of the first companies to develop Android games. More than 8 years have passed since the release of the first version of Subway Surfers game, and since then, dozens of other companies and studios have modeled on this game and designed and developed similar games, of which the Bus Rush game series is probably the most famous. Are very similar to Subway Surfers. But finally, after years of silence, Kiloo game studio made a game similar to Subway Surfers with similar features, graphics and gameplay to once again attract the attention of millions of mobile players around the world, and this time with a new game, to continue the revolution he had created. Usroid proudly announces that as soon as this game is published on the web and after its reviews, as soon as possible and for the first time in Iran, it will publish the final and complete version of this game along with a mod version and you dear ones and Invites arcade and record-breaking game enthusiasts to download the beautiful and exciting game MetroLand – Endless Arcade Runner.

MetroLand – Endless Arcade Runner may be called a new generation of Subway Surfers or a relatively different and perhaps more evolved version of the game. In this game, just like Subway Surfers, you are in the role of a teenager who is on the run. While in Subway Surfers you were escaping from a train attendant, in Metrolland you are a bigger criminal this time and you are escaping from the special forces. The whole game is in the style of Arcade Runner, the content of the gameplay is reduced to escaping from the hands of special forces and evading dangerous and obstacle routes. You must collect points (coins) and special items along the way and while escaping. With the earned coins you will be able to buy additional items, more characters and personalized options. You can also add special features to the character by earning special items along the way. This time you can escape from the streets and from cars, buses and… from the roofs of the houses and experience much more excitement… The main style of play is based on record-breaking, which means that the game will probably have no end, and the game will continue until you run into a problem due to a mistake and hit something else. The challenges of the game seem a bit more than normal compared to a simple cartoon game, and if you can set a good record, the difficult conditions of the game will make things much more difficult for you. To download and experience the unique and very beautiful game MetroLand – Endless Arcade Runner, you can refer to the Usroid box download section and easily download the latest regular or modded version of the game from the direct links of the site. 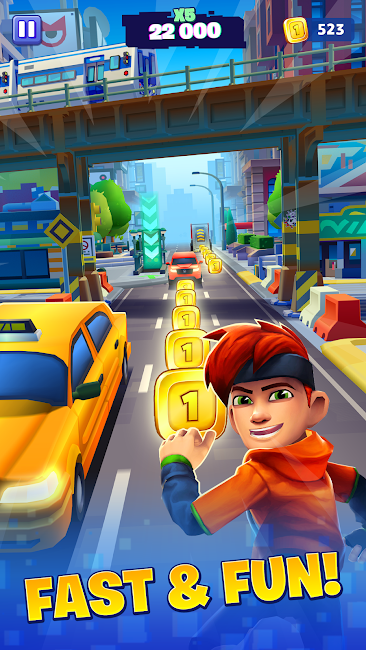 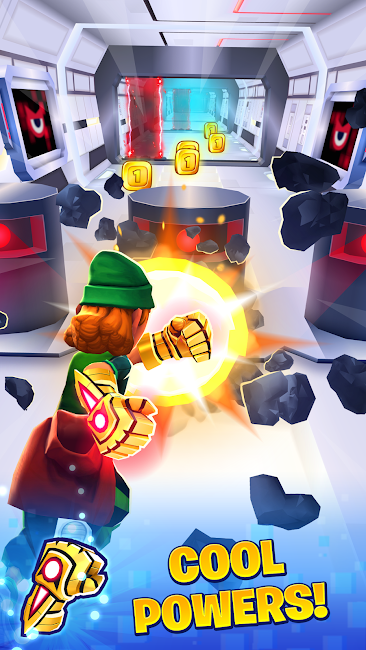 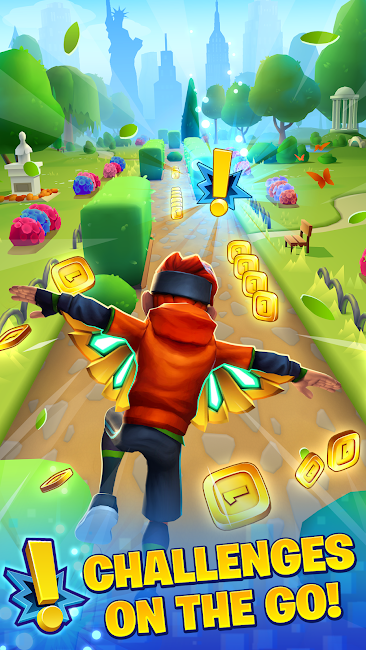 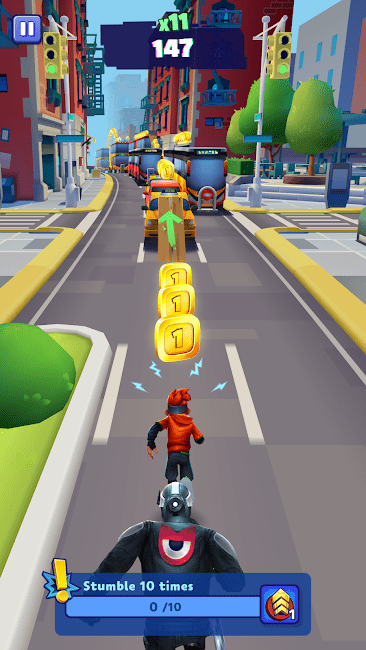 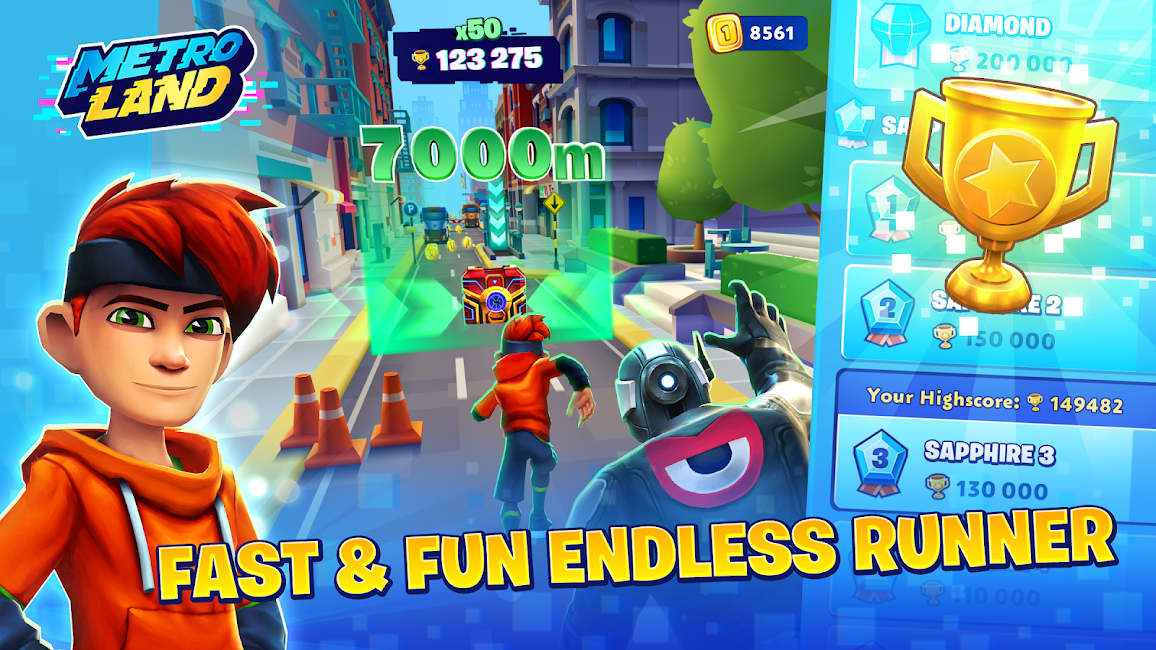 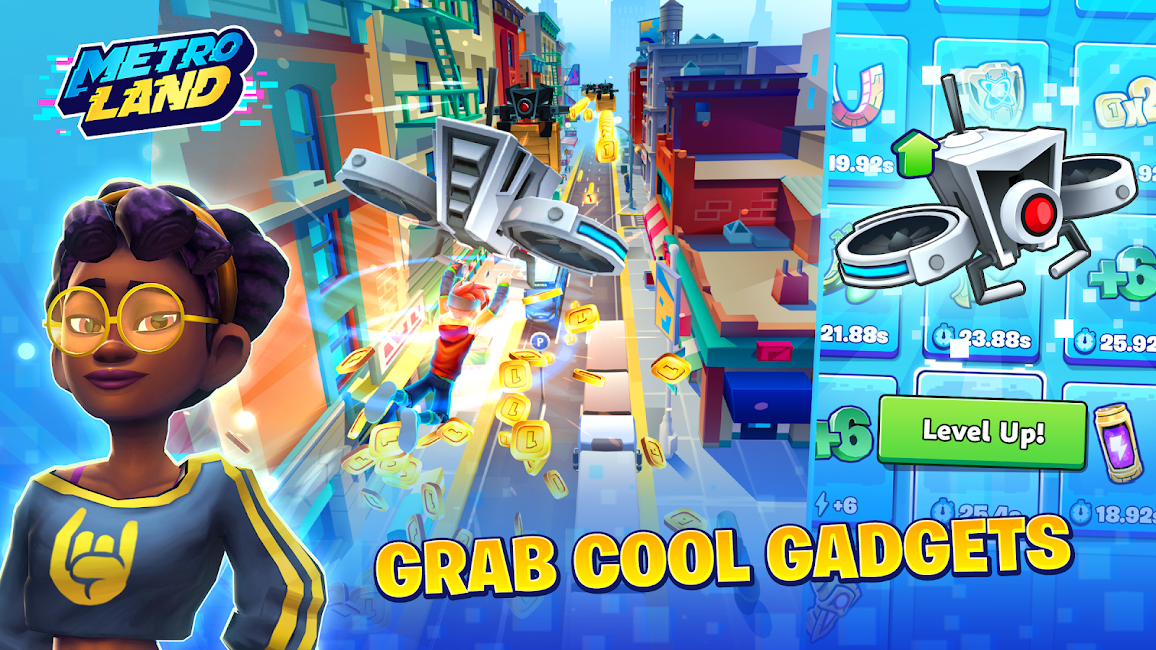 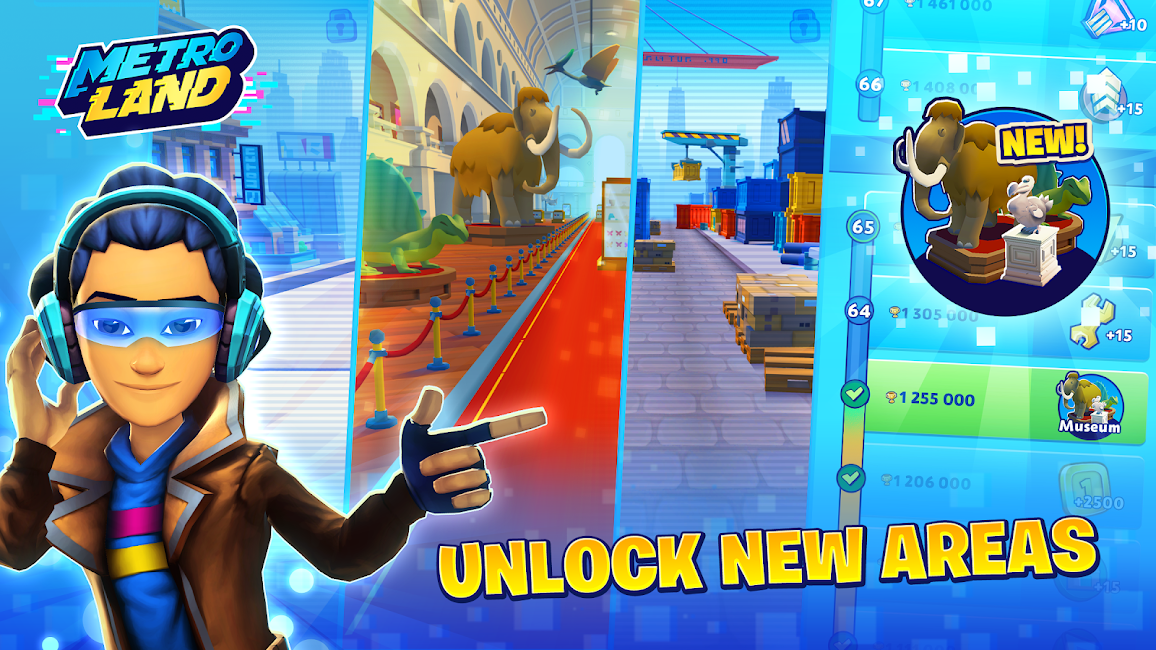