Mobile Hidden Camera is an interesting and practical software in the field of secret and spy photography and video recording for the Android operating system , with which you users will be able to easily and professionally, in front of people’s eyes to take photos and Shoot without anyone noticing your spy camera! When shooting or filming with this software, no image will appear on the screen and there will be no sound or flash, so be comfortable in understanding people or realizing them!

When you install the program on your device, there is no news of Mobile Hidden Camera software at all, because this software is installed with a fake icon and name called simple notepad, so that users and people will not notice your spying in any way! In addition, all the photos and videos that you will take with this program will be hidden in the gallery so that you can access them yourself!

Some features and capabilities of Android Mobile Hidden Camera:

* Ability to take photos of the environment or film (Shooting & Recording)

* Video and photography without preview, without flash and without camera shutter sound

* Ability to shoot continuously and automatically with adjustable frequencies

* Hide photos and videos taken to prevent people from accessing them

* And dozens of other possibilities and features…

Application Mobile Hidden Camera now in the Android Market has a rating of 4.3 out of 5.0 , which we have today in Usroid latest version of it for you and we can get it with one click.

Note: You will not be allowed to use this program illegally and violate ethical principles?

Premium version with all features (Premium) 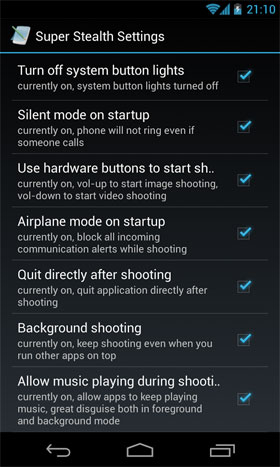 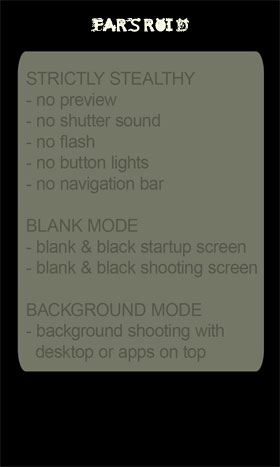 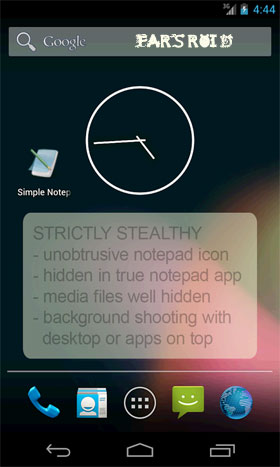