Motorcycle Racing Champion – The name of another hundreds of games offered by the active mobirix studio in South Korea. This game, like all games of this developer, has been developed for free and is available to Android users around the world. This time, at the same time with the release of another new game from mobirix studio, we prepared and reviewed it, and now the latest version of it as the first Iranian website.At your service, friends, we introduce and publish. It is also worth mentioning that Usroid has provided a separate modded version of this game to you dear ones. Mobirix game development studio is one of the most active gaming companies in the world, which has produced and published more than 140 different games in various genres, and therefore is known as one of the most active mobile developers. Some of the studio’s well-made works include First Fishing , STRIKERS 1945 classic , Hero Defense King , Bricks Breaker Quest , Tap Defenders and Hit & Knock downWe had previously offered them in Usroid. It can be said that this company has touched on almost every popular style in mobile games and has published at least one game in that style. This time in this article, we have gone to another game from this developer. A game that has never been produced in a similar version by mobirix, and in this regard, it can be said that this game is another exclusive title.

The game we are discussing is called Motorcycle Racing Champion , and as it is quite clear, this game is in the style of racing and motorcycling. Although a special and new point in this game compared to other similar games such as Moto Traffic Race , Racing Fever: Moto , Motorcycle Rider , Traffic RiderAnd نمی is not seen and the generality of all these games is the same, but an interesting and relatively new approach has been taken in Motorcycle Racing Champion, which has made it different from at least many of these games. Probably one of the most important points that is designed in this game, but not in many other games of the same category, is the presence of police during the game! In Motorcycle Racing Champion, just like the games mentioned, you are behind a motorcycle from the first person view, and you have to move your motorcycle through cars moving on the road and race through it. Earn points. But since your work is illegal, the police will start chasing you as soon as they see you, and after reaching you, they will try to stop you by closing the path. This part of the game is a new and different challenge that is difficult for many. Now in Motorcycle Racing Champion such a feature has been added so that players can get rid of the monotonous style of such games. With money and points, you can get better engines and professionalize and paint your engines. Motorcycle Racing Champion now with its modded version tested fromUsroid is available for download. To get better acquainted with the style and context of the game, you can watch the trailer video and its gameplay. 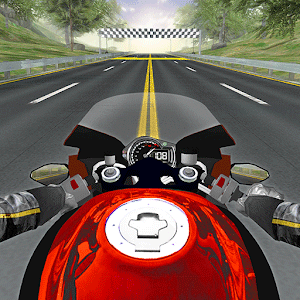 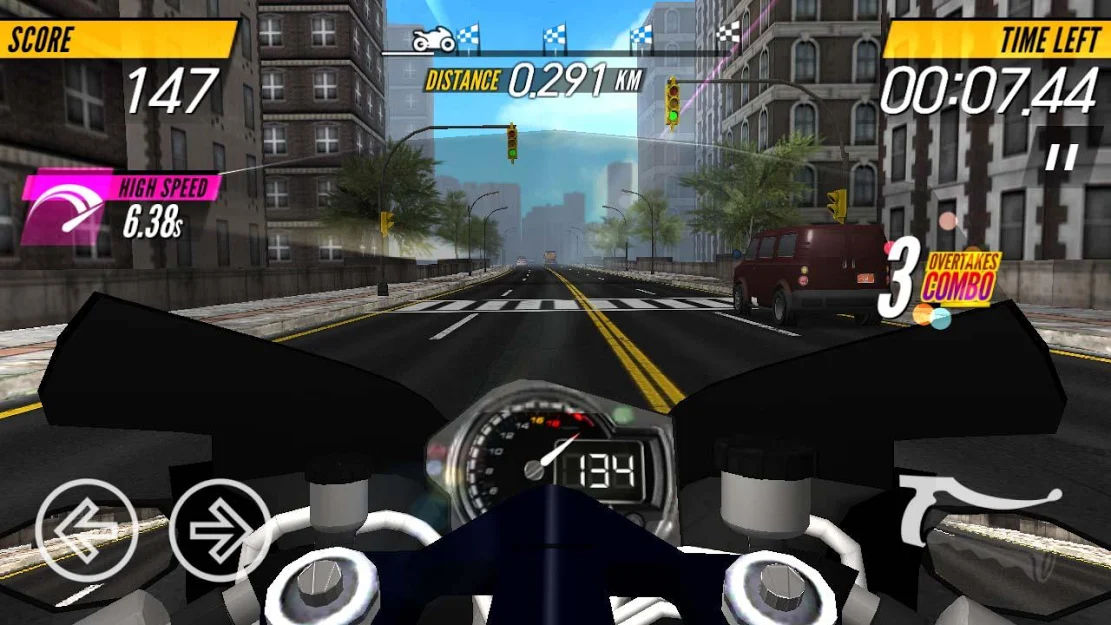 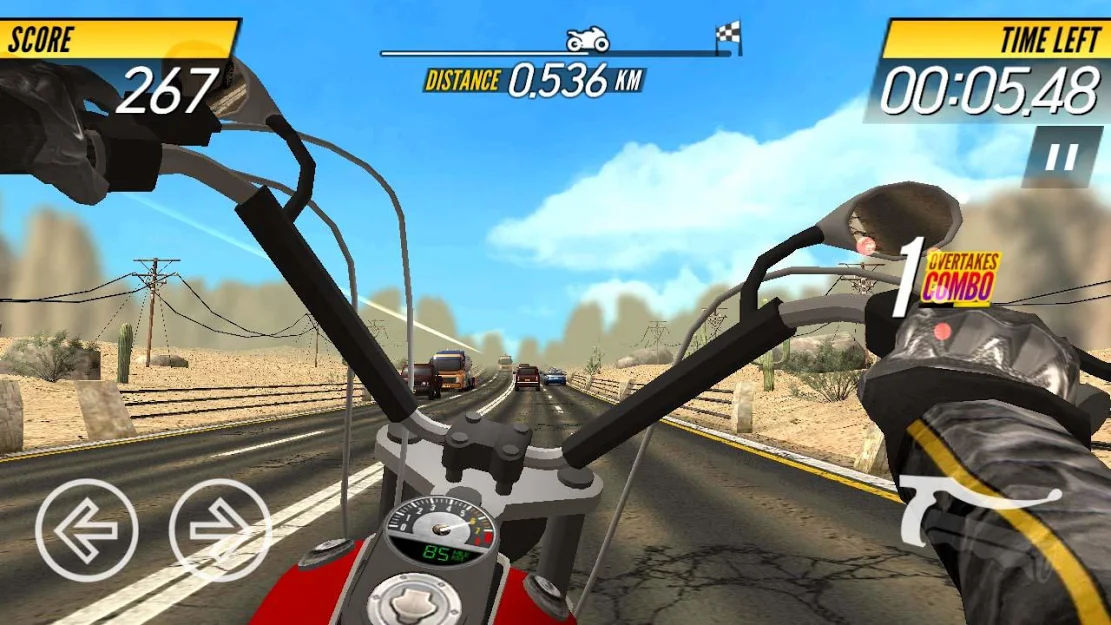 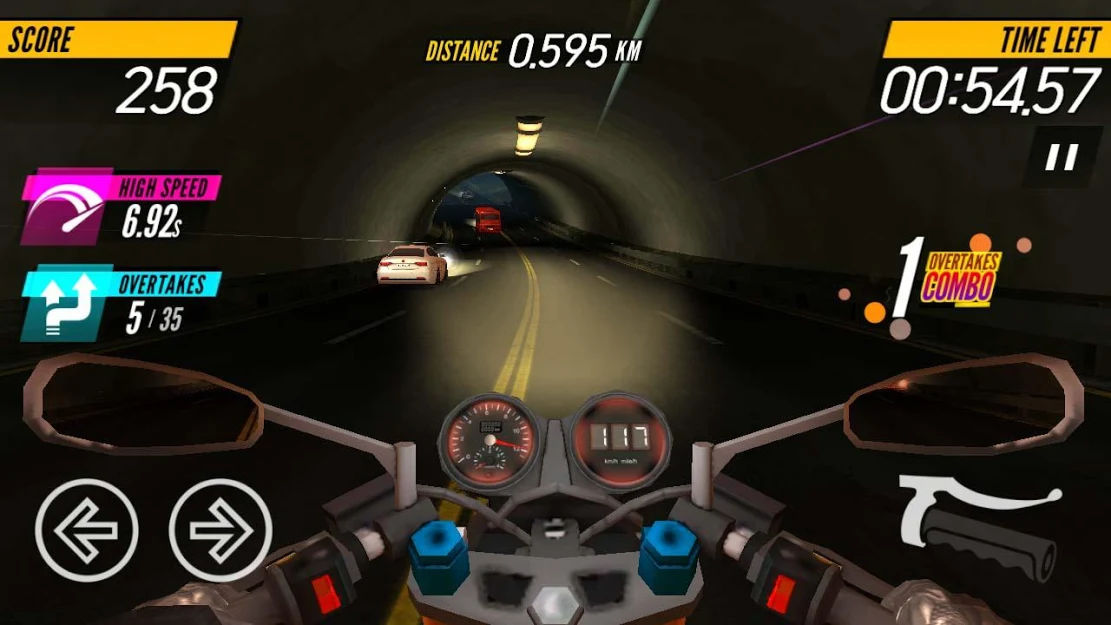 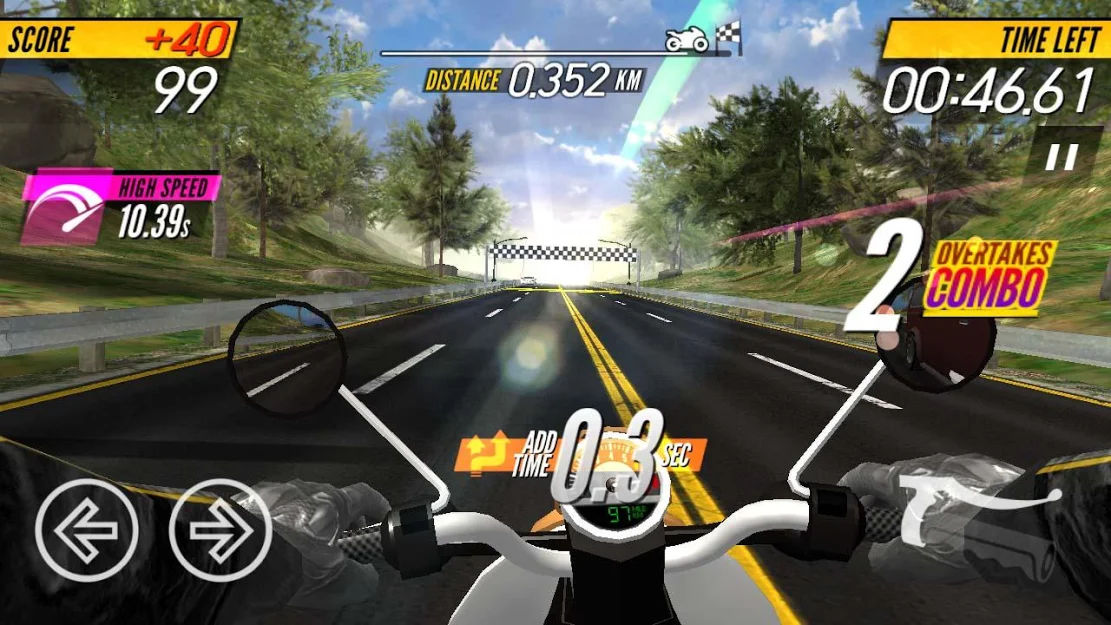 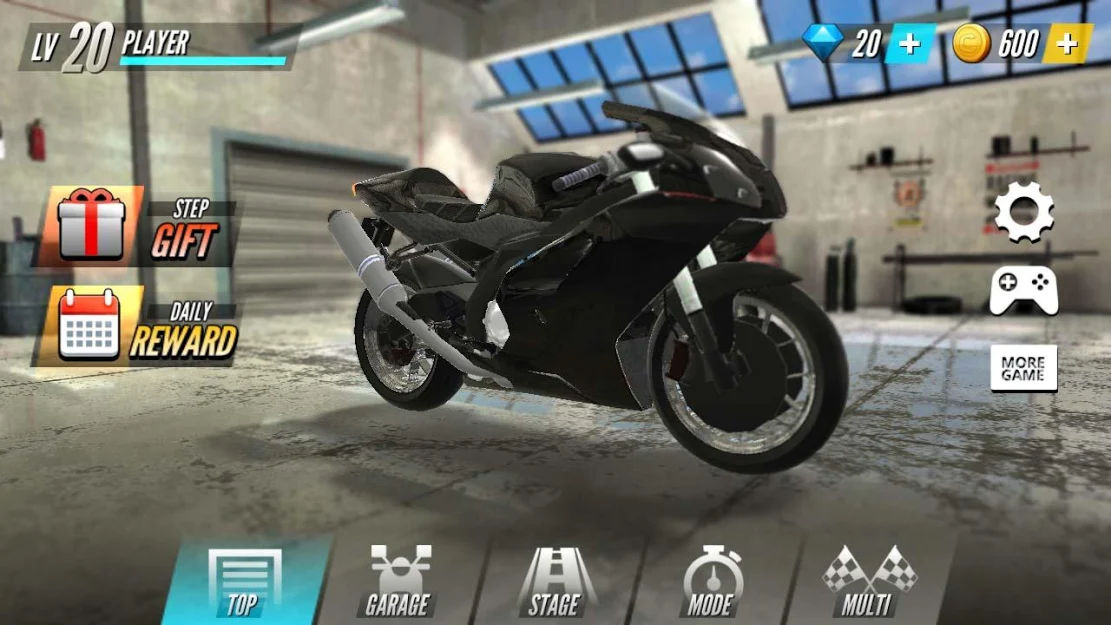 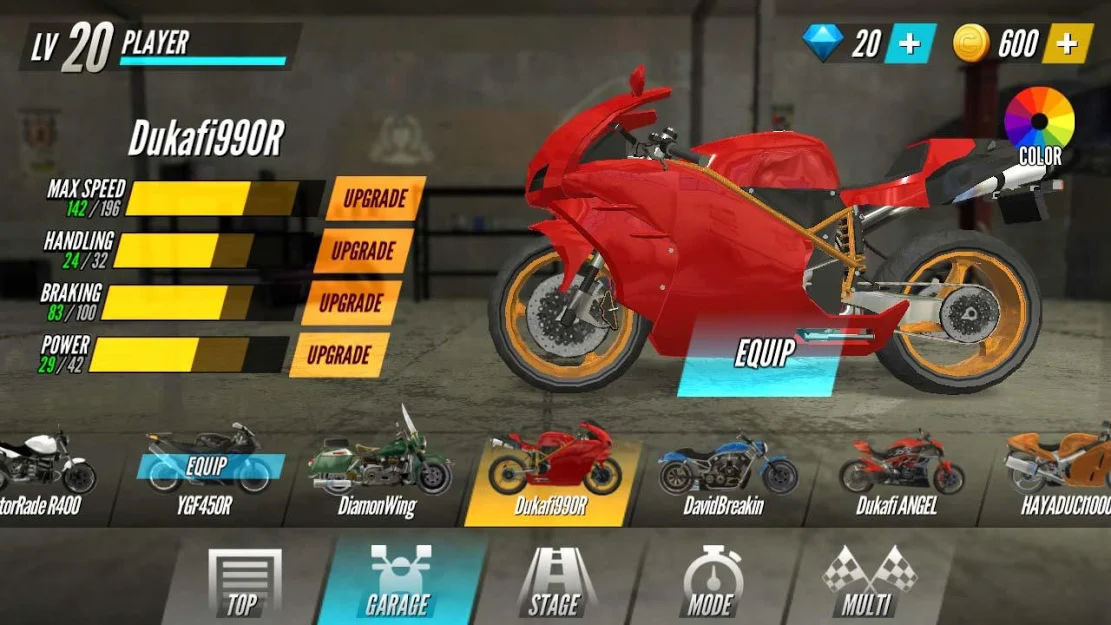 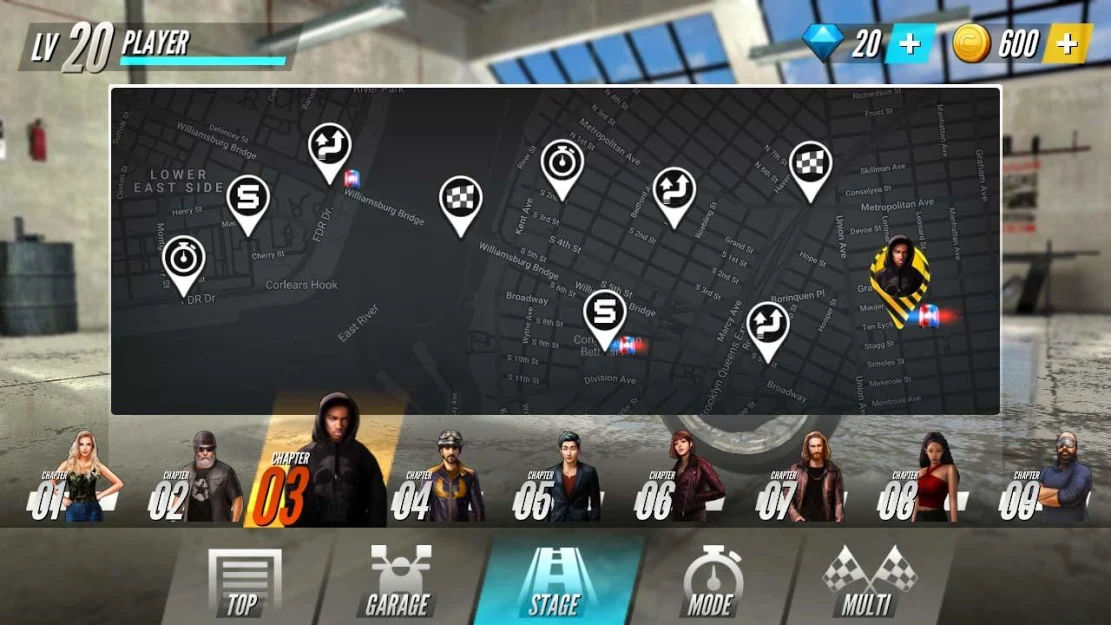 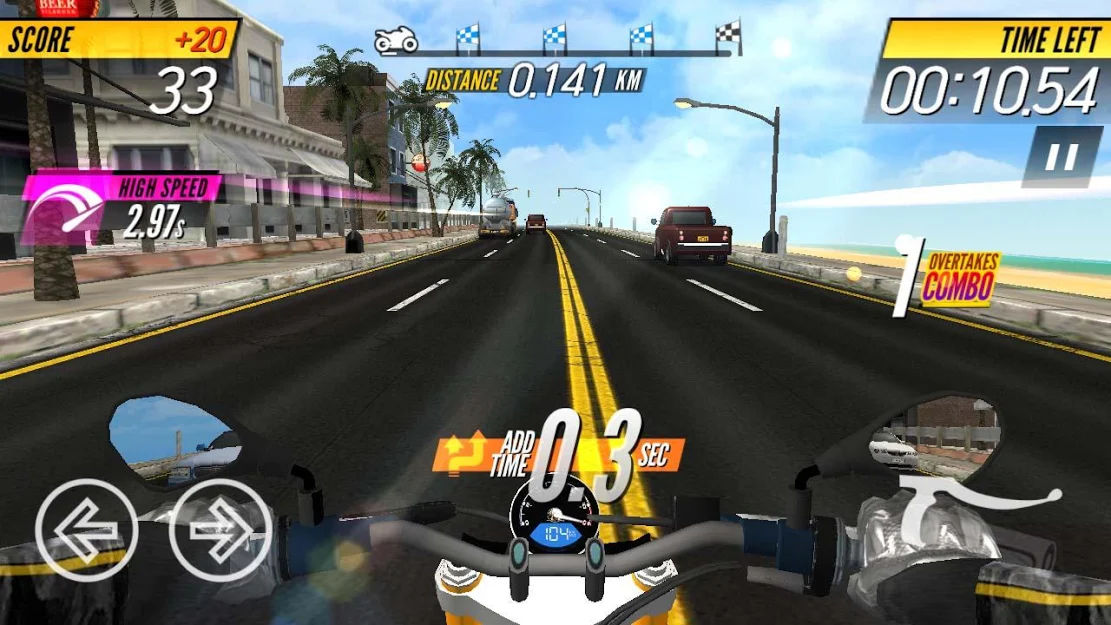