Mr Bean – Special Delivery – Mr Bean – Special DeliveryA very attractive and lovable game in the style of recreational games that has been published by Good Catch game development studio for Android devices. It has been almost 30 years since the first episode of Mr. Bean’s TV show aired, and few people are unfamiliar with the stories of the comedian and lovable character of Masterbin and his special car. This time, Mr. Bean is trying to deliver various custom packages to their owners and make money this way! Players must help him to deliver the packages to the destination safely, although his constant companion, Teddy, will also accompany him on this journey. Mr Bean – Special Delivery gameplay is very attractive and is designed in two dimensions, the angle of view of the camera is from the side. The players are in the role of Mr. Bean and must control his car. This game has different missions and in each mission, players have the task of carrying a number of custom packages that are in different sizes on the roof of the car and deliver them to friends and sometimes and surprisingly to Mr. Bin enemies. Each mission has its own paths and challenges. Players must decide whether to depress the accelerator pedal all the way or drive carefully and be mindful of the track, as packages must be carried with caution and if players are not careful, the packages may fall from the ceiling.

In Mr Bean – Special DeliveryPlayers can not move too slowly because missions have a time limit and all packages must be delivered on time. When players reach a certain stage, the ability of auxiliary powers is released that can help them in the game. For example, activating the auxiliary powers may cause all the packages to remain fixed on the roof of the car for a certain period of time and not fall down. At the end of each stage you can get coins and buy new car parts. Car parts increase your rolling and improve car performance. In addition to car parts, you can also change the appearance of the car to your liking. As mentioned earlier, the game’s graphics are two-dimensional and designed exactly like the Mr. Bean animation series. The game controls are very simple and all the functions of the game are performed by the buttons that are placed on the screen of your device. The game routes are very attractive and varied and include city, suburban, hills, and desert routes. Mr Bean – Special Delivery is the fifth game in the popular Mr. Bean series, which has been able to install more than one million installs.Have an excellent score of 4.7 out of 5.0 on Google Play, and the Usroid team has providedthis game to you dear ones in a tested and completely free way. At the end of this article, you can see the introduction video and screenshots related to the gameplay of the game to get more familiar with this game and if you wish, download it from our servers. Hope you enjoy this game! 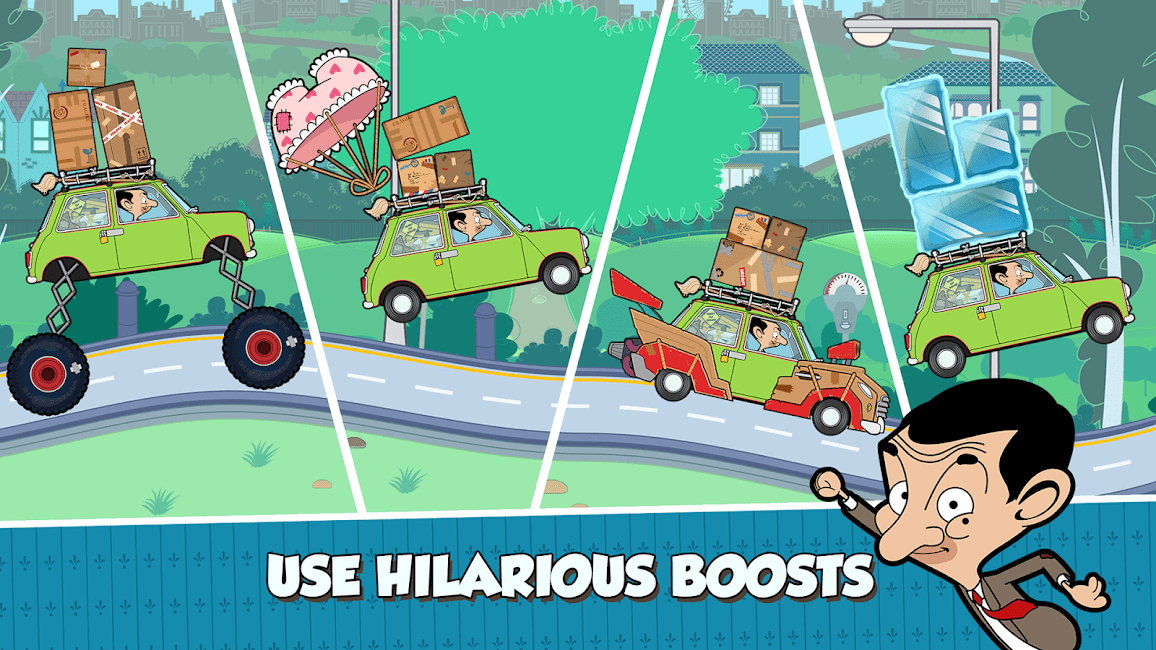 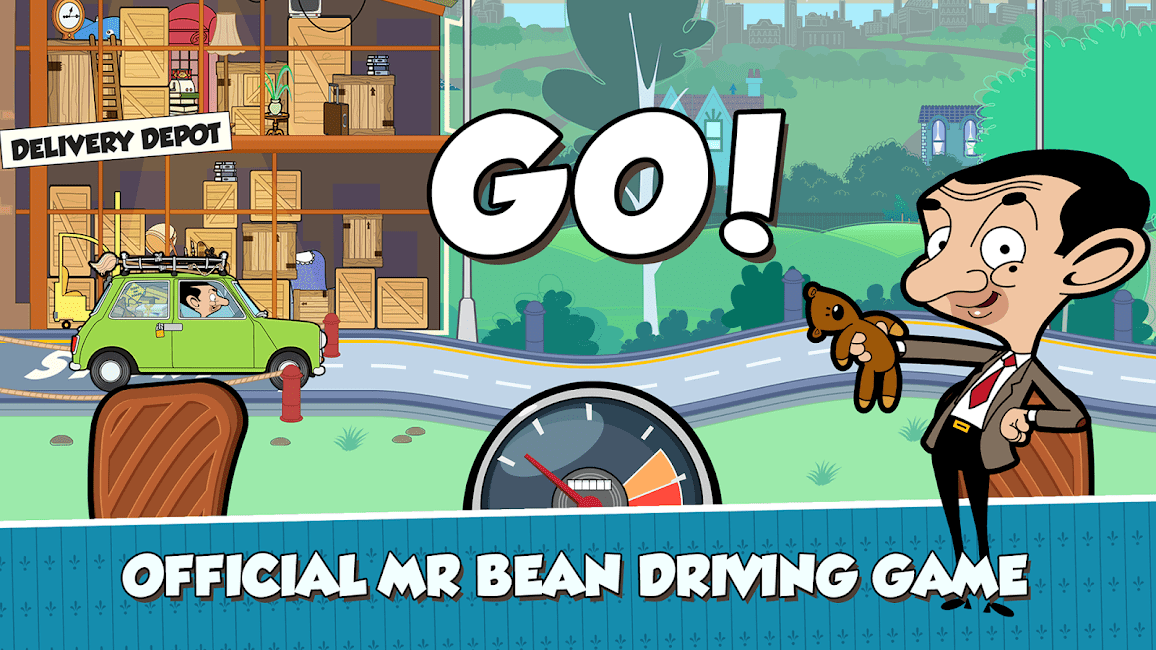 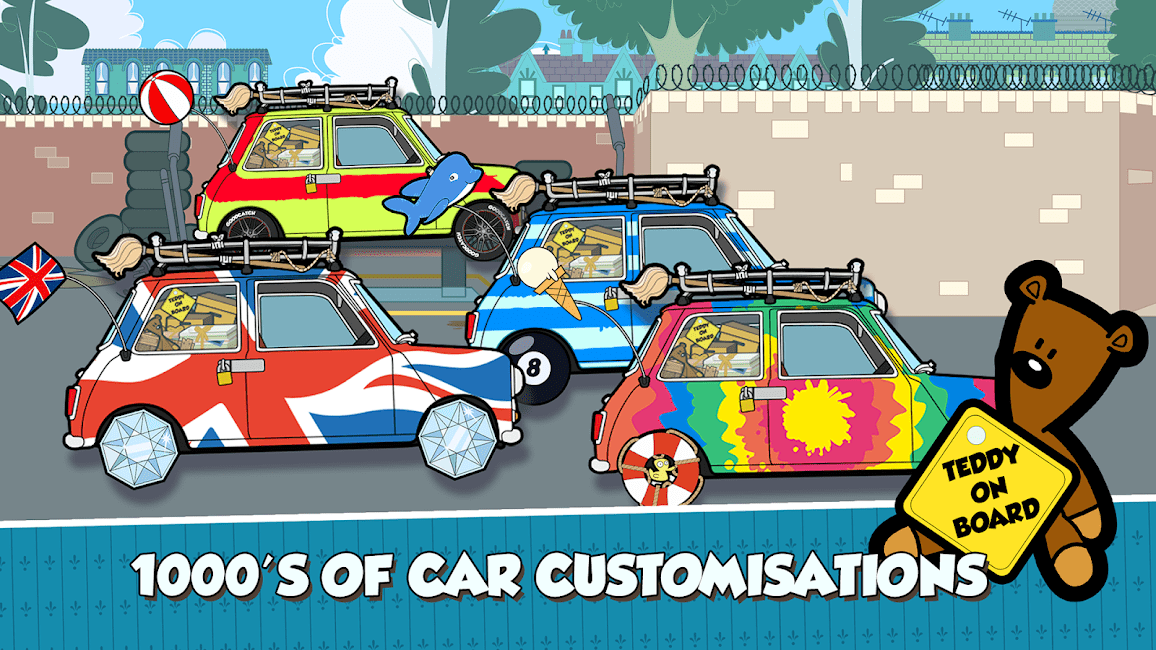 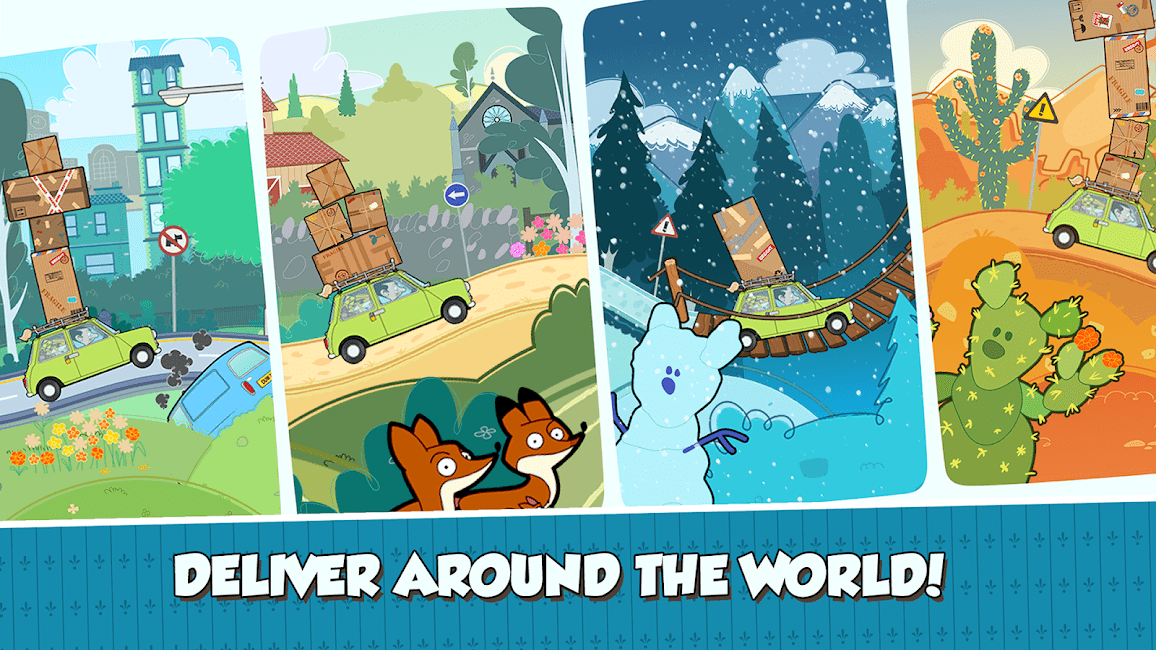 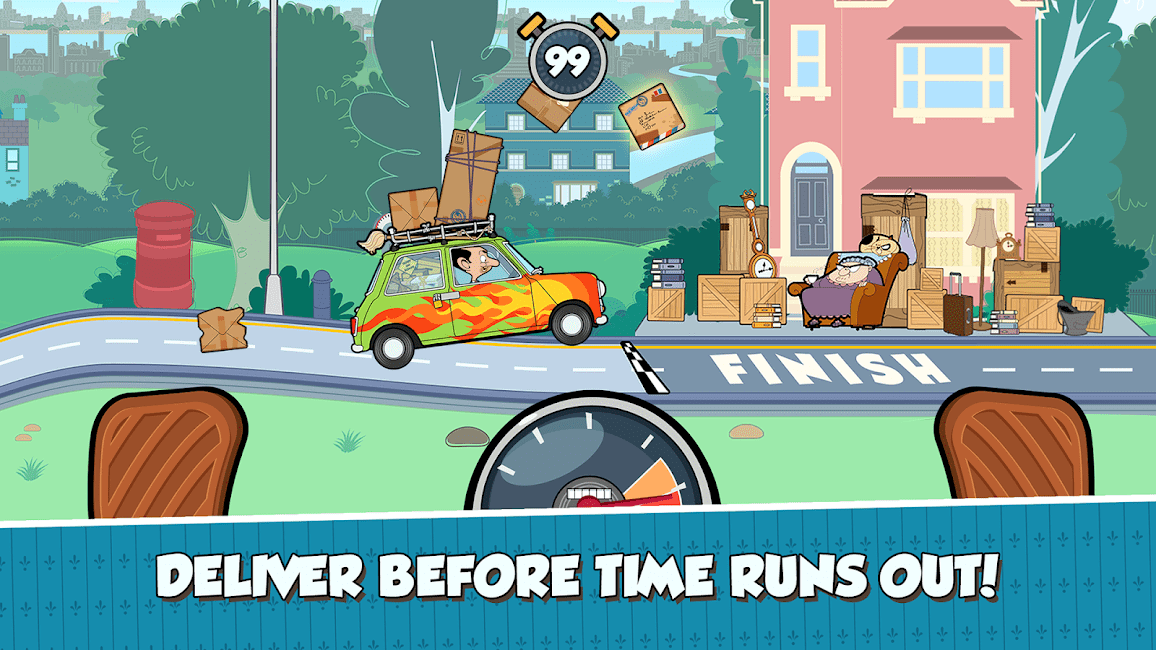 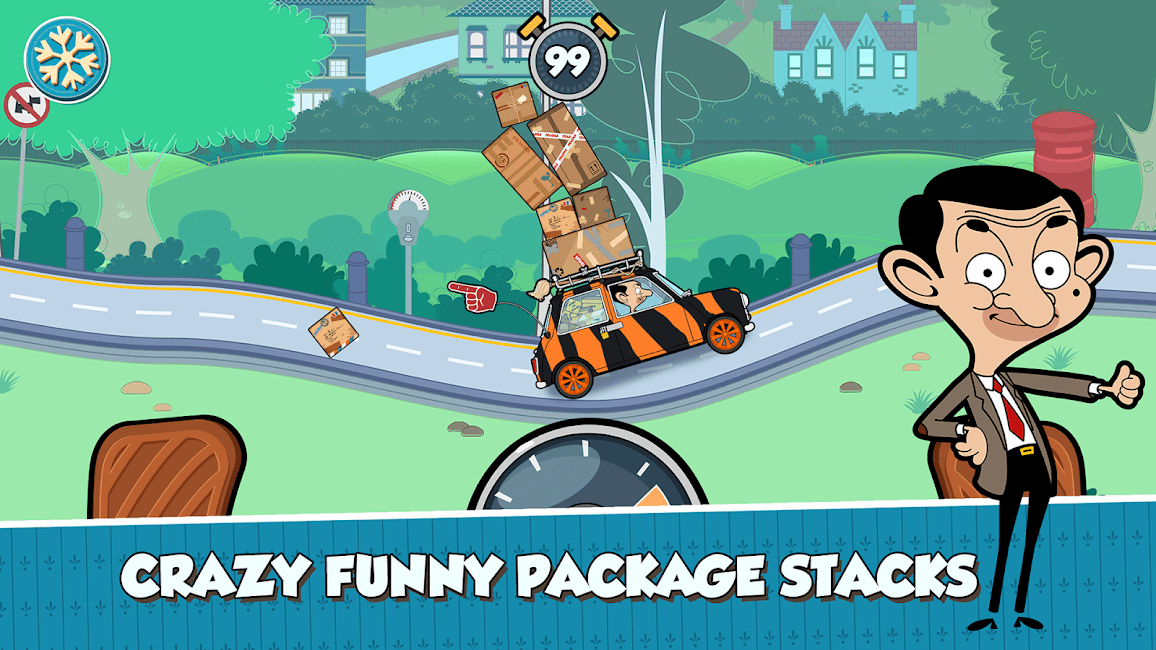 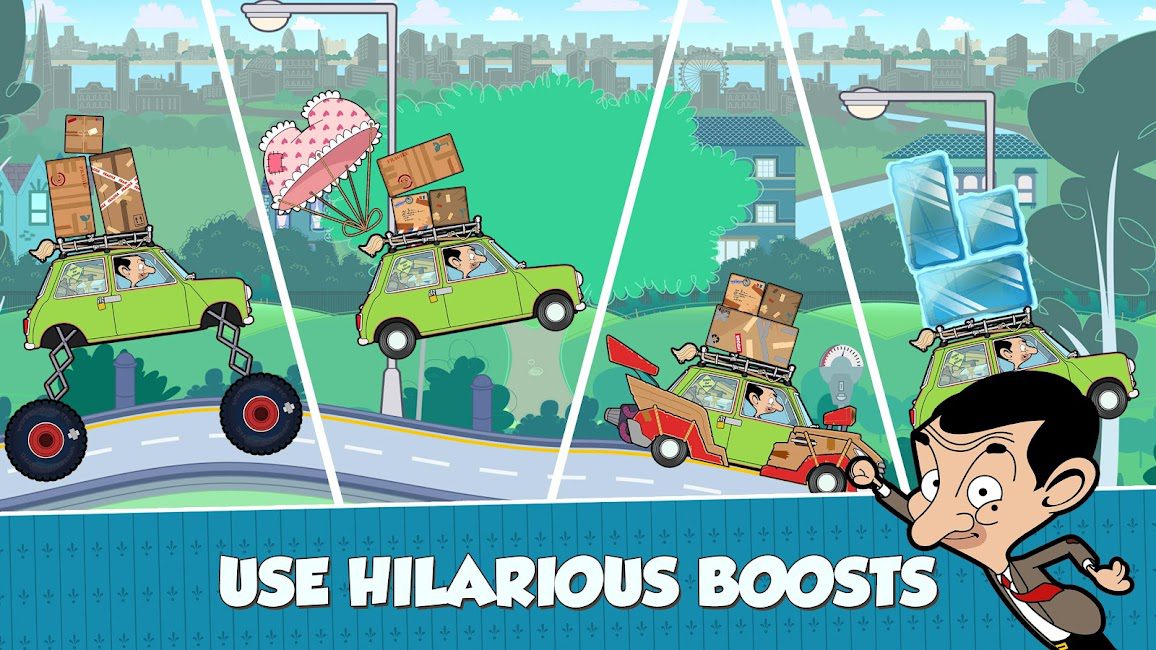 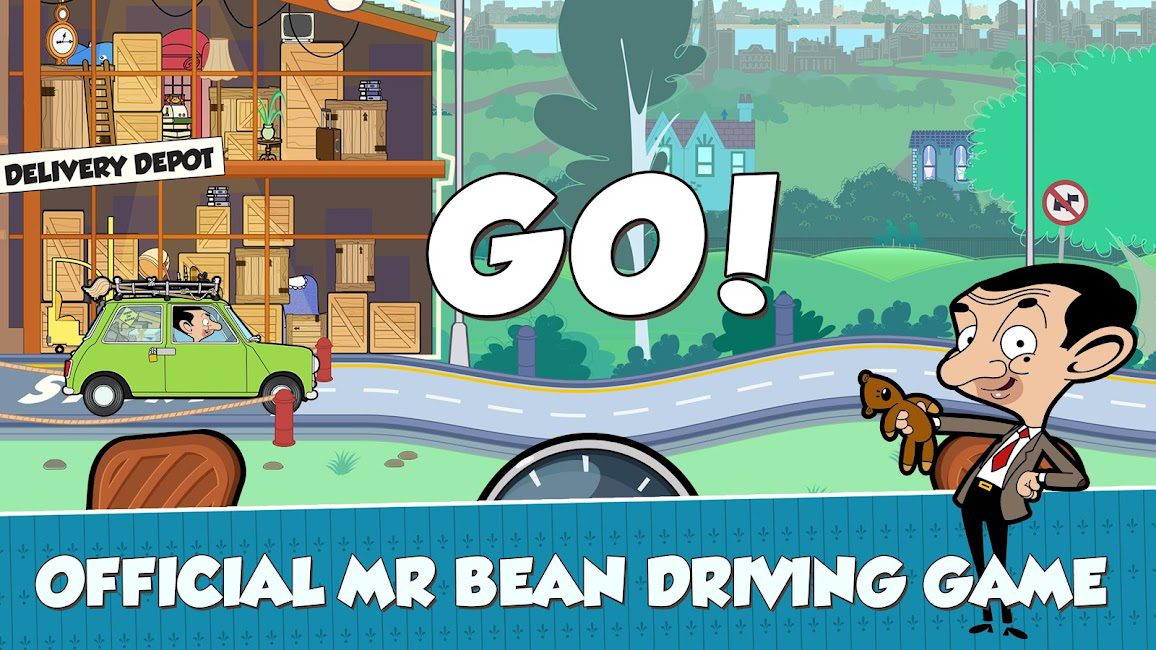