Fungi are very amazing creatures that cannot be placed in the category of plants due to the lack of leaves and roots, nor can they be placed in the category of animals due to the lack of vital organs. Fungi usually use the absorption method for feeding. This absorption can be done both through air and water and can be done by connecting to another living organism, such as plants, animals, and so on. Due to these different feeding methods, there are many types of fungi, and many fungi grow in different parts of the world. Mushrooms usually grow in any area at certain times of the year, and different people collect them depending on their needs. Mushrooms have different uses, some of which are used in industry and to make different products. Others are taken orally because they are high in protein, others are used as medicine, and some are not usually used because they are toxic. Mushrooms are very similar to each other, so you need a lot of knowledge to find the desired mushrooms. Fortunately, there are good programs for identifying fungi, one of which we are at your service today.Mushrooms app is an application for identifying different types of fungi, for Android operating system, which was developed by Vocom and published for free on Google Play. In this program, there is a detailed guide with more than 210 different species of mushrooms, all of which have detailed and detailed descriptions along with various photos so that the user can easily identify the desired mushrooms. There are also keys for identifying different fungal species based on their symptoms. The most advanced use of this program is to identify fungi by taking pictures of them. The developers of this program have used artificial intelligence and neural network to create such a feature. In this way, by taking photos of the mushrooms, the program will inform you about the type of mushrooms you want with full explanations.

Some features and capabilities of Android Mushrooms app :

The Mushrooms app is a great tool for anyone who goes hunting for mushrooms. With the satisfaction of Android users, this program was able to get a score of 4.4 out of 5.0 from Google Play users. Now you can download the unlocked version of this program with all the features and capabilities from Usroid for free. 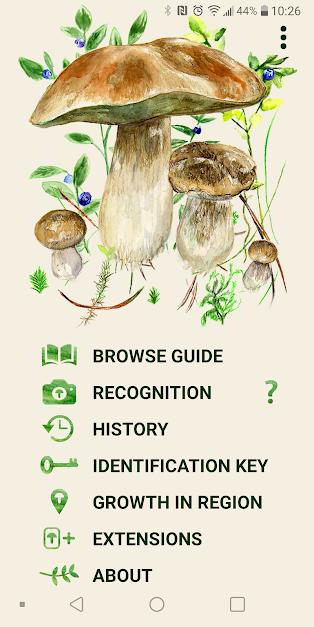 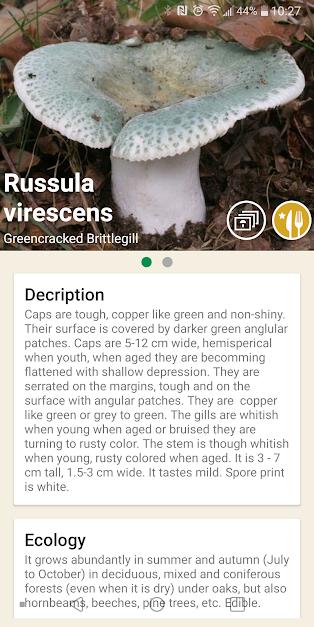 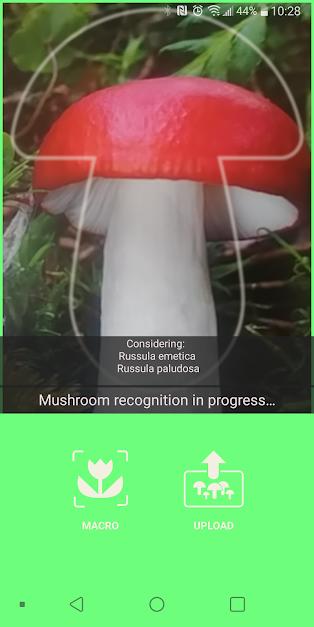 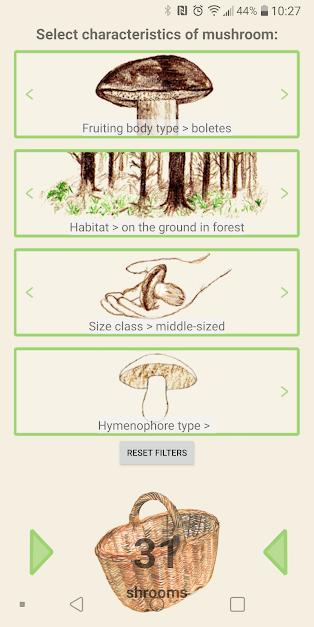 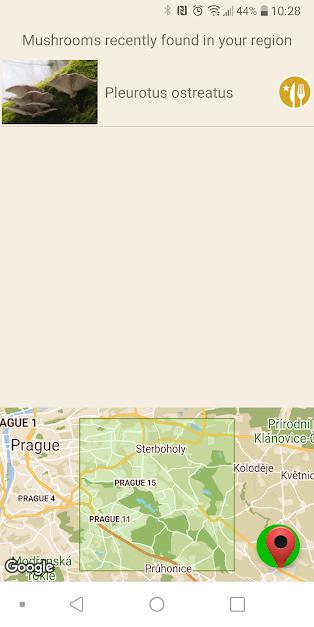