Mutiny: Pirate Survival RPG – Survival in the world of pirates is a very beautiful and exciting game with an attractive idea from the category of role-playing titles (Survival) in the style of survival games (Survival) for the Android operating system by Helio Games Studio Cyprus is available for free with in-app purchases for the Android operating system. Usroid has prepared the new version of this game at the same time and after the necessary checks, and has provided the latest version along with a mod version for free download, so that you can easily download it from the site’s fast servers And have a lot of fun. Mutiny: Pirate Survival RPG with adaptations of popular Survival RPG games including Survival on Raft , No Way To Die , Last Day on Earth orZombieland: AFK Survival was created and developed. In this game, like all survival style games in a third-person title, you have to save the main character of the game from the danger of destruction in a dangerous world, full of threats and, of course, full of special and unattainable opportunities. At the same time, provide him with the best possible survival conditions. While most of the similar games are related to the world of zombies and apocalypse, Mutiny: Pirate Survival RPG uses a relatively different ideology, which makes the output of the game a much more attractive and lovable title.

In Mutiny: Pirate Survival RPGYou enter the golden and fascinating world of pirates in the Atlantic Ocean. You are in the role of a pirate who loses his way in the middle of the sea and arrives on an island after severe storms and the destruction of his ship. Now you have to try to protect yourself on this island with empty hands and without any equipment, where it seems that you are not alone. Like all similar games, you can build a shelter, a safe base for yourself and later the crew you employ, and find useful and valuable items by searching different parts of the island. With the various things you find, you can make a variety of tools, including weapons, and use them to protect yourself from enemies. There are other pirates around you who have suffered the same fate. You can make peace with them or attack their headquarters to plunder their resources. In addition, the creatures and animals that live on the island are other threats to you. Mutiny: Pirate Survival RPG game designs are done in the third person with very good graphics. The design details are completely HD and the modeling is all dynamic and professional, and in general it can be said that Mutiny: Pirate Survival RPG is one of the most graphic and well-made titles in the current Survival RPG style. To download and install the latest version of this game, you can go to the download boxGo to Usroid and download this game from the direct links of the site.

– Download the data file and decompress it. Copy the com.heliogames.pirates folder to the Android / obb path of the device’s internal storage. 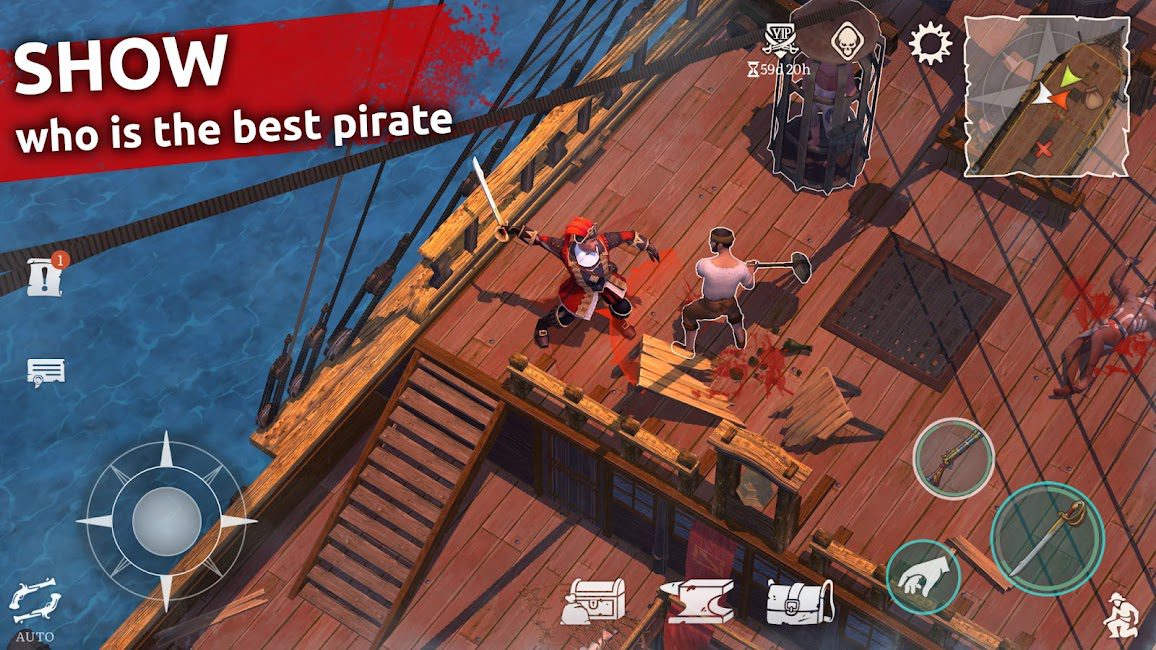 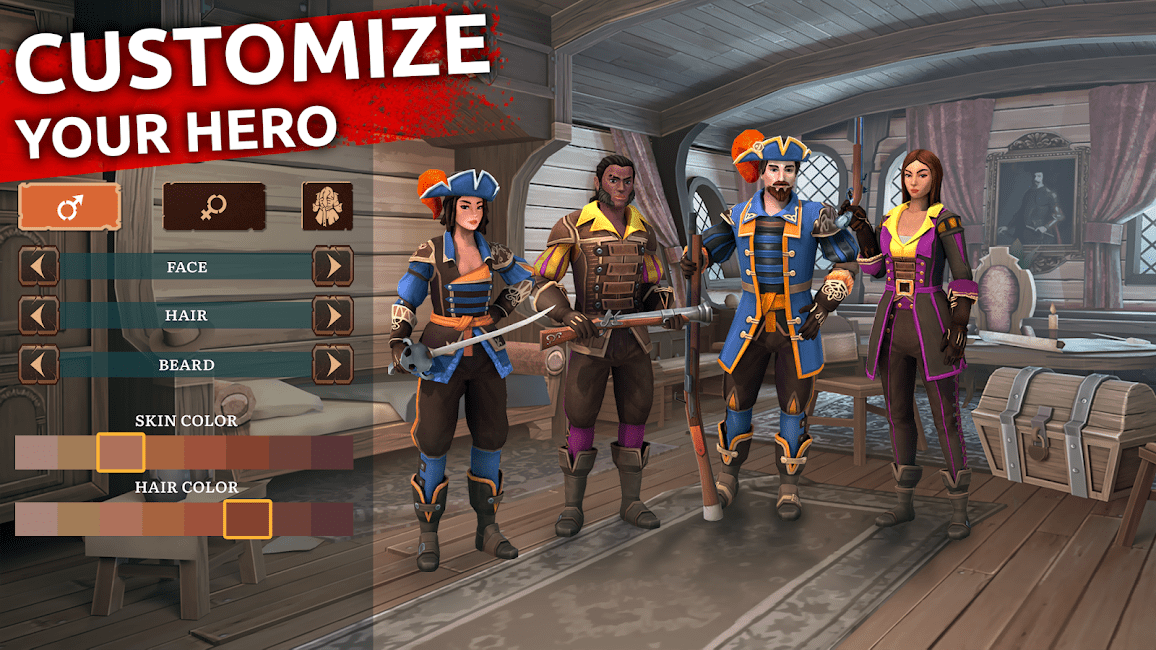 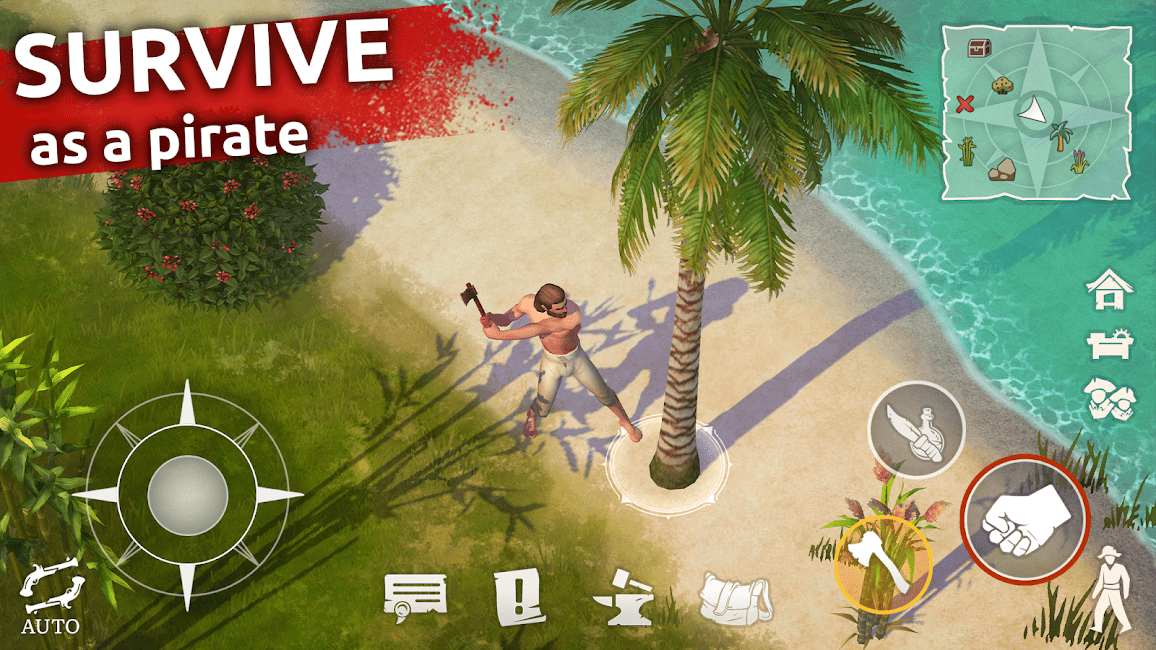 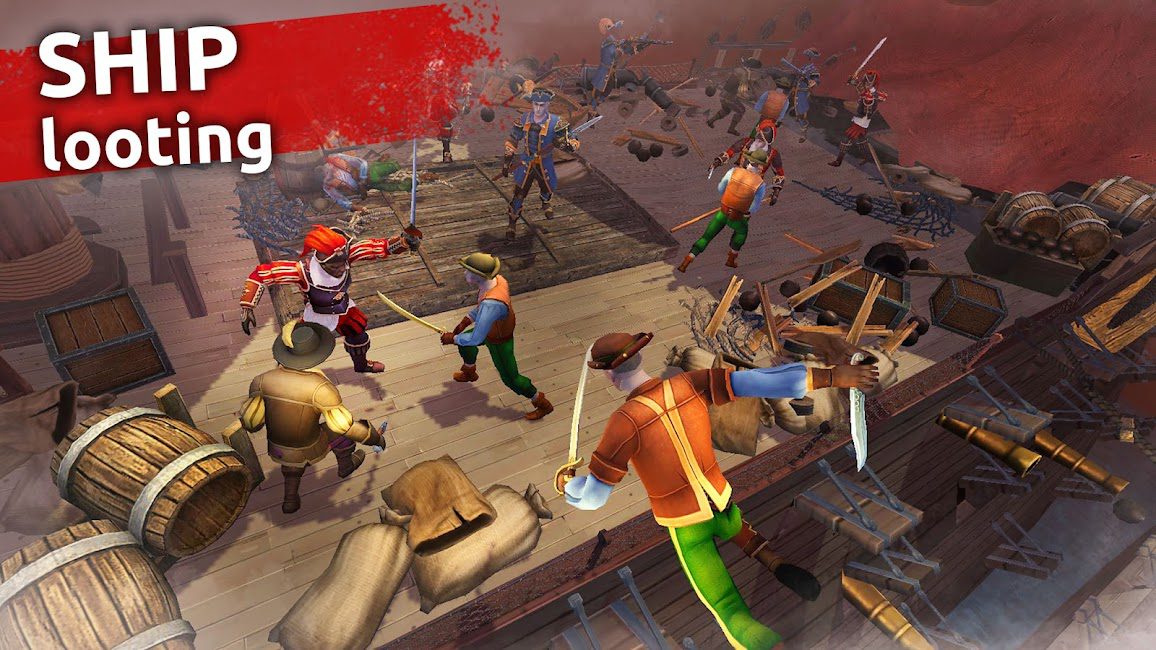 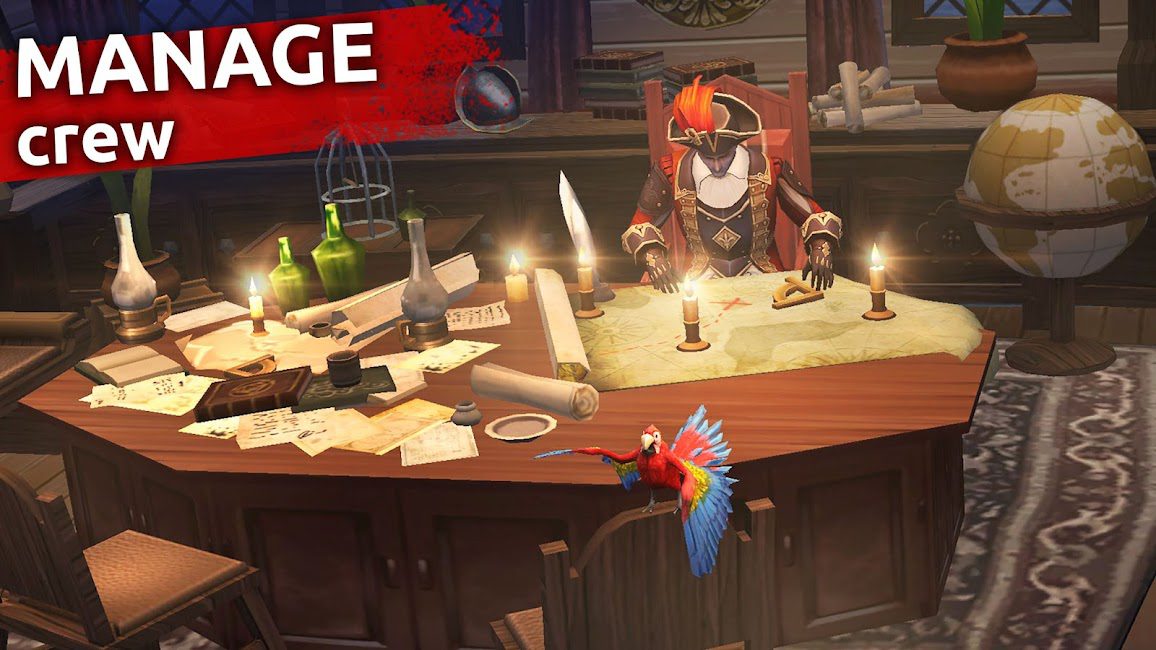 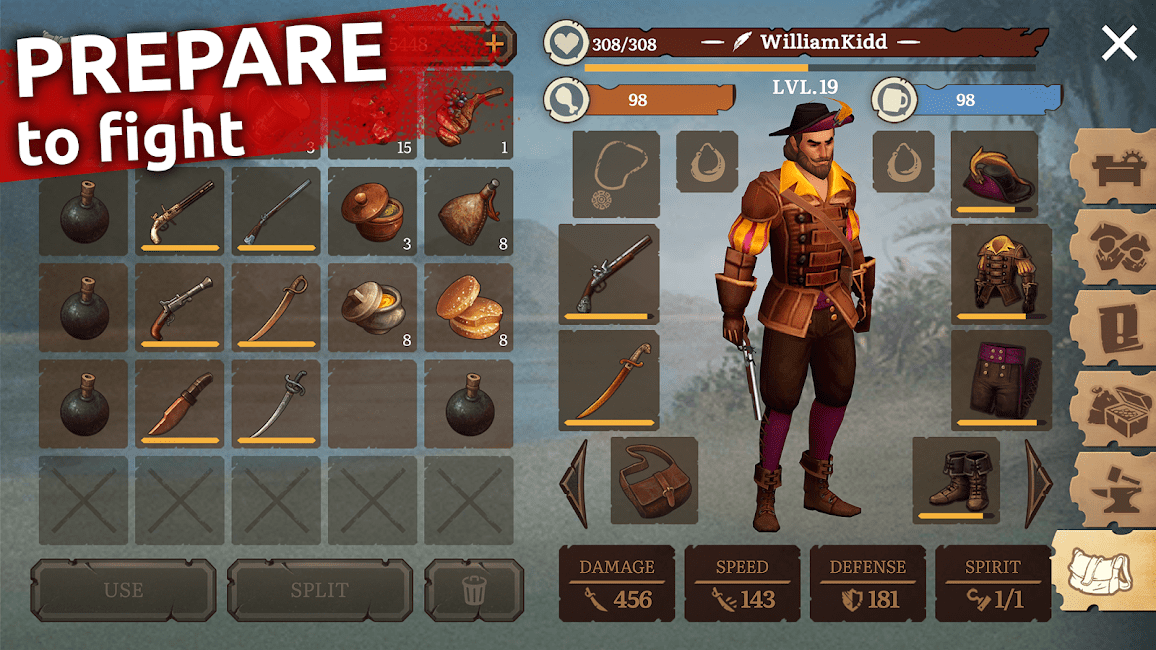 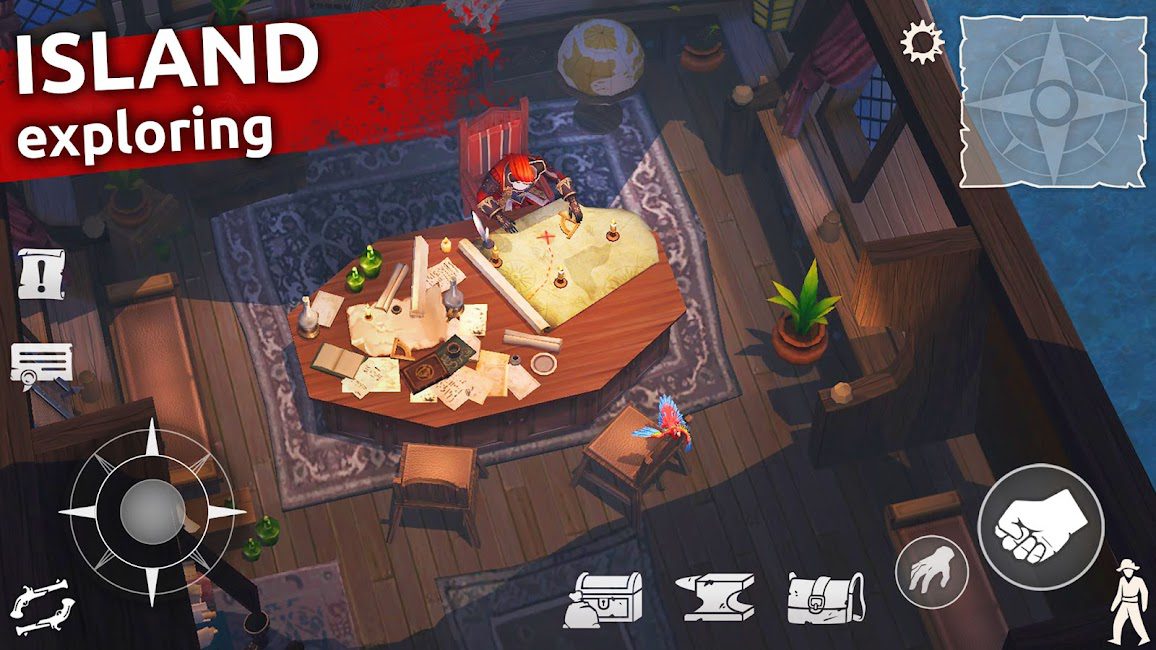 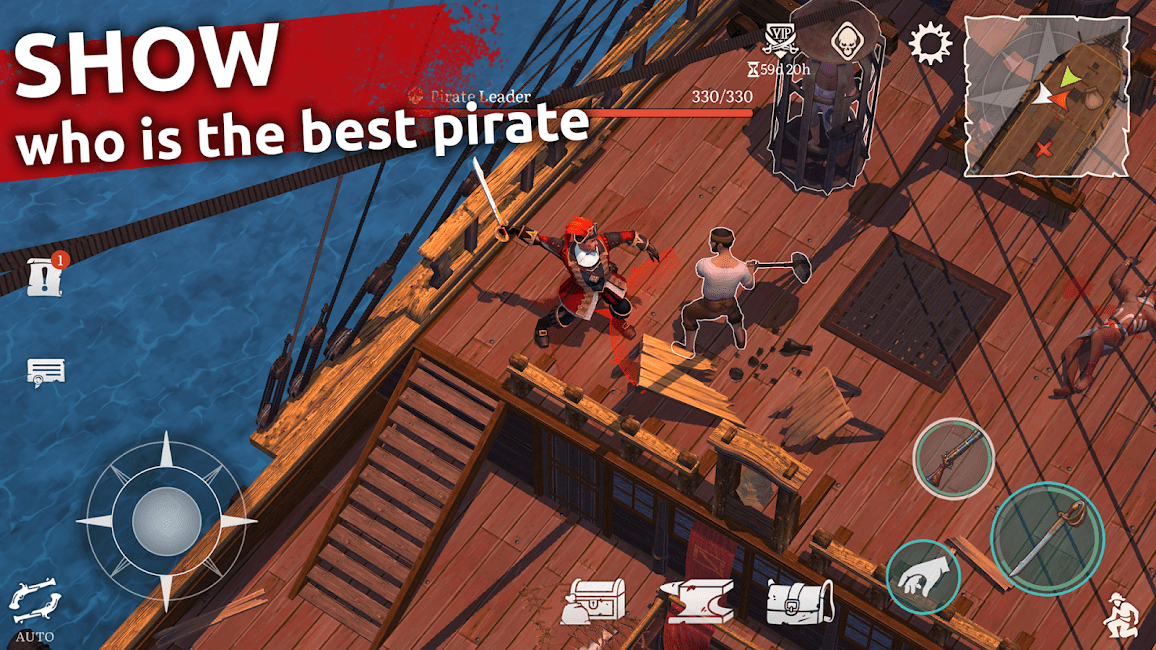