My Success Story: Business Game & Life SimulatorThe name of a game in the genre of simulation that has been published by Rodan mobile Kft game development studio for mobile devices with Android operating system. Rodan mobile Kft game development studio has already released other good games for gamers in the Android Market and has games like Sea Merge in its game development portfolio. My Success Story: Business Game & Life Simulator is another good game of this game studio that has been able to bring a unique experience for fans of simulation genre games by providing a fun and entertaining gameplay. The simulation genre is one of the most diverse genres in the gaming industry. Games in this genre usually try to bring different aspects of the real world into the game and simulate it in the most realistic way possible. In recent years, we have seen many games in this genre, some of which were really amazing and were able to attract many gamers. In some of these games, gamers have to pursue a specific goal, and in some of them, there is no goal, and the gamer can freely do whatever he wants.Do the game . But games that have a mediocre approach to their gameplay are usually games that are more appealing to gamers and more popular. Games in which gamers have to pursue certain goals but at the same time are free in the way of achieving these goals. Maybe we can introduce SimCity as one of the best games with this style and in fact the father of such games. But while SimCity was very well received, other games like The Sims came along and snatched the lead from games like SimCity. Perhaps it can be said that these games, which were life simulation games, were what the simulation genre needed.

My Success Story: Business Game & Life SimulatorIt is also one of the best mobile games in the simulation genre and a life simulator. This game has been able to achieve success with more than 10,000,000 downloads in the Android Market that few mobile games are able to do. In this game, whose artistic design has a cartoon and animated style, you play the role of a person who starts from zero and reaches the highest peaks of success. The beauty of this game lies in its details. The game menu consists of several sections that cover almost all aspects of a person’s life. First you have to rent a room with the little money you have in your pocket to have a place to live. Then you have to make clothes for yourself and do something for yourself so that you can afford the monthly expenses of your life. Later, when you save some money, you can go to various trainings such as driving and try to increase the range of tasks you can do. For example, by learning to drive, you can become a pizza delivery man and have two jobs and increase your income. As your income increases, you can also invest little by little, for example, enter the financial markets and buy and sell stocks, or go to a casino and try to multiply your money by betting. But you have to be very careful with such things, because investing always has risks and you may not only not make money but also lose your money. But if your investments pay off, you will make a lot of money and become rich. When you are rich, you can have bigger houses, cars, and better jobs, and even marry your favorite girl and start a family. There are no limits in this game and you can progress as far as you can and achieve everything you can imagine. My Success Story: Business Game & Life SimulatorIt has obtained a score of 4.0 out of 5.0 in the Android Market, and the Usroid teamintends to provide the original version and the modded version to you dear ones in a tested and completely free way. You can now download this game through our servers at the end of the article and enjoy running it!

Note: In the game mode version, after entering, click on CONTINUE and then on the character to receive unlimited money. 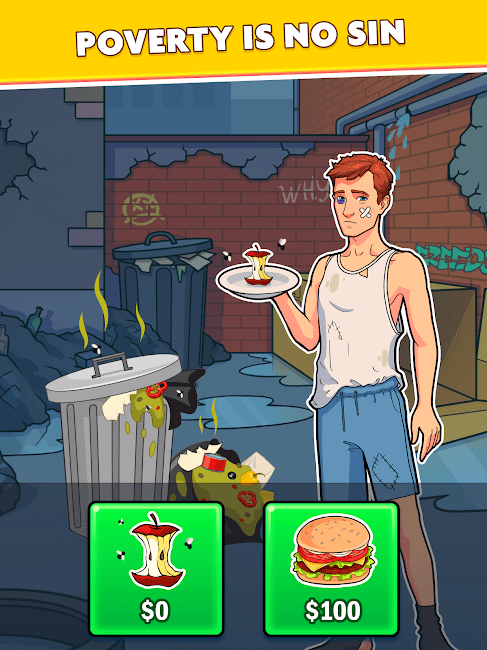 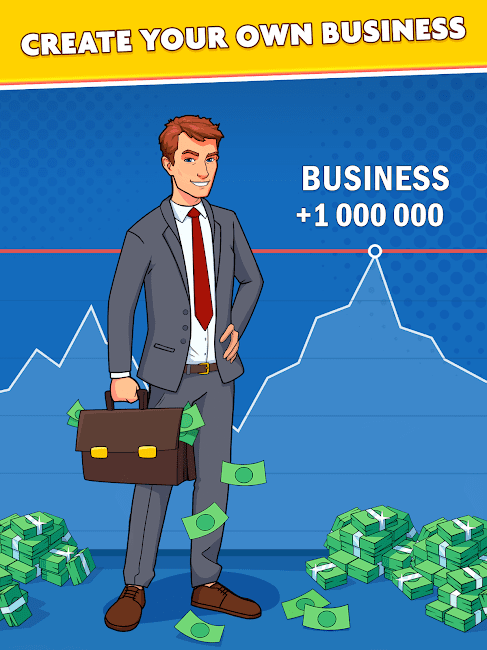