Mystic Vale v4.0.2 – An intriguing card game of the mysterious Android Valley with data + trailer
The full and purchased version of the game for $ 5.49 Dedicated to you dear ones
tested with no problems

Mystic Vale – Mysterious Valley is the title of an interesting card game with fun and exciting features that has been released by the British studio Nomad Games for $ 5.49 on Google Play. Usroid as the first Iranian websiteThe final version and the latest update of this game is ready for you, dear friends and companions, to download. The studio had previously produced a separate expansion called Magic of Vale, which can now be experienced independently in Mystic Vale. The story of the mysterious Valley game is about an imaginary and legendary world. A beautiful and fantasy world that includes many glorious lands. There is an amazing and fascinating valley in this world known as the Mysterious Valley or the Valley of Life. One day, the tranquility and beauty of this valley is ruined by an ominous curse. Legendary and peaceful creatures and creatures of this valley need help, and that is why the clergy have gone to this area to help its inhabitants and to deactivate this curse as it is. But the curse that has befallen the people of this land is stronger than the simple curses, and any weak and baseless attempt will make this curse stronger. You are in the role of one of these clerical colonies, and you have to carry out missions in stages of one to four people and in a card and board game. In fact, this competition is a battle between you and the devils. Due to the style of card games, all players must play their desired card in turn and thus overcome other cards.

In Mystic Vale, you can find and create different cards from different forces, you can collect an impressive set of cards. If you can win every hand of the game in a row, you can get a special point (so-called Combo score). Your choices must be made strategically and logically so that you can win the game and the competition in the best possible way. Each card has its own characteristics and you should use them at the right time. Also in Mystic Vale you can merge and combine cards and get special cards. It’s also worth noting that the game also has a multiplayer section online, in which players can go to the built-in rooms or create a new competition. The graphics and designs of the game are done in the form of artistic and hand-painted paintings and make you experience a special pleasure by playing this game. The game was first produced in 2016, following the global success of the physical version of the Mystic Vale board game, and was released for the PC platform. Now, after a few years, Nomad Games has finally produced and released a special version of the game for mobile phones and tablets in collaboration with the original owner of this work. This game is different with more than 1000 downloads and winsA very good score of 4.7 out of 5.0 is known as one of the most popular card style games. Usroid has provided the purchased version of this game in a tested and free form for you to download, dear ones.

– Download the data file and decompress it. Copy the com.nomadgames.mysticvale folder to the Android / Obb device’s internal storage. 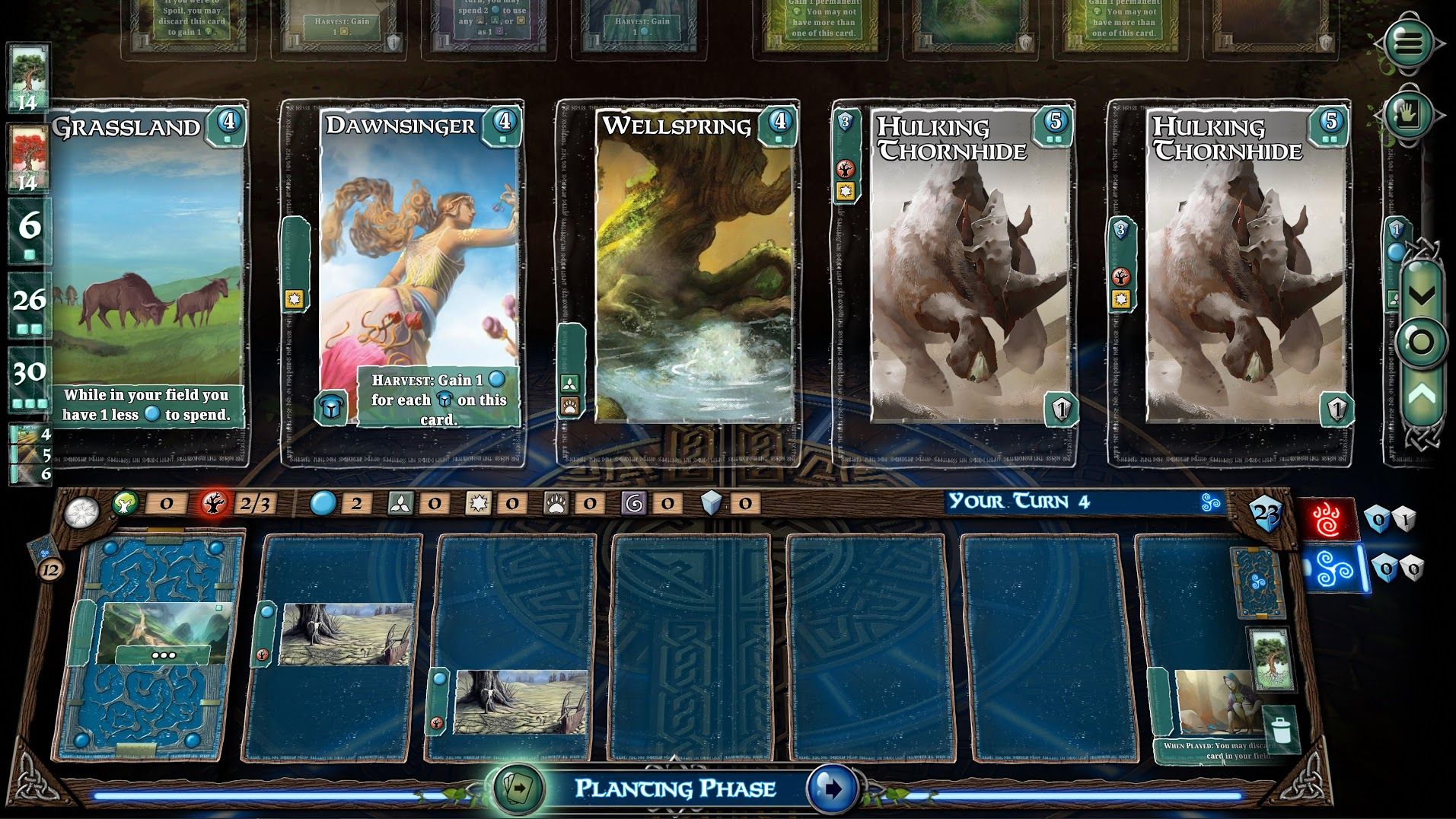 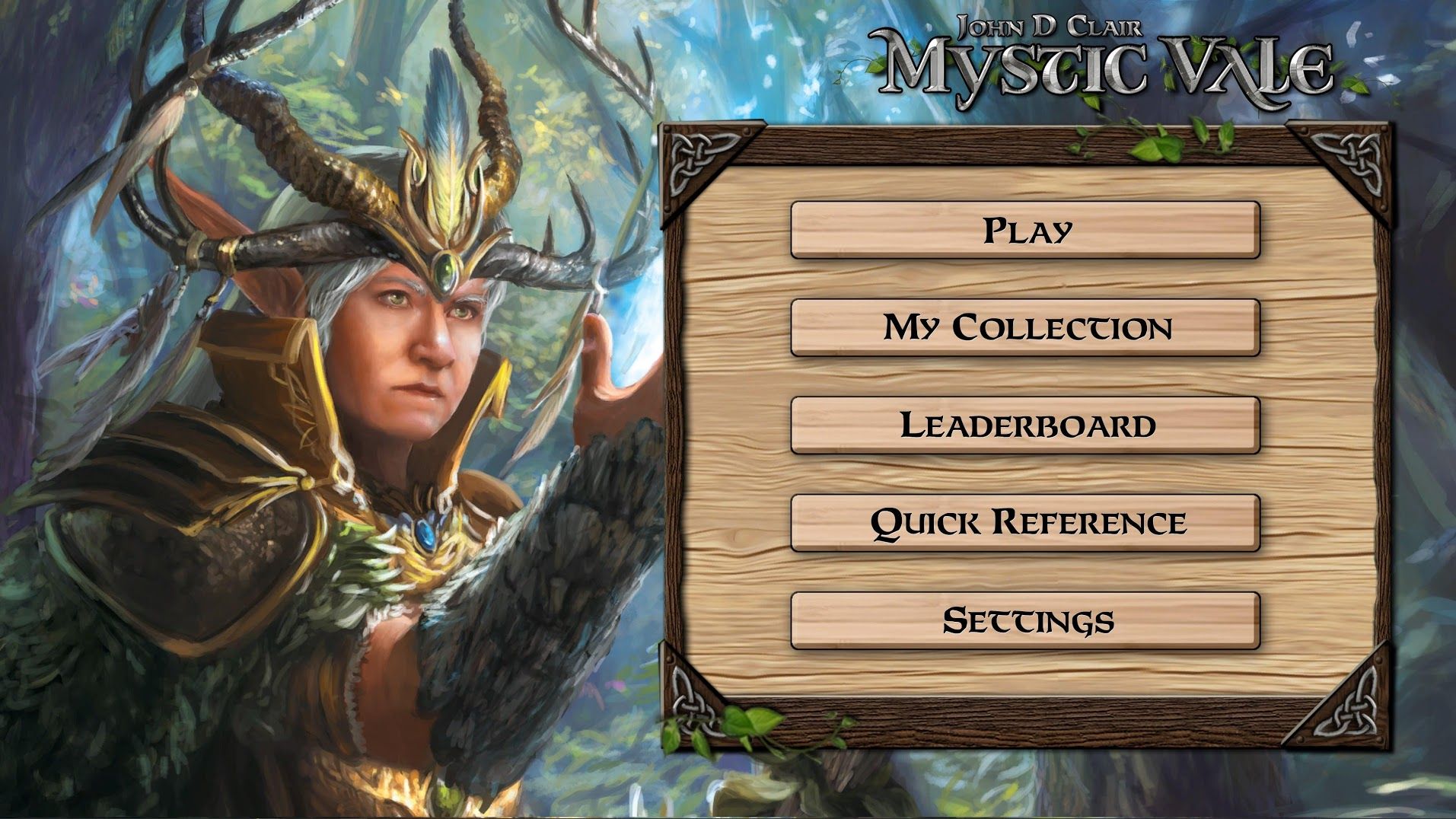 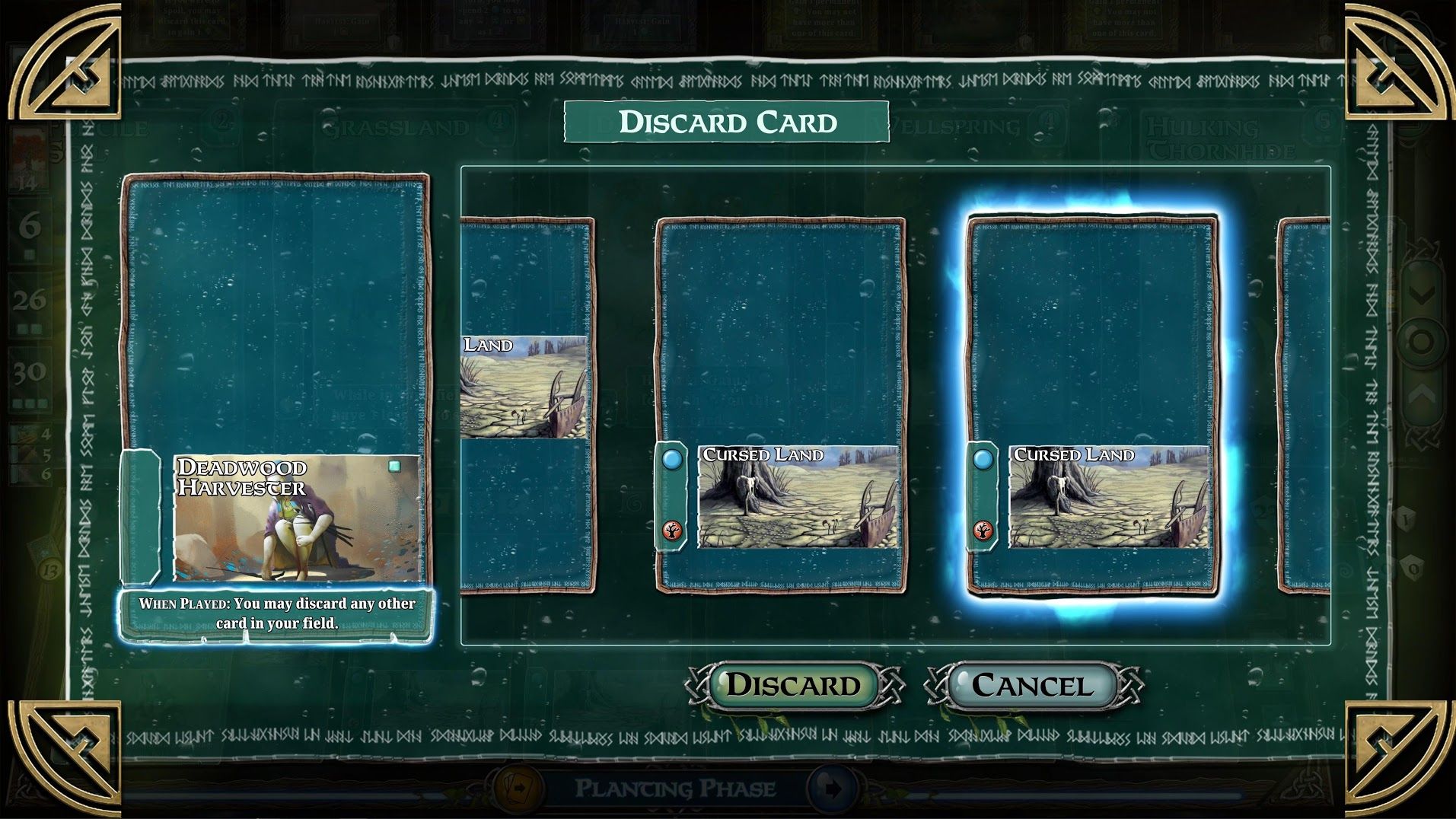 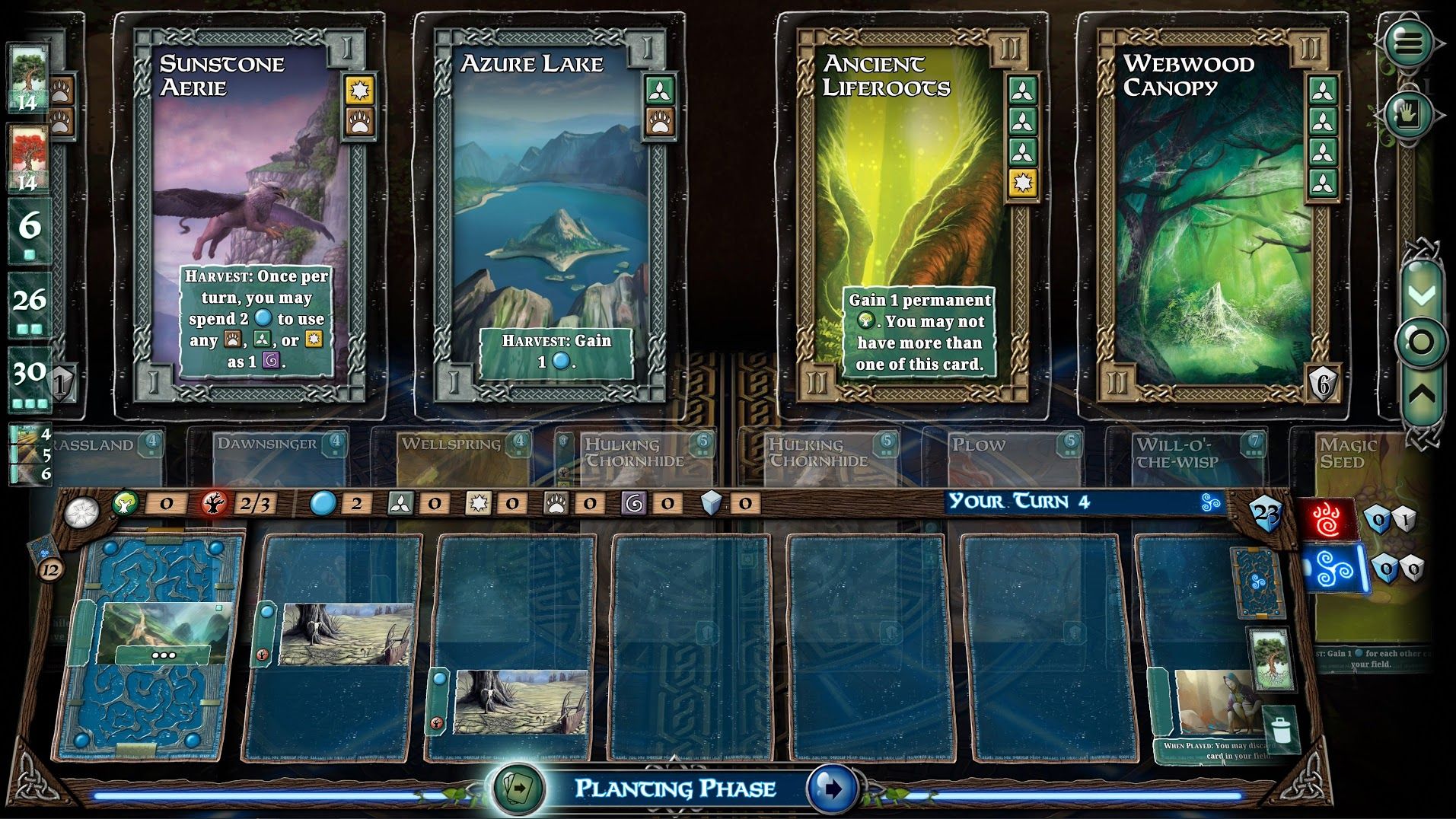 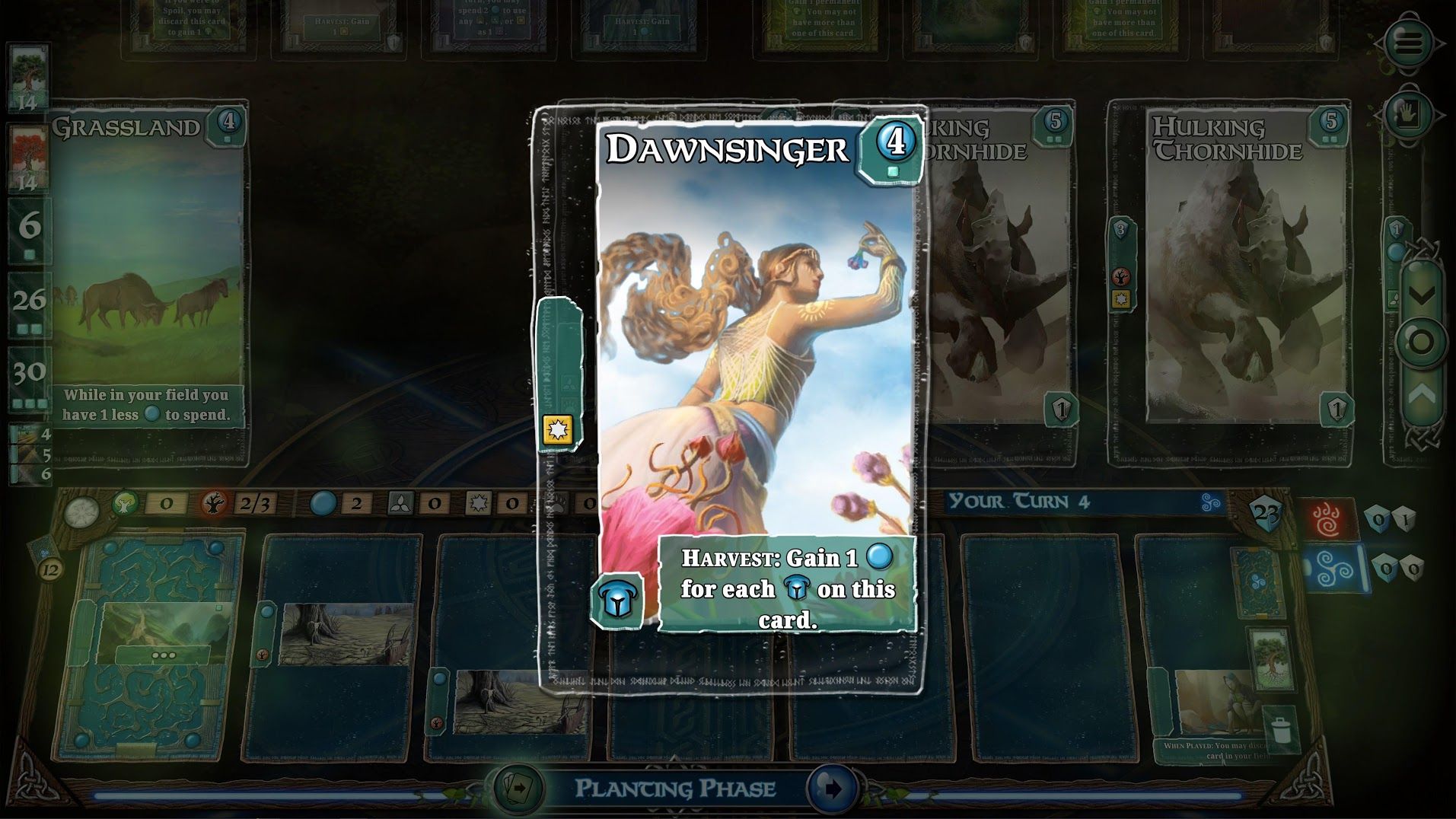