Paradise Island 2 The second version of the beautiful and lovely game Paradise IslandGIGL is a game development studio for Android devices, which after its success in the first version, this time decided to release the second version of the game with a more beautiful, stylish design and additional and better features, and it was decided to like Always introduce the presence of online strategy game lovers after testing the game and making sure it is healthy! As we said before in the first version of this game: This game can be introduced as one of the most popular and addictive Android strategy games, which is designed for lovers of the sea and the beach, in which you have to build an island and earn Start your own business and help get rich and finally attract tourists to your island! You can expand your empire by creating various places such as entertainment centers, hotels, restaurants and discos and turn your island into the best empire available!The game has the possibility of participation with other global users and competition, which doubles the excitement. The first version of the game has attracted more than one hundred million users from all over the world and is one of the most popular and popular, and now we are leading you to the second version of this game because the second version is really more stylish and exciting. It is more designed than the first version and will fascinate you for hours, days and months.

Some features of the Paradise Island 2 Android strategy game:

* Create a dedicated and ultra-stylish island for yourself

* Use land , sea ​​and منابع resources to increase your wealth

* Ability to share your achievements with friends and acquaintances

Paradise Island 2 game has been downloaded on Google Play for a limited time +500,000 times and has a score of 4.3 out of 5.0 , which, as always, we have taken the lead and introduced it for the first time among Iranian websites, and soon Other sites will also think that the healthy version of this game should be downloaded and introduced from Usroid !

– Paradise Island 2 game has data that can be downloaded by installing and running through the game itself – The amount of data is less than 200 MB.

– Before installing the game, download the game on Google Play and let it download a few kilobytes, and then install our game.

– Playing for the first time and downloading data requires the Internet, and after that, it is possible to play offline.

– The game server has no problem and is really high quality; Data is also downloaded at high speed without the need for a filter.

As mentioned, Paradise Island 2 has data and will be downloaded in the initial run; The image below illustrates this fact: 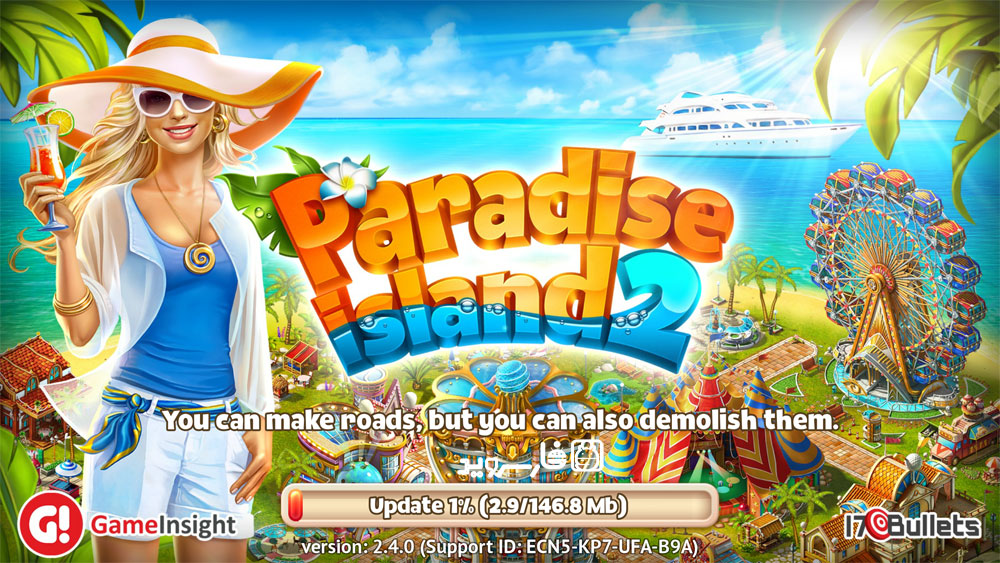 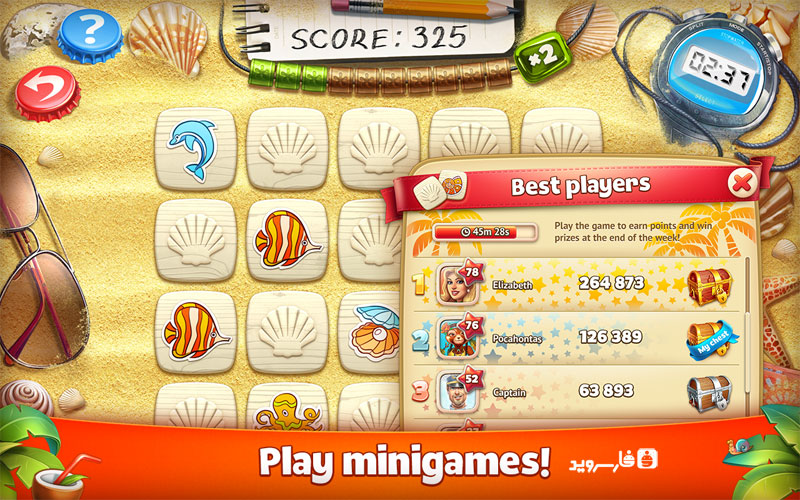 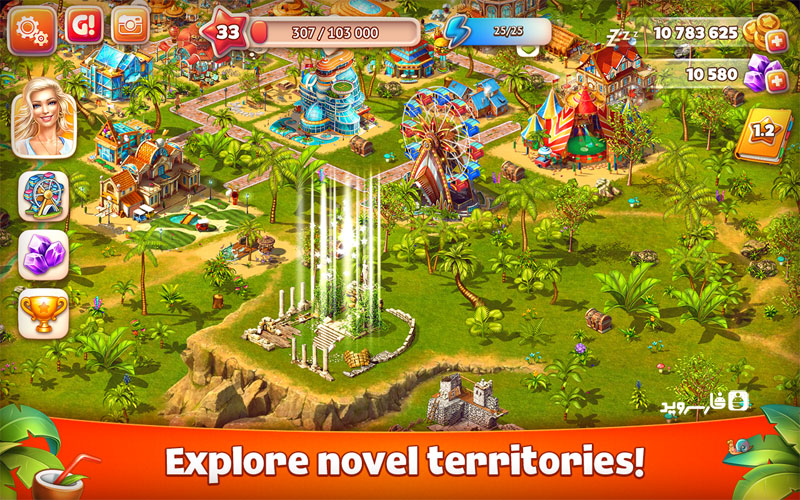 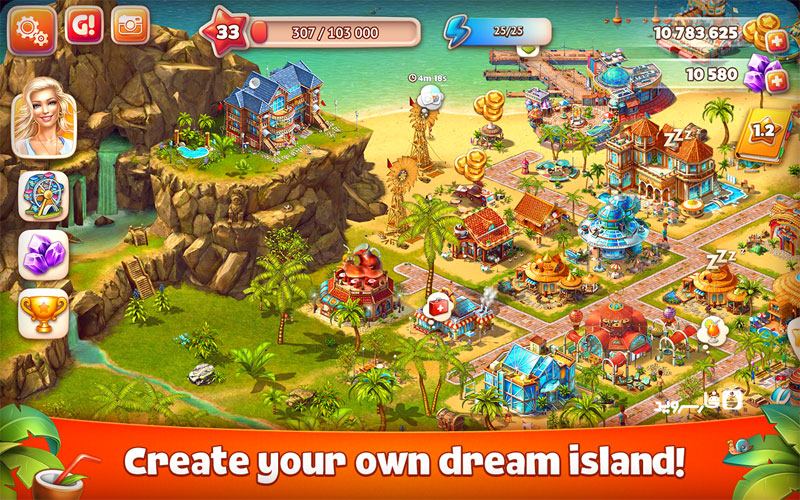 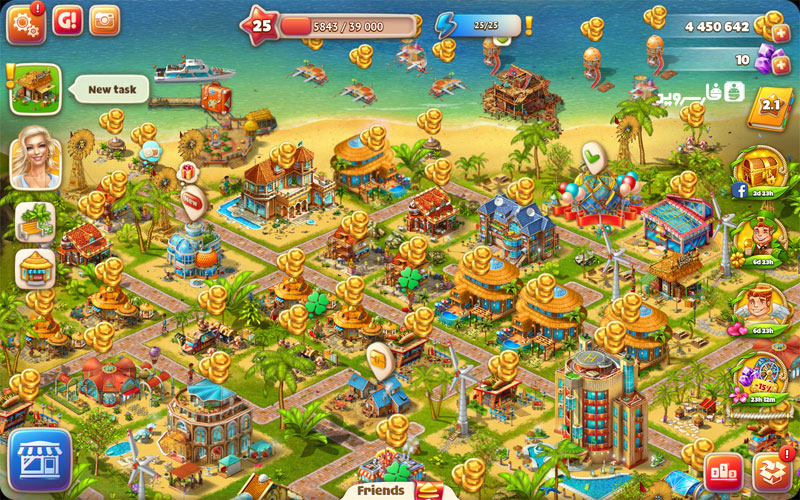 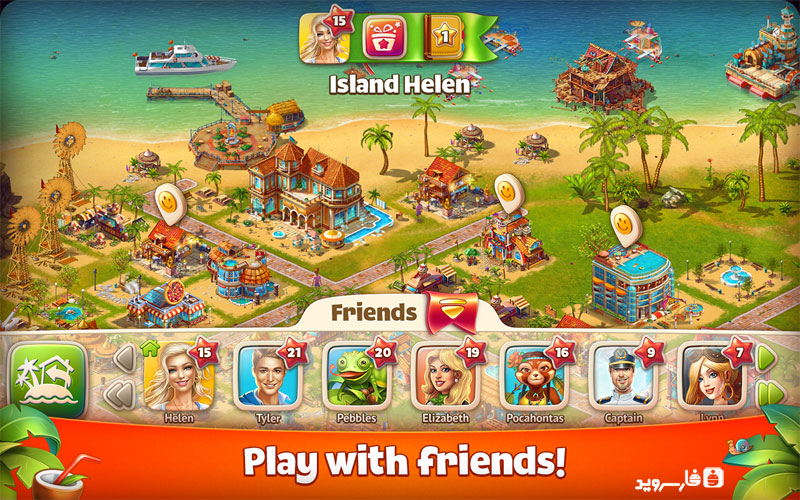