Pirate Bomb – Pirate BombIs the title of a game in the arcade genre published by the game development studio popapp.org for Android devices. The mentioned game development studio has already offered good games for gamers and has a good record in the Android market with millions of downloads. Pirate Bomb is a weird game! This game does not have a very wide story line and it is about a pirate who only throws bombs. But this should not be surprising. After all, Pirate Bomb is a puzzle-platformer game. Platformer puzzle games, or platformer games in general, are not known for their storyline. However, what these games are known for is the gameplay. So the question is, does this game have good gameplay or not? Fortunately, the answer to this question is a correct “yes”. So if you want to choose a new game for your leisure time, you can safely download this game and enjoy its unique campaign for hours. Pirate Bomb OnePuzzle game – a wonderful platformer. Bombs are used in this game in a completely creative, interesting and, of course, crazy way. Each stage has its own unique challenges that the more you progress in the game, the more difficult these challenges become. However, all the steps are fun and not boring or competitive at all. There is a sense of humor in the enemies, which is really interesting in its own way!

For example, some enemies in Pirate BombThey swallow the bombs and some others kill their fillets to extinguish them. Sometimes it will even be funny to kill yourself with your own bombs. What happens in the game is a bit silly, but kind of silly, as if the creators themselves know this and do not really want the game to be serious. So you will be killed a lot during the game, but you will also have fun in the midst of your deaths. But thankfully, the reason for your deaths will not be inefficient game controls. Pirate Bomb has an excellent yet simple guidance and control system that can be summed up in a few virtual movement and action buttons. This type of guidance and control system is easy to learn, but becoming a professional is time consuming and requires a bit of trial and error. Visually, this game looks very eye-catching. Everything from the enemies to the main character and his bombs are well designed. The game world is so beautiful that you can feel like you are playing a cartoon. The design of the steps is also excellent. The placement of enemies, the location of platforms, obstacles, and more are all well implemented. While the stages of the game have room for improvement and in the future they can reach a little more balance in terms of difficulty, at the same time the difficulty of the game is acceptable and with a little luck you will not have much trouble to progress in the game. There is no text music in the game and sometimes only a few sound effects can be heard for bombs or the main character jumping from the platforms, which does not leave much room for discussion. Overall, we can give a good score for this game and we can say without any doubt that the gameplay of this game is worth trying. Pirate Bomb has succeeded in attracting gamers from all over the worldGet an excellent score of 4.7 out of 5.0 and be well received. Therefore, Usroid teamintends to provide this exciting and addictive game to you dear ones in a tested and completely free way. At the end of this article, you can download this game from our servers and enjoy running it!

Note: The version on Google Play is incomplete; Usroid version is complete. 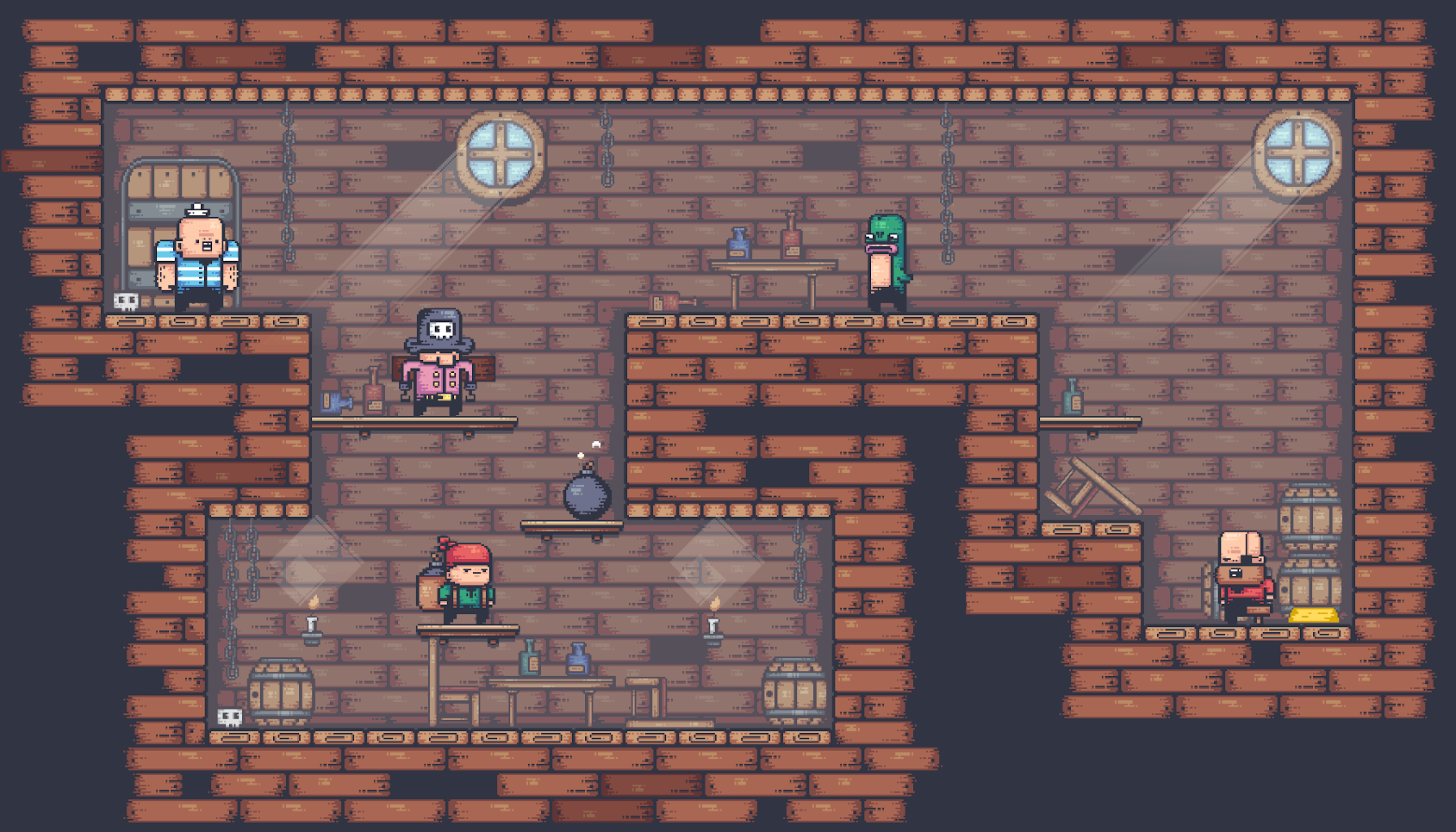 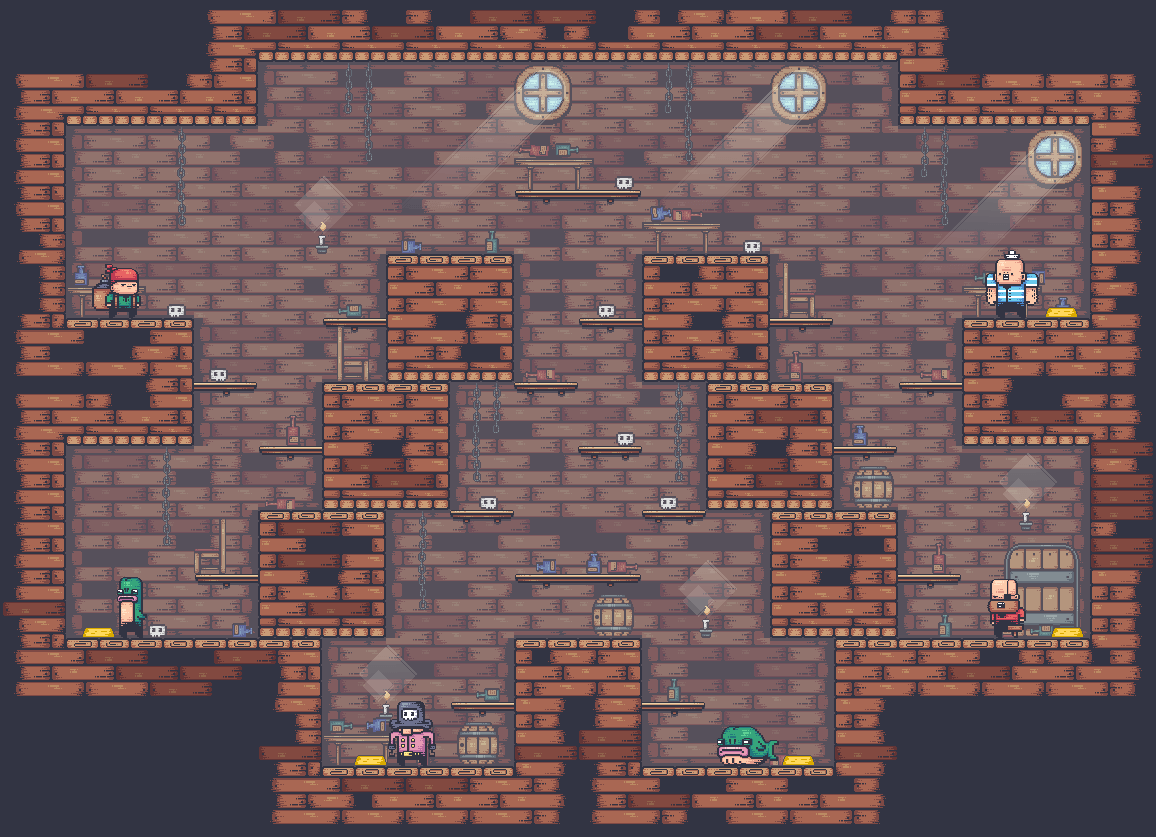 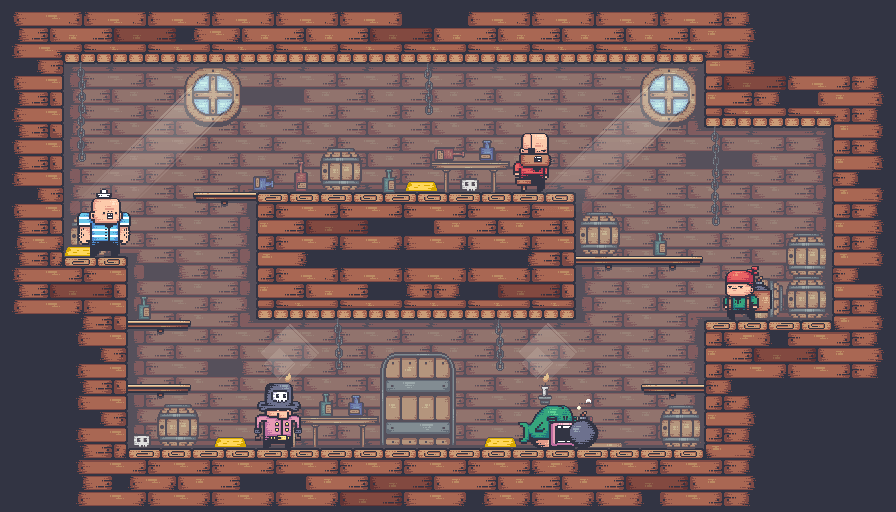 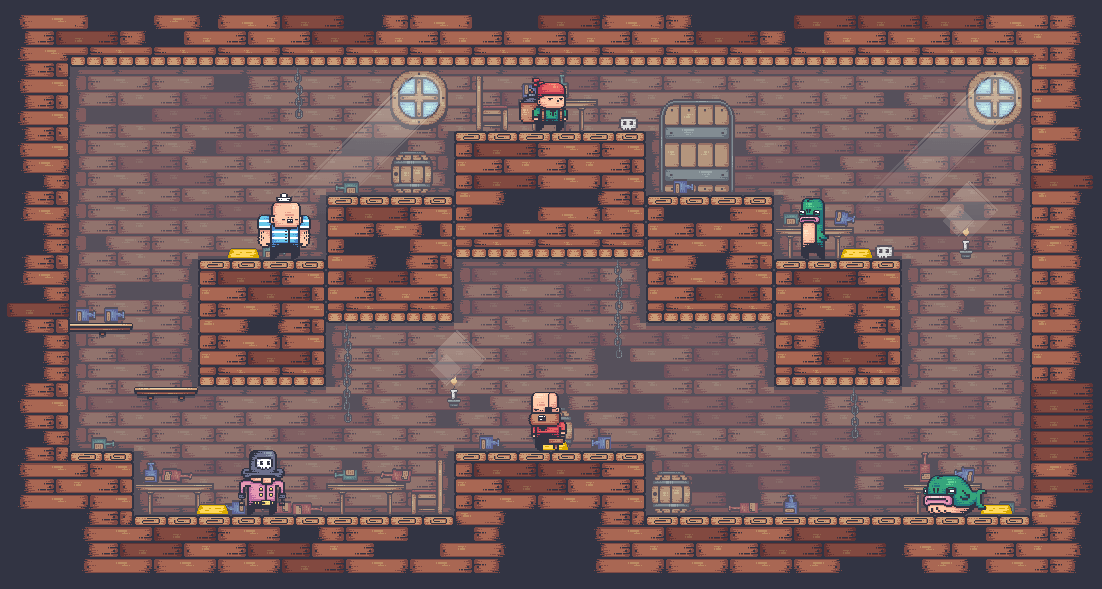 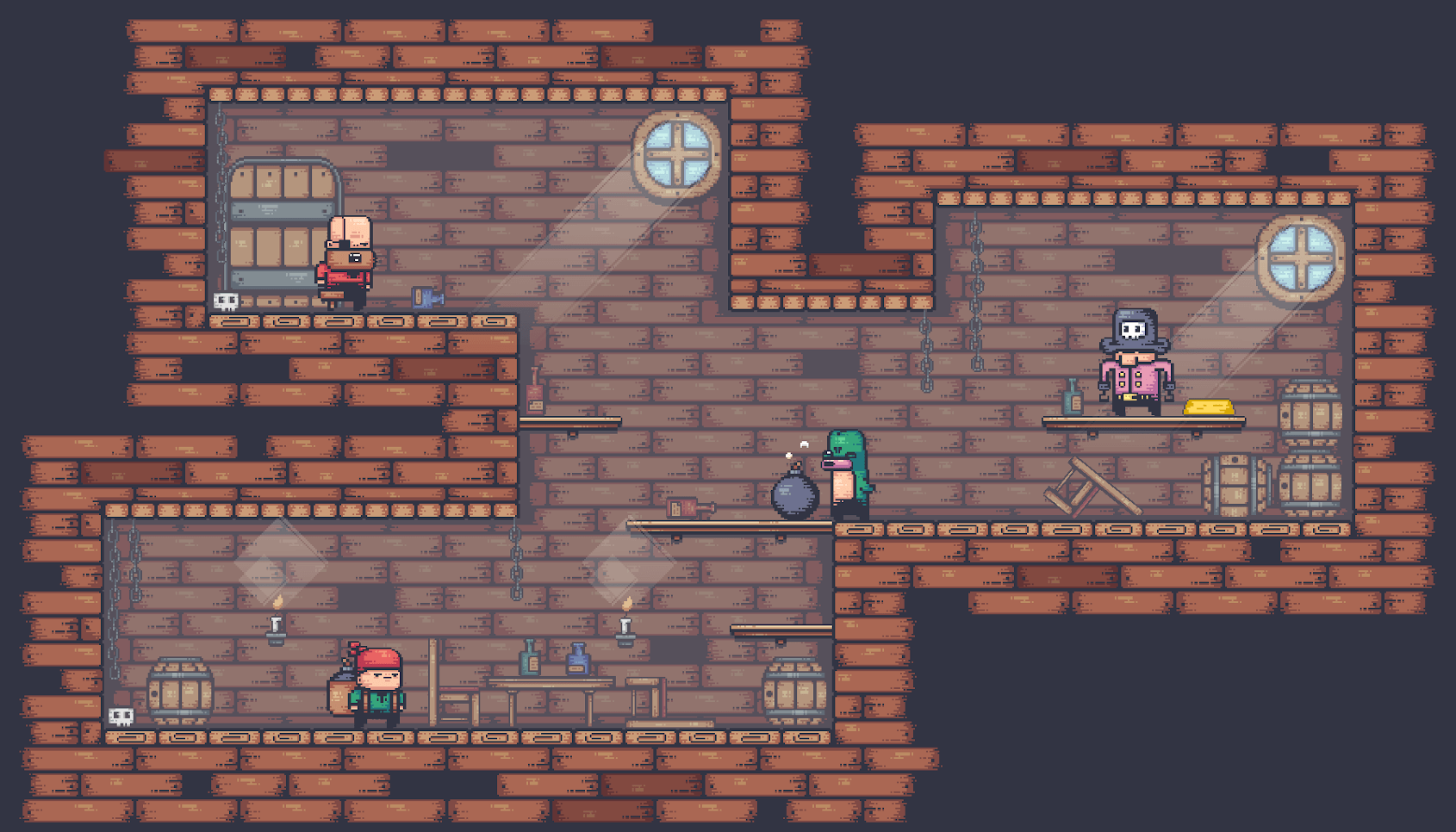 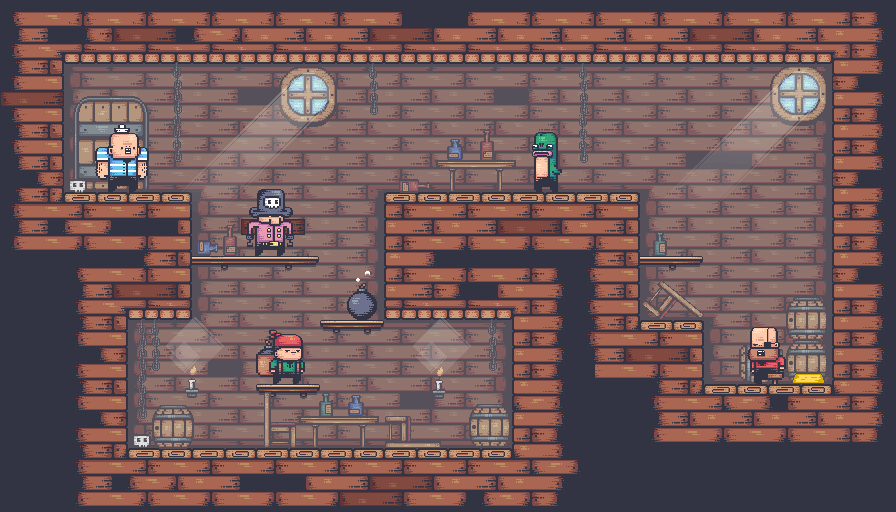 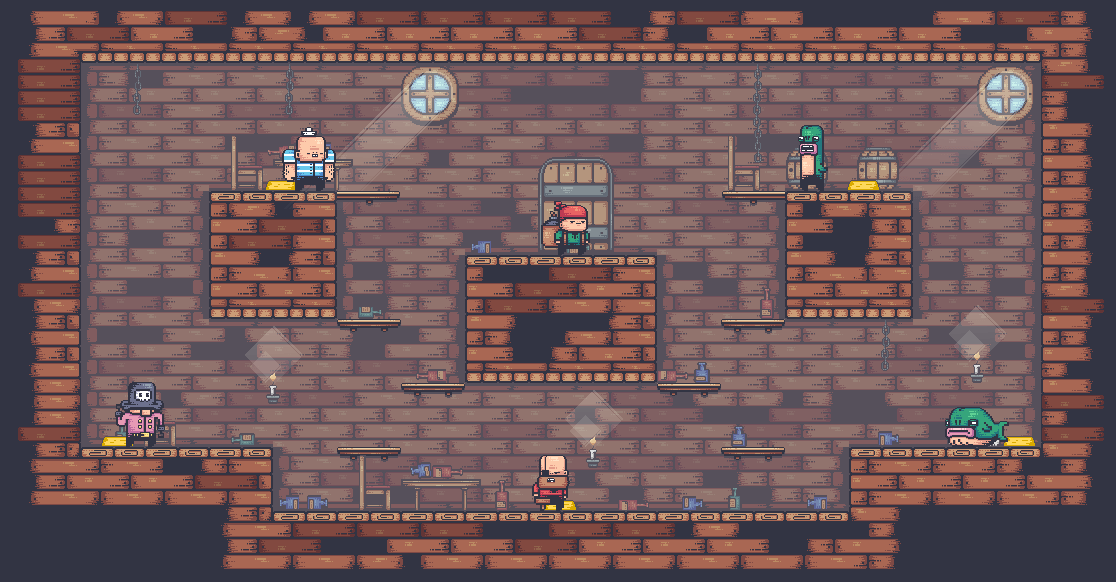 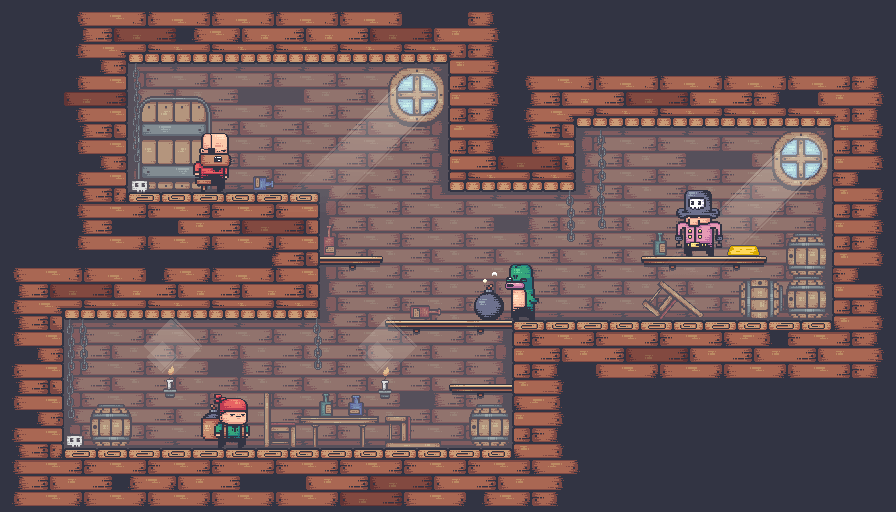 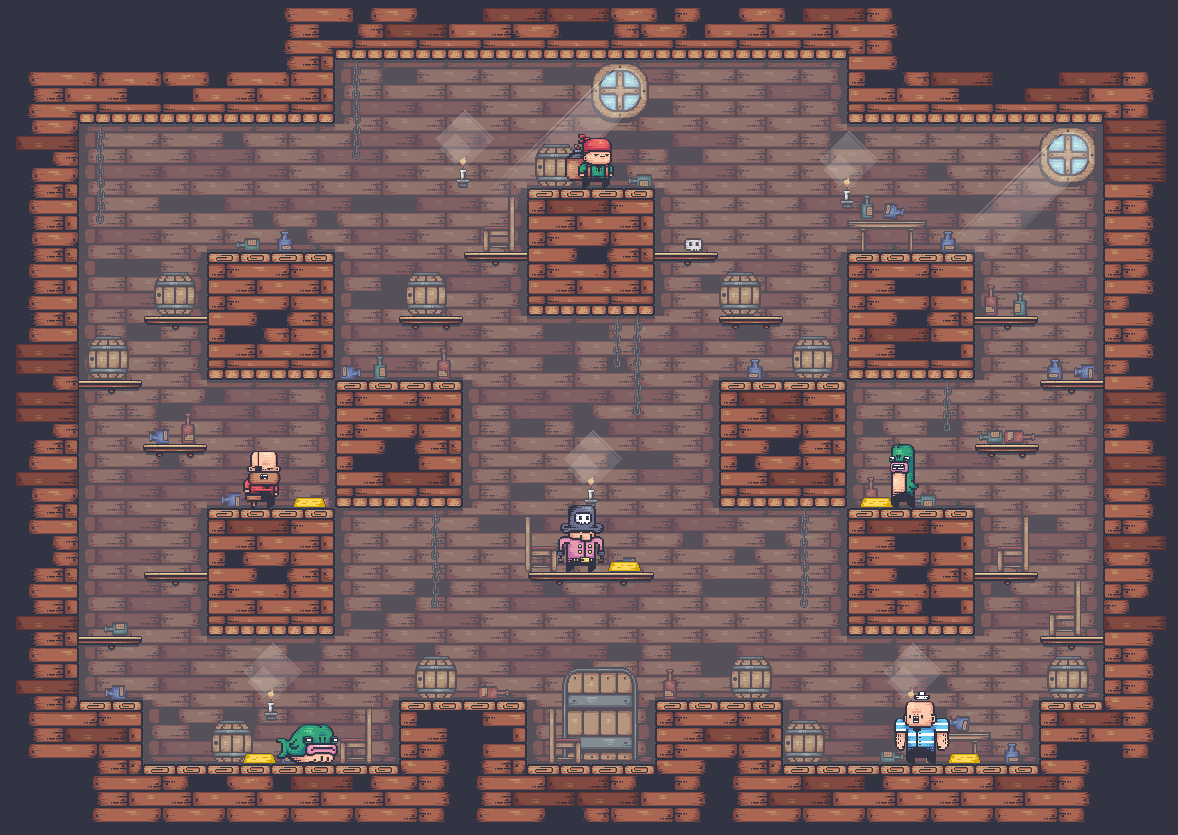 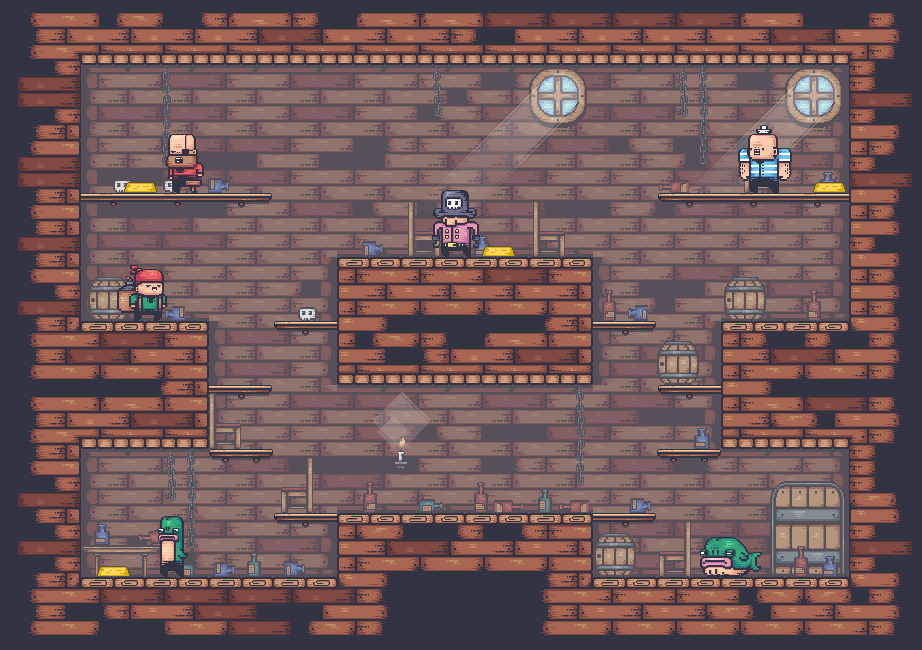 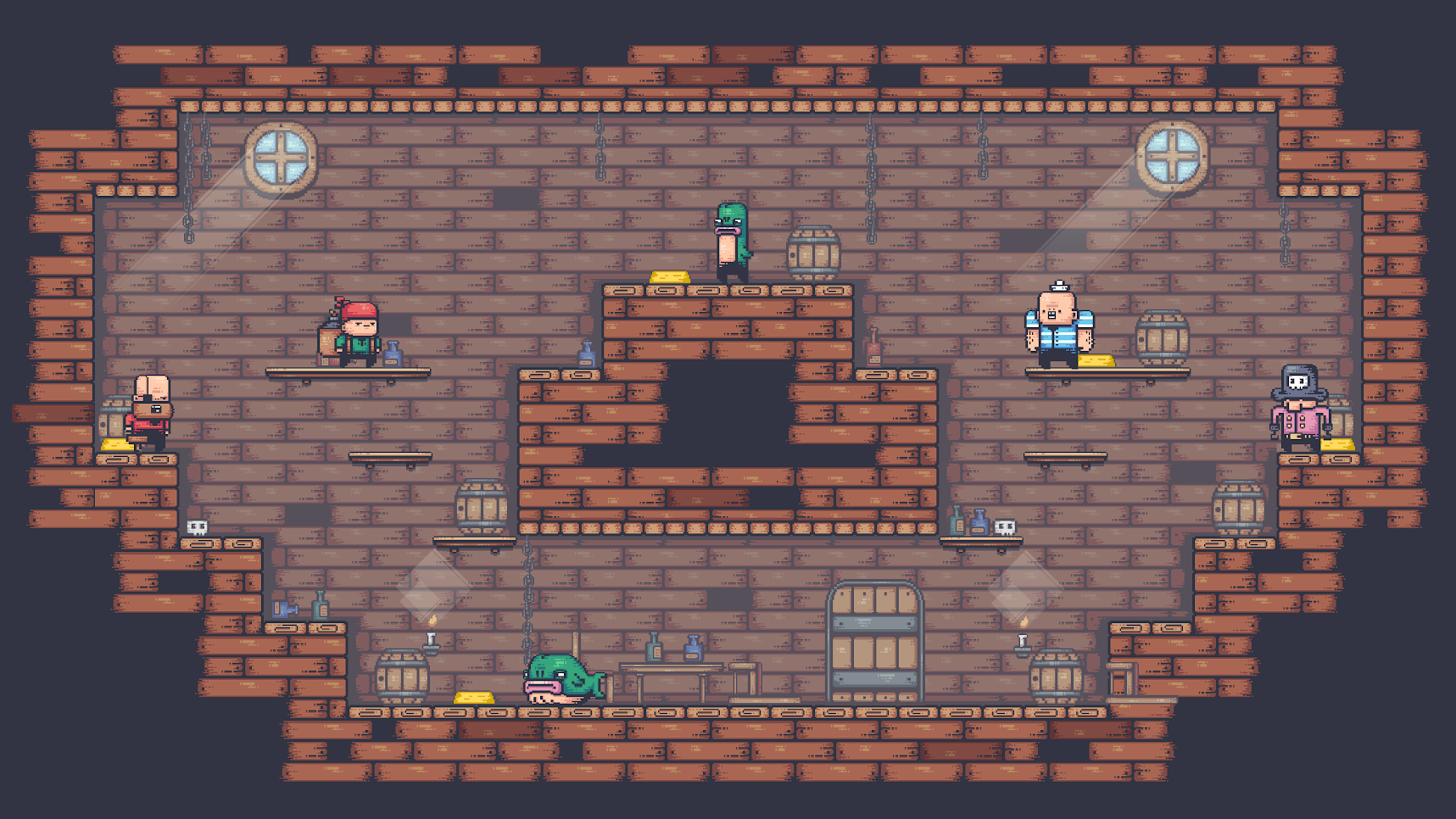 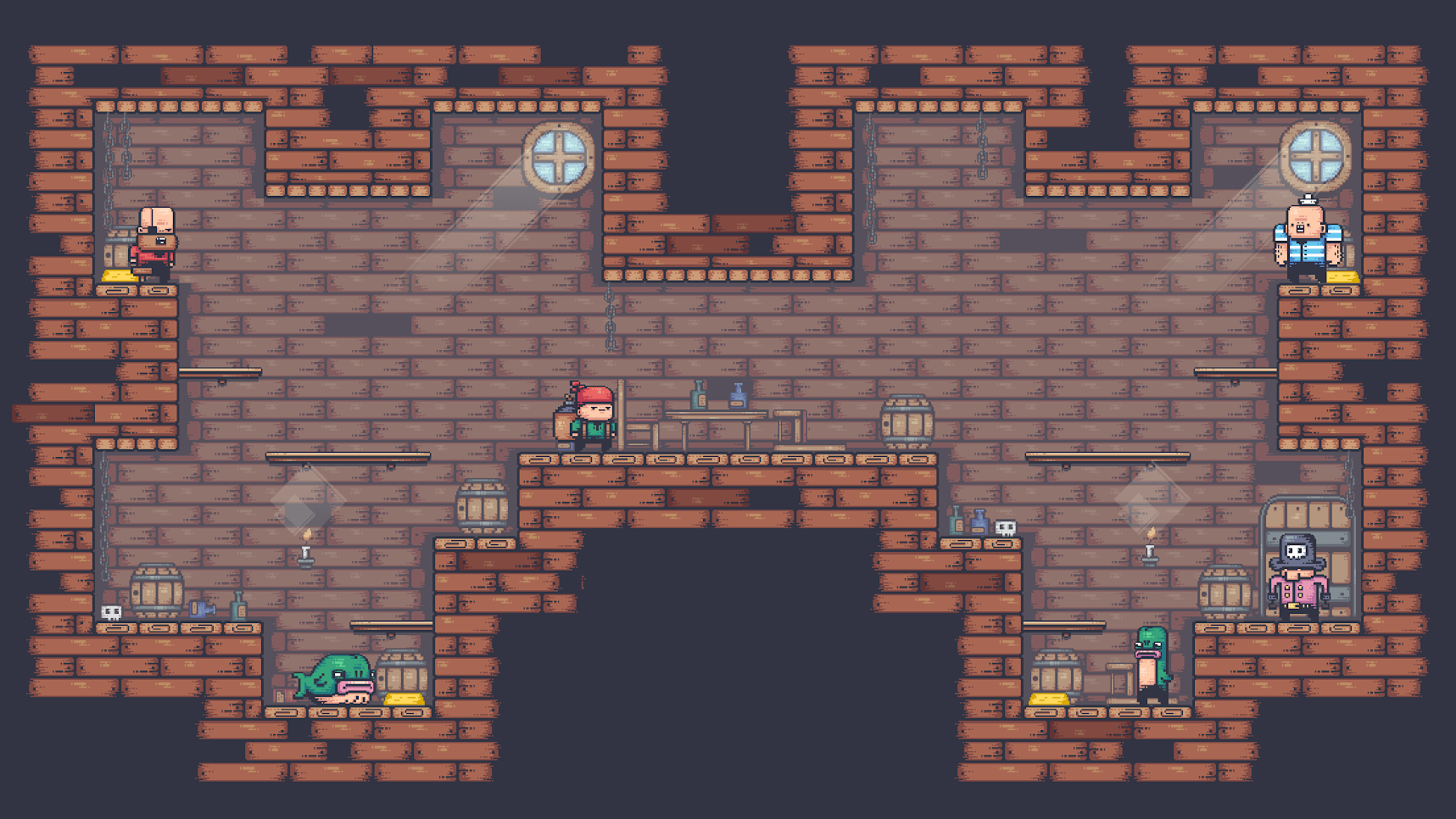 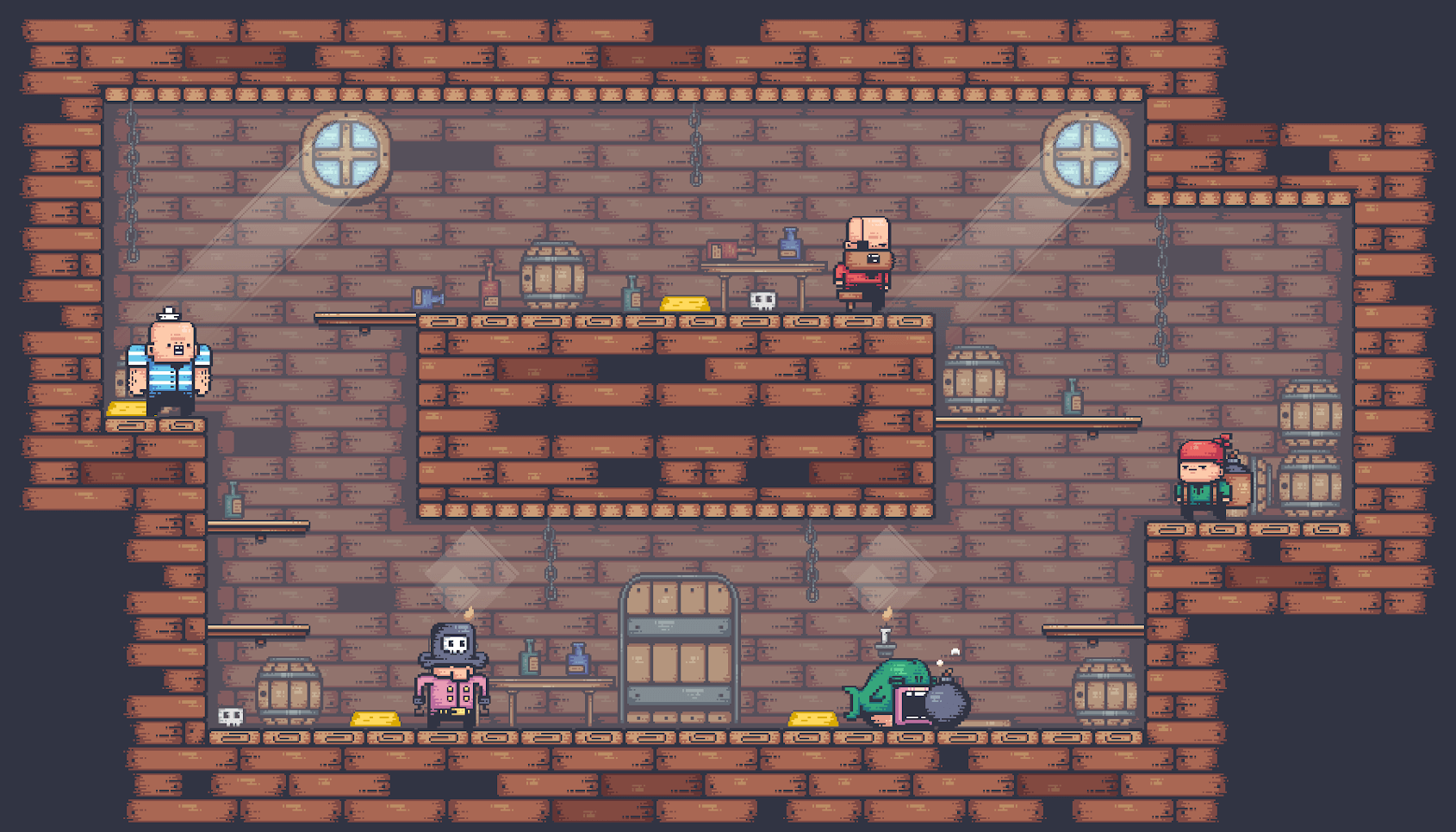 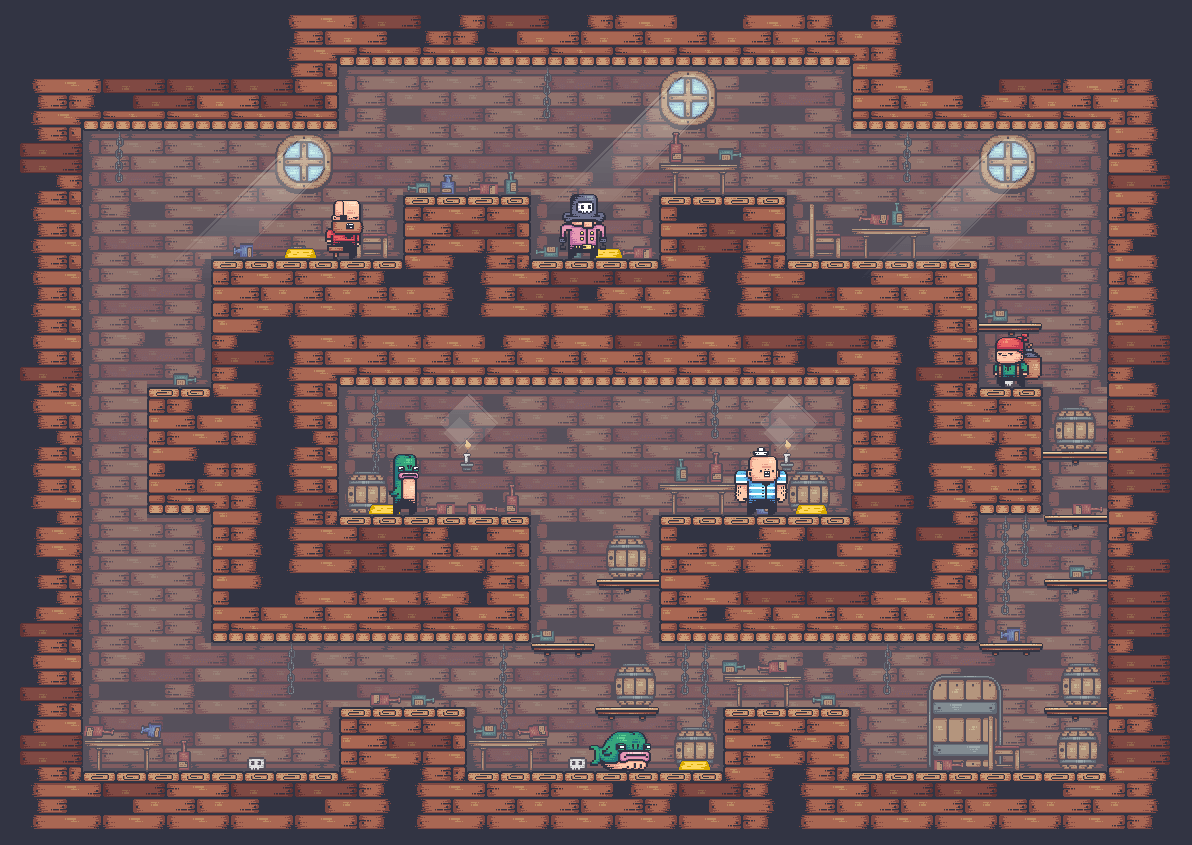 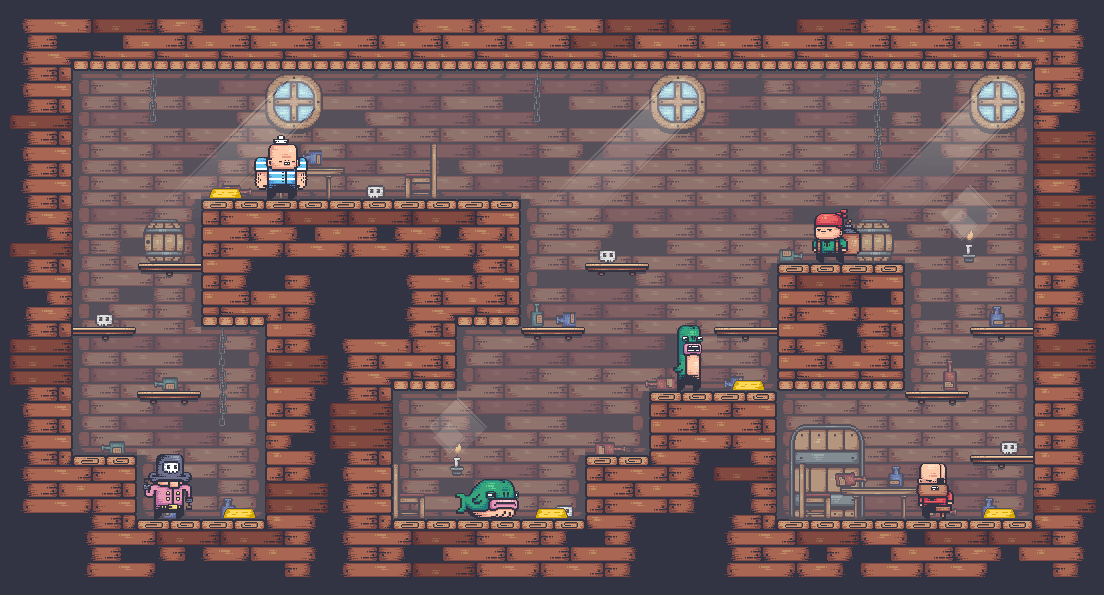