Android operating system is designed so that different parts of it can be easily changed and personalized. The designers of this operating system created it based on the Linux open source operating system, and this is why Android is also an open source operating system. The open source nature of this operating system has made it easy for developers to create their own applications and modify different parts of the Android operating system. Various tools have been developed to personalize this operating system, with which you can change different parts of the user interface to your liking. Of all the tools available, the only ones are engine themes that can seamlessly modify and transform the Android user interface. One of the most popular and widely used engine themes is Substratum, developed by some Cyanogen custom ROM developers. This engine engine enables the user to use different themes on their phone and change its user interface in different ways. So far, we have provided various themes for this engine theme in Usroid. Today we are at your service with one of the most beautiful and popular themes available.PitchBlack S – Samsung Substratum Theme Oreo/OneUIThe title is a beautiful theme for the Substratum engine theme, for the Android operating system, developed by altankrk and published for $ 2.99 on Google Play. This theme is only made for Samsung Oreo and Pie (One Ui) devices and cannot be used on other devices. To design this theme, a minimalist style and a vibrant combination of colors have been used, which brings the art of materialism to the phone’s user interface. Theme design style falls into the category of dark themes and is suitable for use in environments with a dark user interface. Devices with OLED screens will use less battery power with this theme. More than 130 theme sets with 160 high quality dark covers are embedded in this program. There are several options for changing and personalizing different parts of the theme so that the user can adjust and change the user interface of his phone as he likes.

PitchBlack S application – Samsung Substratum Theme Oreo / OneUI is one of the most beautiful themes for the Android operating system, which has received a score of 4.0 out of 5.0 from Google Play users with the satisfaction of Android users . Now you can download the purchased version of this program with all the features and capabilities from Usroid for free. 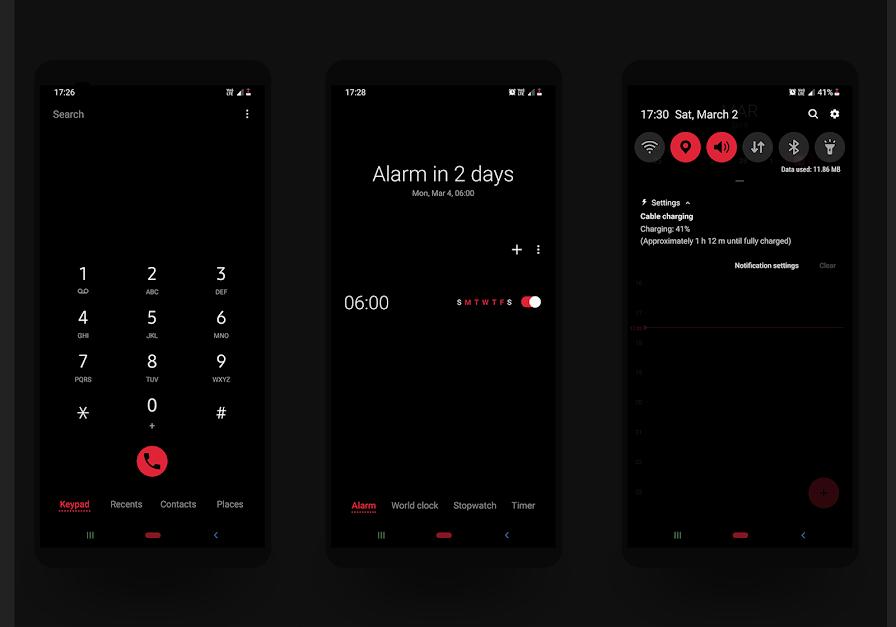 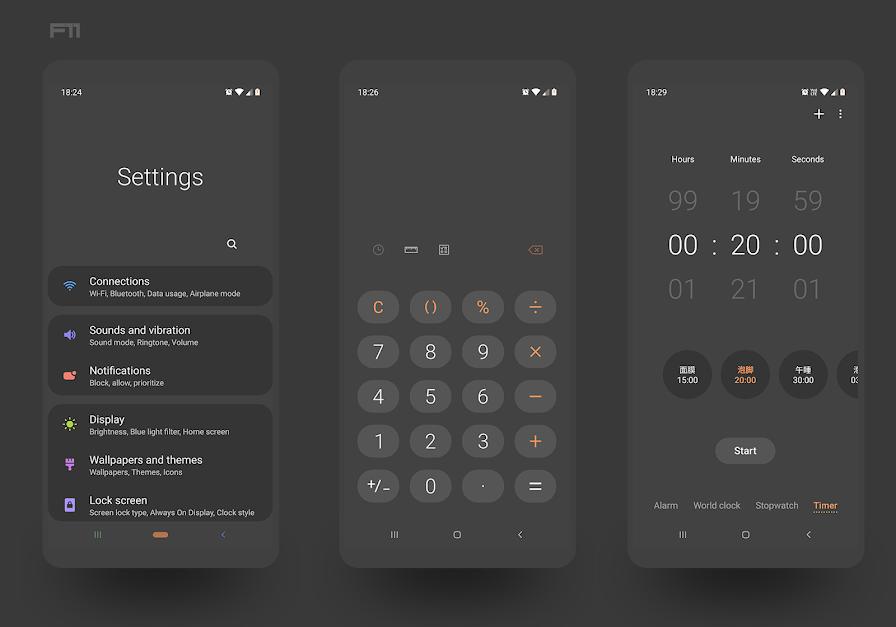 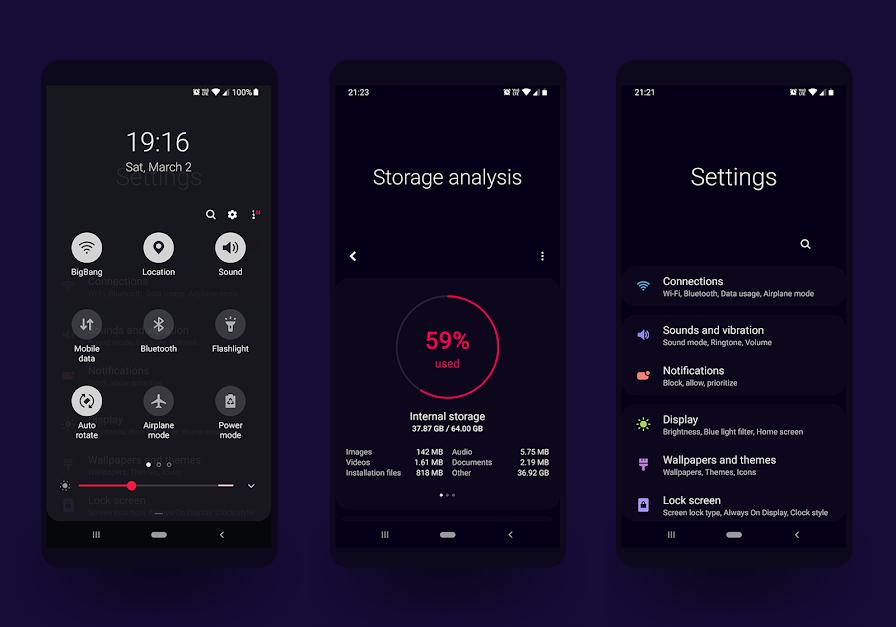 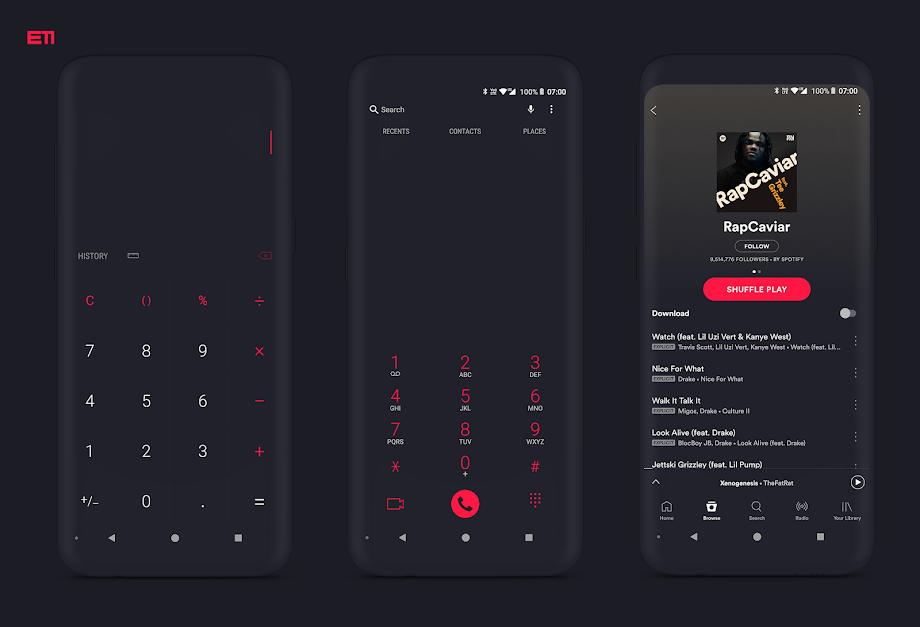 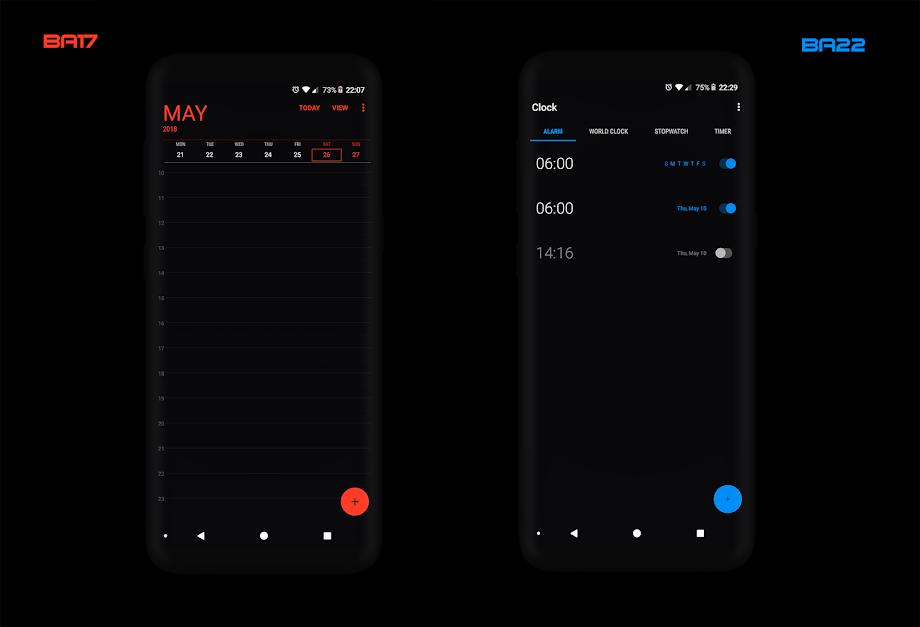 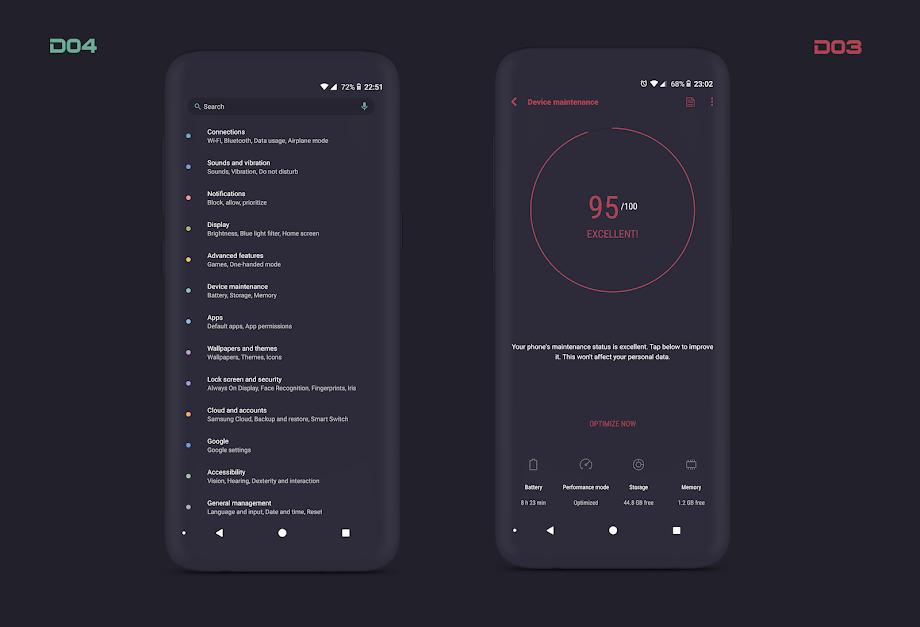 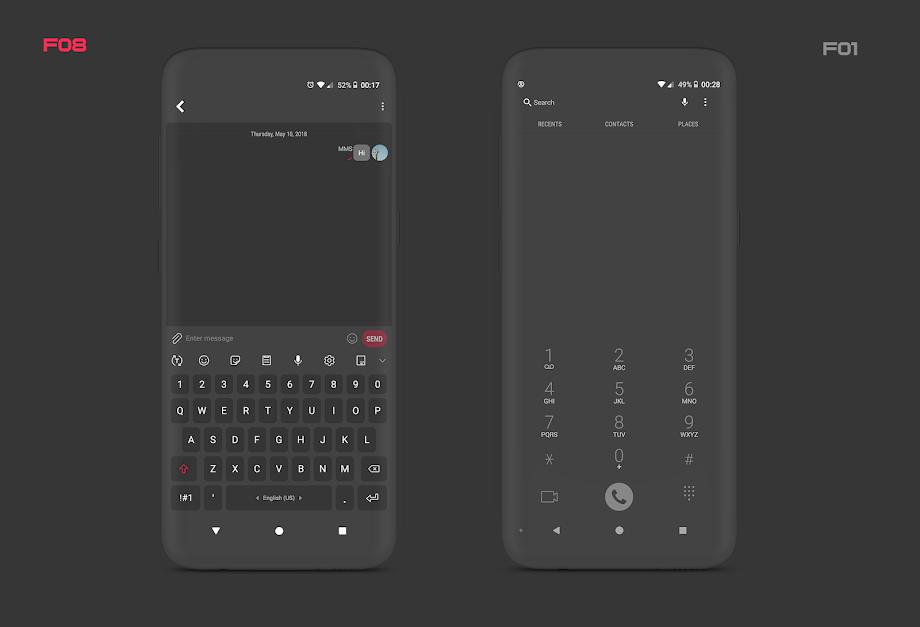 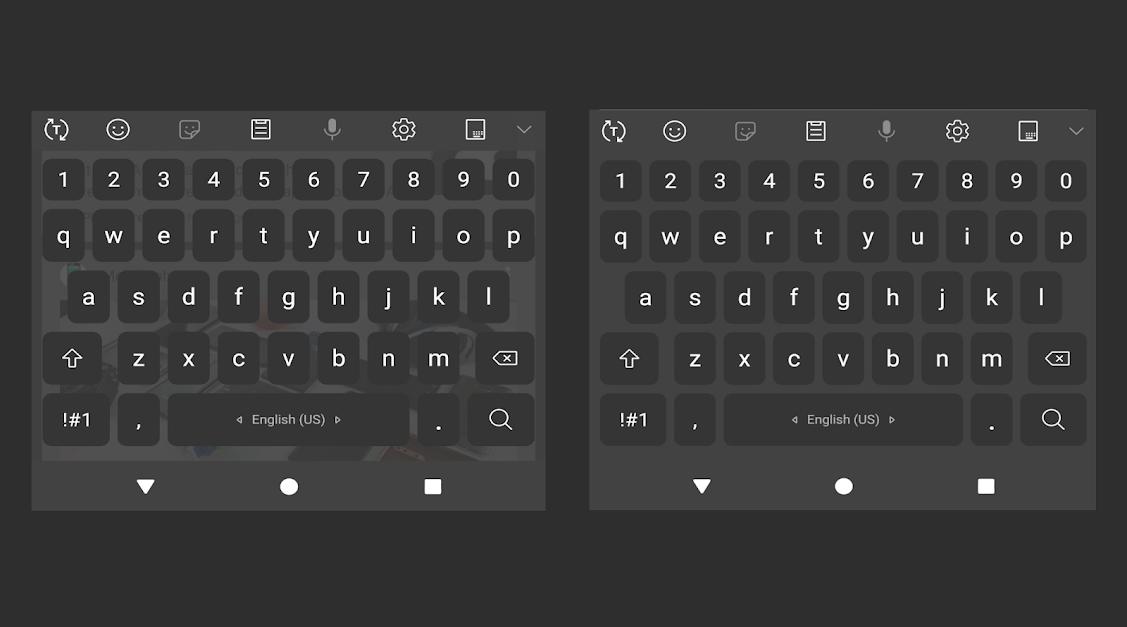 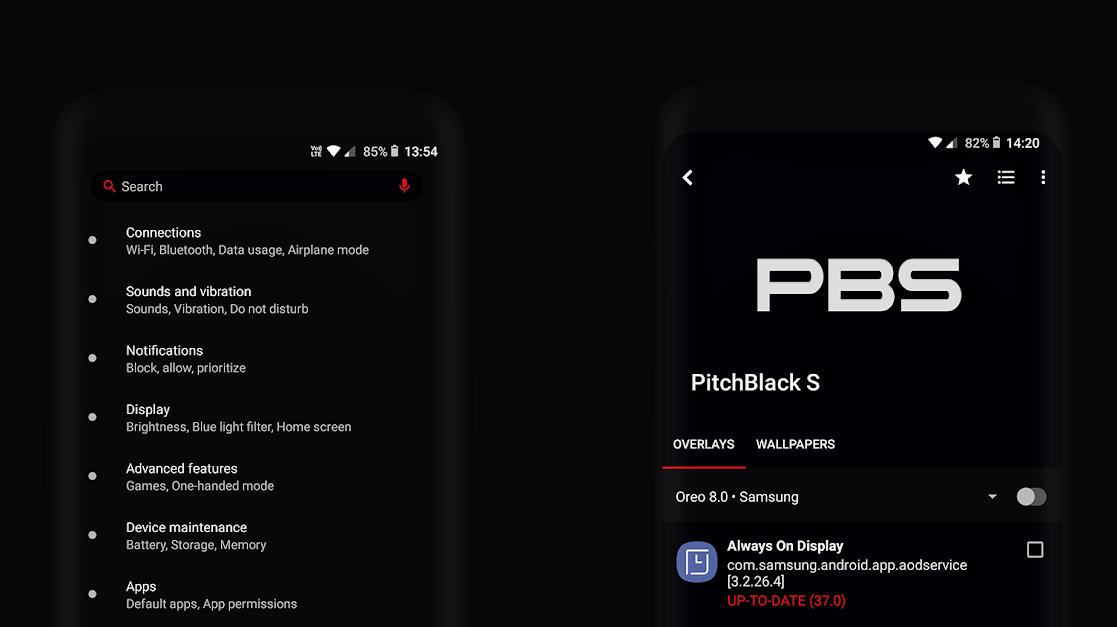 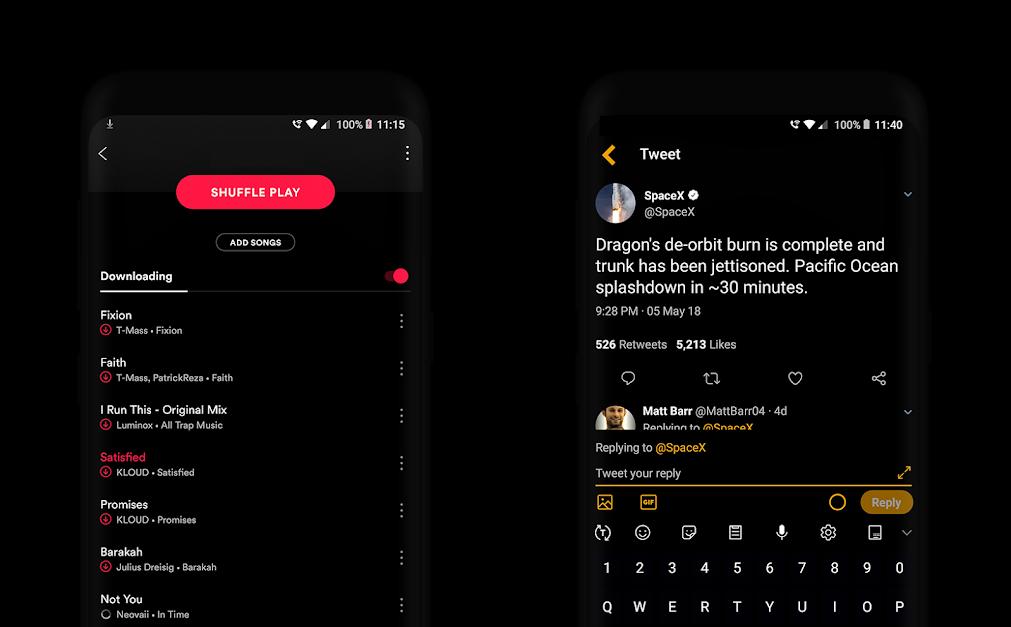 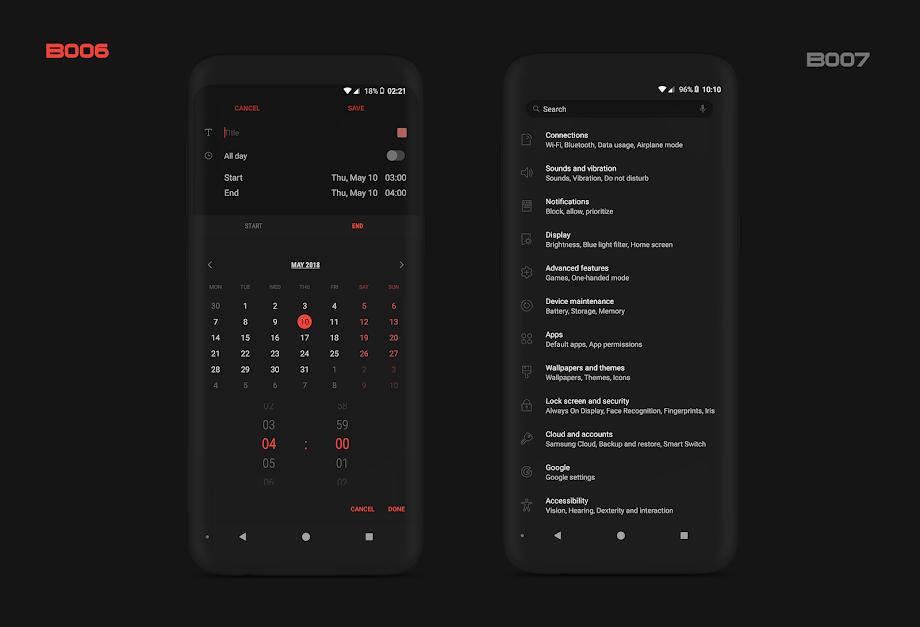 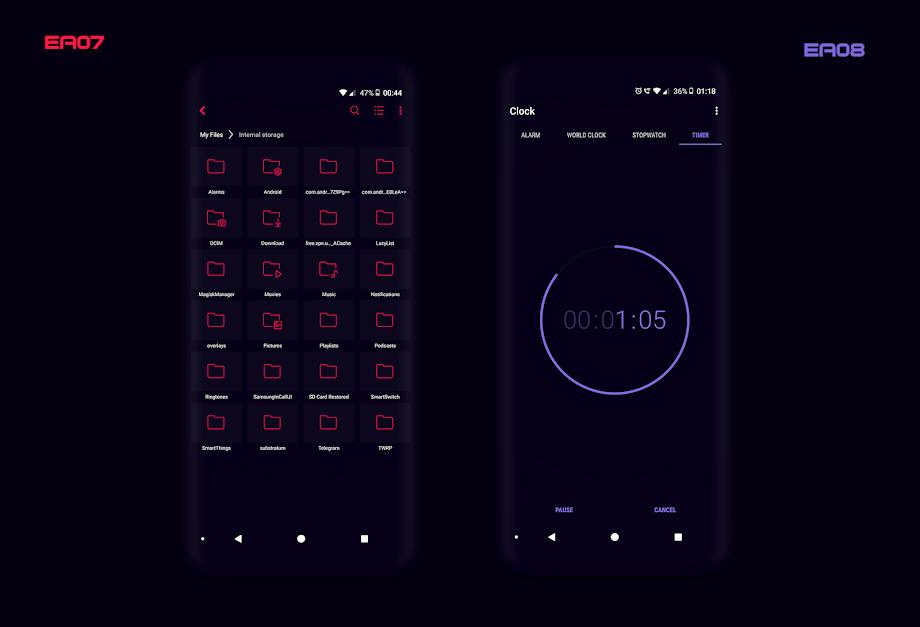 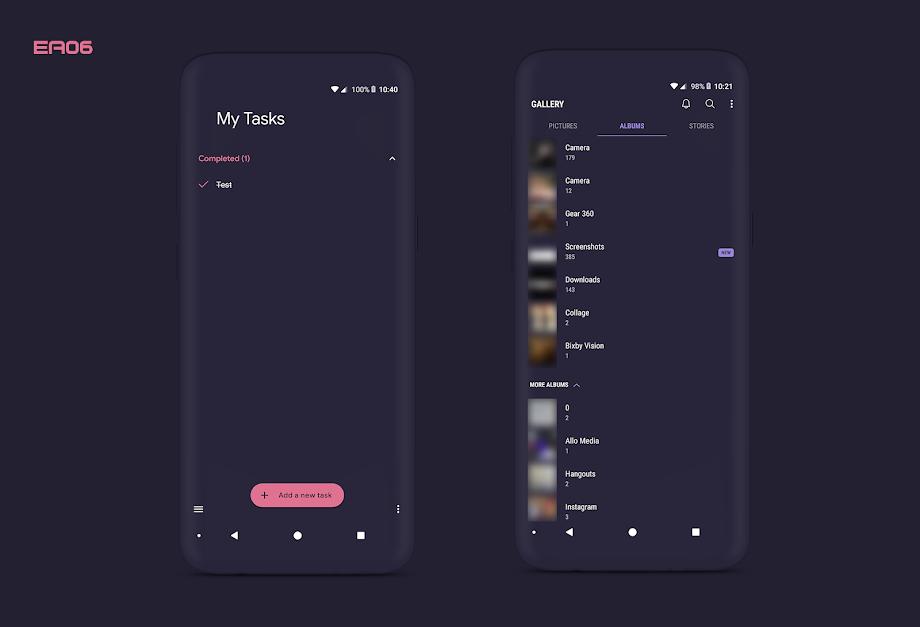