Pixzilla – King of monsters – Pixzilla – King of monsters is an arcade game by Twisted Fingers for $ 0.99 Released for Android devices. If you are a fan and admirer of classic and nostalgic games and you love to sit on a leg and play nerve-wracking stages like the old ones, but try the lovely one over and over again and lose until you can finally complete a stage. Leave it behind Pixzilla – King of monsters can be exactly what you want! The childhood of many gamers these days is tied to pixel games, and a true gamer knows that pixel graphics are not a reason for a game to be simple. This game, despite its pixel graphics, is very challenging and can become a non-stop entertainment. The city being attacked, a giant robot, fire trucks, tanks, helicopters, fighter jets, police cars, aliens, flying monkeys, Transformers, a huge arm, a crazy professor, and حساب looks like an account Do your homework.

In the game Pixzilla – King of monstersYou control Pixiela, a giant robot built by a mad professor to save Techno City by completing its missions. In terms of gameplay, this game has a stage structure and is a side scroller. Entering the first stage of the game, you will see a cut scene, which is a conversation between a crazy professor and Pixzilla, and helps you to learn the functions of the game and learn how to perform your missions. Missions are varied at each stage, and can include jumping over a certain number of buildings, destroying a number of police cars, and more. To complete missions, Pixiela automatically moves forward and enemies come towards her. The controls are very simple and only involve tapping your device screen. If you hit the left side, you can jump and land on buildings and cars, and if you hit the right side, you can shoot at enemies. Along the way and at each stage there will be a number of coins that you can collect to upgrade Pixiela and increase its power and increase your chances of success in the game. You can now get the final and purchased version of this game tested and completely free from the serversDownload Usroid and enjoy it! 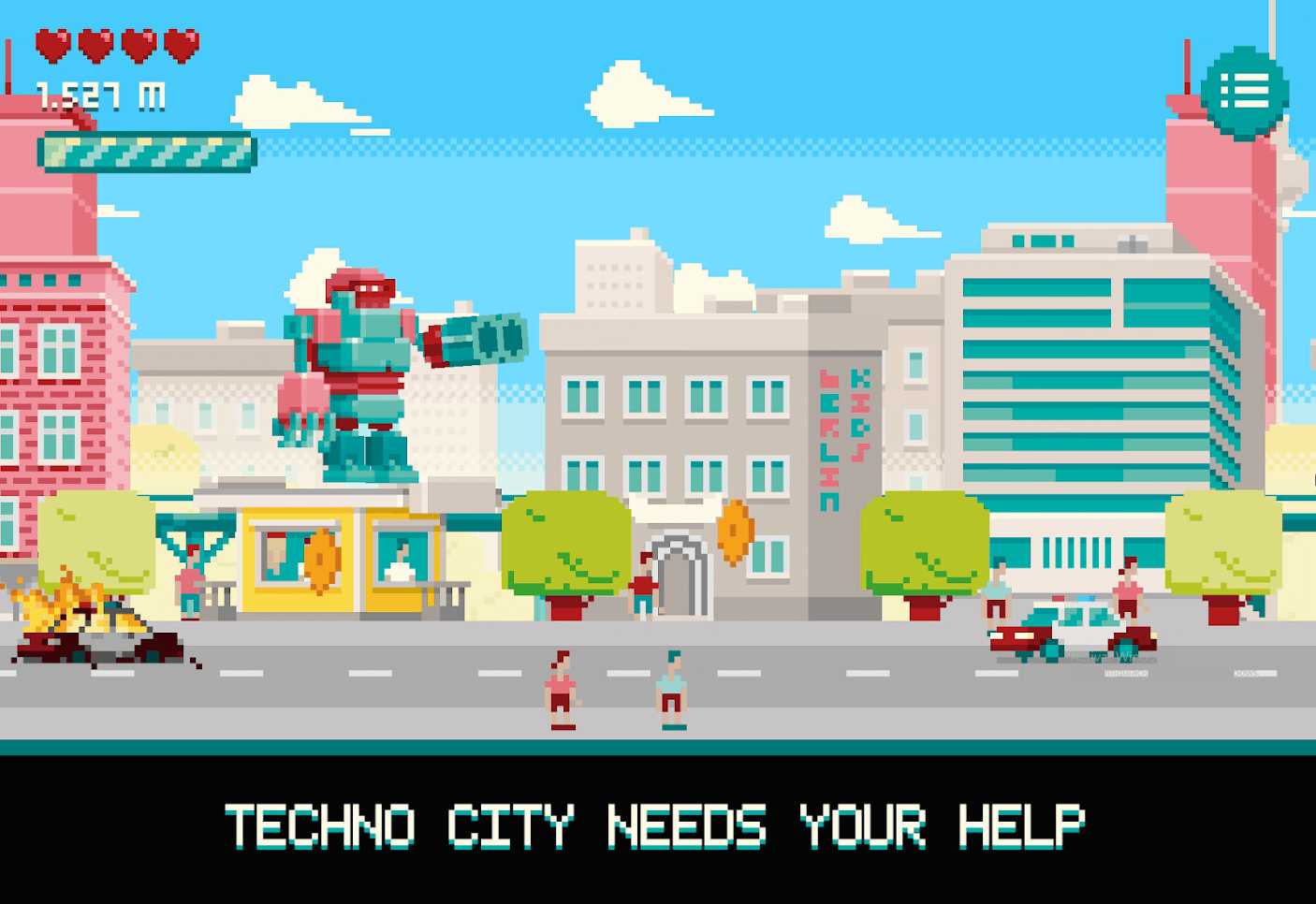 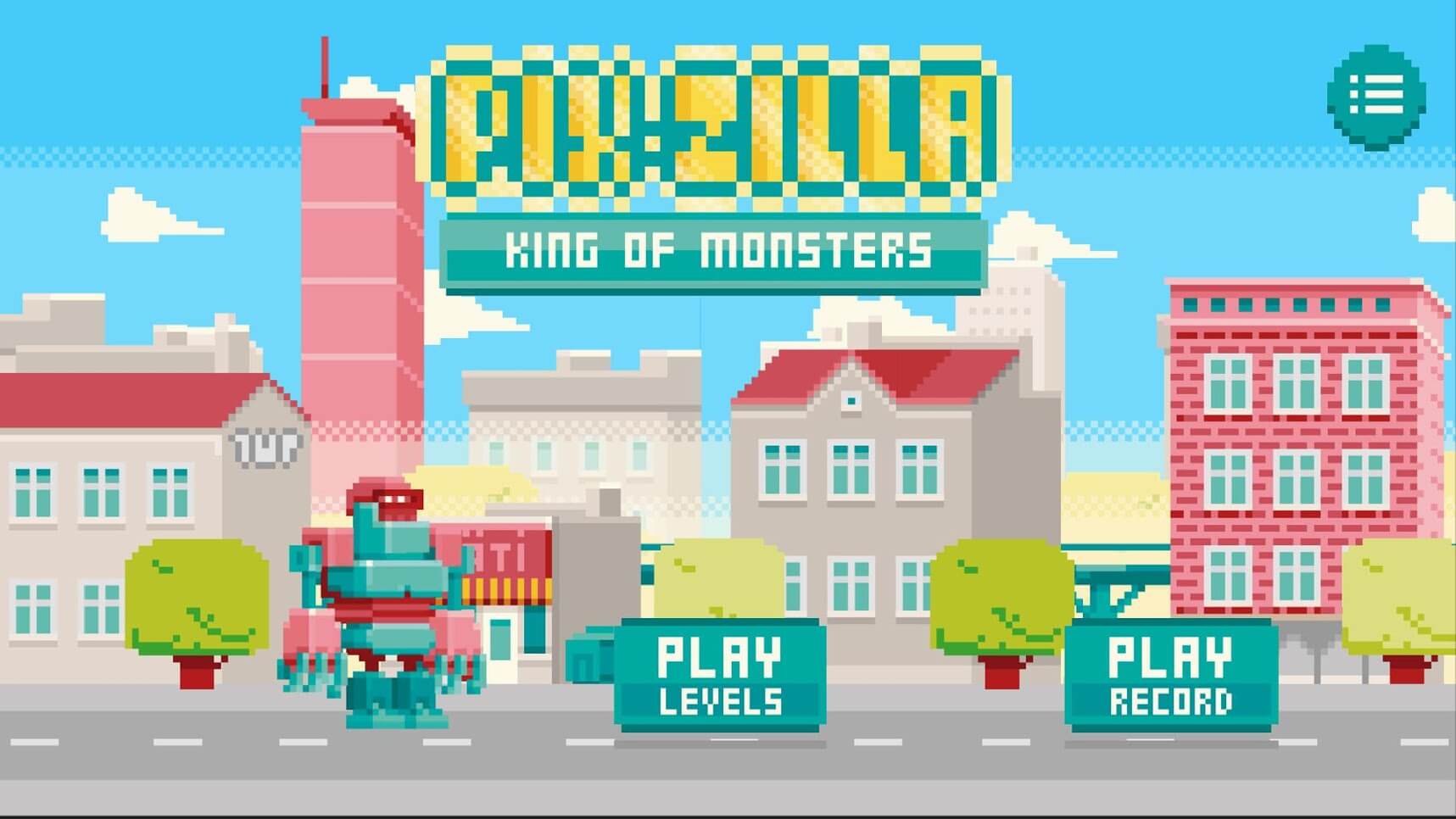 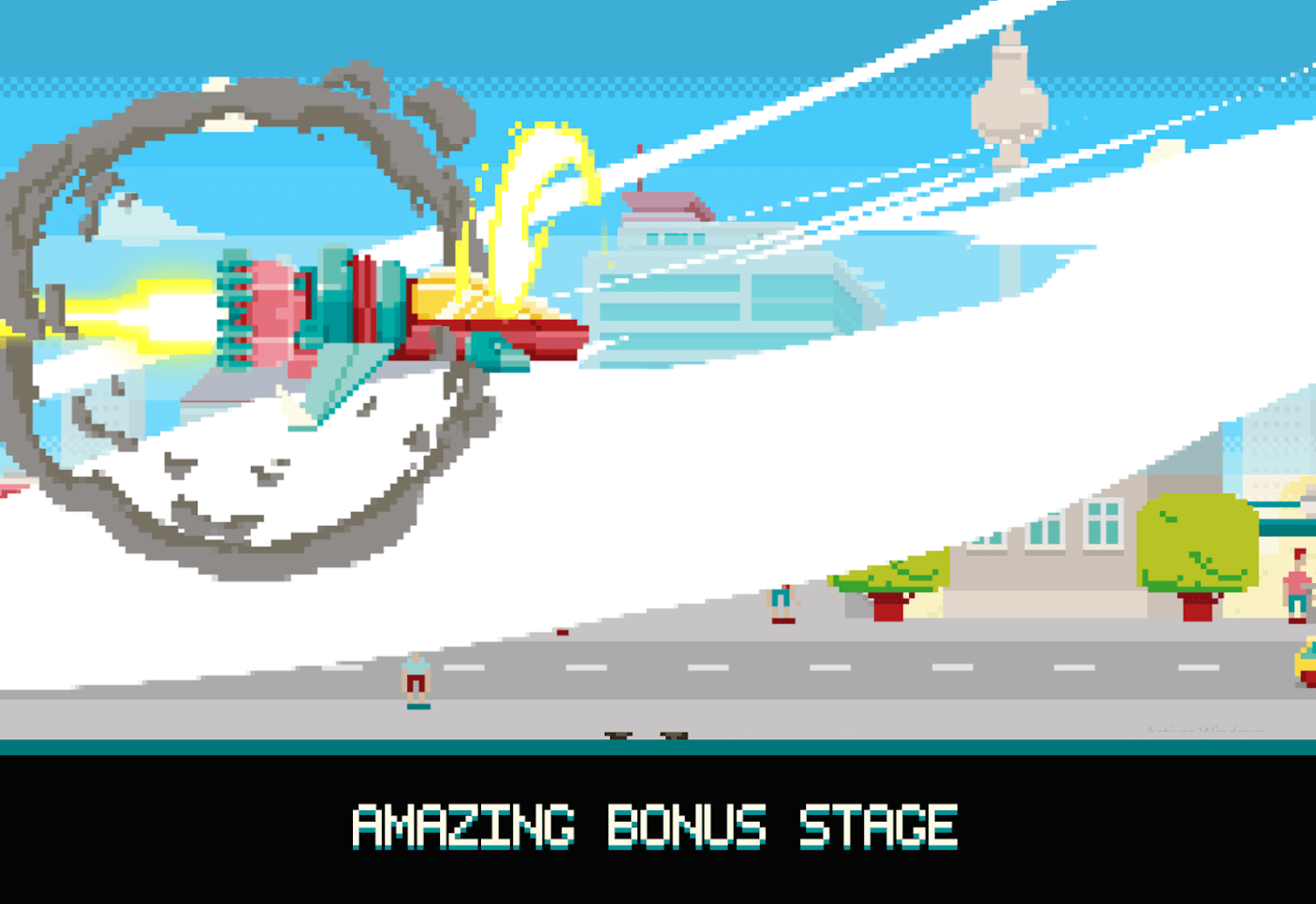 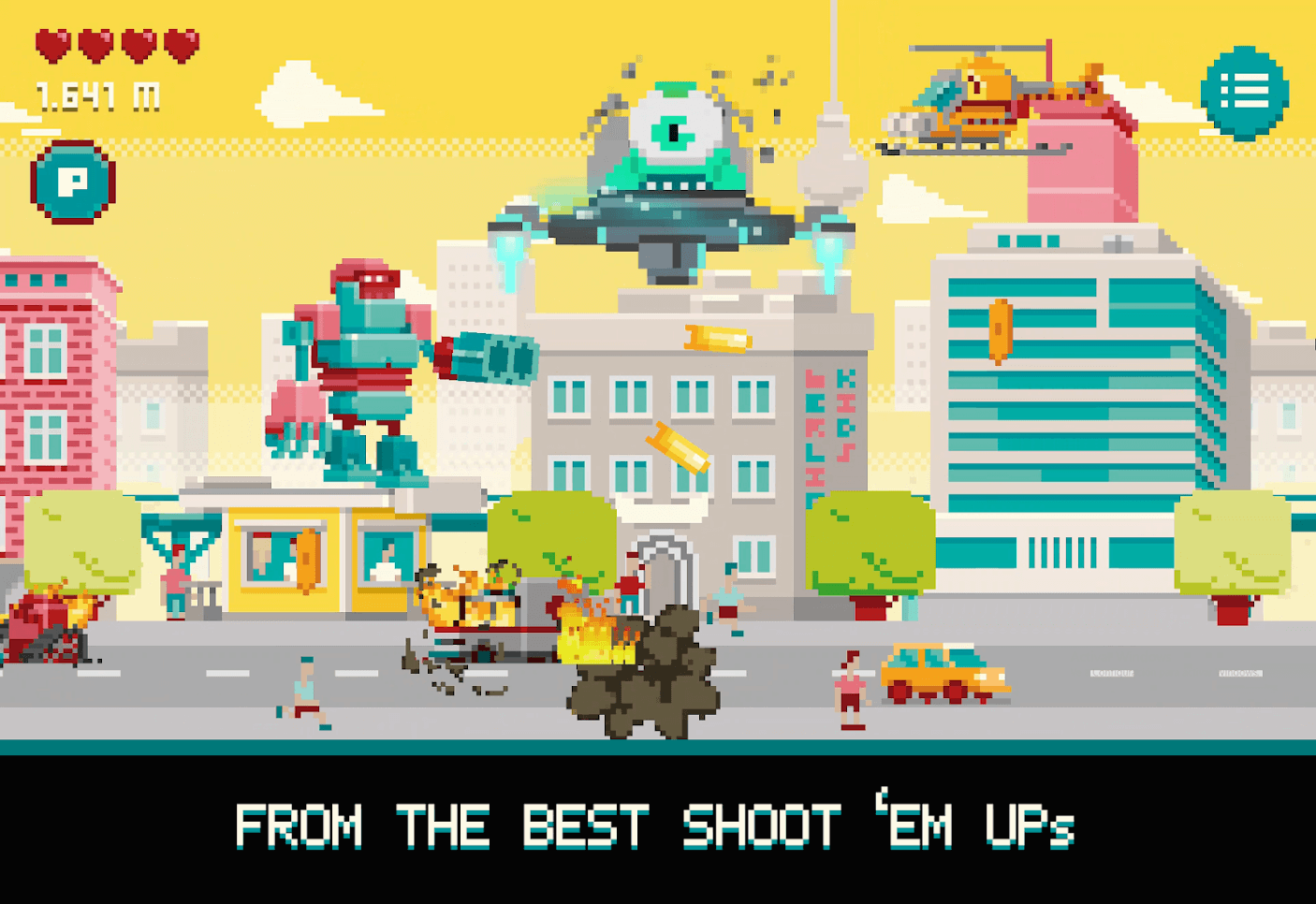 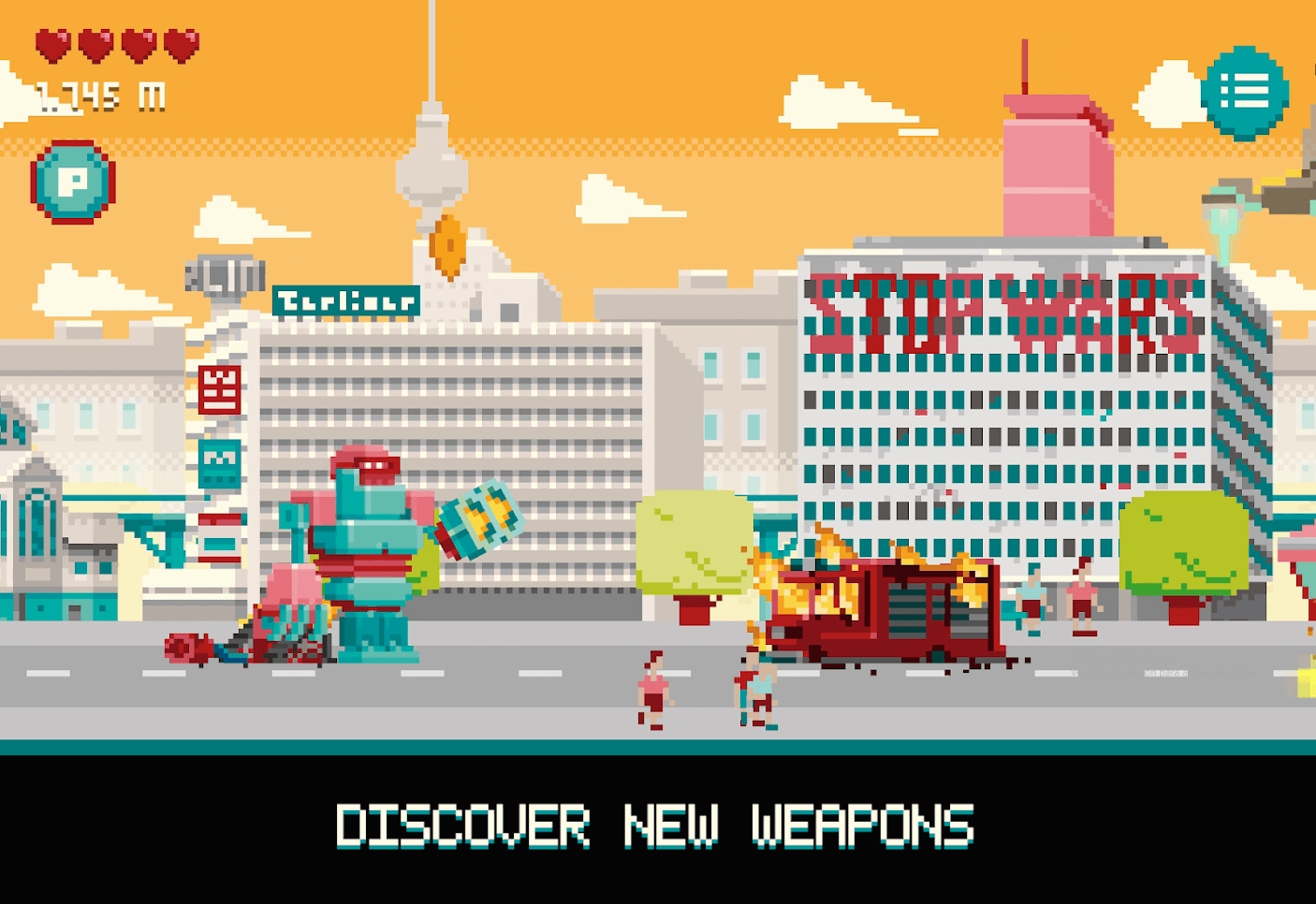 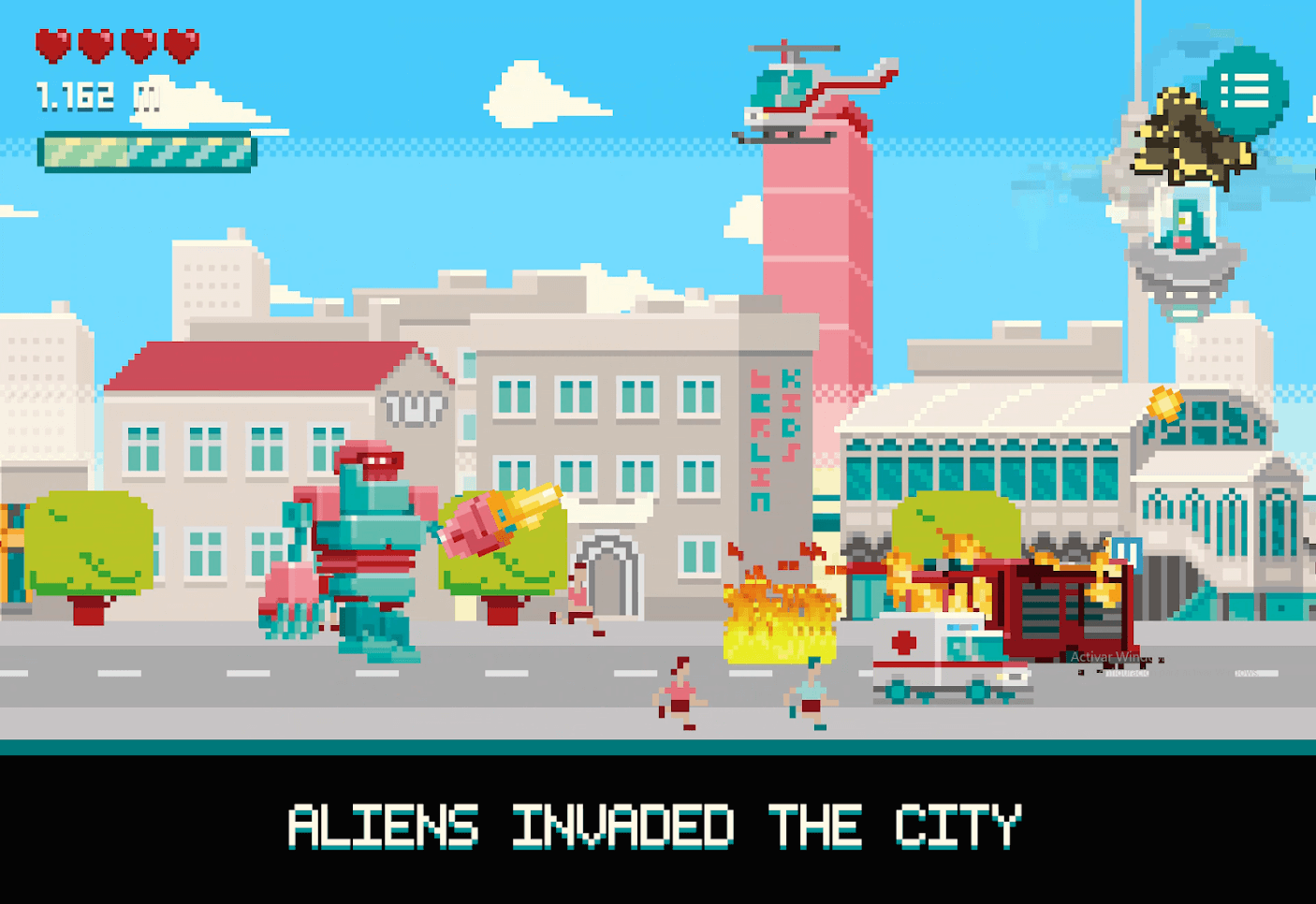 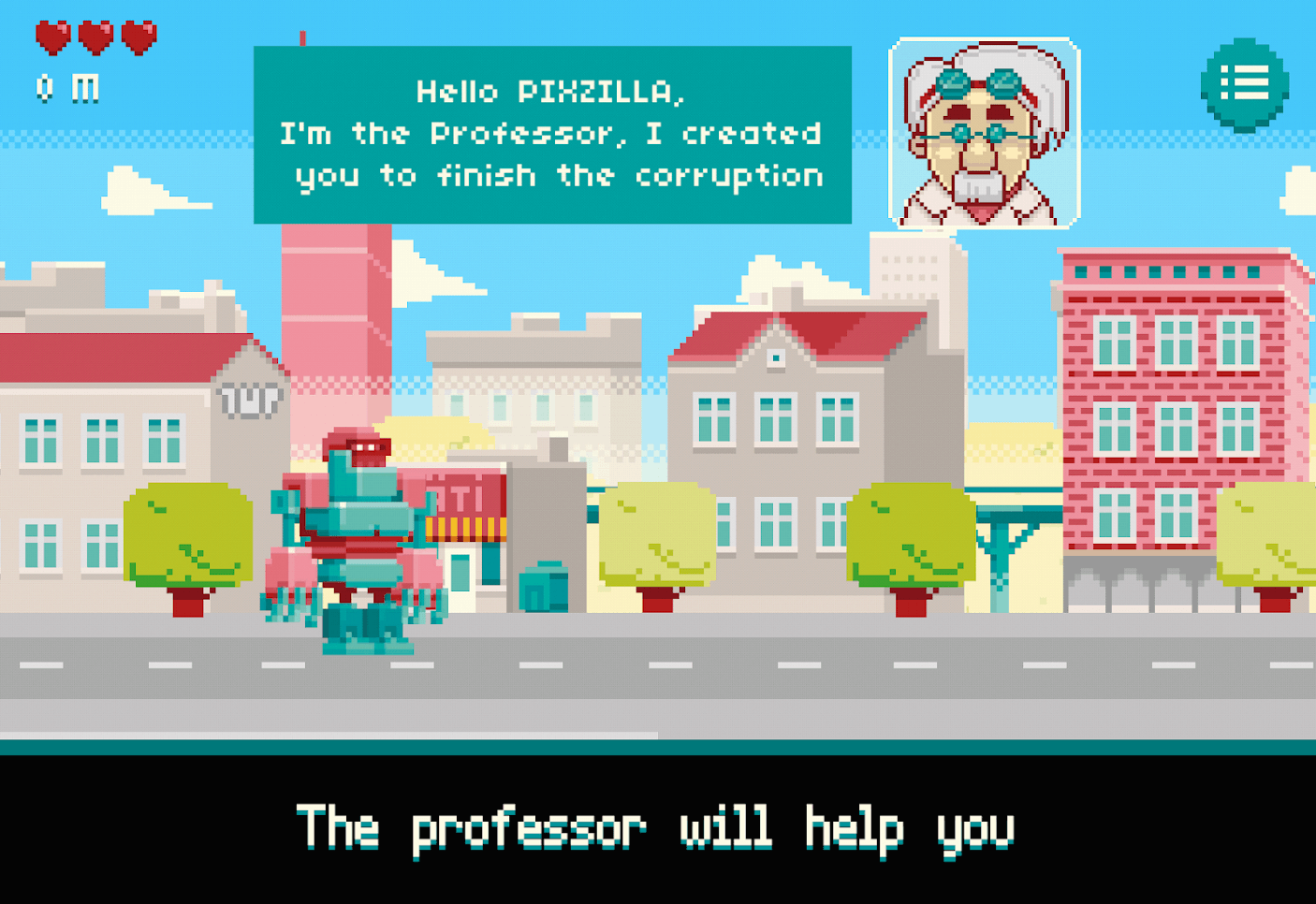 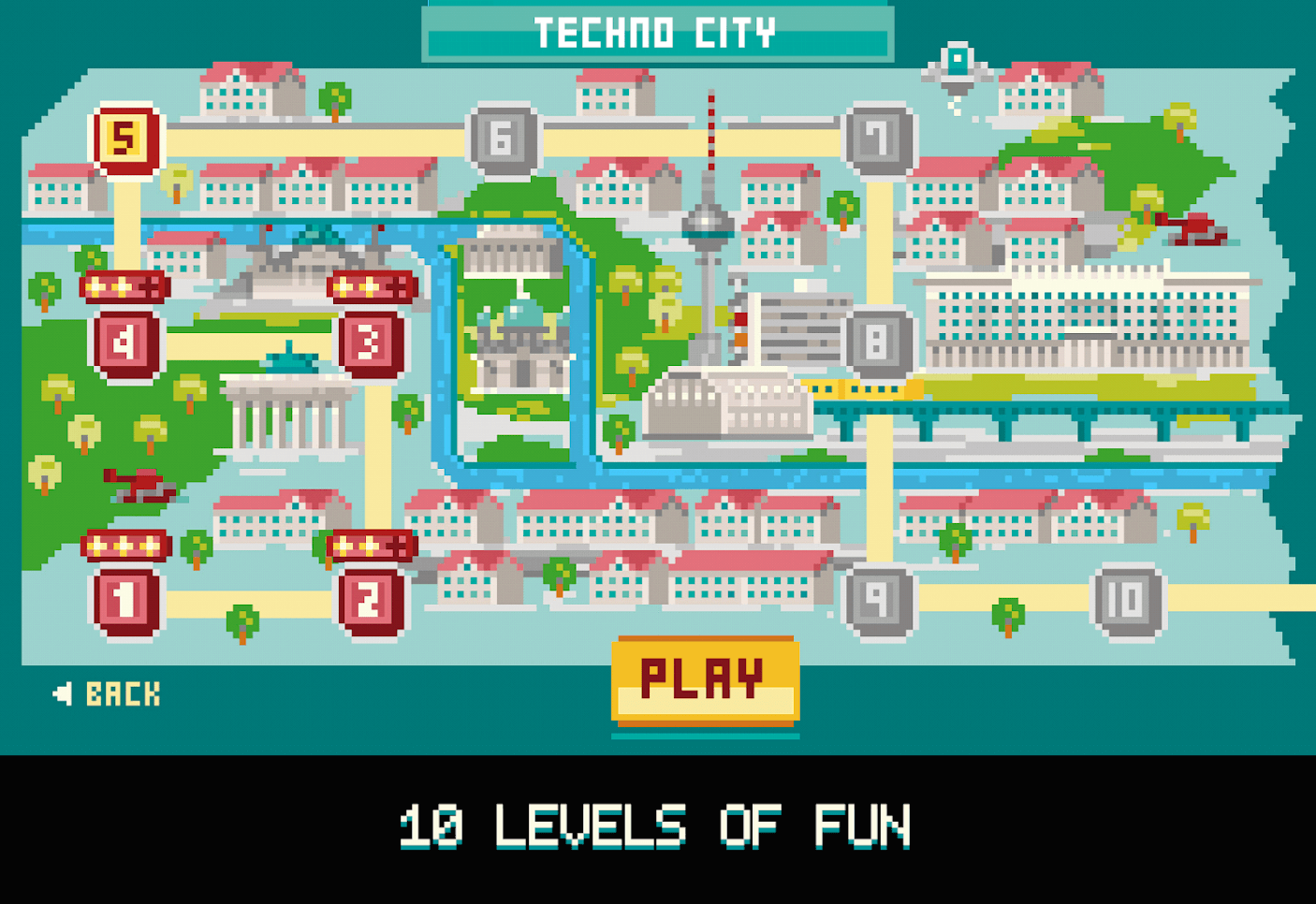