Pocket Troops v1.40.1 – super beautiful strategy game “Battle of miniature soldiers” Android Mobile Data
is a fantastic game Score 4.6 from 5.0 at Google and more than 5 million players worldwide
update to coincide with the release of June and for the first time on the web
offer Special to lovers of strategic games


Pocket Troops – Features can be one of the most famous, beautiful and fun gamesStrategies for Android is a game that Heyworks Inc. has released for free on the Play Store, and has been downloaded more than 1 million times by Android users around the world. Designed with powerful Unity engines, this game has a strategic and action style, in which you have to collect a squad of 6 soldiers from 6 different classes and send them to the battlefield. Each of these small soldiers has special skills, for example, one is a sniper and is excellent in remote combat and the other is an expert in using knives in hand-to-hand combat! Your goal in the online game is to control the squad in the fight against the opposing squad, so that you destroy each of the soldiers on the other side! By winning each fight, you will be awarded a Trophy, and by gaining experience and money, you will be able to equip your soldiers with more deadly weapons and more skills!Android You don’t want to miss Pocket Troops at all.

Some features of the strategic game Pocket Troops Android:

Game Pocket Troops are now in the Play Store has a rating of 4.6 out of 5.0 that we Usroid latest and last version it released the first of your friends have introduced strategic games! If you are a fan of strategy games, you will easily go back and make the great Pocket Troops gameplay and it is worth a try!

One: Pocket Troops online and offline; To run and play, the Internet is always needed.
Two: Pocket Troops is not hacked and does not have a mod version.
Three: Always download the latest version of the game from Usroid at the same time as it is released.

– Download the data file and decompress it. Com.Heyworks folder . Copy PocketTroopsVK to the Android / obb path of the internal memory. 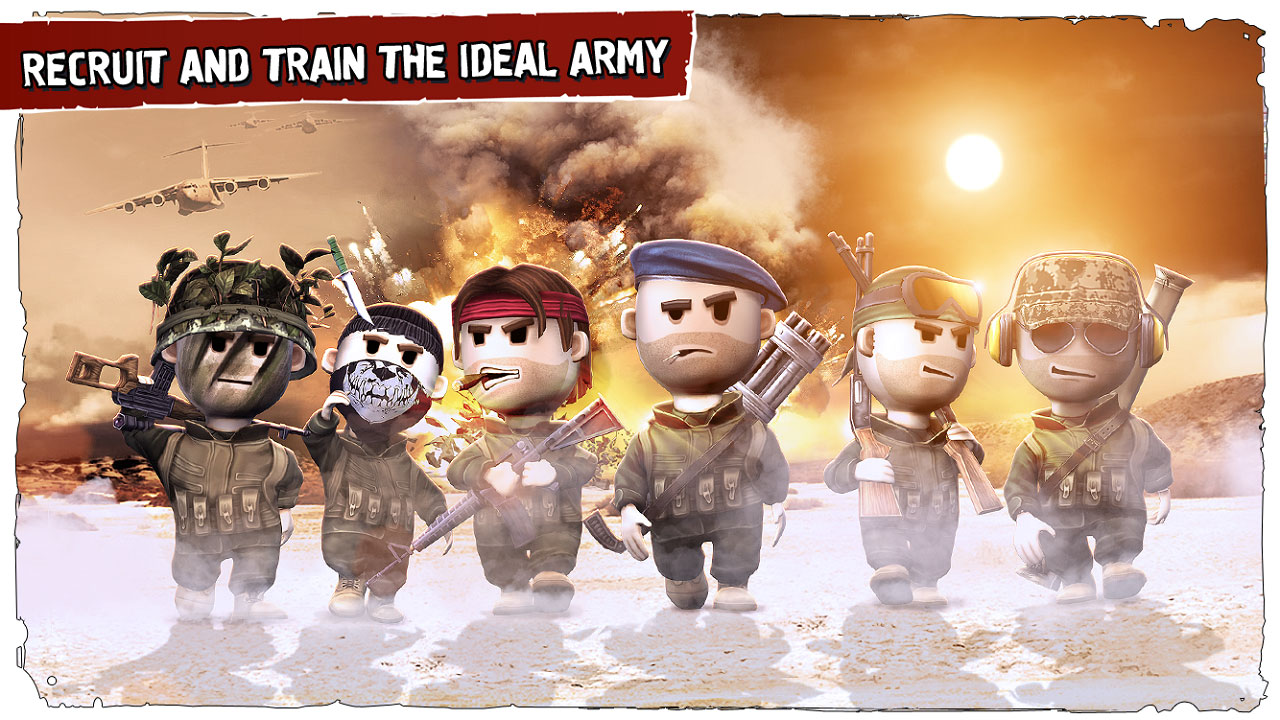