Of all the Android devices, there is no doubt that there is a separate app for using the camera flash, which can only be used to turn the flash on and off; In the meantime, various programs have been published so far, each of which provides users with more features when using Flash. Application Power Light – Flashlight LED powerful program for converting devices Android It is a professional and high-capacity flashlight produced and published by LIONMOBI. Using its capabilities, this application eliminates the need for any other program and provides you with attractive features. Powerlight uses two different modes to turn the smartphone into a flashlight; The first mode is to use the camera flash, but the second mode is used for users whose smart device does not have a flash and turns the screen into a light source. If you are in a stadium or in an exciting place, adjust the frequency to your liking and make the most of the flashing mode. In addition, like some Samsung devices, you will be able to use Flash as a powerful reminder when receiving or forgetting calls.

Some features and capabilities of Android Power Light – Flashlight LED:

The Power Light – Flashlight LED app has received 4.4 out of 5.0 points with more than 5 million downloads so far . It is better to know that this software is offered for free, but it has many advertisements and restrictions, and these restrictions and advertisements have been removed by the Usroid team , and you will be able to use the application without any problems. 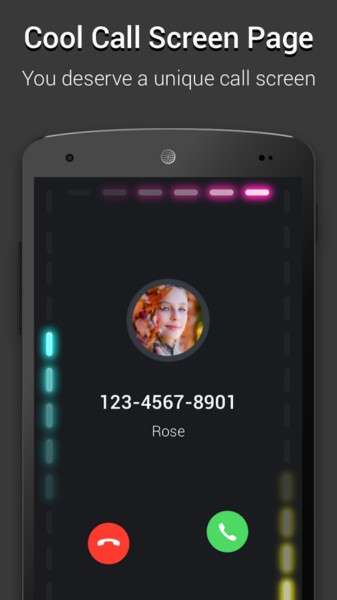 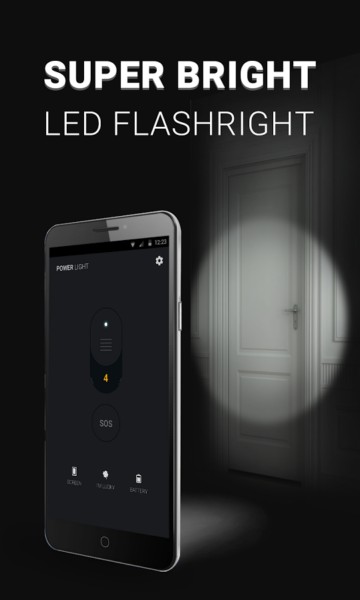 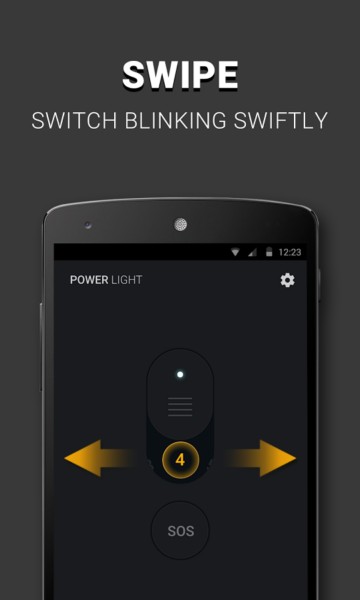 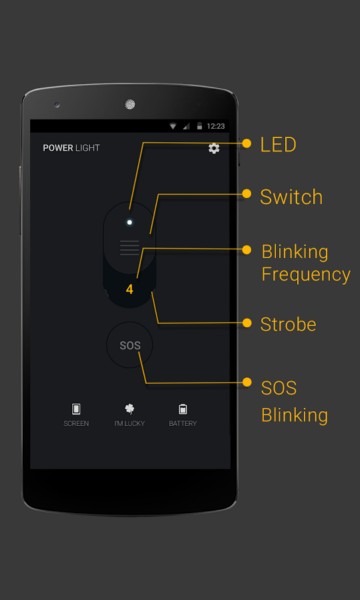