Power Sharing v1.4.4 – Charge the phone with another phone,
the original version, complete without program ads

Since the advent of mobile phones, the biggest problem users have with these devices has been their low battery life. During the more than two decades that mobile phones have been in the public domain, there have been extensive advances in battery production. The batteries of today’s phones are much larger and with more capacity than the batteries of classic and old phones. But still, users are not satisfied with the lack of charge of these devices. Because as the battery of these devices increases, their hardware and software capabilities have also increased, and this has caused more battery consumption and thus the problem of remaining. There are various solutions such as dimming the screen, disconnecting the Internet, removing programs from RAM, and که that can significantly reduce battery consumption, but despite the numerous social networking applications, messaging and All kinds of interesting and addictive games, practically doing such things will be like not enjoying the phone. For this reason, many users use large power banks to solve the problem of low battery charge. Power banks are a great solution to this problem, but they may not be available everywhere. Because they have a relatively large size that makes them difficult to carry. These devices also need to be charged and this may make it unusable in some cases. Another solution is to use the charger available on other phones. Suppose your phone is off due to a low charge, but your friend’s phone is fully charged. You can use a cable to transfer some of the charge in your friend’s phone to your phone. To do this on Samsung phones you need a cable called the Power Sharing Cable EP-SG900 and a special program.Power Sharing is an application for transferring battery charge of Samsung Galaxy phones, specific to the Android operating system, developed by Samsung Electronics Co., Ltd. Developed and published for free on Google Play. With this program, you can manage the amount of charge transfer between phones. You can set the percentage of battery that you want to remain in the phone in the program so that when it reaches that level, the charge transfer operation will stop automatically.

Some features and capabilities of Android Power Sharing application :

The Power Sharing app is a great tool for those who are usually short of charge. With the satisfaction of Android users, this program has been able to receive a score of 3.7 out of 5.0 from Google Play users. Now you can download the original, full and without ads version of this program with all the features and capabilities from Usroid for free. 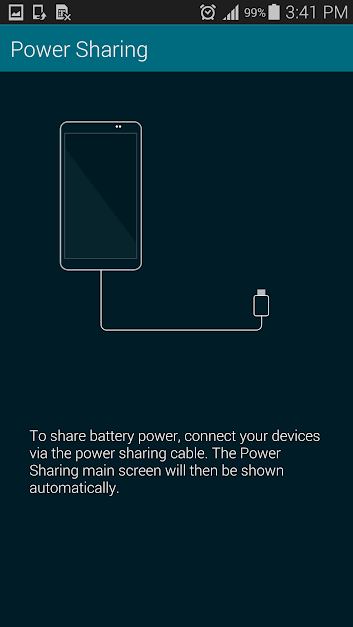 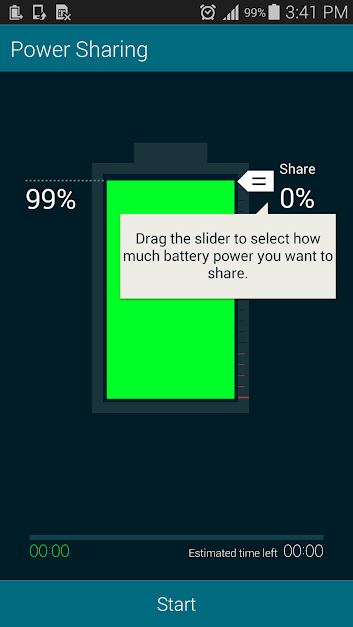 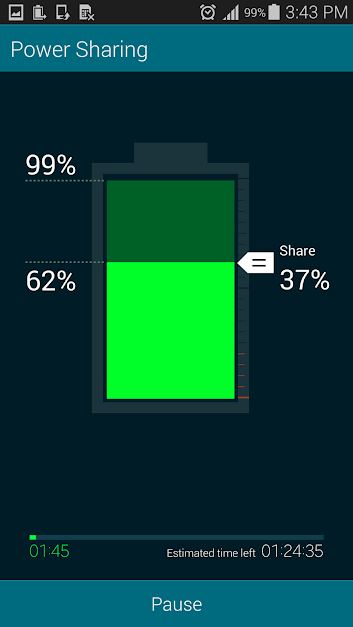 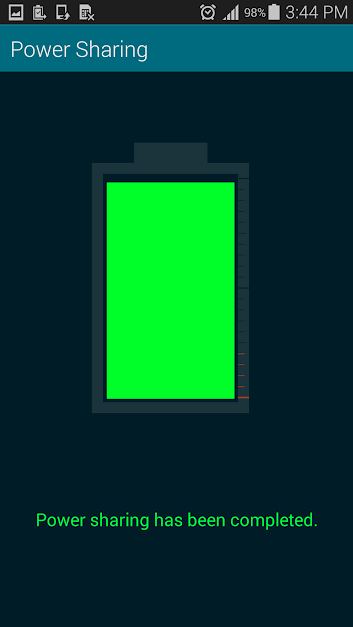