Pumped BMX 3 v1.0.4 – A very beautiful and exciting arcade game for Android 3 + trailer,
the purchased version is priced at $ 3.99, presented to you,
tested by offline execution of
Usroid special offer

Pumped BMX 3 – Cycling exciting 3 third title of the series Pumped BMX famous studio and creative Noodlecake Studios Inc maker of popular games such as Zombie Road Trip , Alto’s Adventure , FRAMED and The ExecutiveIs. Pumped BMX 3 follows the success of previous games in this series and is released for $ 3.99 for Android operating systems. This popular game is a great and very beautiful simulator of BMX cycling sport in which you are in the role of a skilled cyclist who has to cross various obstacles and earn points with beautiful and dramatic jumps. The Pumped BMX series of games are currently the number one popular games in this genre, and now we are witnessing the release of the third part of these games with interesting changes and optimizations. Pumped BMX 3 game has been released with more optimizations and more parts than the previous version. In this game there are more cyclists, better bikes and new stages and dramatic movements. In this game, there are many challenges for you. Excellent graphics and 3D designs of this game will delight you. But the turning point of Pumped BMX 3 is its unique and very fun style of gameplay. In this game, more than 20 different dramatic moves with more than 720 different challenges are waiting for you! The gameplay is very simple and far from complicated. But its challenging nature has turned this game from a simple to a professional and full-fledged game. In this game, even famous athletes such as Chase Hawk have been designed, and you can play them in the role of these skilled cyclists and use special movements specific to each work sport in order to earn points.

Pumped BMX 3 is one of the most unique games offered in the style of cycling. In this game, you can experience the wonderful thrill of cycling and performing dramatic and jumping movements well! The large number of stages and the existence of various challenges and locations during the game have made Pumped BMX 3 entertain you for a long time. This beautiful game could be purchased and downloaded more than 50,000 times on Google Play just a short time after its release. The game also has an excellent score of 4.7 out of 5.0 . If you are interested in sports games and show biking, do not procrastinate and download the paid and paid version of the game as a test from Usroid servers for free right now.

Important Note: Before running the game, the Internet should be completely disconnected! 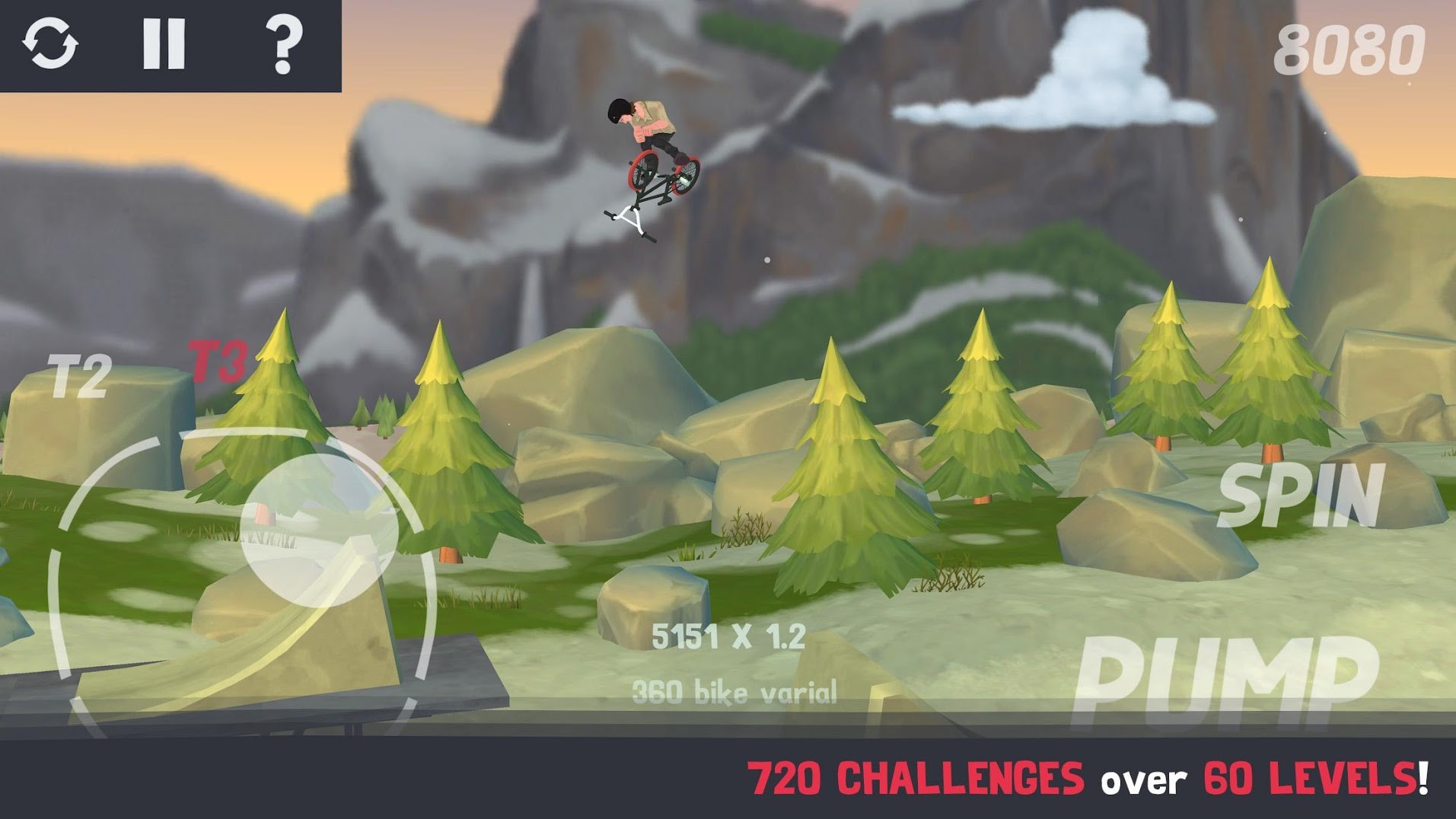 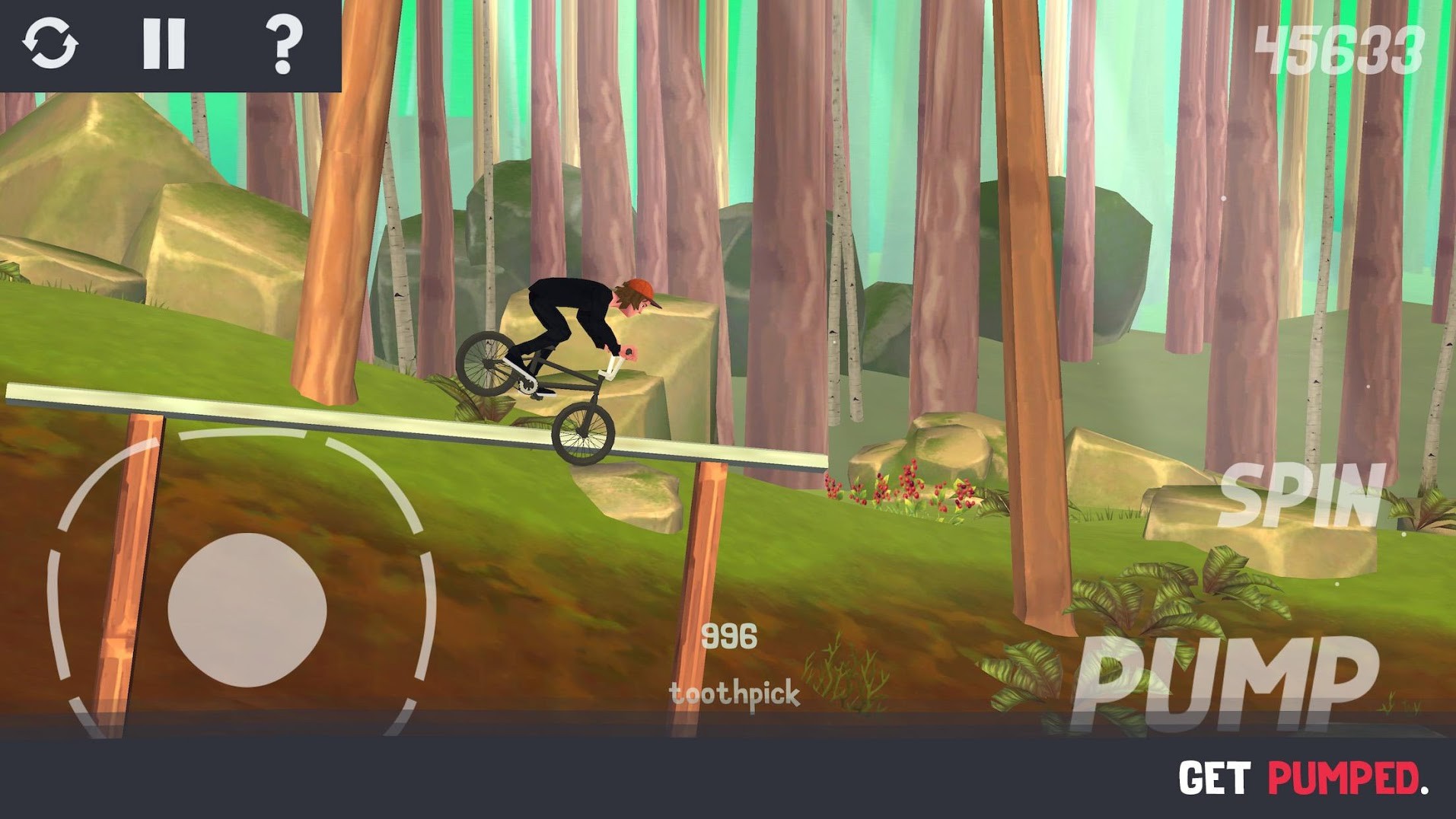 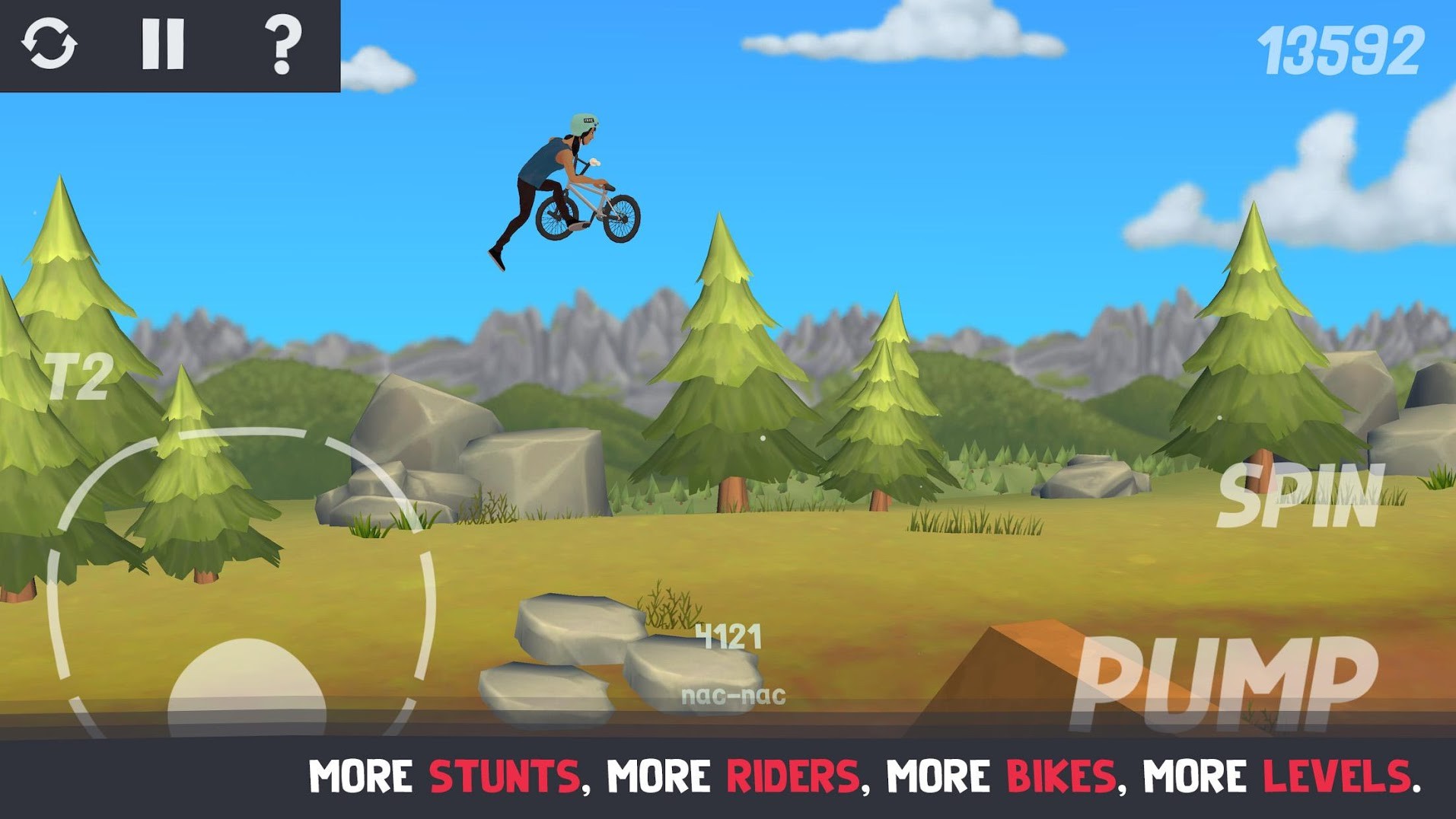 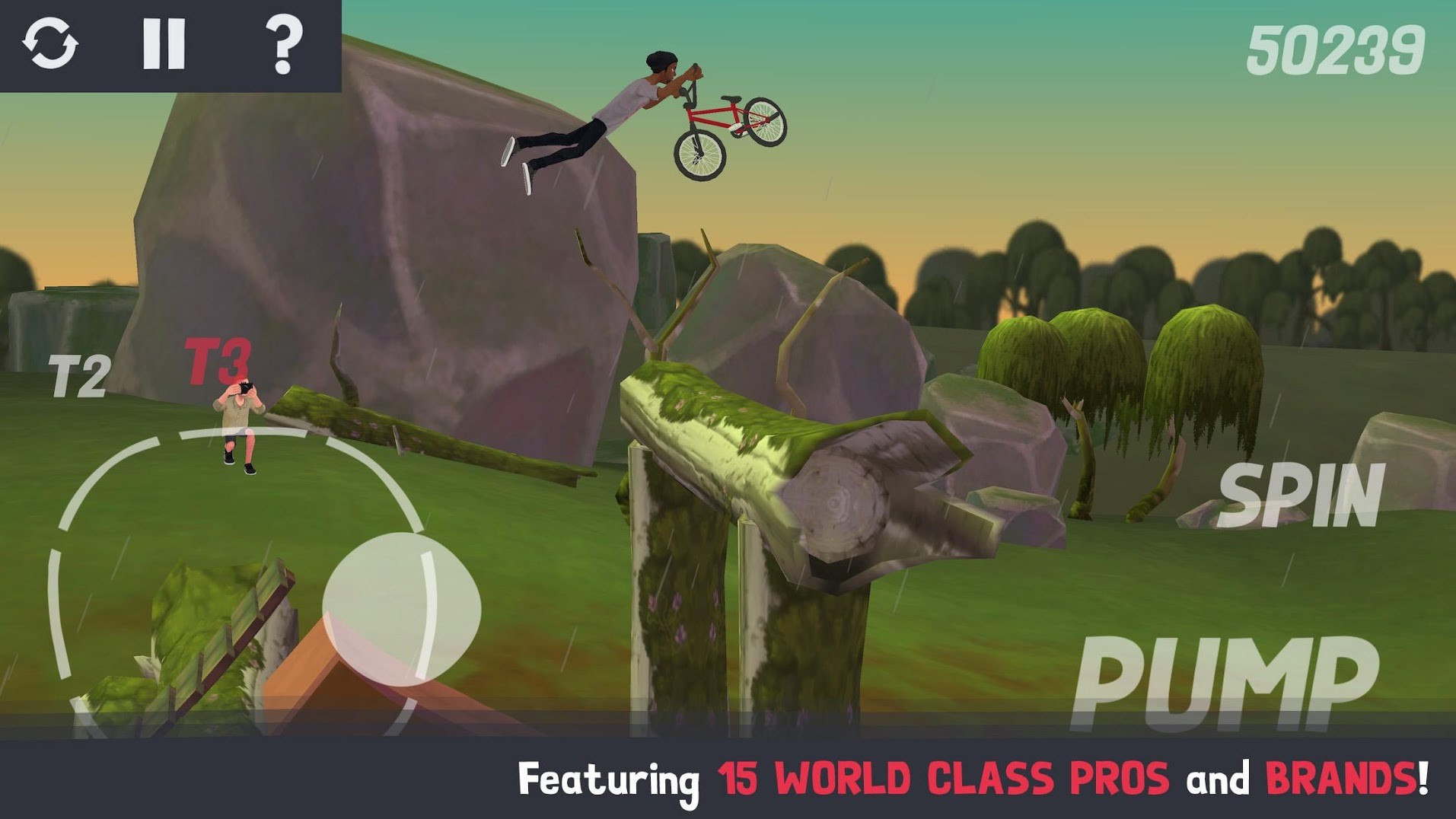 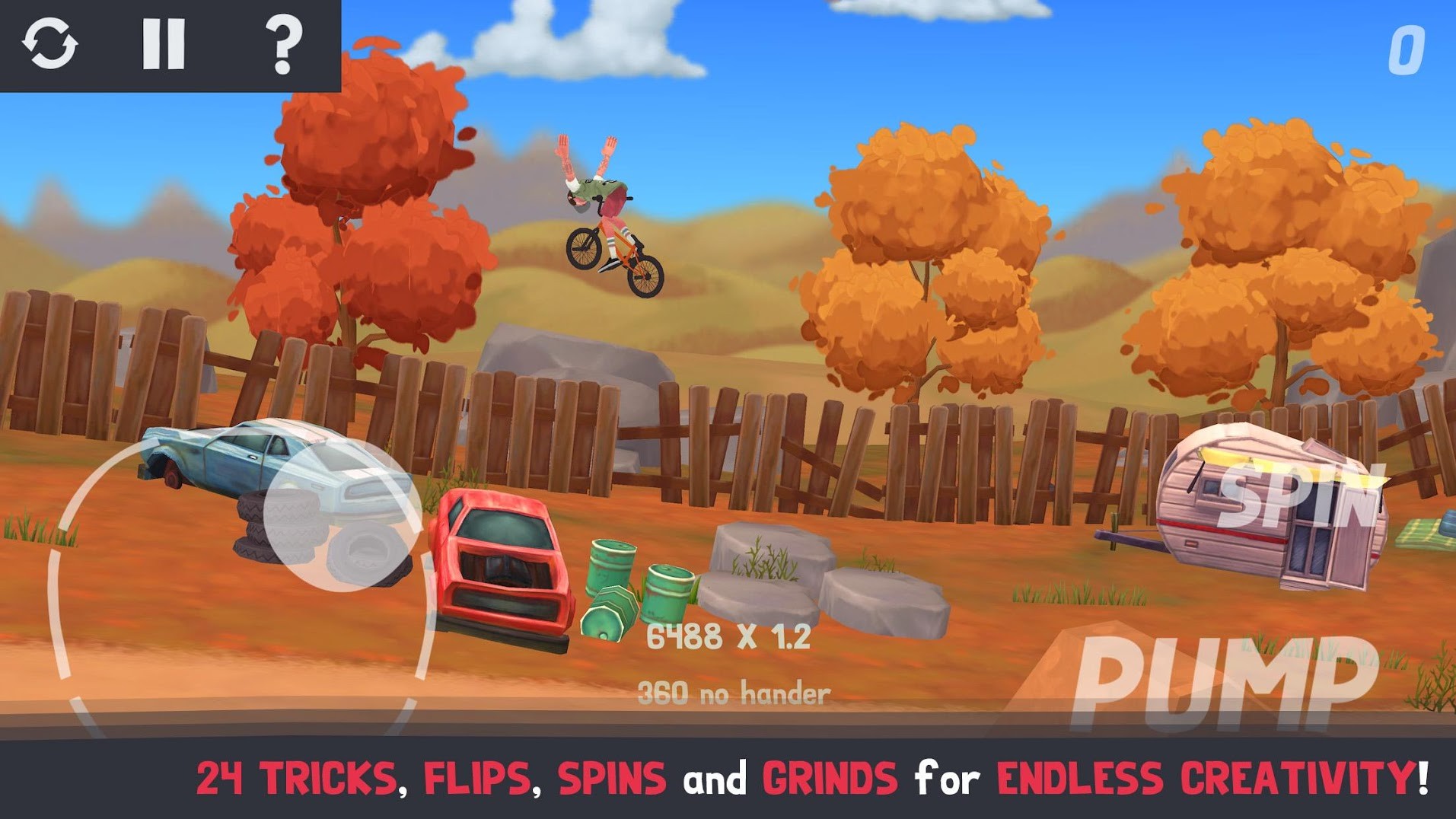