Queen of Drama – Match 3 Game – Queen of DramaIs the title of a puzzle and brain teaser game published by Integra Games Global OU game development studio for Android devices. The game studio has already released other successful games such as Sweety Kitty: Match-3 Game and has a good track record. Match 3 games are one of the most popular and common elements of puzzle and intellectual style, and if you are a fan of this popular style, we suggest you do not miss Queen of Drama – Match 3 Game. This game is very high quality and well made and will surely attract your attention! The story of the play is about a girl named “Quinn” who intends to become the queen of drama in a famous theater. But she is not the only one who has this dream and she has another competitor called “Violetta”. Now you have to help the little girl to overcome her rival and become the only queen of drama in the theater. To do this, you have to go through the various steps that you see in the map one after the other and solve their puzzles. At each stage, the puzzles appear in different forms and have specific goals.

In the game Queen of Drama – Match 3 GameThese puzzles are theatrical masks that show different facial expressions of actors such as laughter, crying, and اما but what is important for the puzzle is their colors and you should try to match the masks of the same color to remove And you can earn points and rewards. You can get points and rewards by matching 3 masks of the same color, but if you want to access special powers and auxiliary forces, you have to match 4, 5 or 6 masks of the same color. Overall, the content of the game is very attractive and fun and can bring you a good experience. Visually, the graphic space of the game is beautiful and eye-catching and has a good artistic design. Also, for the masks and the game environment, a combination of bright colors has been used, which creates an atmosphere of joy. The controls are designed in their most advanced mode, and all gaming functions are easily accomplished by tapping your device’s screen. It is worth mentioning that gamers can participate in online competitions in addition to offline campaigns and compete with other gamers around the world. Queen of Drama – Match 3 GameIt has an excellent score of 4.7 out of 5.0 on Google Play, and the Usroid teamintends to provide this game to you dear ones in a tested and completely free way. You can now download this game from our servers and enjoy it. 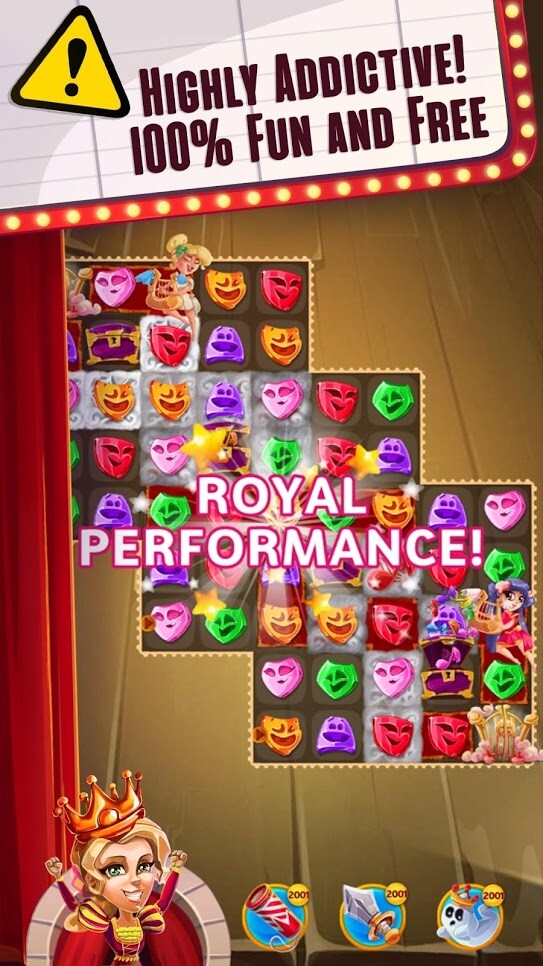 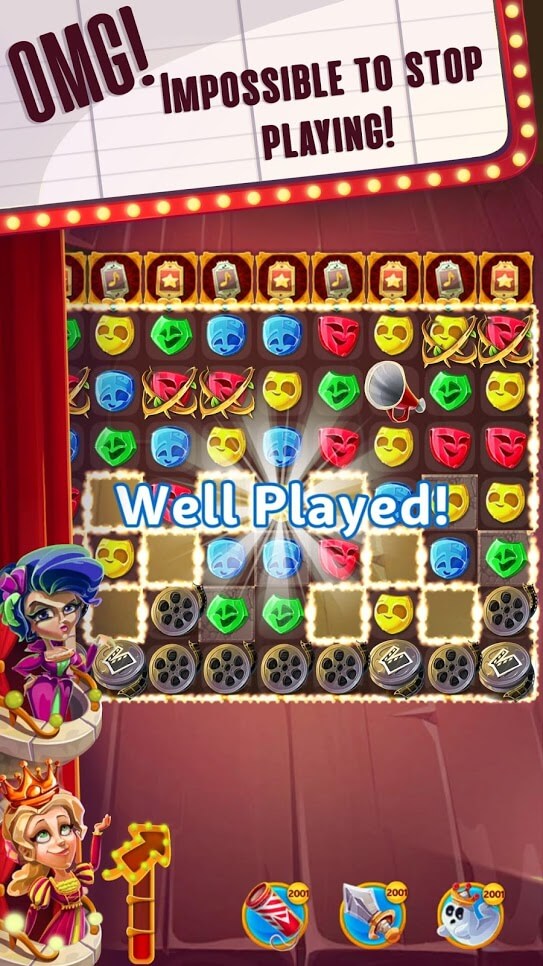 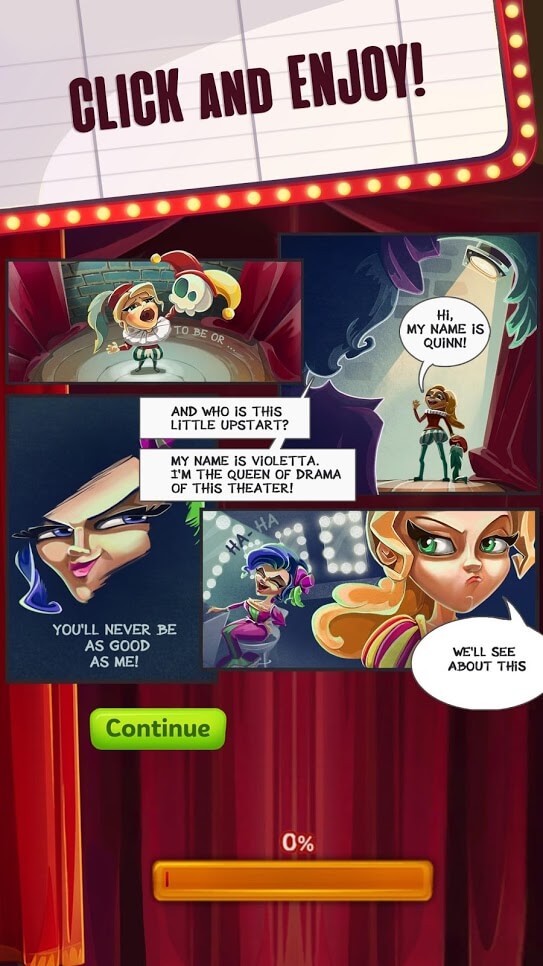 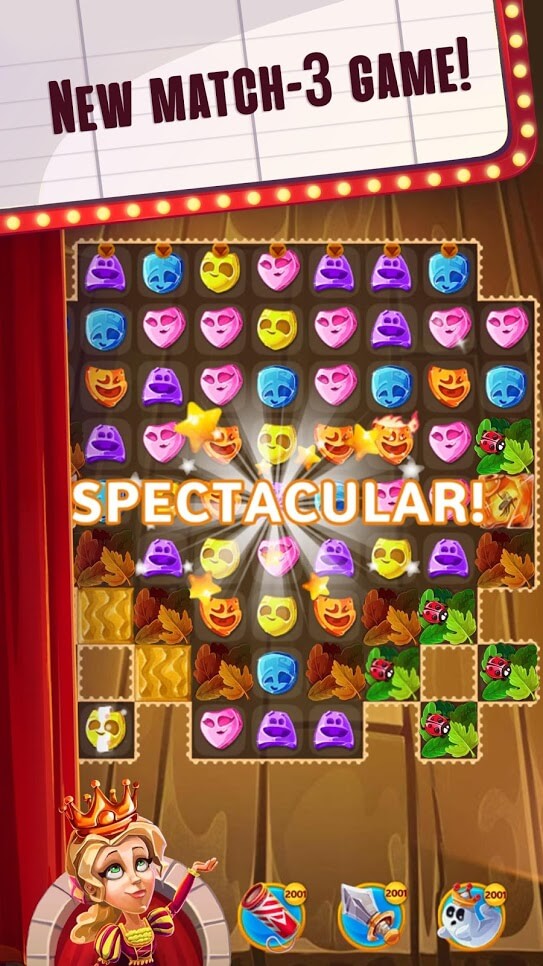 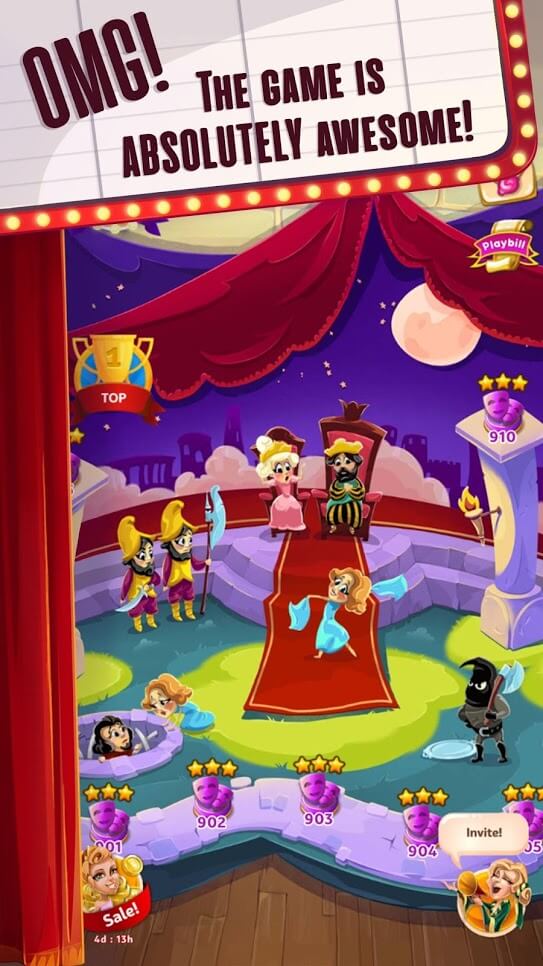