RAM Cleaner Pro v1.1 – a simple application for cleaning the RAM of the purchased Android
version and complete for $ 0.99 for the first time in Iran

Smart devices use two different memories to store information, one of the most important of which is RAM, which is a place for temporary storage of information of running programs. Sometimes it has happened to all of us that we have encountered slow execution of orders; This problem may be due to the occupation of RAM memory, if you do not solve it, you will see the crash of large software! There are two different ways to deal with this problem, the first of which can be considered the closure of programs by the user, you should know that some of them remain verbs! But in the meantime, special software has been published to solve such a problem, and in this post we are going to introduce one of the newest ones. RAM Cleaner ProTitle is a simple application for clearing Android RAM, which was developed by Yuriy Bogatyrev and published on Google Play. With a completely simple environment, this software helps users to close all running programs in the background with just one touch and restore the speed of their smartphone. If you do not want to run the program continuously and touch the wipe option, just go to the settings and use the available option for automatic wipe at different time periods.

Some features and capabilities of Android RAM Cleaner Pro:

The RAM Cleaner Pro app has been released by Google Developer on Google Play for $ 0.99 with a special feature to stop programs; This software has not been sold yet, and you will be one of the first users in Iran and the world to receive the purchased version from Usroid website ; As mentioned in our version, all features are available. 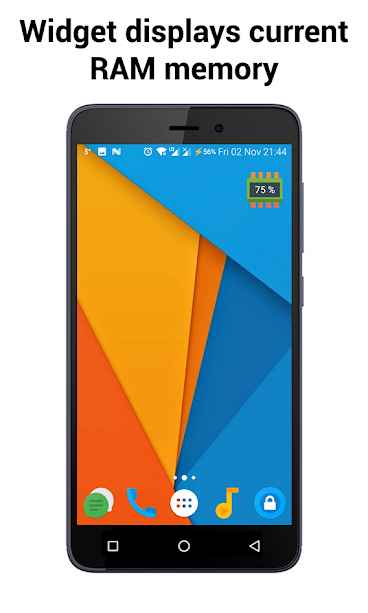 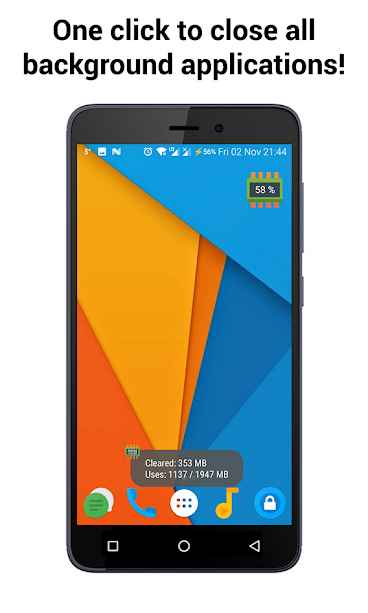 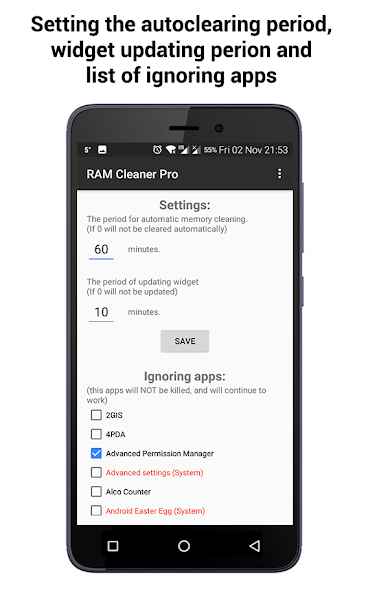