Recontact London: Cyber ​​Puzzle is the name of another game in the Recontact franchise and puzzle style from the creative studio Recontact Digital Arts, which is known as the first paid game in this series. This game is actually an evolved version of Recontact London game that we had previously introduced in Usroid . Recontact London: Cyber ​​Puzzle can be considered a replacement for the previous game, because this studio has obsolete its previous game and has now designed and published this title instead. This series is another game called Recontact Istanbul: Eyes Of Sky also has that we have introduced it to you friends in another article from Usroid, and to view that article and download the latest official version, you can click on the name of the game. This time, in this article from Usroid, we decided to for the first time in Iran introduce you to another part of this game series and invite your loved ones to the full version of the game by preparing a paid version of the game in the form purchased. If you are familiar with the other two games in this series and other similar titles in the same genre, you must know that the style of cinematic-interactive games is a style of modern games in which players control the characters of the game completely differently than They will be responsible for everything they have experienced so far. In interactive or cinematic games, you are dealing with a complete movie, and all the events and currents of the game are filmed with real scenes and actors. Perhaps that is why it can be said that games of this genre are more of a story than a game, and you will be a spectator rather than a player.

In Recontact London: Cyber ​​Puzzle also an interactive and cinematic game, you have certain tasks at the heart of a crime story. From time to time, between the stories that are displayed, you have the task of choosing from several options so that the game character will execute your decision accordingly. Needless to say, these decisions and choices are exactly what influences the game’s storyline and outcome. Therefore, the first important principle in this type of game, including Recontact London: Cyber ​​Puzzle, is sufficient familiarity with the English language and smart choice. Of course, in addition to this, in parts of the game you have to solve simple and not so complicated puzzles. The story of Recontact London: Cyber ​​Puzzle takes place in the city of London. A report is given to the London police in which it is said that a ghost was seen on the streets of London. The news spread soon and the police were forced to take action to investigate the incident. They start surveying the streets of London through CCTV cameras and finally see this ghost, which seemed to be a simple rumor, and realize that the story is much more complicated than that. They find that the ghost is actually telling a particular story, and they speculate that certain forces and possibly a professional person or persons are behind the story. So they are asking for your help as a special police officer to investigate this case. In Recontact London: Cyber ​​Puzzle, you have the task of surveillance of the situation, finding suspects and anything strange that happens on the streets of London with CCTV. Can you find the secret to these events? According to the game developer, the choices and actions you make during the game mark the end of the story. This beautiful game with attractive and cinematic designs can make you very happy and for the first time convey to you the feeling that you are really in the role of a character from a movie. So do not procrastinate and download the box right now Usroid Get the latest version purchased and the full game for free.

– Download the data file and decompress it. Copy the com.recontactgame.cyberdetective folder to the Android / obb path of the device’s internal storage. 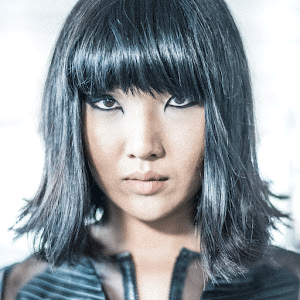