Record My Screen HD No Root Premium v1.1 Unlocked – Screen video app for Android devices without the need to root
the premium version and unlocked with all features available

In the Android Market (Google Play) there are various programs for filming the screen of Android devices, most of which require root access and other applications also require Android 5.0 and above! Now, after your repeated requests, dear users, we have decided to introduce a unique program for recording videos from the screen without root access on Android 4.0 and higher devices! Application Record My Screen HD No Root Premium will help users to more easily with various tools to record a video of your device’s screen AndroidPay yourself. As mentioned, this program, unlike other published programs, does not require root and Android 5.0, and can surprise you with the high quality of its recorded files. Different types of formats are available with different bit rates, which you can use according to your needs. All background sounds or microphone sounds can be recorded and placed on the recorded videos, which can help users in preparing educational videos. Each time you record, just shake your smartphone to stop video recording from the screen and the recorded video is saved automatically. On the other hand, a simple and ordinary tool for recording screenshots from the screen is included in the application, which you can take a screenshot of different parts of your device just by shaking it.

Some of the features and capabilities of Record My Screen HD No Root Premium Android:

The wonderful app Record My Screen HD No Root Premium did not require root access for recording and was able to get a score of 4.4 out of 5.0 by paying within the network . The unlocked and premium version of this application is now available on Usroid servers , which you can download for free, along with the availability of all features.

* The released version is the initial version of the program and has not changed so far. 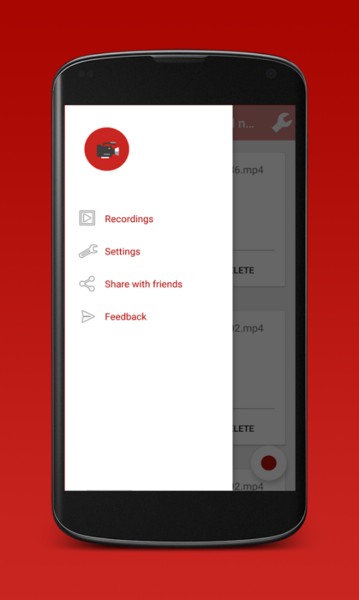 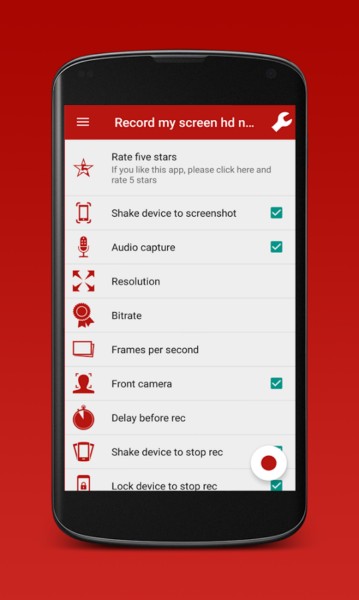 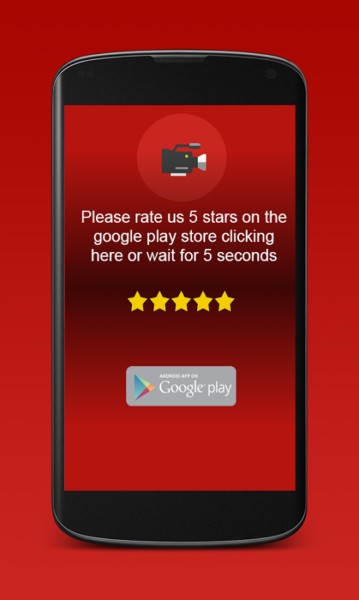