Rooster Teeth Vs. Zombiens is a new game with HD graphics in the style of action- strategy games from Team Chaos game development studio for Android, the first version of which was released a few hours ago for $ 3.99 in the Android Market (Google Play) and we decided to use it as always. We will introduce regular users to you as soon as possible. Game storyFrom Google Play: “An unidentified spaceship landed in Rooster Teeth Studios and the strange creatures along with the zombies started destroying everything!” “Meanwhile, the special eight-member team of the studio, of which you are one, must try to save themselves and those around them, and destroy the zombies and other enemies one after the other!” Yes, you must use all possible means to destroy space people and zombies and clear the studio of them.

Some features of the action game Rooster Teeth vs. Android Zombiens:

* An 8-member team to clear locations from enemies

* Ability to build more than 10 different traps to destroy enemies

* Eliminate enemies in a variety of locations and environments

* Having HD graphics with exciting and great sound

Game Rooster Teeth vs. Zombiens now in the Android Market has a rating of 4.2 out of 5.0 that we Usroid the first edition of this at your disposal are a fully tested and offline. Join us to see pictures of the game… 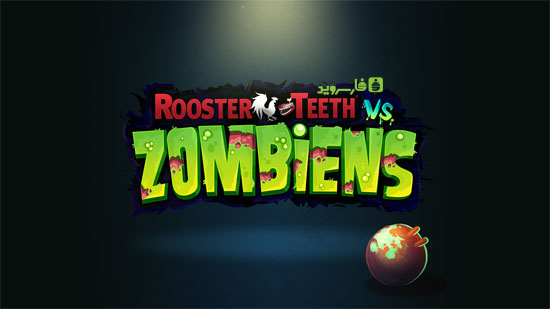 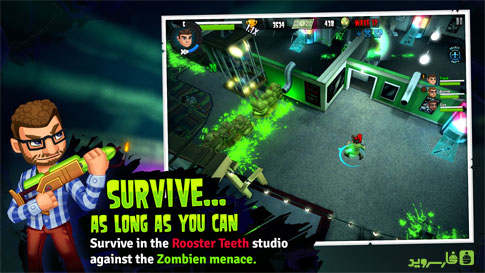 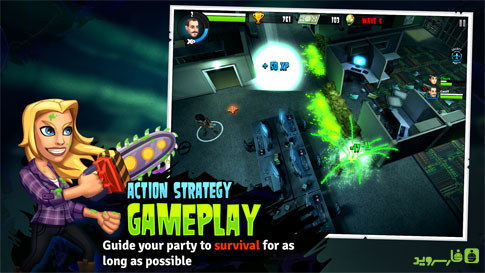 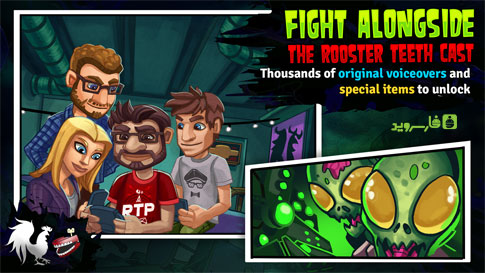 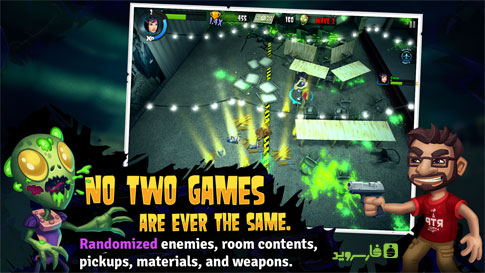