Rope Rescue! 2.11 – Download the update of the puzzle game-thinking rescue with a rope for Android + mod

Rope Rescue! – Unique Puzzle is the title of a puzzle and brain-teaser game published by Coda Platform game development studio for Android devices. The game development studio has already released good games for gamers in the Android Market and has shown that it knows its job. Rope Rescue! – Unique Puzzle is another good and popular game of this game development studio, with more than 10,000,000 active installations in the Android Market, is the only seal of approval for this popularity. This game has shown once again that you do not need to spend millions of dollars to be fun, and with a simple game, you can bring entertainment to gamers. Rope Rescue! – Unique Puzzle has a very simple gameplay and its gameplay mechanisms are not complicated at all. The structure of the game is step-by-step and you only pursue a specific goal in each stage. At each stage of the game, a number of puppets are stuck in one place and you must be able to help them get out of that place with a lifeline. You may think this is a simple and childish task and it is not challenging for you at all. If you think so, we have to say that unfortunately you are sorely mistaken, and after a while of progressing in the game, you are faced with such complicated steps that you may stay in one step for hours. At first, you just have to move the mannequins from one place to another and this is very simple. But there are obstacles in front of you that do not allow all the dummies to reach their destination safely.

By introducing these obstacles in Rope Rescue! – Unique Puzzle, which are the gears, you realize that not everything is as simple as you thought, and you face a serious challenge. The gears are static early in the game and you can easily pass the ropes along them, thus getting all the mannequins to their destination safely. But later the gears move and make it difficult for you to predict when the mannequins will move. All in all, the idea of ​​the game is new and the puzzles are unique and new. The formula for solving all the puzzles is the same, but each puzzle and each stage has its own unique identity. The gameplay is well challenged and has a balanced degree of difficulty that provides a satisfying and entertaining experience. The gameplay is not boring and monotonous and the game reward system allows you to unlock different characters in the game. The controls are very simple and all the game mechanisms are easily done by tapping and dragging your finger on the screen of your device. In addition, a short tutorial at the beginning of the game will help you learn all the gameplay mechanics and learn more about how to play. The graphical space of the game is very simple and is designed in a minimalist way, but still the appearance of the game has its own charms. There are no specific sounds in the game that we want to talk about, but we must say that this is not a weakness for such a game. Rope Rescue! – Unique Puzzle was able to score 3.6 out of 5.0 in the Android Market, and the Usroid team intends to provide this game to you dear ones in a tested and completely free way. At the end of this article, you can download this game from our servers and enjoy running it! 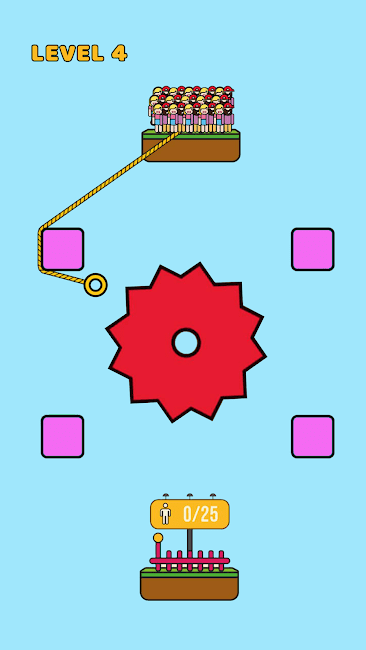 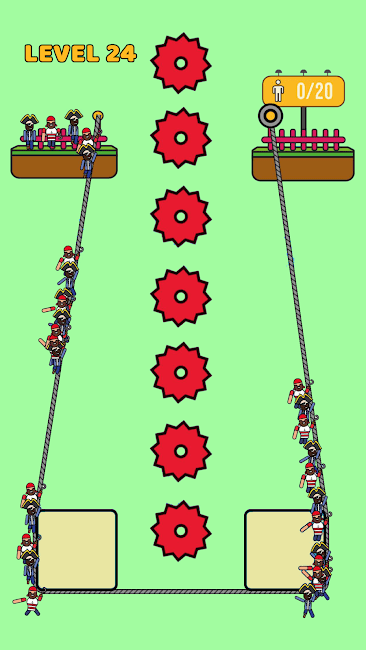 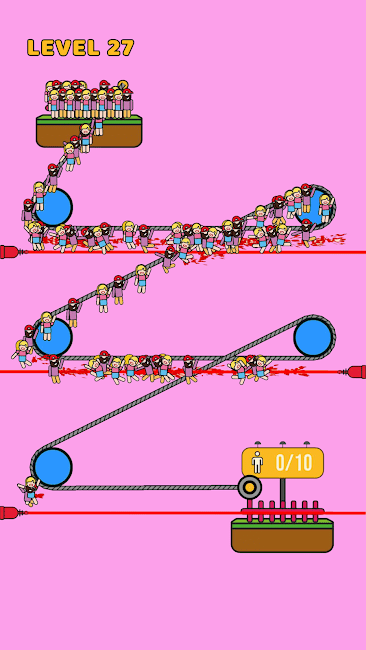 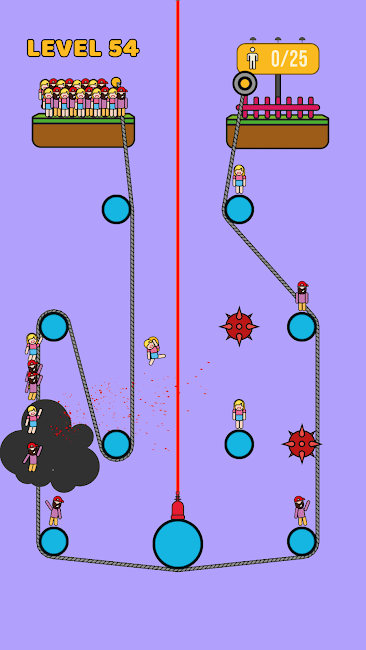